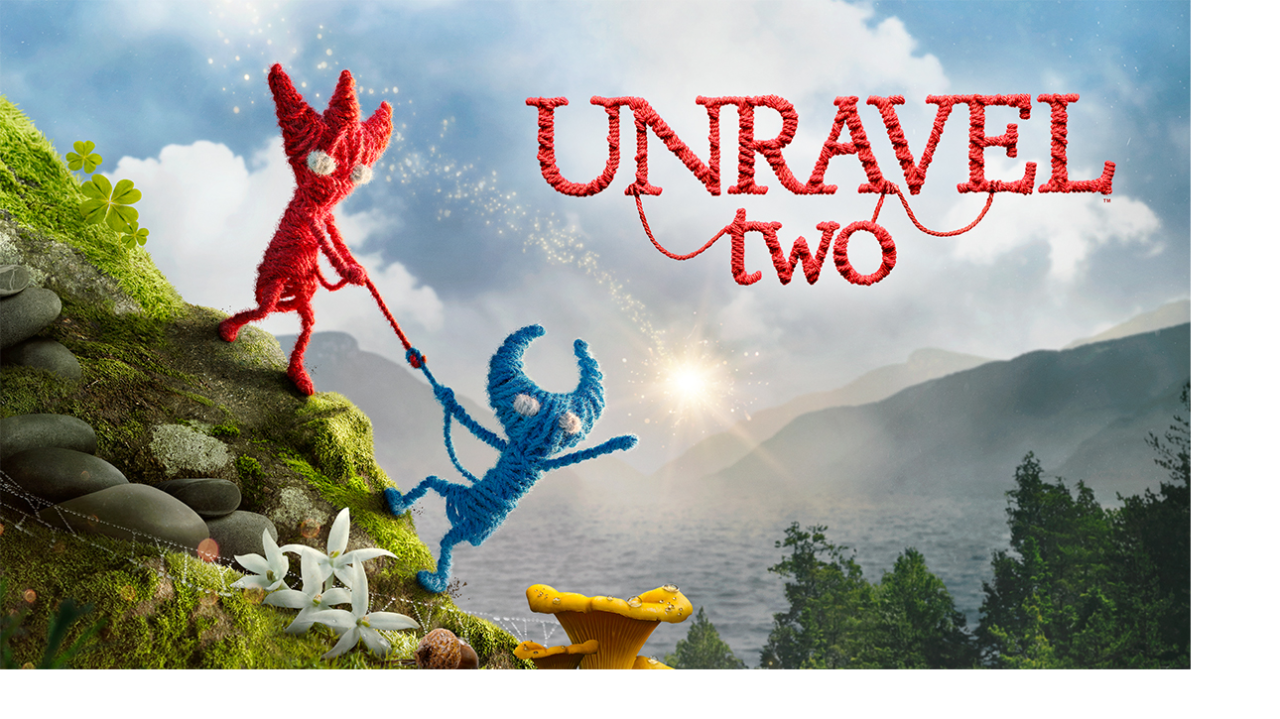 Unravel Two is a puzzle platformer that manages to leave a strong impression. ColdWood Interactive has crafted an adventure with an alluring, though vague, story, and wrapped it in true-life visuals for an often spectacular presentation. Add in the option to tackle this game solo or with a friend and you have a game that’s worth a long look.

I should note that I’m generally not a fan of playing a sequel before experiencing the original. Why wasn’t Unravel released on the Nintendo Switch first? Nevertheless, controlling your tiny threaded critter, Yarny, is fun. Actually, you control a pair, tied together. After meeting your partner during the intro, you start to become familiar with swapping between the duo. A bit of practice is needed, but you can also have one piggyback the other at times. Before long, everything will click, and you’ll be running, hopping, climbing, swinging, and wall jumping like a pro.

When playing with a friend cooperatively, I recommend not using a single Joy-Con each as this makes some of the controls, like swinging, uncomfortable. Nonetheless, the controls are tight in either mode, and you’ll find yourself getting into a rhythm.

The opening level is basically your tutorial, and a bit bland compared to what follows. But once past this, the world of Unravel Two opens up in favorable ways. I do find the main hub a bit annoying though. The lighthouse, while quite interesting to look at, proves needlessly complex when trying to pick which chapter to replay. The Yarnys are just a few inches high, so navigating the large structure can feel like it’s wasting a bit of your time.

Still, the environments in Unravel Two shine, in particular, the urban ones. Running across city rooftops, or a large rain-soaked park at night offers some real eye candy. The screen zooms out as the Yarnys separate (to a point) giving a real sense of scope. You can even optimize the game to have better graphics over higher frame-rate, or vice-versa. Customizing your Yarnys is another visual perk. Some things can be tough to see like points where you can tie yarn to make a bridge. So, you’ll need to decide if you prefer handheld mode with the Switch held close to your face, or a large TV with better HD clarity.

Unravel Two can be a dark game at times, and not just from brightness levels, which can thankfully be adjusted. While many of the threats are environmental, like water, shadowy monsters also pose a danger. Also, the hazy plot leads to some occasional hazy background imagery of children in danger. The game is E-rated, but maybe an E10+ would’ve been a better fit.

While I beat Unravel Two’s admittedly untaxing seven levels in just five hours or so, there’s still a good deal to return for. Bonus levels, with an increased challenge, are still calling. Dozens of collectibles means I missed several my first time through. You can also earn medals depending on how fast you playthrough a chapter. Not recommended for the initial run, except maybe those parts where you must move fast out of necessity – outrunning a forest fire for instance. Optional hints are available for the few tricky sections. 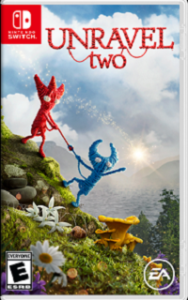 If you’re a genre fan, Unravel Two would be a very good choice, even more so if you have someone to enjoy its puzzles with via co-op. While some of its choices didn’t quite hit the bullseye –  much of the folk music clashes with the on-screen action – it offers a solid amount of high-quality content. And again, Unravel Two will leave you thinking, which is another plus.

If you’re a genre fan, Unravel Two would be a very good choice, even more so if you have someone to enjoy its puzzles with via co-op. While some of its choices didn’t quite hit the bullseye –  much of the folk music clashes with the on-screen action – it offers a solid amount of high-quality content. And again, Unravel Two will leave you thinking, which is another plus.