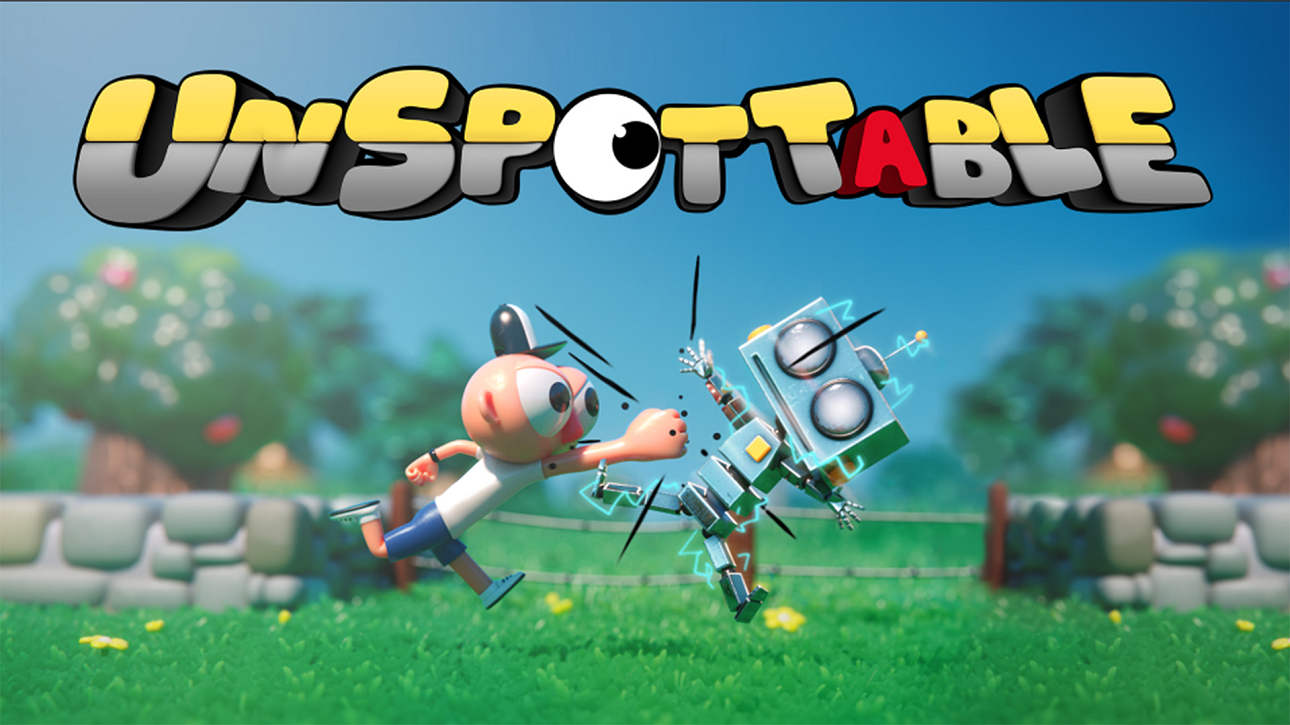 As a competitive couch party game (no co-op), Unspottable isn’t bad. Unfortunately, it releases in a time when smart people aren’t inviting friends over for couch parties due to the ongoing pandemic. So, without any online play, this game is for families only.

The goal is to punch your friends before getting punched yourselves. This is a multiplayer-only title, so if you’re hoping to practice against computer AI, you’ll be disappointed. In truth, it would’ve been beneficial for the developers to put the extra effort in for some solo enjoyment.

What makes the gameplay a challenge is that everyone blends into a crowd of identical-looking characters. So the first task is locating the one you are controlling. My wife and I had matches end before we both could identify who we were managing. But this approach works given the limits of sharing a single screen and adds a surprisingly welcomed layer of unexpectedness.

Don’t expect to run and punch willy-nilly. Running will likely draw attention to your locale, though it’s no guarantee your competition will find you on the crowded screen. Likewise, punching will, with the added effect of making your character eventually freeze. So you’ll need to take a more conservative approach. Thankfully there’s no time limit, so you can patiently study the screen.

Unspottable is in want of some options. You can choose the number of points you play to at the start. But other areas are lacking. Besides no option for solo or online play, you can’t remap the controls. You might think it’s simple enough walking, running, and punching so that it’s unnecessary. But, you can also distract your competition on occasion, drawing attention away from you. To do so, you must hold down four buttons, and it’s awkward. There’s also no option to increase AI robot’s aggressiveness. Sporadically they’ll try punching you and your friends on some levels (making you lose a point), but not all, which reveals a shortage of gameplay depth.

Options would’ve especially been advantageous for level bonuses and threats. Some levels have bonus points, examples being the Supermarket and Sushi Bar where you can collect four specific items and exit. Others have additional threats, like the Factory, whose crushers can destroy you. These levels fare the best, and I wish an option to add more to the reaming (largely punch only affairs) existed.

Still, the level design has variety, and they look fine for this type of game. After each level, a loading screen is followed by a score display before you can continue. Neither of these is that long, but they add up, and you may wish the game booted you straight back to the level selection, especially if playing in a larger group.

A multiplayer game with no online is a tough sell in the era of the Coronavirus. But Unspottable is enjoyable enough that I give it a mild recommendation, so long as you have people in your house to play with. This release would benefit from a solo mode and more options, but it’s decent as the first title from a small indie studio.

A multiplayer game with no online is a tough sell in the era of the Coronavirus. But Unspottable is enjoyable enough that I give it a mild recommendation, so long as you have people in your house to play with. This release would benefit from a solo mode and more options, but it’s decent as the first title from a small indie studio.