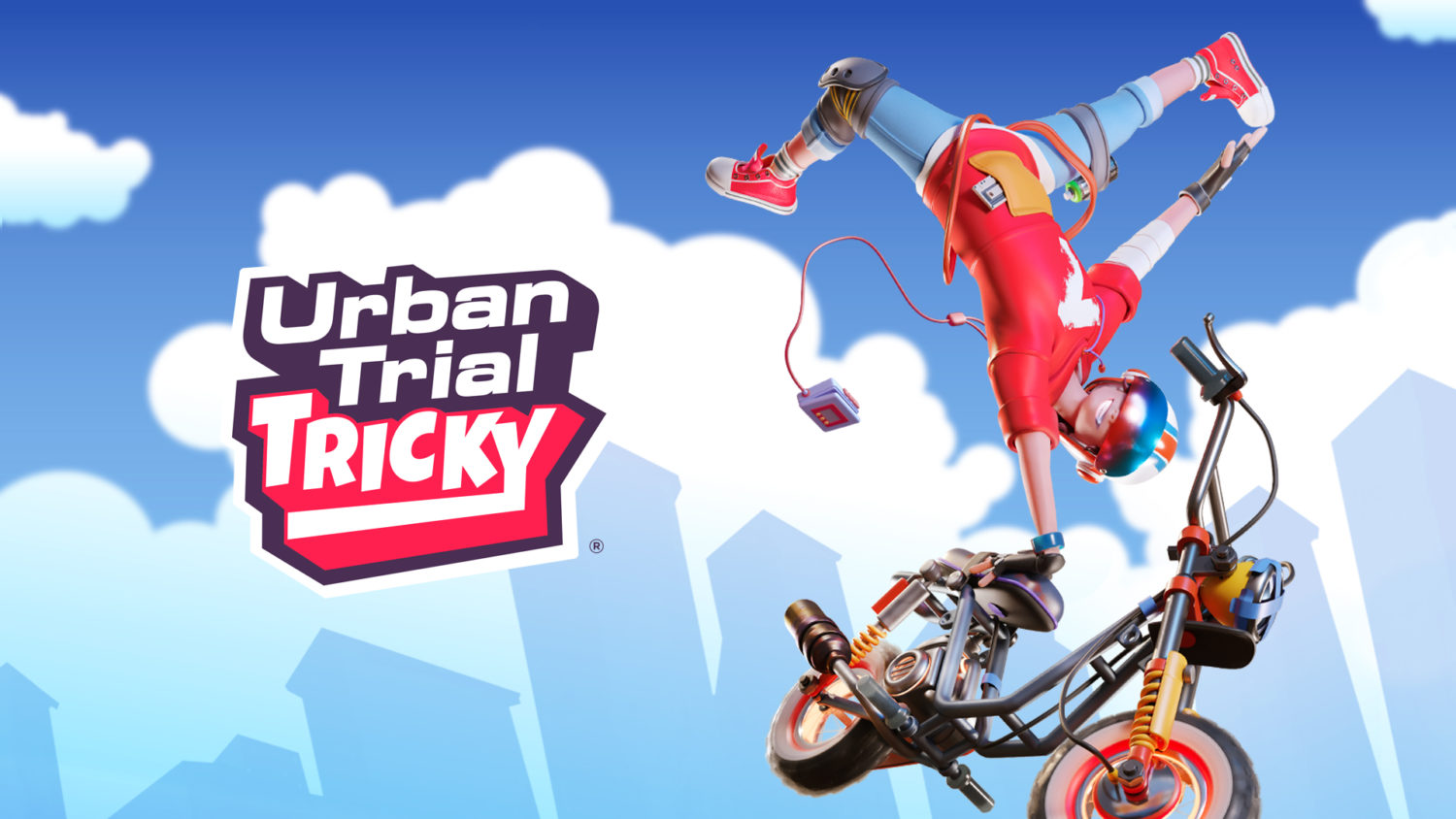 Urban Trial Tricky is a sports title for the Nintendo Switch. It sees you straddling your trusty motorbike and performing crazy stunts across various locations, all in the hope of earning the highest score. It’s mostly a fun time, too.

This isn’t the type of game that needs a story. Instead, you start with a simple bike, ready to hit the tracks. You can select different costumes and bikes, most of which are locked initially, but there are no avatars per se; you just get the one dude. I’d like to see a little more diversity here, please, like a female character as an option. 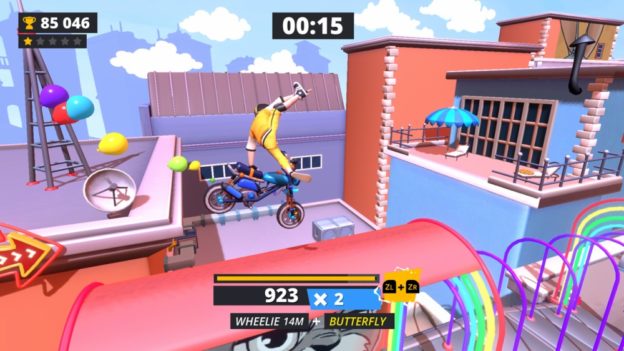 The game begins with a few tutorial levels, which is a great way to ease you in. Tricks are actually fairly easy to pull with the touch of a button, combining to generate combos and rack up the points. Crashing is equally easy; thankfully, you respawn quickly, right where you crashed, with no time lost. Urban Trial Tricky is very forgiving this way, which is great news for anyone who, like me, is just as uncoordinated on the virtual track as they would be on a real one.

In fact, I had more fun with this title than I initially expected, not being much of a motorcycle enthusiast. However, it’s not without its flaws.

Firstly, it can feel tedious or even a bit like grinding to unlock new levels. While the game is touted as having infinite gameplay and freedom, you have to unlock each level by scoring a certain number of points on the previous track. On the one hand, this provides a strong incentive for replay; on the other hand, it’s hard to get three stars on your first non-tutorial level! If you enjoy constantly trying to beat your score, you’ll have a ball. There are leaderboards to contend with, too. And practise does make perfect.

On the plus side, there’s plenty of variety in the tracks and gameplay to keep you coming back for more. Some levels will ask you to complete a short circuit as quickly as possible, while in others, you have to perform as many tricks as you can within a time limit. There are also many items available for purchase, from crazy outfits to new stunts, using the cash you earn along the way. 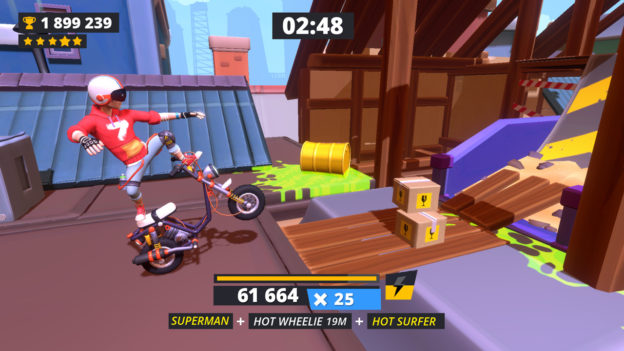 Each of the thirty-plus areas is fairly short, which is good for gaming on the go – you can pick up your Switch and play a round or two, then shut it down and get back to real life. But it does feel limited at times, like there’s not enough room to really harness the full abilities of your bike and stunt rider. You can flip your bike around – in fact, you have to do this – so that you can ride back and forth through each area. It’s fun for the most part, but some tricks are hard to pull off without the room to do so.

Visually, the game is fine. It’s nothing spectacular, but the cartoony style suits Urban Trial Tricky, since those awkward-looking crashes come across as quite comical and don’t feel real – no one gets hurt here. It’s not the sharpest-looking title, but again this aesthetic gives it a rough edge that suits the sport. This is a budget title, after all; don’t expect next-gen graphics here.

Overall, Urban Trial Tricky is a fun game to play casually. Some tricks and combos can be tricky to master, but they’re exciting to pull off. Levels are short and sweet, though there are a lot of them to keep you entertained. It’s not perfect, but it’s fun for short bursts and will appeal to those who chase high scores.

Urban Trial Tricky is a fun casual game. Some tricks and combos can be tricky to master, but they’re exciting to pull off. There are plenty of short and sweet levels to keep you entertained. It’s not perfect, but it’s fun for short bursts and will appeal to those who chase high scores.