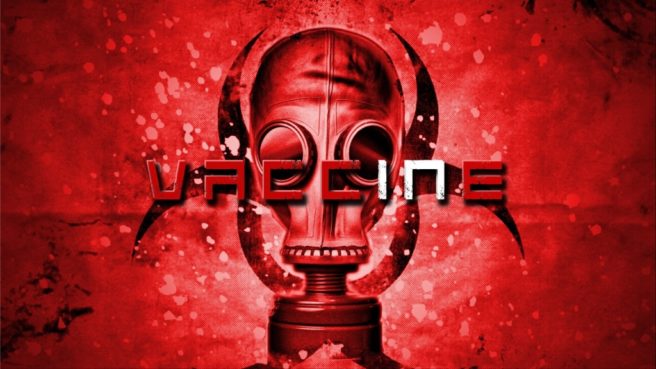 Vaccine is a retro-style horror game in the vein of classic ‘90s horror titles like the original Resident Evil. Naturally, there’s a virus of some sort and ensuing zombies are on the loose, but to make matters worse, you’re trapped in a house with them. With you is a friend who’s infected, and therein lies the simple premise: find a cure for your friend within 30 minutes.

Starting the game is quick and easy: simply choose your character and off you go. You begin in a plain room, with your friend lying on a bed. The game itself is quite dark and gloomy, though you can bump up the brightness in-game, which helps see into those darker areas. It’s set entirely in a house with randomly positioned rooms each time you play. This is a nice touch, since it adds to the difficulty by forcing you to start afresh each time you die. It’s fairly linear in its progression, though, and for the most part, death will come via attacks and not from the rundown of the clock. Thirty minutes is a surprisingly long time to stay alive in this game. 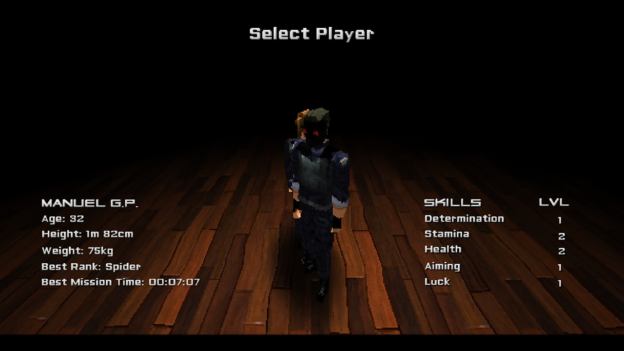 This is partially because of the awkward controls. Instead of moving with the control stick, you use the left or right directions of the D-pad to rotate, then the forward and back directions to move. This whole process is cumbersome, and was frustrating at first. Once I was used to the controls, it was tolerable, but it’s not ideal in a game where you have to quickly avoid or fight zombies and other creatures. For me, simpler controls would have improved this game in a big way.

There are several hidden objects that are essential to your quest, such as keys and weapons. Most of the time a sparkle will give away the object’s location, but you can also interact with certain areas, like windows and desks. There are papers to read, something about wormholes and such. Usually, interactions result in useless information, like “A grandfather clock. I find the ticking unnerving.”, but it all adds to the story and atmosphere of being trapped in some kind of deadly outbreak. 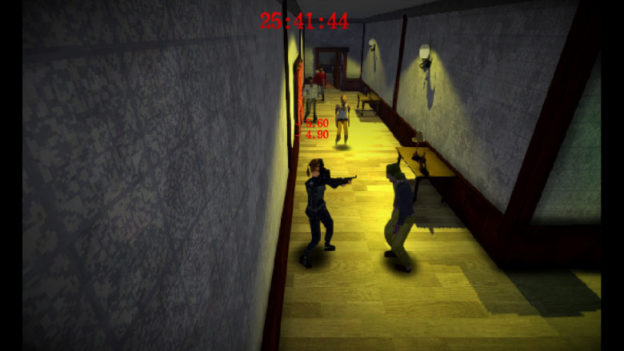 One major disappointment for me is the typos in these messages, which occur frequently. Even the name, “Vaccine”, is the incorrect terminology – a vaccine is preventative, whereas a cure is used to treat someone already infected. These types of errors make the game seem rushed, or unprofessional. It’s not hard to have someone proofread your work, though you can’t do much about that title now.

The graphics are likely to be divisive, since they are genuinely retro in style, right down to the blocky, non-descript sprites. The rooms themselves look OK, though they’re fairly bland in design and color. The blockiness is not as noticeable in handheld mode, but it does seem more like a demo than a full game. The menu system works fine but isn’t well designed, and there’s no touch input. The title screen, meanwhile, looks great – did they use a different designer for that? A little more effort in the design department would really spruce up the game, because, despite my criticisms Vaccine isn’t all bad. 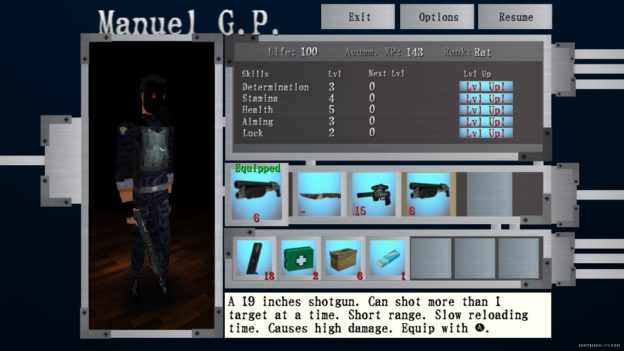 One thing this game definitely has in its favor is the audio. The creepy in-game music is very effective, building up as the timer goes down. There are also some other nice effects, like the crackling of the fireplace when you’re nearby. These effects help to set the mood.

To compliment this – this is a horror game after all – there are some genuinely creepy things in Vaccine, like bats bursting through windows, or a weird creature that walks on all fours like a backward-bent, possessed human. And it just stands there until you get close, then suddenly attacks. Sometimes these creatures are annoying though, since bats (for example) seem impossible to kill without a gun, and I died many times as a result while just trying to get away from the things. 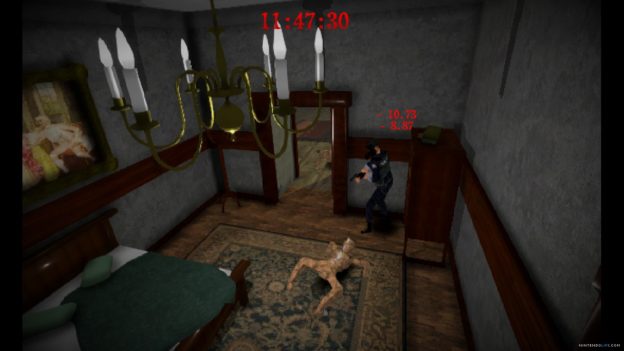 Overall, Vaccine is a flawed game with a few redeeming features. The name still bugs me, since you’re searching for a cure, not a vaccine, but the audio and creepy atmosphere create a mood that some will find entertaining. Some overall polish and tighter controls would have gone a long way to lifting this game.