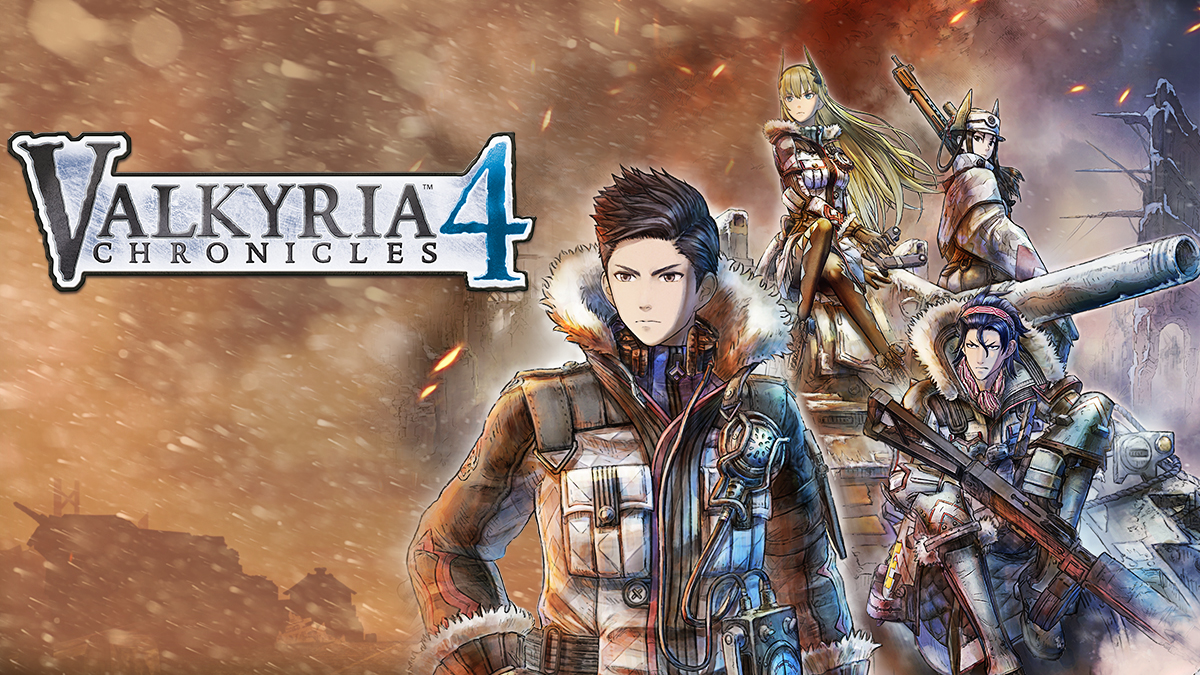 Truth be told, I’ve been wanting to play a Valkyria Chronicles game since I first saw the box for the original on that other side of the local GameStop. But the original was never released for Nintendo. The PC version never hit the Mac. I was obviously thrilled when SEGA announced that Valkyria Chronicles 4 was coming to the Switch, but has it been worth the wait?

Yes, it has. And in my explanation as to why, I’ll review the game as if—like myself—you’ve never played another game in the series since this is the first to hit a Nintendo device.

The Valkyria Chronicles games are set in a fictitious interpretation of Europe, more or less, during a similarly fictitious interpretation of World War II that didn’t involve airplanes. Here, the Axis powers are called the Empire. The Allies are the Federation. This particular story—which runs parallel to the events of the original Valkyria Chronicles (also now available for Nintendo Switch)—centers around a core group of soldiers in the elite Ranger Corps (Squad E, specifically). 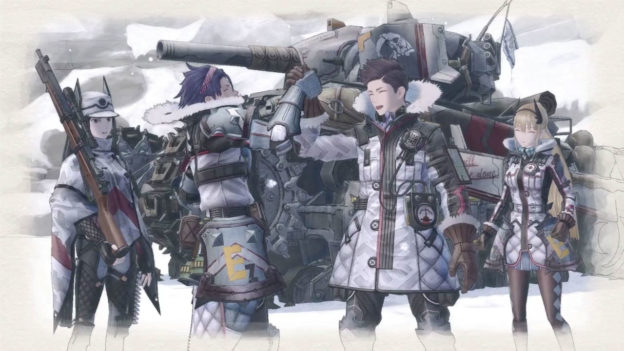 As you’d expect from a JRPG in military fatigues, you’ll experience plenty of melodrama, action, betrayals, inappropriate humor and…uh…combat in swimsuits before the war is over.

The core combat system is fairly unique and central to whether you’ll enjoy this game. Each mission starts with you in control of a squad of varying sizes, and you have the ability to determine which soldiers and soldier types to place on the battlefield: scouts for range, snipers for long distance kills, lancers to take out tanks, etc. 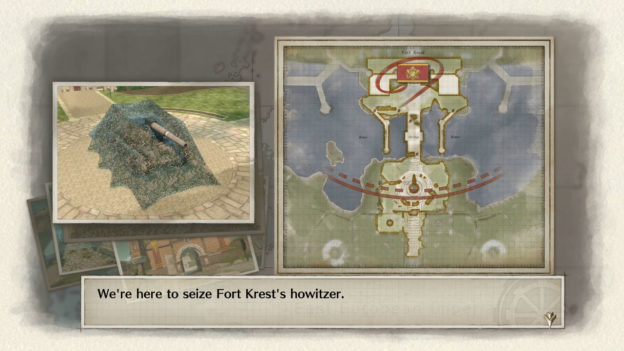 You then get a set number of moves to march your individual squad members across the battlefield in an attempt to clear out the enemy and take/reach strategic points. Each soldier can move a certain distance based on his/her type, getting one action along the way (shoot or heal, basically). When you take the action during that solider’s turn is irrelevant, but you only get one. You can also select the same soldier more than once per round, but he/she moves a shorter distance each time and can run out of ammo, depending upon the weapon type.

It’s not too far removed from playing a game of chess, really, except you often can’t see the enemies until you achieve line-of-sight with them. Battles are, therefore, quite methodical and strategically deep. How you position your soldiers at the end of your turn, for example, can quickly turn the battle to your favor as they pick off the enemy while taking their turn (they will do the same to you, by the way). Valkyria Chronicles 4 gives you plenty of choices to make, too. For example, some of your soldiers can team up to charge together for stronger attacks or to move slower teammates more quickly across the battlefield. You can also place soldiers in troop transports, call in special attacks or medics, request reinforcements, inspire your troops, etc. There’s a lot to consider in each turn, and that’s important to do; if members of Squad E are gunned down, you have only a few turns to get them medical help before they’re permanently killed off, Fire Emblem-style.

It’s important to note here that each member of Squad E has his or her own personality and specialties/weaknesses. There are also squad story bonus missions to flesh out the characters and help you level them up, and you have to use each character a certain number of times in order to access his or her story. This sounds like a cheap way to make you use everyone, but it’s not necessary beyond that; soldiers level as types, not individuals, so all engineers, for example, will hit the same level regardless of how often one is used over another.

It seems complex, but new abilities are rolled out slowly, making it easier to grasp as you go along. It also helps that the story remains engaging throughout, provided the constant change in tone doesn’t jolt you too much. Valkyria Chronicles 4 focuses on the violence and sacrifices of war at one moment, then suddenly shifts to juvenile sexual humor. It does, however, consistently focus on the importance of friendship and trust. And honestly, the game feels more confident with its juvenile humor than with its war commentary; the characters I liked the most are the ones who were more concerned with “beer, bacon, and boobs”—as one soldier put it—than with loyalty to country (fittingly, this fellow often ends up on the other side of a heavy punch from the female characters). 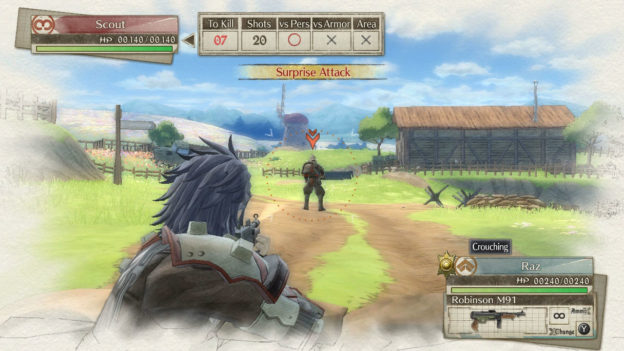 What impressed me most about Valkyria Chronicles 4, however, was its ability to maintain momentum across nearly 30 main levels and over 15 squad story missions, not to mention the DLC scenarios that are just now starting to roll out. You think you have a handle of how this standard war story is going, but then the midpoint comes and everything starts to go bonkers (and I don’t just mean in a mythical way, as suggested by the game’s title).

What impressed me the least is the game’s focus on speed. You’re ranked based on how quickly you finish a mission, not by how effective you were. In other words, leaving enemy soldiers alive and even sacrificing a few of your own along the way gets you better rewards than will competent military strategy. These rewards come in the form of better weapons and experience points used to rank up your squad and their equipment, so you’re actually punished for being smart. There are some odd glitches, too. For example, it’s possible to get trapped behind your own squad members, requiring you to waste a turn to get them moved. Also, getting too close to enemies can cause you to miss them even if you have an obviously clear shot.

Those minor grievances do little to temper my overall enthusiasm for this game. Valkyria Chronicles 4 is often challenging, but never unfair. Its diverse set of missions remains fun and challenging throughout the entire story. The characters are entertaining and—in a surprising turn of events—so well-acted that I never considered downloading the Japanese language pack (a first for me, thanks mostly to Raz and Simon). It’s also a very pretty game, portrayed in the soft blends of a watercolor painting. 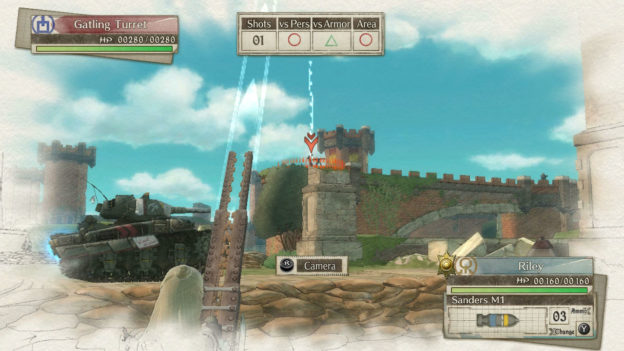 I’d say that’s a nice touch of irony considering the gritty military theme, but that theme mostly takes a back-seat to the game’s focus on friendship and romance, anyway.

Valkyria Chronicles 4 is a game squarely aimed at the Fire Emblem crowd, but any fan of tactical, turn-based combat, military strategy and…honestly…YA romance should at least download the free demo and give it a try.