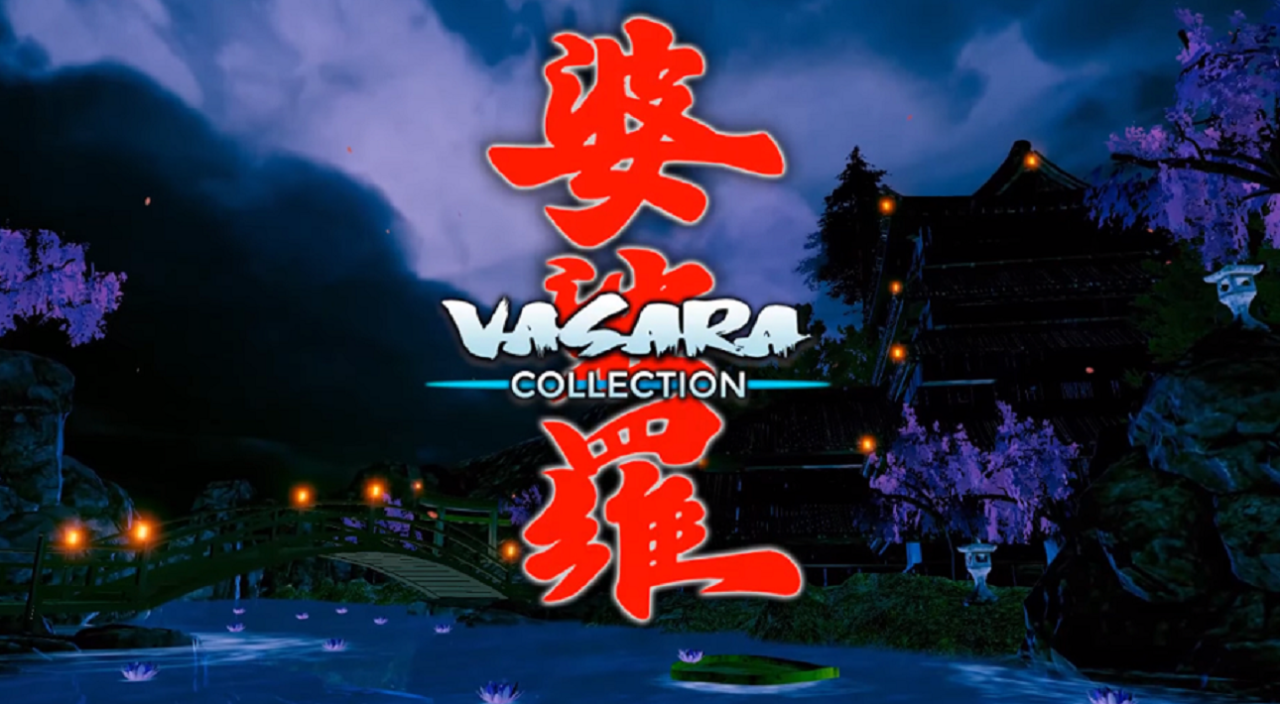 Samurais and Bullets, oh my!

The VASARA series’ debut in the early 2000s started with Vasara, followed by Vasara 2 the following year. Up until I was assigned this title for review, I was unfamiliar with these games – I was even unfamiliar with the publisher, and developers. Being a fan of shoot ‘em ups, since I was a kid playing Gradius, I was surprised I’d never heard of these. Apparently they have never seen a home port until the present day. Boy was I in for a treat.

The visuals in the first two installments show their age with that generation’s style of 2D sprites, but that doesn’t mean they are dull at all. The levels are actually very colorful and fluid with large bosses, and fast-moving animation and bullets. There are lots and lots of bullets! The VASARA Timeless has a completely revamped, and modern 3D look and full use of the screen for your enemies to fill with bullets. The enemy models are a bit lacking in overall detail, but this is compensated by beautifully rendered 3D environments and water and lighting effects The interesting part is the character design, samurais flying on mechanical chariots that shoot and still use a sword for close combat. You never know when you’ll have to cut an enemy aircraft in half in feudal Japan!

The original VASARA has three characters, VASARA 2 has four, and the VASARA Timeless mode has eight different players to choose from, providing different specs and abilities to implement different strategies. All installments have special melee attacks that deflect or destroy incoming fire, and the ability to bounce off of enemies. Yes, you can crash into the enemies without instant death; however, this can make you fly across the screen and hit a bullet or many bullets, and thus ending your fun. VASARA 2 has an annoying purple bullet that’s hard to see and can’t be deflected or destroyed. This killed me more times than I can count, leaving me wondering what just hit me in a screen full of bullets.

VASARA Timeless has something neat that the others do not and that is level randomization! Yeah, each level is random so you never know what playing field you’ll be on. The downside to having a full screen is the simple fact that in order to really survive in the game, you need more than one player with you. There is now so much space that enemies can fill with bullets that having an awesome four-player co-op makes this a blast to play with friends! They did make it somewhat survivable by adding a fast slide to the left and right that has to recharge between uses. The con to that sliding feature is you can, if not careful, hit a player or enemy and bounce off them into a bullet.

All of these games felt slightly cumbersome to control on my big screen TV; however, when I switched and played on the Switch screen they felt very precise and smooth. I’m not sure why, most likely a setting on my TV causing a bit of lag. The game’s hit detection box for your characters is very forgiving, giving the player the ability to weave in and out of the fire, so long as the rider doesn’t get hit. making me more than once go “I have no idea how I made that!”

The settings in the game are pretty basic as shmups usually go: increased difficulty, number of lives, etc…. one awesome feature I like is the ability to change the screen orientation on the Switch, giving it the real arcade field of view!

I want to point out that the biggest draw in this game for me was the point system. Each level has an overall performance rating based on how many points you get in the level – this is affected by destroying flag carrying enemies and sub-bosses scattered throughout and collecting as many crystals as possible. This gave the game huge replay value as trying to get the best rating possible is a challenge, coupled with the online ranking system giving the game a real sense of competitiveness.

All things considered, there is nothing that really negativity impacts these three games to a great degree. They have hours of solid gameplay, challenge, and fun made even better by VASARA 3’s four-player co-op. Having one great shooter is cool, having three in one bundle is epic. I tip my hat to the developers and publishers for some great arcade ports For genre fans, these make very good additions to the Switch’s library.

All things considered, there is nothing that really negativity impacts these three games to a great degree. They have hours of solid gameplay, challenge, and fun made even better by VASARA 3’s four-player co-op. Having one great shooter is cool, having three in one bundle is epic. I tip my hat to the developers and publishers for some great arcade ports For genre fans, these make very good additions to the Switch’s library.