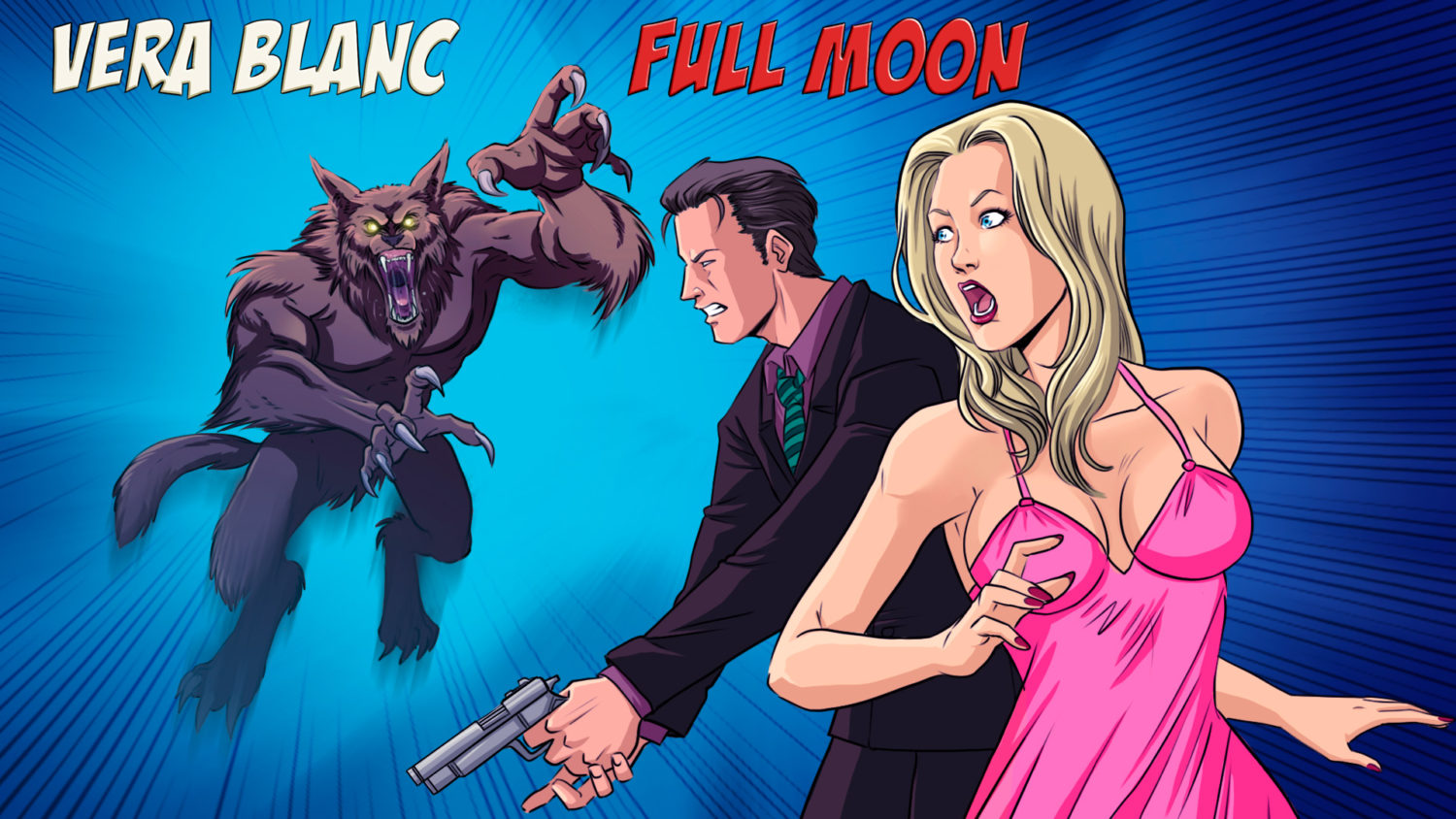 Vera Blanc: Full Moon is an adventure game wrapped in a graphic novel. Originally released in 2010 on other platforms, the comic book style presents a mystery involving secrets, murder, and werewolves. It’s all a bit B-grade, but that’s part of its charm. Thankfully, there’s still some enjoyment to be had.

The narrative follows heroine Vera Blanc’s journey into Germany to solve the case of a mysterious death. Rumors suggest a werewolf may be involved, and it’s up to you to decipher the truth. The story unfolds via static stills that look as though they’ve been lifted straight out of a comic book. Visually, it’s nicely presented, with a grainy style that gives it a somewhat retro edge. 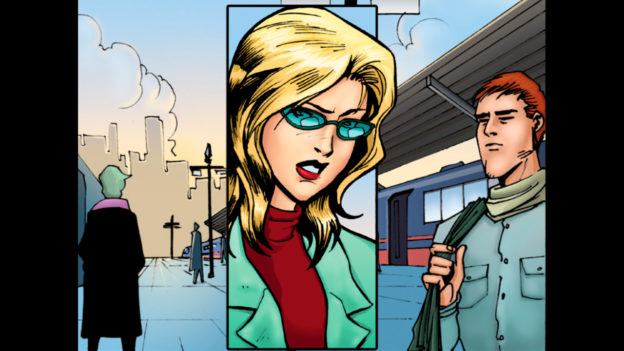 Along the way, you meet a large cast of characters. Every interaction adds clues to your notebook. Honestly, I didn’t feel the need to ever reflect on these. The game mainly follows a linear path with the occasional decision to be made. Choices can have an impact, though I found that they generally either led to death or the continuation of the plot. Thankfully, you can save at any point, and the save slots are plentiful.

There’s more to Vera Blanc’s story than just reading about her adventure. Along the way, you’ll be presented with several minigames which fall into three basic categories: a Hangman-style word game, spot the difference, and a memory game. You can turn off minigames altogether, leaving the story intact, which is a nice inclusion for anyone not interested. 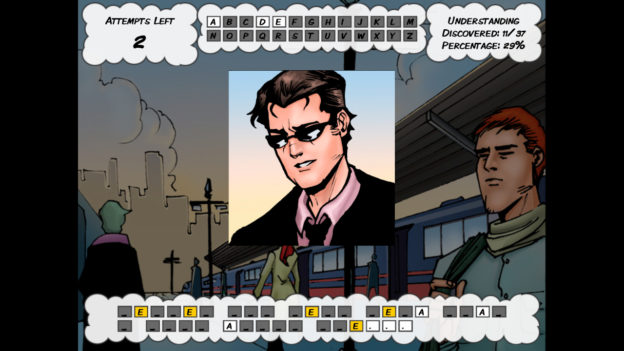 The word game is the most prolific minigame on offer; it’s also the most fun. Our heroine can read minds, and uses her power to decipher clues. To unravel the secrets of a suspect’s mind, though, you have to guess the right letters to reveal the sentence, à la Hangman. It’s a neat diversion from the story, adding to the sense of mystery, even if it’s not particularly challenging.

The spot-the-difference minigame is my least favorite. I like spotting the difference between two images, usually. But these differences are minute, like a missing dot or a line. And staring at the screen is not as fun as finding differences on paper. 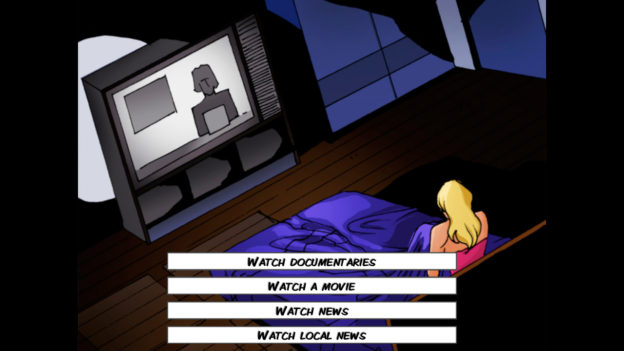 The memory game fits somewhere in the middle. It usually coincides with your character fleeing a villain, creating a sense of urgency that suits Vera Blanc’s style. You’re presented with a series of numbers, which you then have to recall in order. You need to think and react fast, just like your character’s escape. Although this adds further diversity to the game in general, it becomes repetitive after the third time.

There are some interface issues. For example, sometimes pressing the indicated button doesn’t work—it’s mapped to another button instead. There are some grammatical errors in the text, too. Given Vera Blanc’s story-centric gameplay, this is a little disappointing. I only noticed a handful, but it’s a ten-year-old title; surely someone could have fixed these by now? These issues don’t make Vera Blanc bad, but it does give it an unpolished feel. 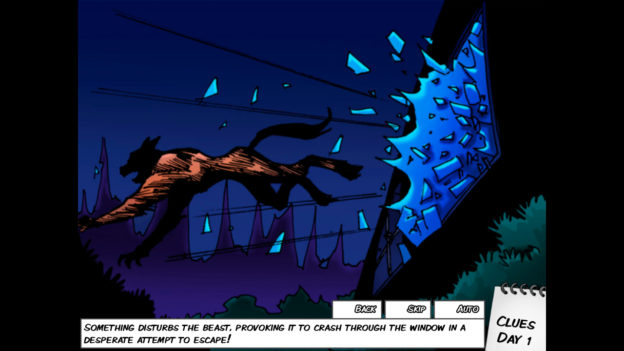 I do appreciate the ability to use the touchscreen in handheld mode. It’s easy to move through each page with a simple touch. Again, some more thought could have been put into the interface design, like enlarging the size of the alphabet in the word minigame. The letter buttons are small and, even though I managed OK, someone with larger hands would struggle. You can use the control stick instead, but if you’re using the touchscreen, this interrupts the flow. It makes it feel like a straight port rather than a game designed specifically for the Switch.

These negatives are somewhat minor compared to the overall impression of the game, which is a positive one. Vera Blanc: Full Moon is an enjoyable, if unpolished, title. Despite some interface flaws, there’s an interesting journey here, complete with a mystery to solve, optional minigames, and multiple endings. I was surprised by how much I enjoyed playing, and at $4.99 I think it’s worth considering for fans of visual novels. I’m eager to play Vera Blanc’s follow-up title.

Vera Blanc: Full Moon is an adventure game wrapped in a graphic novel. It’s a little unpolished, but the mystery is fun to unravel, with comic-style panels and dialogue alongside optional minogames.