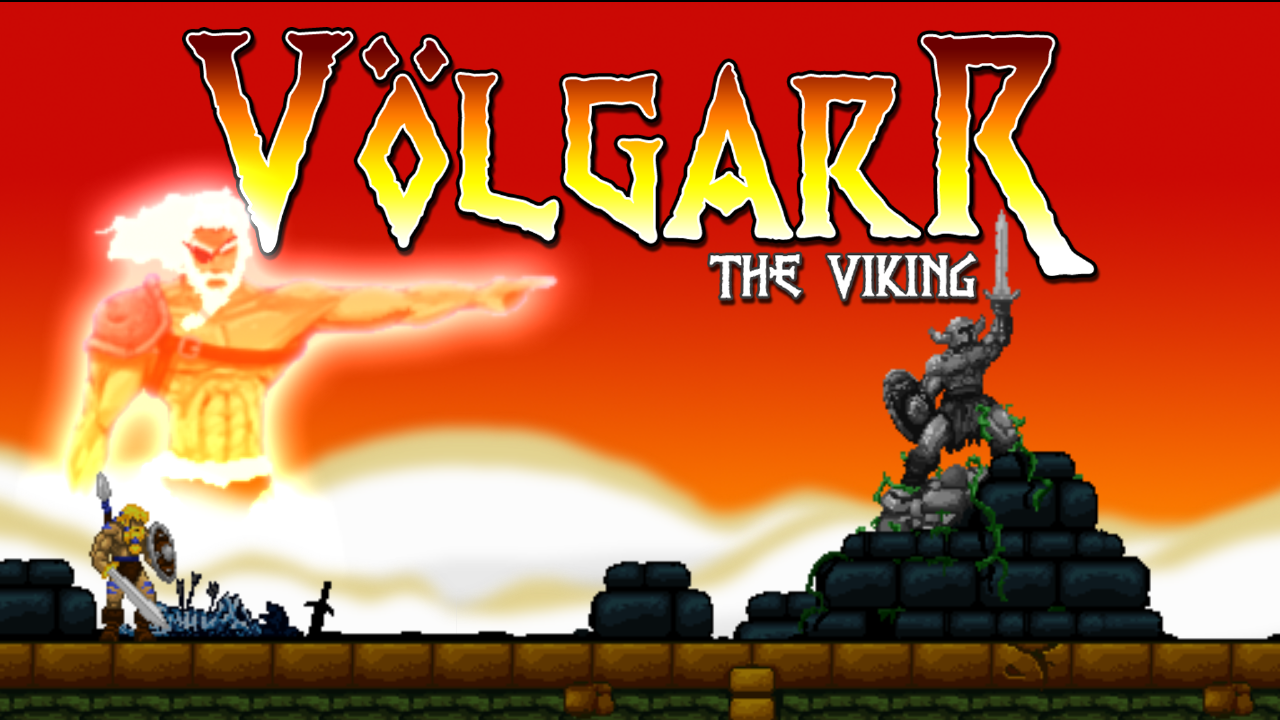 Volgarr The Viking uses the power of a modern-day console to bring nostalgic platforming. In a generation where it seems platform titles are dying due to the ridiculous amount of FPS games comes this beautifully crafted game. Where do I start? 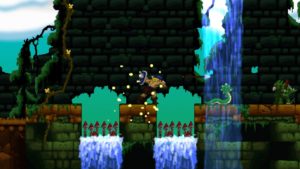 In the jungle, you must fight to survive! (insert movie guy’s voice). This was the game I’ve been craving for years. Unlike some of the old classic consoles that made you swear or chuck a controller across the room, Volgarr delivers smooth as silk precise controls. Games like this can have a tendency to diminish the fun factor with clunky controls especially when it comes to jumping. Not this game. I had no problems mastering the controls for fast gameplay and tight moves, reminiscent of games like Ninja Gaiden. 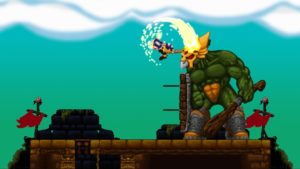 The visuals in this game are stunning, making great use of the Wii U’s simple and not overpowered GPU. The multi-layered scrolling backgrounds and skies deliver a great visual buffet that brings me right back to the late 80’s early 90’s consoles like the SEGA Genesis or Nintendo’s SNES with a modern twist. There are collision effects where the ground shakes on impact, and lighting effects from his powered-up blazing sword. It also has great character design, with animation of breathing while not moving.  Every time you get an upgrade there is more armor added and weapon effects such as lighting! Simply beautiful!

Audio in the game is not neglected. Everything, and I mean almost everything, has a sound effect from great background jungle noise to the crunch of your spear breaking against another spear. The music in this title kicks butt. It’s got a rocking metal title screen track and great ambient background tracks for the levels that keep you in the zone. 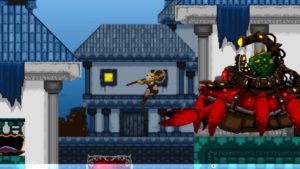 I’ve honestly had a lot of fun reviewing Volgarr the Viking. Sadly it comes at the close of the life of the Wii U (It’s also available on the Switch). However, in my opinion, it’s an instant classic, which coming from a homebrew developer that is excellent. I also have this for the Dreamcast which has a few extras that I didn’t see here, like an accomplishment list for completing or performing certain tasks like (my favorite) the “impale 4 or more enemies with a single spear toss!”. That being said, the absence of this feature doesn’t take anything away from the game.

So if you’re looking for a challenging game reminiscent of classics such as Rastan, Rygar, Karnov, and Ninja Gaiden Volgarr the Viking will keep you playing and coming back for more!

A Lot Of Fun

I’ve honestly had a lot of fun reviewing Volgarr the Viking. Sadly it comes at the close of the life of the Wii U (It’s also available on the Switch). However, in my opinion, it’s an instant classic, which coming from a homebrew developer that is excellent.