Volta-X is an action strategy game developed by GungHo Online Entertainment America. The game was released in August 2020, and they have recently added a new update to the game, called the Volta-X Metaverse Update. Compared to the game, is the update fun to play? 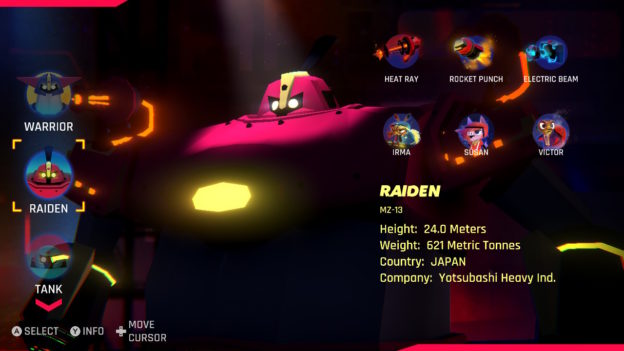 Volta-X Metaverse Mode provides an offline part of the game, featuring a series of challenges in which you battle in survival mode to see how far you can make it.

The update features new Voltas, which are the battle robots, called the Valkyrie and the Irontail. However, all the Voltas (except two), including the new ones, are locked. Therefore, you need to complete certain challenges to unlock the others. 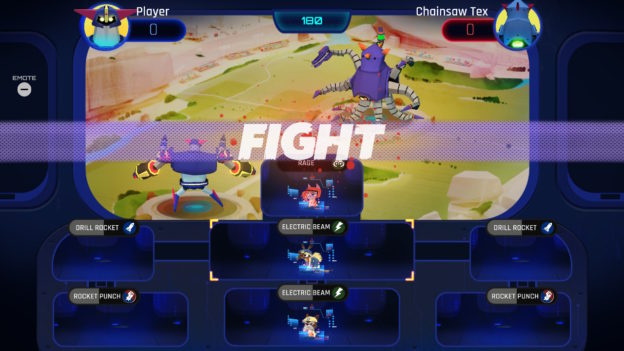 In addition, new weapons were added as part of the update. These weapons include Blaster Cannon, Black Hole Bean, and Ice Launcher, to name a few. Each weapon can be added to a different body part of your Volta, such as the body, shoulder, head, arms, or legs.

The gameplay is simple enough, though it took me some time to get used to. There’s no tutorial, but I’m sure that’s because the developers assumed anyone with the update would have played the main game before. For the sake of this review, I wanted to go in blind before checking out what it adds to the main gameplay. 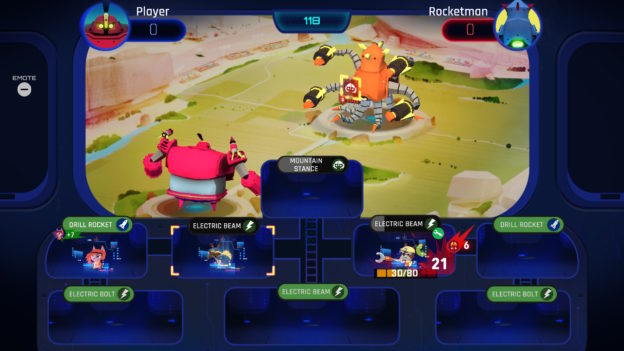 As mentioned before, the Volta-X Metaverse Mode is a series of survival battles. Win three battles, face a boss and repeat. If you win, you earn coins to buy upgrades and repair your Volta as needed in between. If you lose, no matter how far along you are, the game ends, and you need to start completely over, from scratch.

Each battle is simple enough. You click on the weapon you want your Volta to use, aim for a certain part of the opposing Volta, and it attacks. Each attack has a cooldown time. You can also move your crew around to different areas of the Volta to repair the area and weapon as your opponent hits it. 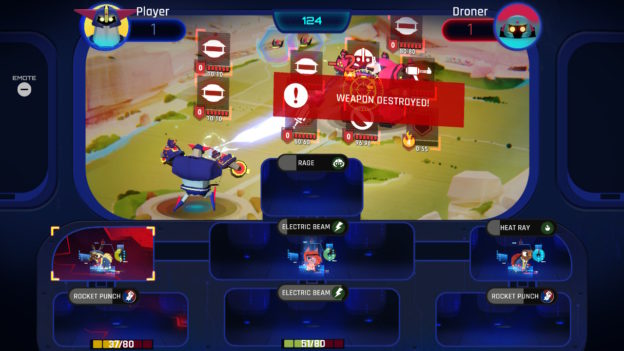 In addition to all of this, the update includes new costumes for your crew members who control the Voltas, a new boss, new emotes, and more.

Overall, the Volta-X Metaverse Mode is a fun update, regardless of whether you’ve played the main game or not. It’s a quiet addition to the game since it’s offline, and it’s fun to mix and match weapons and see how far your Volta can go. However, that’s all there is to it.

If you enjoy playing Volta-X online in the main mode, you’re likely to enjoy the Metaverse update. It’s offline for you to play when you want and practice with the various Voltas.