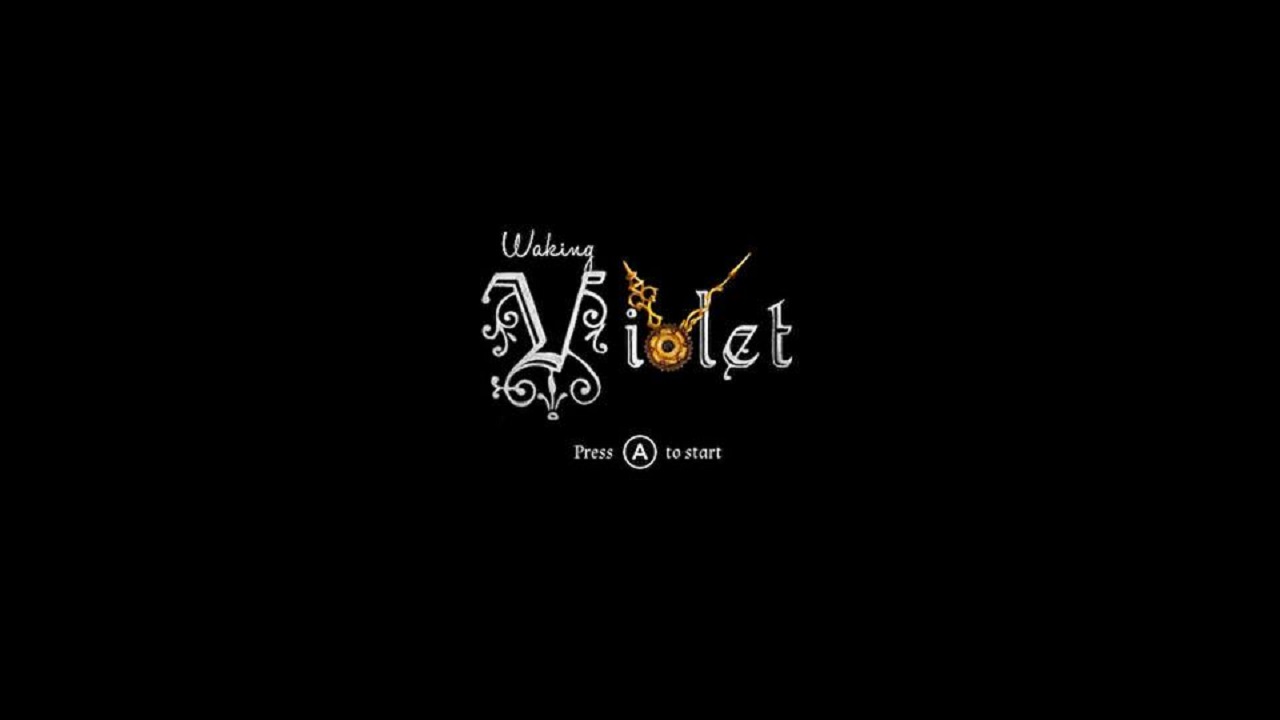 Waking Violet is a 2D top-down puzzle game with an interesting twist. There are 42 difficult levels, each one getting harder the further you get. As Violet, a teenager whose dream you’re stuck in, you must go through each puzzle and figure out how to wake up – as well as discover who put you in the dream in the first place.

Waking Violet has sections of puzzles to get through. Once you get through the tutorial, Violet ends up in an area with 6 portals – one leading to a different puzzle. These puzzles can be completed in any order, but they all must be completed in order to move onto the next area with even more puzzles. 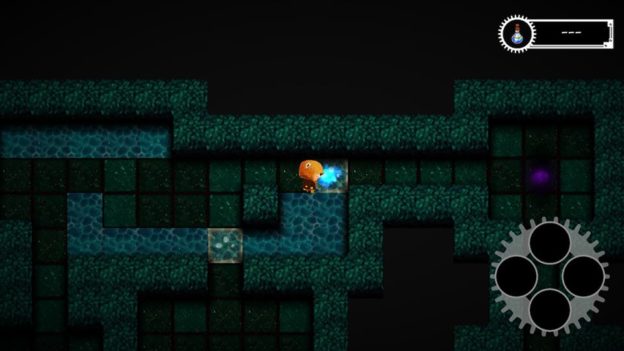 Each puzzle looks like it’ll be quick to solve, but more often than not, you’ll find yourself within the same puzzle for a long time. This game makes you stop and think. It makes you visualize the outcome before doing anything so you don’t mess up and have to start over again.

However, there is a restart button without any consequences. If you get stuck on a puzzle you can easily press the start button and start over. This will also allow the portal to reappear and you can return to the hub world if you need a break on that particular puzzle and want to try a new one.

On the other hand, there’s a neat rewind mechanic. If you realize you’ve made a mistake – such as you pushed a block a tad too far – you can simply press the L button and the game will rewind every move you took for as long as you hold the L button down. 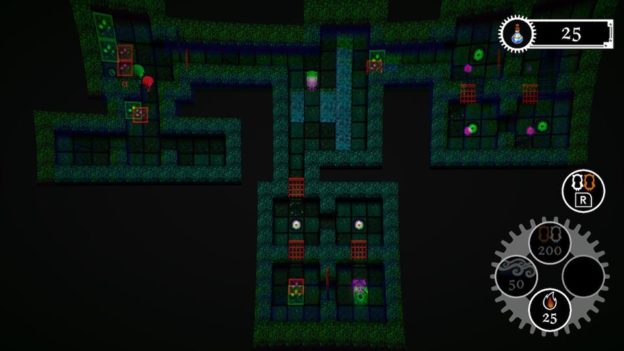 The puzzles themselves play simply even if the outcome is never simple. Each puzzle typically has blocks, what seems to look like flowers, which you can move around. You can only push the blocks forward, you can’t pull them. You can often get the block stuck in a corner accidentally because of this. Other obstacles get in your way, such as high voltage orbs that shoot lightning across the stage, the walls of the stage designing it to look maze-like, locked doors, or water.

The blocks are used a lot to step on buttons or use as a bridge to get across the water. However, there are bottles of mana lying around. Once you collect enough mana and unlock certain powers, you can use those powers to get through the puzzles. For example, the first power you get is fire which can be used to blow up some blocks that you can’t move and are in your way. Other powers include walking on water for a limited time or cloning yourself. These powers are limited, though, based on the amount of mana you have. If you have any left over, it resets back to zero once you get into the next puzzle. 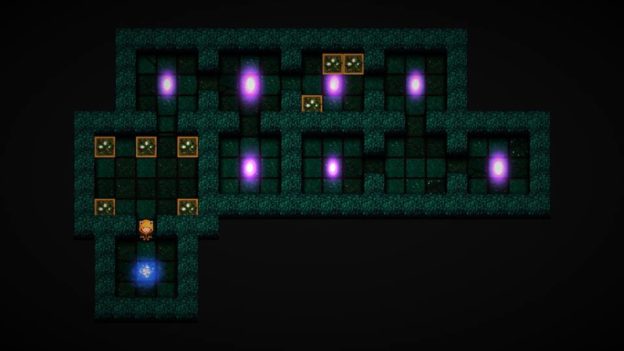 The graphics of this game are beautiful. They’re hand-drawn and certainly work well with the atmosphere of the game. The colors and shading are dark, showing off the mystery of the story and the dark and dreariness of Violet’s dream. Plus, Violet is in her pajamas throughout the game, which looks cute and definitely adds the reminder that she’s still dreaming.

The music for the puzzles was just okay for me. I really enjoyed it when I first started playing. It starts off smooth, but the longer you’re in the puzzle, it almost has a beat-box feel to it which – while I didn’t mind it – didn’t help me figure out the puzzles any faster. I found it breaks my concentration when I had to stop and think and ended up humming along with the music instead. It’s not a bad tune, but I was expecting something a little calmer for a difficult puzzle game. Though I’ll admit, the music was a good fit for the mysteriousness of the game. 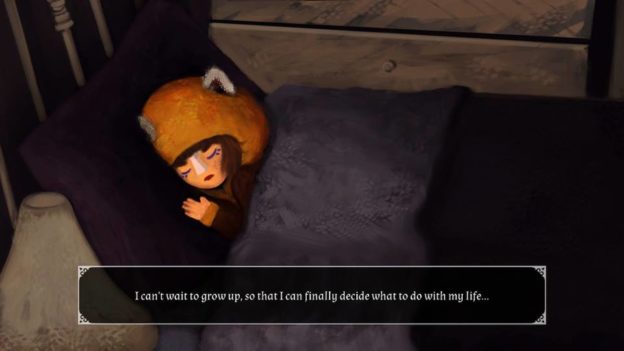 There’s not much to the story other than knowing Violet wants to grow up and gets trapped inside her own dream after arguing with someone – I don’t know who, but I assume it to be her parents.

This game is frustratingly hard. There were many puzzles I had to skip and save for later before moving onto the next area, and there were some that I stared at for a long time before the answer finally came to me. If you’re good at puzzles, I would definitely give this game a shot. It’ll give your brain a good run.

Waking Violet is a class 2D puzzle game that is frustratingly difficult, but so satisfying when you complete a puzzle. It’ll give your mind a good workout.