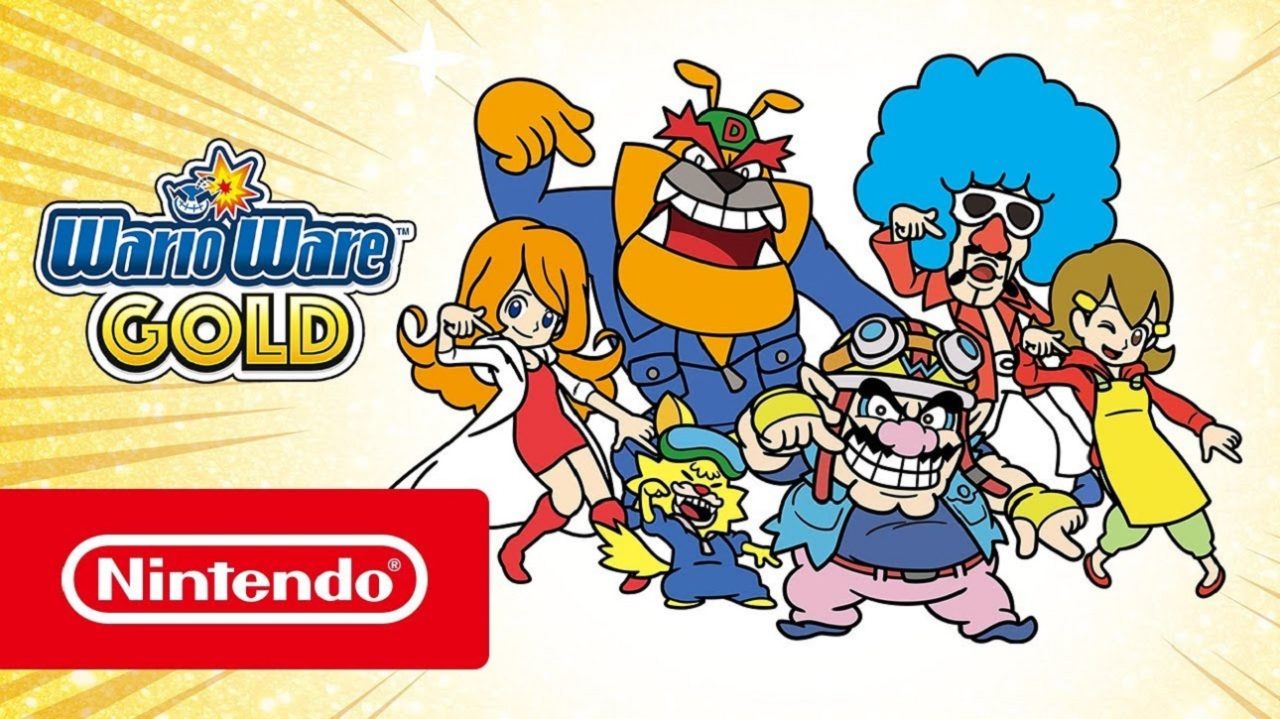 The leadoff game featured during the March Nintendo Direct, WarioWare Gold has finally arrived on Nintendo 3DS. This collection mixes classic with new and remade microgames, boosting the count to over 300. The blend isn’t dissimilar to another 3DS gem, Rhythm Heaven Megamix. WarioWare Gold is the biggest collection in the series to date, and it might just be the best.

Hearing sly Wario in the fully voiced introduction really impressed me – Charles Martinet is definitely on point. Come to find out the entire game is fully voiced, which really brings the personalities of the largely fantastic characters of Diamond City to life! The presentation makes even the usual feel fresh, as does the way the microgames are laid out.

The story mode introduces leagues, which are divided based on control style. You’ll be using traditional button inputs, breaking out the stylus for touch screen control, and taking advantage of the system’s gyroscope. There are even a few games that use the microphone. While I beat the story mode in just a couple of hours, there’s additional content that’ll keep you playing after the credits roll.

Challenge modes let you tackle the microgames in unique and easier said than done ways. There are nine altogether, focused on recording high scores (calling all chasers), so I’ll just focus on a couple of my favorites. Sneaky Gamer is recognizable to fans of the Wii U’s Game & Wario, and much longer than a microgame, focussed on playing past bedtime while avoiding the intense star of a vigilant mom. Wario Interrupts has Wario throwing a wrench into the microgames by shrinking the screen for hard-to-see gameplay, taking a page from Splatoon by blocking the screen with splats, and more.

Index allows you to see the microgames you’ve already played, and tackle them in expanded fashion to reach target scores. Even after beating story mode, there was still a large percentage of games I had not yet seen, symbolized by a question mark. WarioWare Gold nicely lets you separate them by either character or genre. Missions are basically achievements. The game shows you what is needed to complete each one, so you’ll always have clear goals in mind. Completing these lets you earn additional coins.

You can spend these coins on the Arcade’s capsule machine. The toy room lets you play with all the goodies you win. There’s much to acquire, including longer minigames (like bowling for example), series game music tracks, and much more. Studio is worth a mention, as this lets you record unique audio to redub the cutscenes. There are all sorts of little surprises.

Nintendo certainly knows how to celebrate its history, and this is evident in the microgames on offer. Young Diamond City Elementary student 9-Volt, for instance, focuses on Nintendo classic games like Duck Hunt and Excitebike. But later Nintendo games are on hand too from other residents, such as the GameCube hits Super Mario Sunshine and The Legend of Zelda: The Wind Waker. Nintendo hasn’t forgotten its current hardware either, so don’t be surprised to find yourself tapping a virtual amiibo to a 3DS or sliding a virtual Joy-Con on a Switch.

Let downs are few, but a couple warrant highlighting. As this game only plays in 2D, fans of the system’s stereoscopic 3D effects might be left with a frown. It does make sense in this case though, and for several reasons. The diversity in visual styles, coupled with tilt games, and those that take place on the touch screen, would make 3D impractical. The presentation is still quite strong without it, having a real charm, even if Wario as a character lacks this. Worse for me is the multiplayer (Battle Time Challenge) requiring two copies of the game. As a full price offering, download play would’ve made the cost easier to swallow.

It’s been fifteen years since the series’ début, but WarioWare remains frantic fun. This fully voiced Gold edition is no exception, offering an addictive and humorous collection of classic microgames that are sure to entertain existing fans, while offering an even better value for those new to the series. Chasing high scores gives the game strong replay value as well. Try the demo if you’re on the fence, but WarioWare Gold would make a great addition to any 3DS library.

It’s been fifteen years since the series’ début, but WarioWare remains frantic fun. This fully voiced Gold edition is no exception, offering an addictive and humorous collection of classic microgames that are sure to entertain existing fans, while offering an even better value for those new to the series. Chasing high scores gives the game strong replay value as well. Try the demo if you’re on the fence, but WarioWare Gold would make a great addition to any 3DS library.