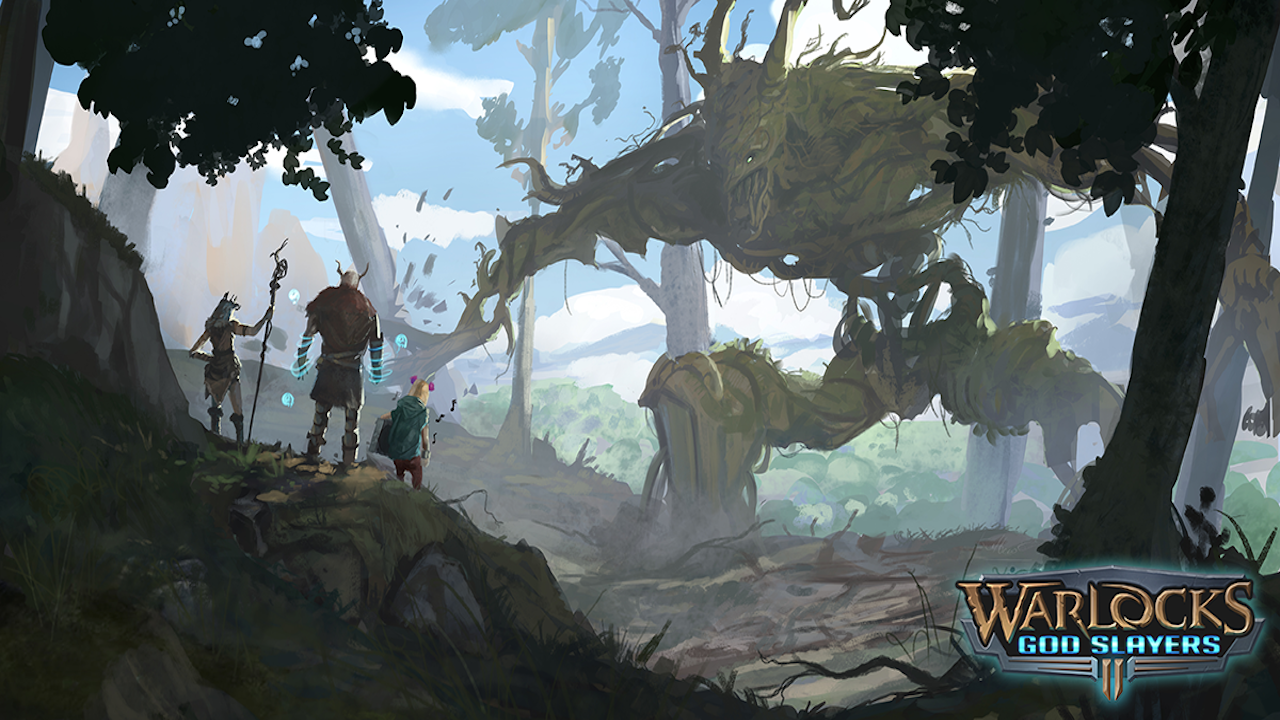 Metroidvania; a genre I’m not really well versed in. Well, at least not before I got my hands on Warlocks 2: God Slayers. With the growing presence of metroidvania’s out in the wild (no, I’m not referring to Link’s wild) it easily became a genre that was an oversight – a game must vastly innovate or bring unique ideas to the genre in order for it to stand any leg. That being said, the second installment of the God Slayer franchise does just that. Warlocks 2: God Slayers is an odd, spirited hack ‘n’ slash game at best, with hand-drawn animations and a charming pixelated world, though that is not necessarily a bad thing here. Whilst the number of metroidvanias and pixel art games has reached an all-time high, this one certainly stands out against the crowd. 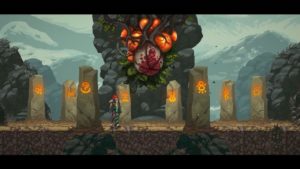 Warlocks 2: God Slayers brings a charming, humorous story as you take charge of warlocks, of which there are a good assortment. There are five different types of warlocks, each of which feels vastly different: Willow, Shax, Kherra (a shaman), Jake, and Kormag. Starting off with Willow, she shoots roses and can stun enemies by taking selfies (cool, right?), though she can gain more abilities as she earns skill tree points after leveling up. Skill trees are not just limited to Willow, though. They are available to all, further allowing you to create the perfect warlock. Not only are they available to all warlock types, but they also can upgrade (up to five times) each ability in their unique skill trees. Another warlock that you have the choice of picking is Shax, who has an Ethereal Bow, shoots purple fireballs (the Death Touch ability), and can summon ancient warriors from the dead who will help him out in battle. Whilst all these abilities might sound like fun, it doesn’t stop there. You can play as Kormag, a drunk dwarf goat. Or you could decide to play as Jake, who has a phoenix bird projectile that you can ride like a skateboard to evade enemies. But if all this sounds a little too ludicrous, you can take the simplistic approach of, Kherra, who is a shaman with daggers. Kherra can also unlock choking gas and the ability to summon totems if you desire to spend the time maxing out her true potential. Whilst that might all sound overwhelming, it defines exactly what is so great about this game: variety. 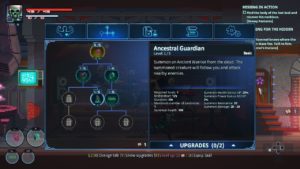 Structurally, the game relies heavily on quests/side-quests, which I enjoyed. And the quests weren’t miniscule either; each felt like it had a meaningful impact on the story and was rather lengthy, in a good sense. There were quite a lot of them, too, but not to the point where it felt like an unrewarding grind. The grind is present, but it is a choice, and one that won’t punish you. I personally enjoyed the grind, though it’s understandable it might not be for all. The sense of grinding comes from building the perfect warlock and finishing the approximately ten-hour campaign with each warlock, which I’d highly suggest everyone do. The replay incentive on offer is breathtaking for its price, and everyone should take advantage of it to get the most bang for their buck. Whilst not every quest will have a boss, a good portion do, which also helps break the flow between each quest (don’t worry, though, it’s not as difficult as Cuphead). If you are feeling a little tired of the quests still – which I don’t know why you would be – you can also head over to the canteen. 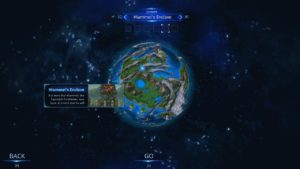 The Intergalactic Canteen, also commonly referred to as Strong Angel’s Pub, has several different purposes—most commonly, to receive quests. That said, it serves other motives, as well, such as using coins earned to purchase items from the merchant (you can also sell resources gathered, in exchange for coins) or to have the exceptional band, Rolling Spells, play (you can pick which song they play). If you thought the Intergalactic Canteen was crazy, wait till you hear this: there are pets for your warlocks! 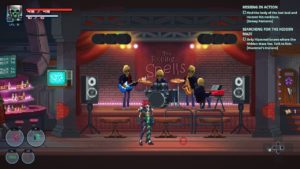 Pet’s aren’t done an injustice, either. There are plenty of different ways to further maximize their stats to get the most out of your sorcery powers. Throughout your play session, there will be plenty of item’s you will come across that are meant to be equipped on your pet. They can actually, evolve (three total evolutions) over time, too. It’s worth noting, though, that the main purpose of pets is to grant bonus spell power, speed, and duration. 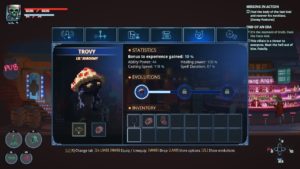 With cool features like pets, warlocks, boss battles, and an Intergalactic Canteen, it’s unfortunate the game is met with a few flaws. The game lacks an online multiplayer component, and it is not children-friendly. It also requires patience and immense knowledge of knowing the right time to use your healing items, as the enemy attacks are in rapid succession. That said, the difficulty is a nice benefit if, like me, you can handle it. Nonetheless, it’d be nice if there was an easy mode for those wanting a relaxing time. Multiplayer-wise, I was saddened after finding out it was local co-op only. It would’ve been the perfect game to play online with friends! Might I add that if you plan on doing couch co-op, don’t forget to try handheld mode; it plays really well and is a great vania to play whilst you watch a YouTube video.

Overall, Warlocks 2: God Slayers is not perfect, but it definitely plays like it. With extensive replay incentive, charming quirks, in-depth customization, and satisfying combat, it is hard not to recommend this title. It is a fun metroidvania package, and one worth a try even if the genre isn’t your favorite and/or hasn’t stood out.

Overall, Warlocks 2: God Slayers is not perfect, but it definitely plays like it. With extensive replay incentive, charming quirks, in-depth customization, and satisfying combat, it is hard not to recommend this title. It is a fun metroidvania package, and one worth a try even if the genre isn’t your favorite and/or hasn’t stood out.