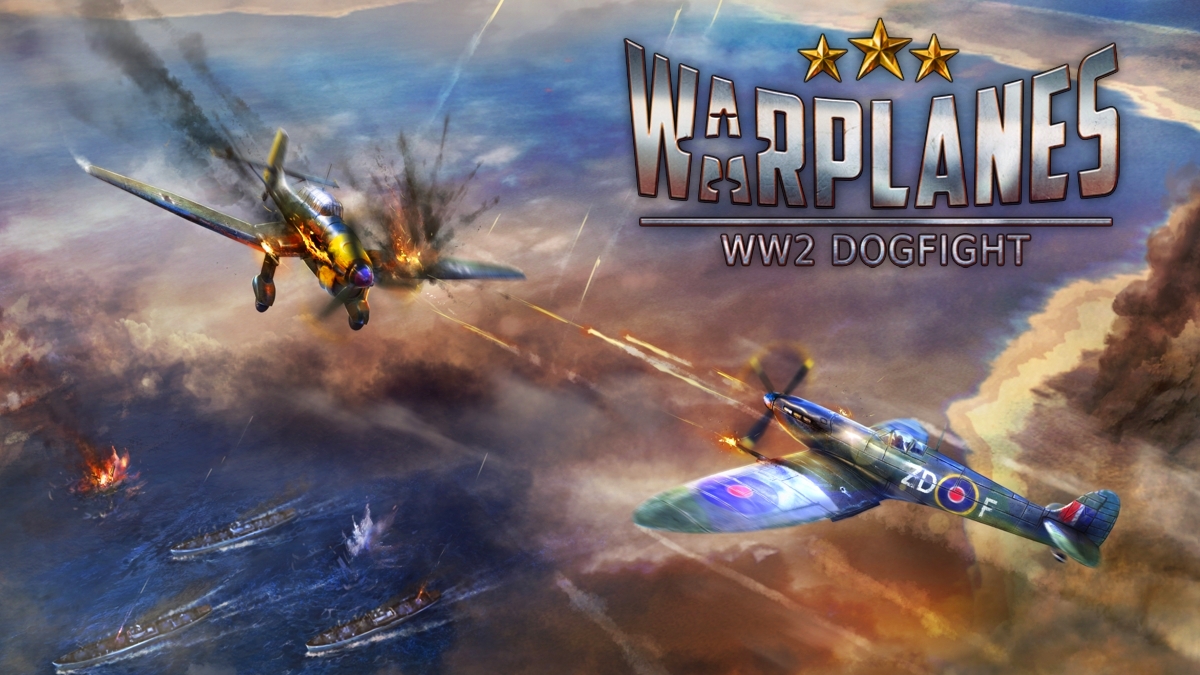 Warplanes: WW2 Dogfight is an action game in which you pilot World War II-era aircraft. It’s a battle-driven flight simulator on the surface, but the real fun seems to be back at the base, where you run the show behind the scenes. None of this is obvious from the title but I was pleasantly surprised by its overall depth.

The most enjoyable aspect of this game is the vast number of options you’re given. Right from the start, you can choose from three countries – Great Britain, USSR, or Germany. The tutorial is great at getting you into the pilot’s seat and ready for action. From here, you can select which plane to use, which pilot to use, which skills to upgrade, and which missions to complete. 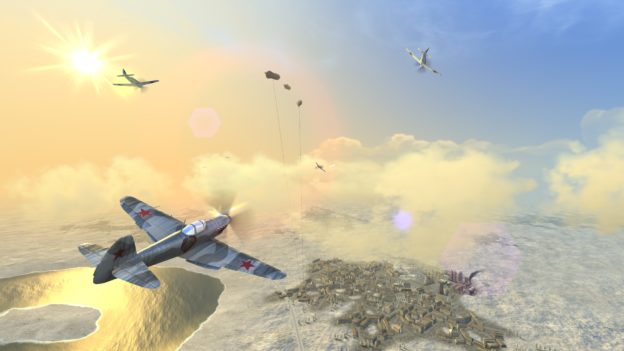 Warplanes centers around flight missions, which you’ll need to complete in order to earn any dosh. The missions are fairly simple in nature. Your goal generally revolves around destroying specific enemies, whether they’re bases, planes or ships. There are four mission types – offensive, defensive, naval or special, but they all behave very similarly.

Each time you take flight there are two objectives: the primary objective is always mandatory but, once completed, you can opt to head back to base or stay in the mission to potentially earn more rewards. This adds an extra layer of complexity since you’ll need to balance your ammo and shield status with potential rewards. And, if you fail the secondary objective, you’ll have to restart the mission. 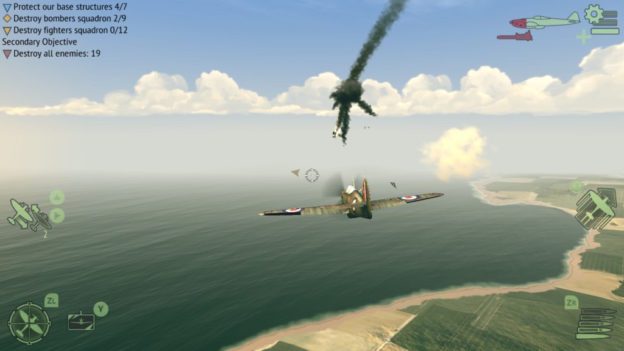 This is a great way to balance the game’s difficulty level and let the player choose their own path. Expert pilots will likely opt for the longer missions; my inexperience allowed me to have a more enjoyable time with only the main goals, since those battles aren’t overly hard. I’ve never been into flying games, and tend to steer clear of war games in general, but I found myself enjoying this one more than I expected. This is partly due to its accessibility, but it’s also because Warplanes is about more than just the dogfights.

Missions earn you gold, silver and prestige points, which go toward the upkeep of your base. For example, you can train your pilots in four different areas, kind of like leveling up. You can also purchase new planes, and repair and upgrade existing ones. There is a multitude of ways to spend your hard-earned rewards on maintenance and expansion of your fleet, so it pays to be tactical about it. You can always earn more via missions – you can even exchange materials for gold using Swiss banks! 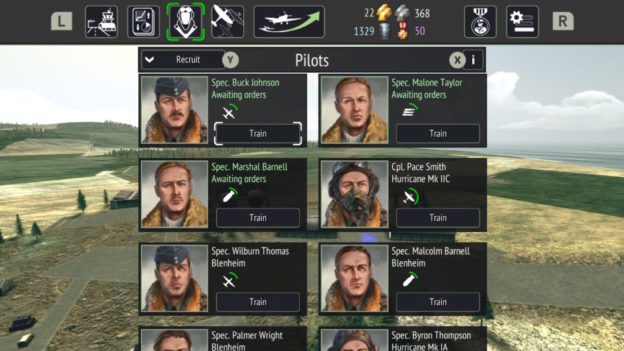 On top of that, there are 42 achievements to unlock. These are mostly related to the number of enemies destroyed, but it’s still something extra to tick off your completionist list.

The planes control quite well. Actually, they’re super easy to navigate, since you can’t go too high or too low – in fact, it’s basically impossible to crash these aircraft! And I tried. This is where some players might not enjoy the lack of realism, but it’s great for a novice like me who has never really excelled at flight sim-type games. It also means players can focus on the real objective – taking down the enemies. Aiming is also easy thanks to a handy targeting system. If anything, it’s a little too easy, but this is where that secondary objective comes in if you want a little more adrenaline. I’d stress that the flying components are fun, but they’re simple, short and sweet, and seem to be more about earning rewards to get your base up and running. 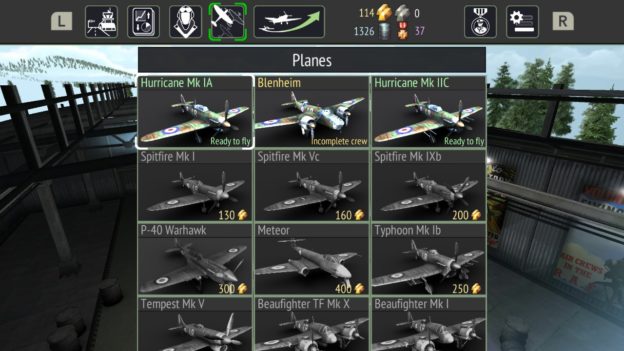 The graphics are fine in a straightforward way. They’re a little on the bleak side – then again, this is WW2 Europe, and it does look the part. There’s nothing spectacular about the style, but it works for the simple game that it is. I was happy with the load times and the menus, with a user interface that works well.

Overall, I had a lot more fun with Warplanes: WW2 Dogfight than I ever expected. The title isn’t something that would normally catch my eye if I wasn’t reviewing it. I feel that like-minded players will miss out because of this, while genuinely hard-core pilots will be disappointed by the simplicity of the dogfights. I was genuinely surprised by the game’s level of depth outside the cockpit and how much I enjoyed it. If you like simple shooters and sims that extend beyond the tarmac, I’d consider checking this one out.

I had more fun with Warplanes: WW2 Dogfight than I expected. It isn’t a game I’d normally consider if I wasn’t reviewing it. I feel that like-minded players will miss out because of this, while genuinely hard-core pilots will be disappointed by the simplicity of the dogfights. I was genuinely surprised by the game’s level of depth outside the cockpit and how much I enjoyed it. If you like simple shooters and sims that extend beyond the tarmac, I’d consider checking this one out.