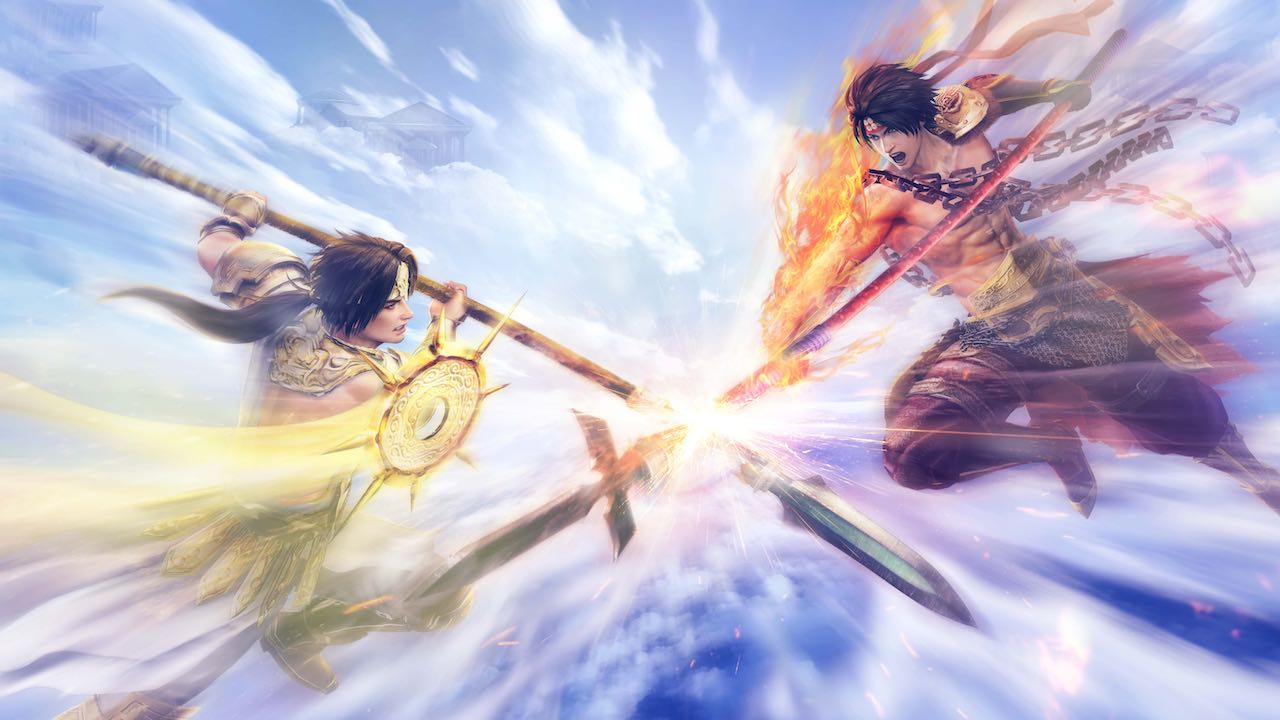 I’ll state without apology that Warriors Orochi 3 Hyper was one of my favorite games for the Wii U. Perhaps this is because of the relative lack of releases for the console when compared to what we’ve already received on the Nintendo Switch. Perhaps it’s because it was my first deep dive into a Mosou game. Either way, how does Warriors Orochi 4 on Nintendo Switch stack up? It depends upon what you’re looking for.

The biggest news about Warriors Orochi 4 is its massive roster of 170 playable characters from the Dynasty and Samurai Warriors universes. It’s a wonderfully ridiculous number, but also largely impractical. The game uses the Greek gods and a story similar to Clash of the Titans to toss these characters at you, likely assuming you already know at least some of them from previous games in the series. 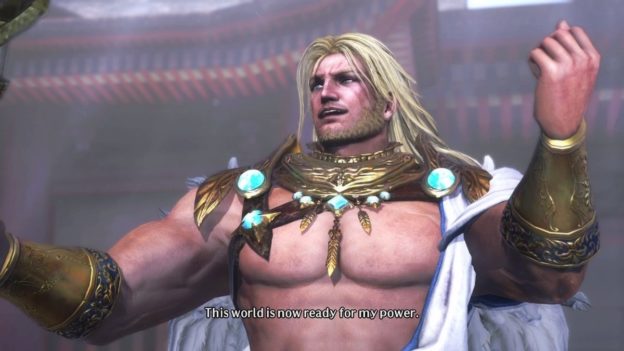 And that’s fair. Those familiar with any of these three franchises surely already have their favorites (Sun Shangxiang FTW), it’s just a matter of how quickly the game releases them to you.

Your interaction with these characters is much more static, too. Warriors Orochi 3 Hyper gave you a home camp of sorts that you could run around to engage in conversations, buy/enhance your equipment, share tea, etc. It was perhaps inefficient, but it created a sense of community. That has all been replaced by static screens where you just cycle through your options, upgrades, and dialogues. It perhaps makes more sense in portable mode but feels like a UI downgrade when docked to your TV.

In other words, I don’t consider the use of 170 characters to be much of a plus. You’ll find a dozen or so whose costumes you like the best, and that’s who you’ll use. 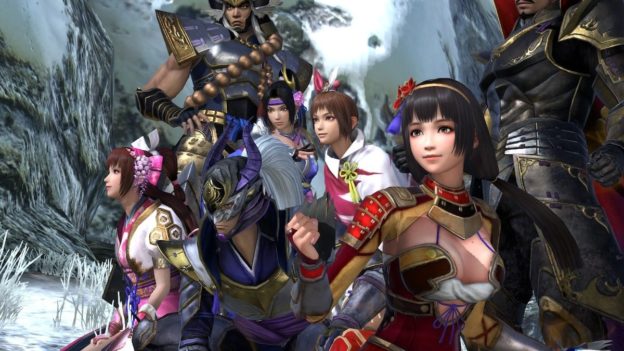 What I consider the big draws of this game are the new gameplay elements. So, let’s get to that.

As with every previous entry, Warriors Orochi 4 tosses you into expansive, intricate maps with thousands upon thousands of enemies to clear away. You hack your way through them all with customizable weapons and capabilities to find and defeat more powerful bosses along the way. Missions mostly require you to defeat certain characters and protect others, sometimes with time restrictions or other requirements. Yes, you can cut through large squadrons with ease, but fulfilling mission requirements (and getting the best rankings) will be tough if you’re not using good strategies and maximizing the capabilities of your characters. 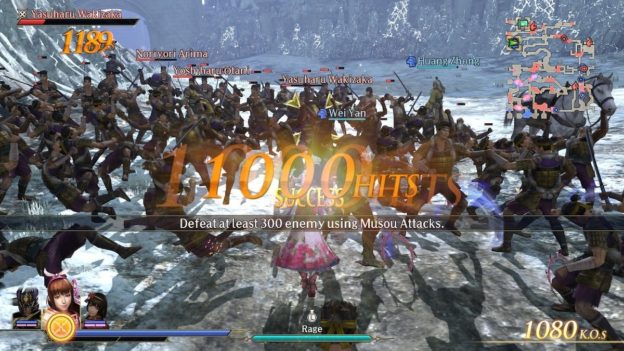 Y and X provide your basic attacks and allow you to string specific combos. B jumps. A provides a more powerful attack when fully charged. Attach the R button to any of these attacks and you get into the good stuff, but again, you’ll need to fill the proper gauges with the more standard attacks. This time around, you have access to magic attacks that are not only amazingly powerful but also required against certain enemies. This is good, as it forces you to become adept at all types of attacks in order to advance. That, and they’re very cool. Launching an attack not only with all three characters under your command (as in previous games) but also with your four support characters (new to this game) can be very satisfying. Some characters will even get access to deification powers—the abilities of the gods themselves—to wield in battle. And I love that calling your horse (or unicorn, Pegasus, etc.) immediately mounts you on the animal…no more waiting around and having to hop on in the heat of battle. 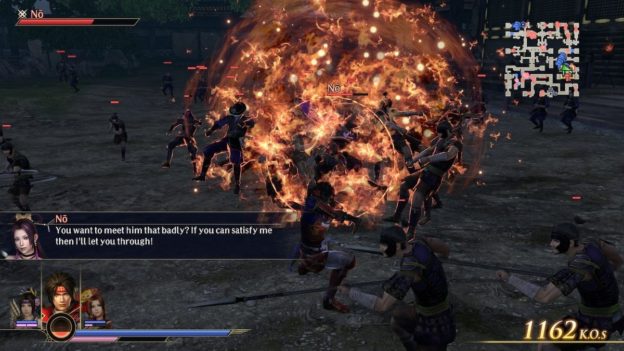 My biggest complaint with Warriors Orochi 4 is actually due to the hardware. With Warriors Orochi 3 Hyper, one player could be on the TV screen while the other used the Wii U GamePad, making for a clean multiplayer experience. That obviously can’t be done on the Switch. Online multiplayer compensates, but local multiplayer requires a split screen (which leads to framerate issues) or a second Switch via online play. Multiplayer game modes outside the main story are available as well, including a 3v3 battle arena. 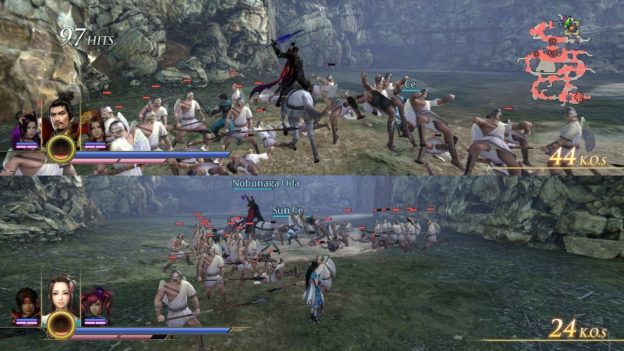 So, how does all of this compare with previous entries? Well, it looks okay…not much better than the Wii U entry, really. It’s also a much lengthier and more straightforward affair, especially when compared to other Switch-compatible Koei Tecmo games such as Fire Emblem Warriors and Hyrule Warriors. That can be good or bad, depending upon whether you play these games for the constant combat or the bonkers storytelling.

Although I feel this is the best Mosou game currently available for the Switch, there’s not enough here to bring over any converts, especially those who played Fire Emblem Warriors or Hyrule Warriors specifically for the franchise tie-ins. And although I don’t prefer all of the changes from the previous Warriors Orochi game, they’ve made just enough to make things fresh for fans of the series and keep them entertained throughout the game’s robust campaign.