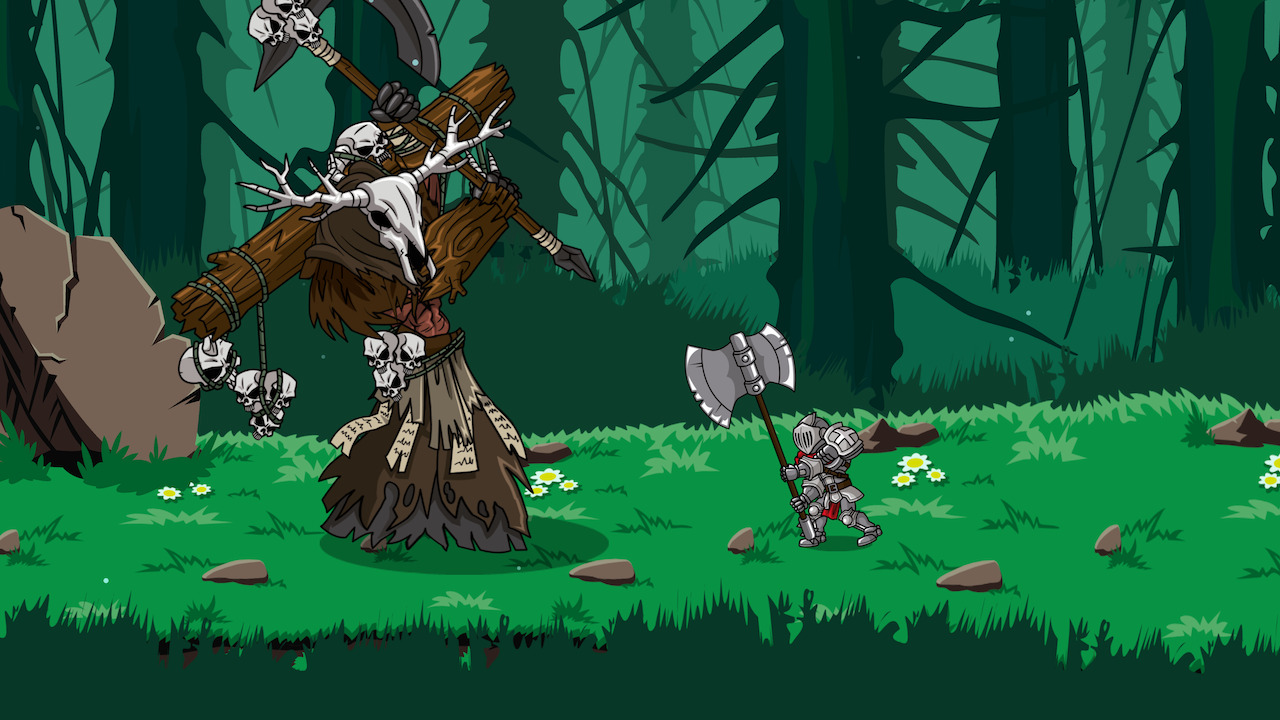 The unquiet dead are back and you must set things aright. It’s a tall order, I know, but we all have faith you can do it. After all, you have your trusty sword and a can-do attitude!

If you’ve played platformers before, you’ll be getting what you expect from Watcher Chronicles. You move with the left stick, and your jump and attack are buttons on the right. Since this is a combat platformer, you also get a “block” move with the L or ZL buttons (very handy) and a “jump back” style dodge with the A button. If you’re on a platform or staircase and you want to drop down, pull the L stick down hitting B—very handy. It’s all pretty easy to pick up, and this is important considering local multiplayer co-op is available. Watcher Chronicles is very much the type of game you’ll want to play through with a buddy. 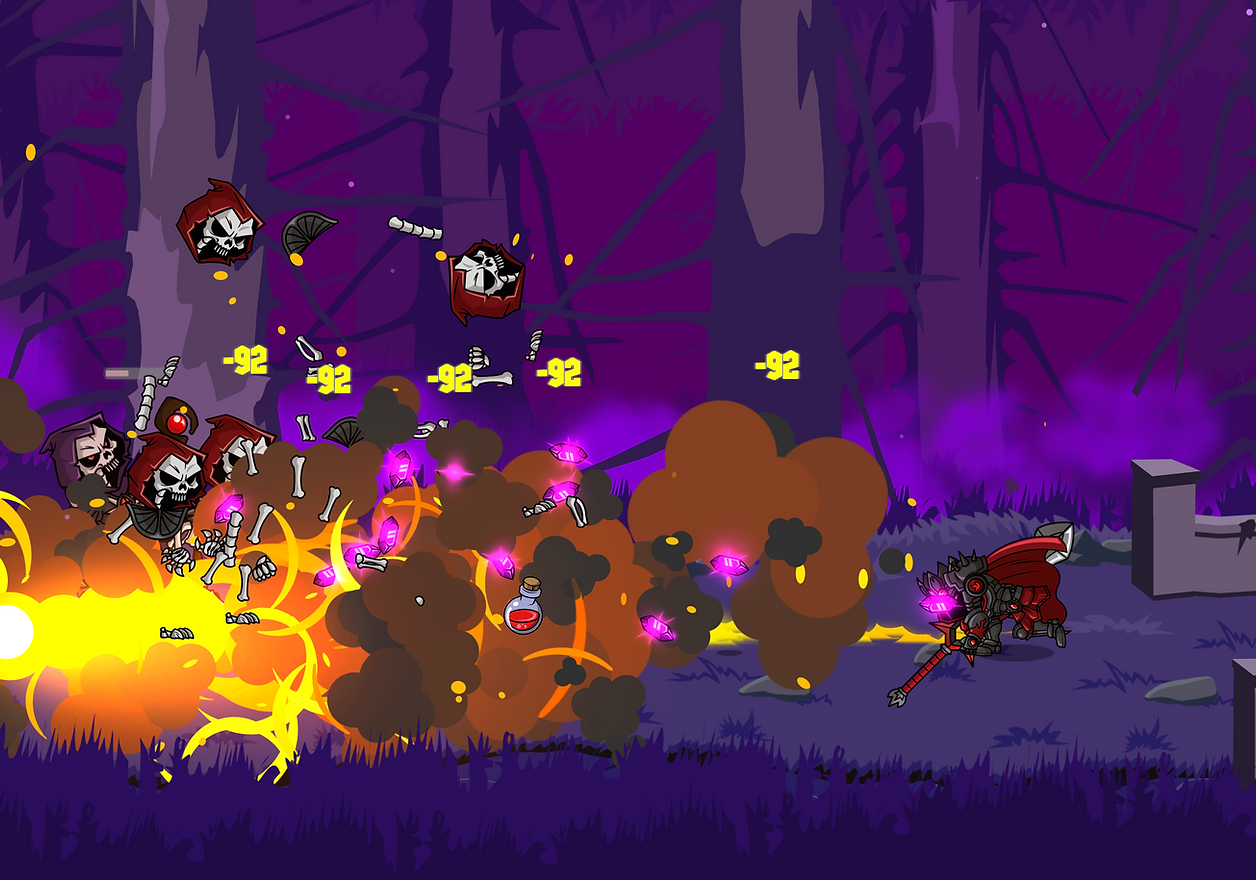 There are a couple stats to keep in mind while attacking; swinging your sword costs stamina points, and firing your bow (ranged attack) costs Umbra. Don’t worry too much about the swordplay, as your stamina regenerates with time, and relatively quickly. Firing your bow, however, costs Umbra, and you have to destroy baddies to get more of that resource. Umbra is also the game currency for upgrading your statistics and leveling up, so spend it well.

As you progress through Purgatory (yes, the game says that is where you are) there are waypoints at which you can rest and use Umbra to level up or use as a rapid travel system. There are also advanced weapons and armor you can access provided you meet the prerequisites for them. 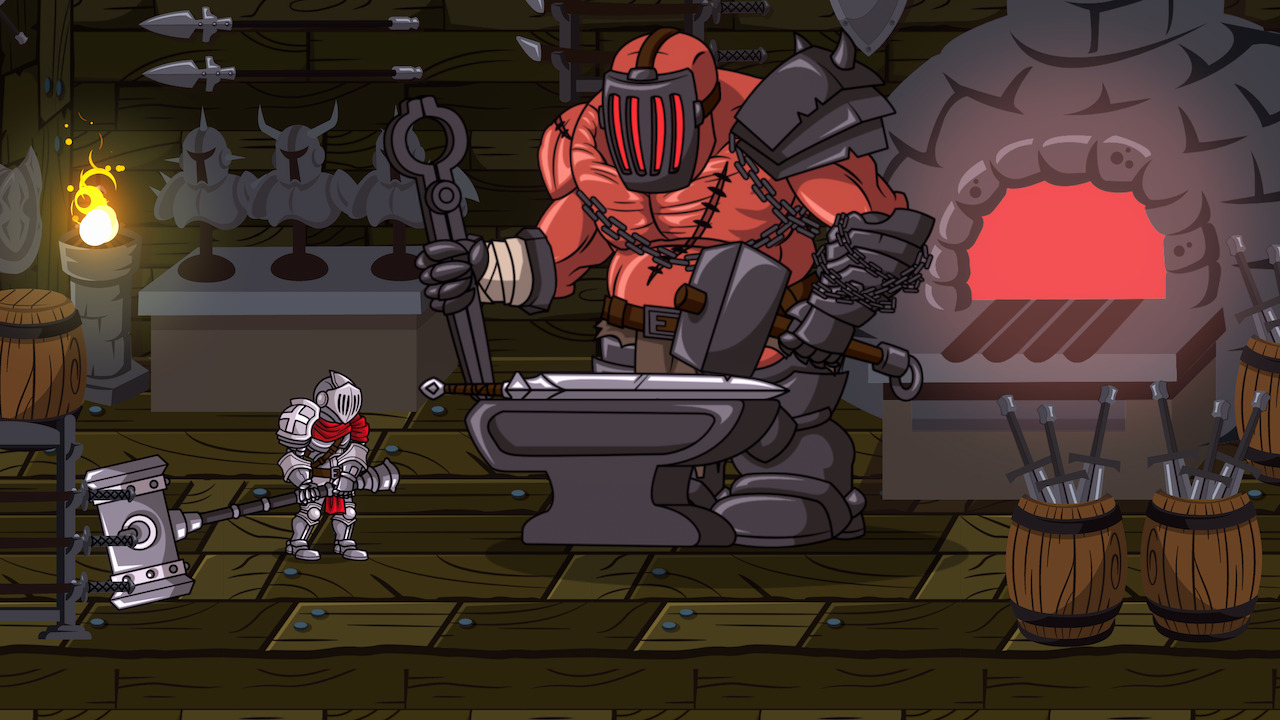 Unfortunately, the game doesn’t tell you what you need to wield that shiny new weapon—you will just have to keep grinding it out. There are plenty of skeleton warriors to smash (and who doesn’t like smashing skeleton warriors?) along with some interesting undead bosses. Make no mistake, the bosses are quite capable of toasting our hero in very few hits, so keep your wits about you (and maybe a couple of healing potions). 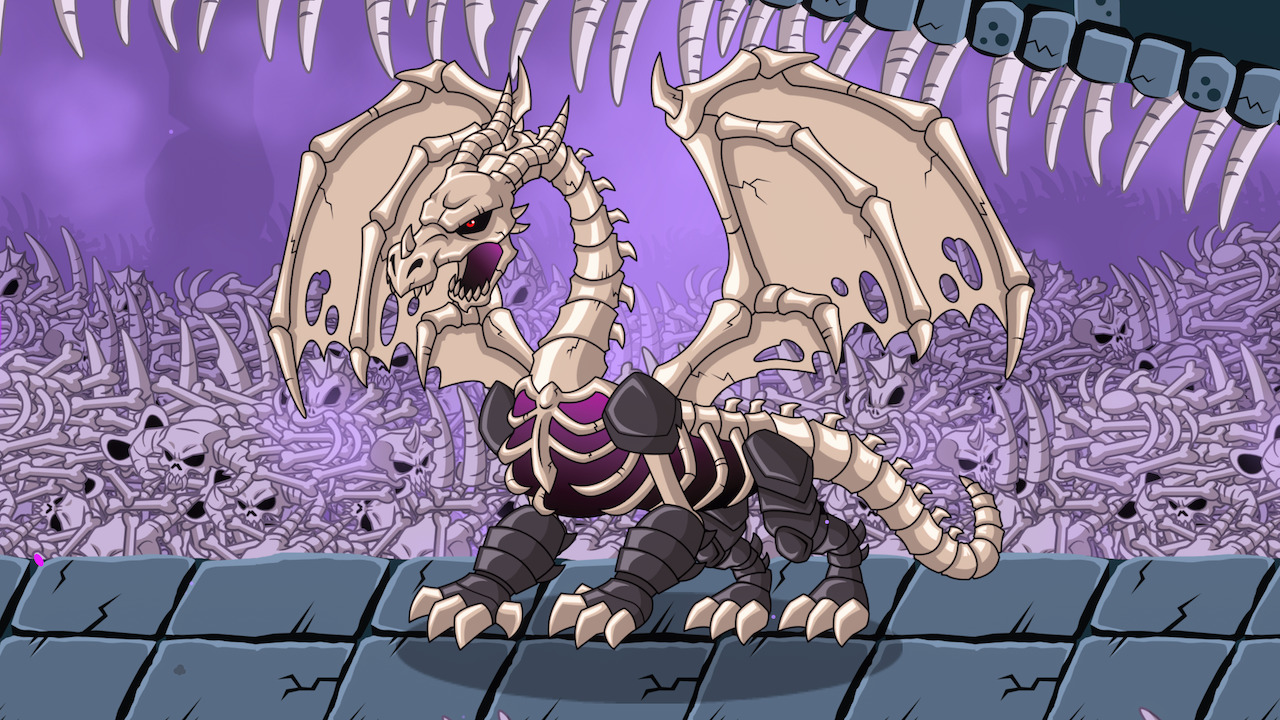 Speaking of healing, there was that waypoint thingy mentioned earlier. You can stop and rest at these spots and recover all your health in a moment. The downside is that all the baddies will respawn as well. If they gave you problems before, they are about to give you problems again. On the upside, you can use them to harvest more Umbra, so it’s not all bad. You will realize quickly how much you will need to do a lot of Umbra farming once you are introduced to the haven and all the nifty shops therein. You can upgrade spells with the Druid, upgrade your weapons and armor at the Nephilim, or purchase interesting baubles from the merchant. All of these, of course, cost lots of Umbra, so start whackin’ them skeletons!

The visuals of this game are a bit cartoonish and slightly reminiscent of paper puppets. The audio is minimal, but as a whole it all works rather well. The game seems to be using the “less is more” approach, but does it without becoming so minimalistic that it gets annoying. What we have is a fun romp that doesn’t take itself too seriously but still presents itself very well. 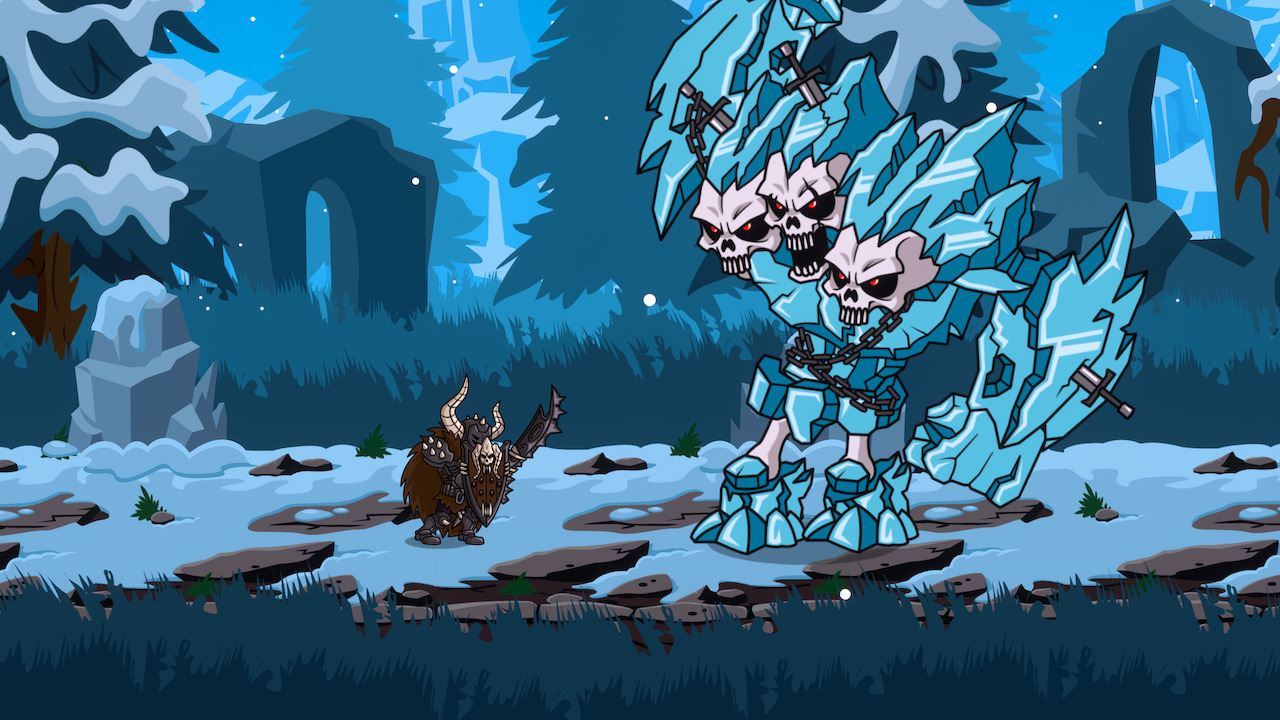 As you travel through the different levels, you will meet some characters who will reveal story elements that provide a little depth to the game. It doesn’t need a lot of this, but it does give you a moment to pause before plunging into the next set of baddies. Also, don’t forget you can access a map of everywhere you have been by using the minus ( – ) button. Keep an eye on this every so often; you may be able to pick out some areas you need to explore (those treasure chests aren’t going to walk up to you, you know). You can also use the + button to scroll through your inventory of items for use or equipping. Both buttons will pull up an inventory menu, but the minus button defaults to the map.

As a package, Watcher Chronicles is actually a very good game. It isn’t flashy. It doesn’t have a convoluted storyline. It doesn’t need any of that. This is simply a platformer designed to let the player (or players) have fun for a while.

Now, if you will excuse me, I have a crypt keeper to vanquish.

Watcher Chronicles offers enough of an RPG action platforming challenge to make you work for it, and provides enough satisfaction to keep you coming back for more (especially in local multiplayer). It doesn’t take itself too seriously, it just lets the player(s) get on with enjoying the game.