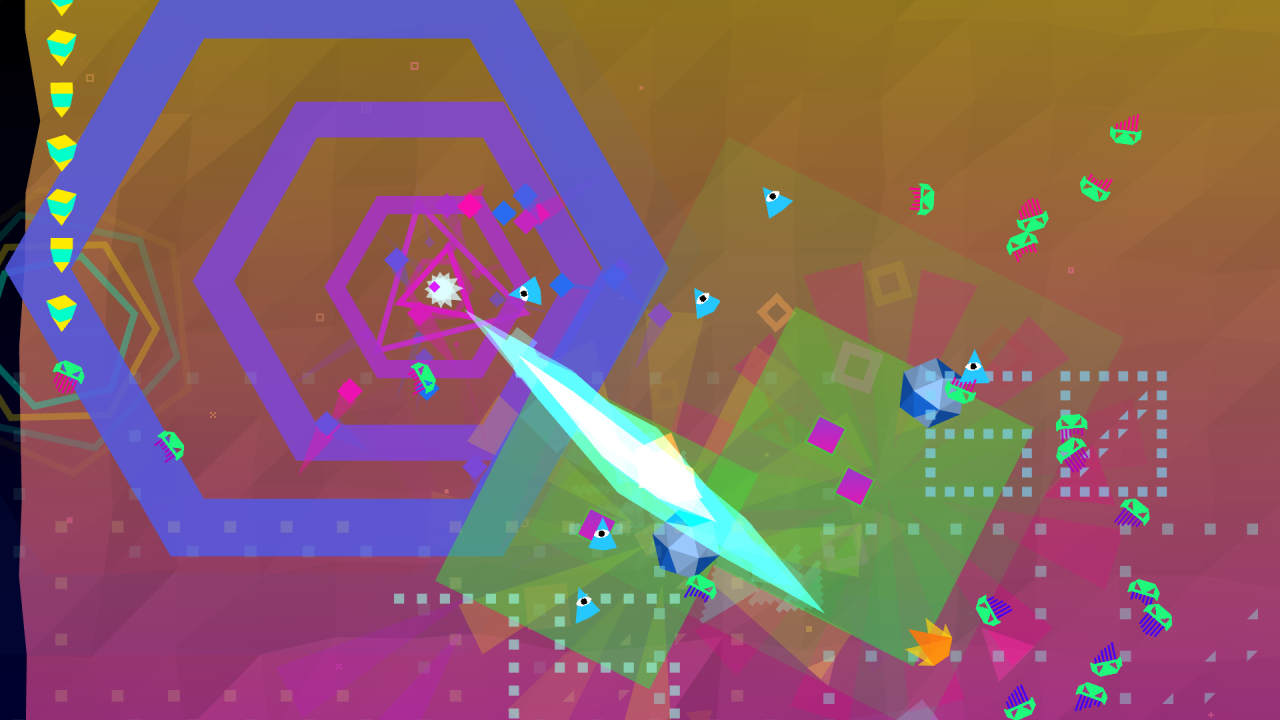 I’ve played a lot of twin-stick shooters in my time, and I don’t recall any of them being relaxing. They usually involve hordes of enemies, flying limbs, and the like, and you go into them knowing there’s little chance for success.

We Are Doomed isn’t like that. Your enemies are shapes, not aliens or robots or alien-robots. The backgrounds are trippy, not gritty. The music is almost new-age, not hyper-kinetic. If we truly are doomed, it’s a pretty relaxing way to go.

So, We Are Doomed is as much about its aesthetic as it is about the gameplay. Don’t get me wrong, however; the gameplay is fun for a while if you’re into twin-stick shooters. The visuals are instantly attention-grabbing, and the game tosses you into the action without any need for setup or explanation. 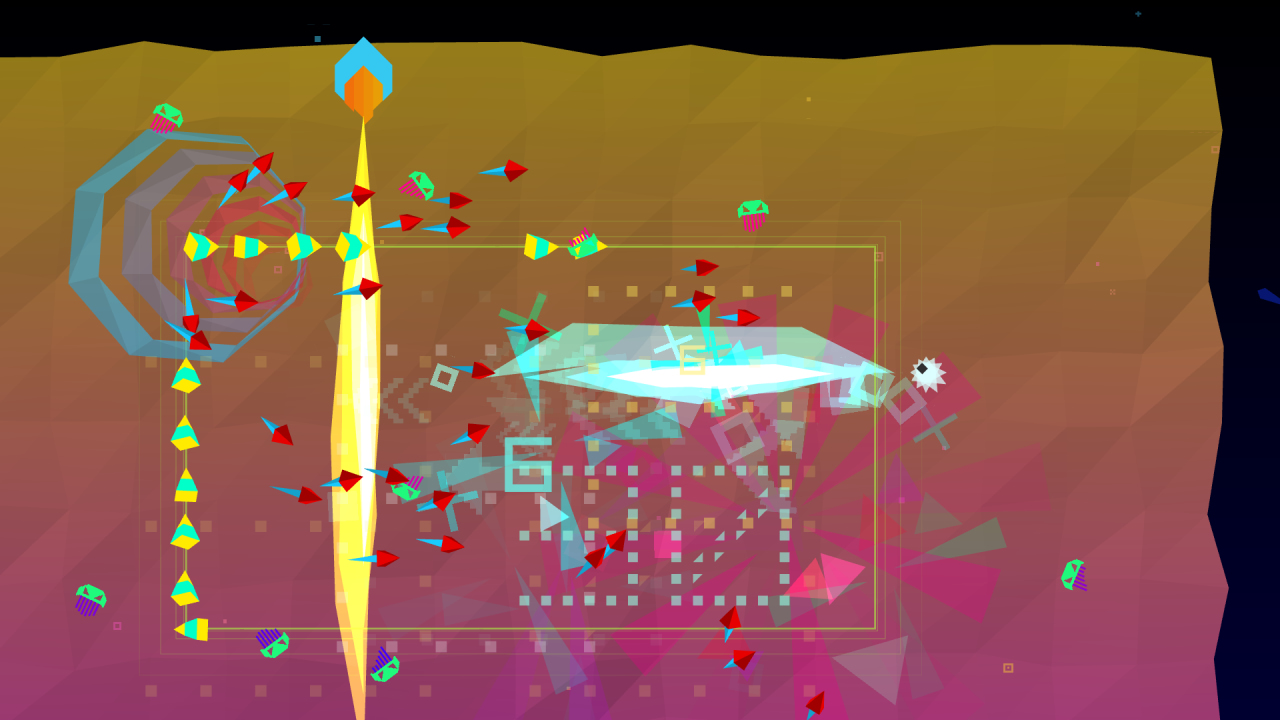 You zoom around a board of color and shapes, using a giant beam to eliminate enemies before they hit you. Movement is controlled with the L-stick, while your weapon is aimed with the R-stick. You know how these things work. As such, you smoothly zip through the action to find a point of safety from which you can launch your attacks. But there are many enemies zipping around, too, so safe berths can’t be maintained. Still, I like that your weapon is a giant laser that can take out anything between you and its endpoint, provided you hit that enemy long enough; unlike similar games, a little bit of contact is required to complete the kill.

Well, until you launch the superbeam, anyway. This requires a build-up, but when it’s ready you can wipe out pretty much everything on the screen. It’s satisfying, and perhaps too tempting to use. There were numerous times when I’d launch this devastating attack only to find myself wishing I’d held off a few more moments for when I really needed it. 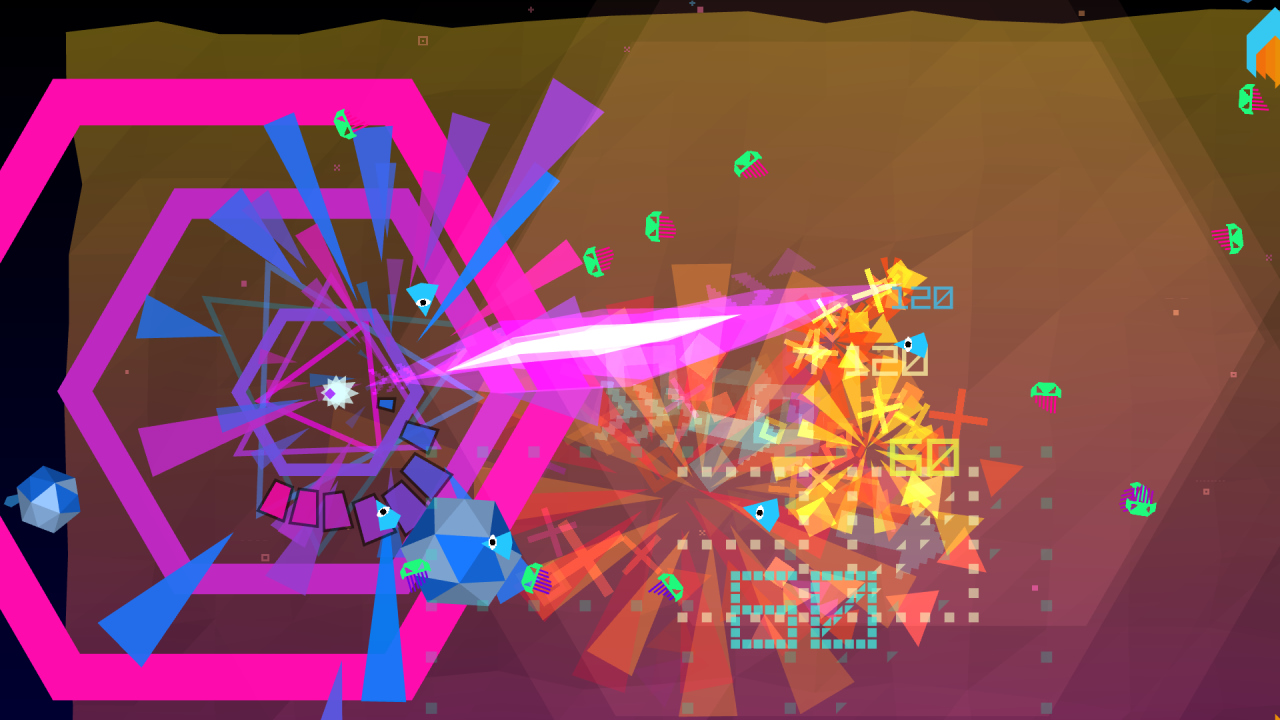 That, however, is part of the game. Learning when to use the superbeam is as important as learning what you can about the enemy attack patterns. Yes, you can have fun zipping around the screen without a strategy, but it’s only when you settle down and attempt to actually figure things out that you get to push deeper into We Are Doomed.

And that’s the problem; there’s not really a lot to push into. After the initial visual and sensory impact wears off, the game starts to feel pretty thin. Your weapon never advances. The enemies don’t change too much. There are no bonus levels that alter the gameplay. The two game modes—Waves and Endless—are pretty much the same thing. One eventually ends, the other doesn’t.

I was initially put off by this, but then I realized this is pretty much like all those old Intellivision games I played as a kid. Within half an hour minutes, you’d played the whole game. It was just a matter of getting better at the slowly ramping difficulty until you could do the exact same thing for hours if you had the time and lack of parental supervision. In that way, I found We Are Doomed somewhat endearing. The trouble is that I no longer have that amount of time, and I’m my own parental supervision. Video games have advanced, and I guess my attention span has diminished. I no longer want to do the same thing for hours. 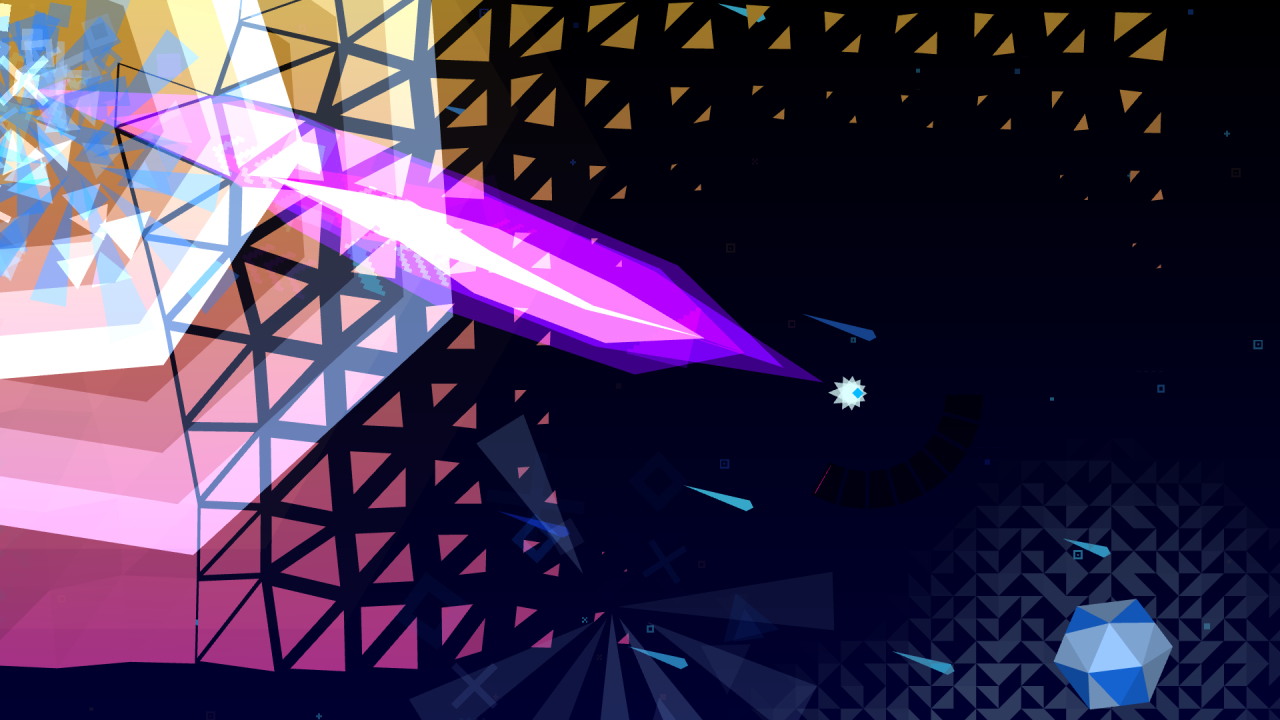 Ultimately, We Are Doomed is worth its asking price. The juxtaposition of frantic action with its relaxed presentation is certainly unique, and the visuals are quite exciting when you first start playing. If you’re not completely enamored with twin-stick shooters, however, it’s not going to offer you any reasons to keep playing for long.

Those seeking an instantly accessible arcade-action thrill are going to find it with We Are Doomed. Like many arcade games before it, however, that thrill does wear off quickly.

Raised on Intellivision and Star Frontiers, I've been a gamer since I was old enough to say, "There's nothing on TV." There's still nothing on TV so I'm still playing games, and I likely will be until I'm able to retire to Wuhu Island.
Top