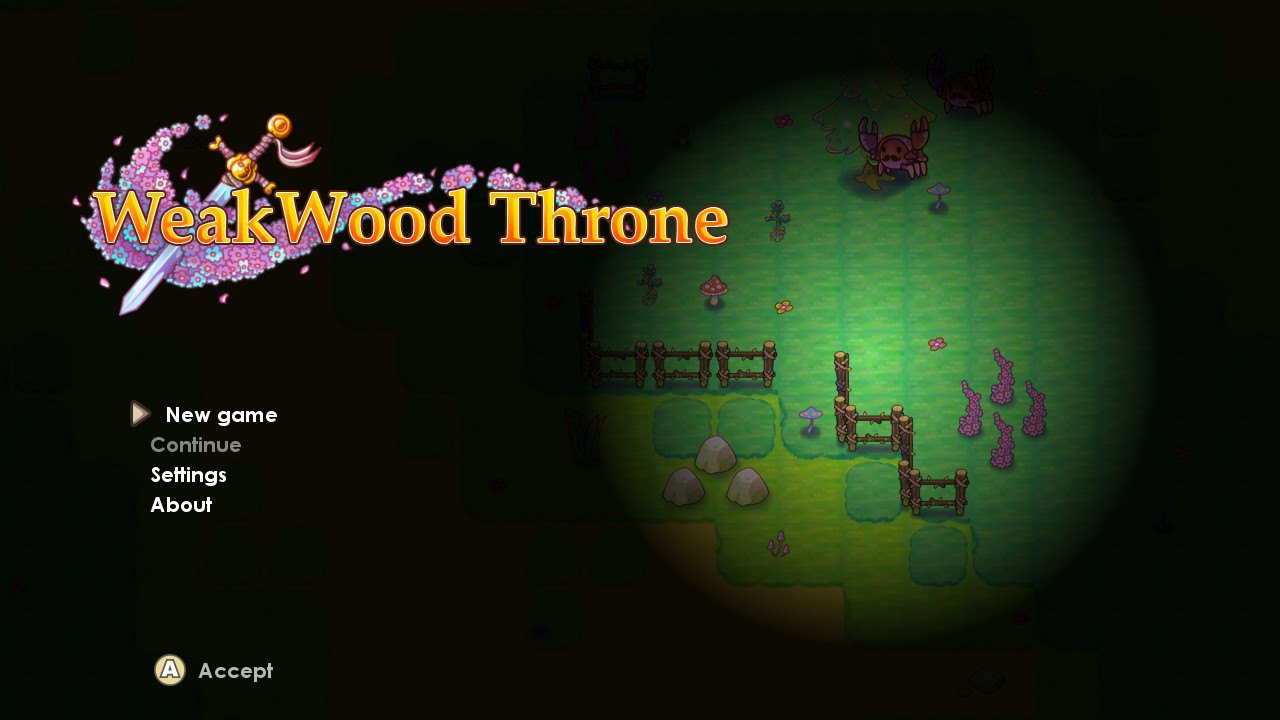 WeakWood Throne is an action RPG published by Drageus Games. When I first took a look at the trailer, I thought it would be charming and maybe even a little relaxing as far as RPGs go. Unfortunately, this wasn’t the case. 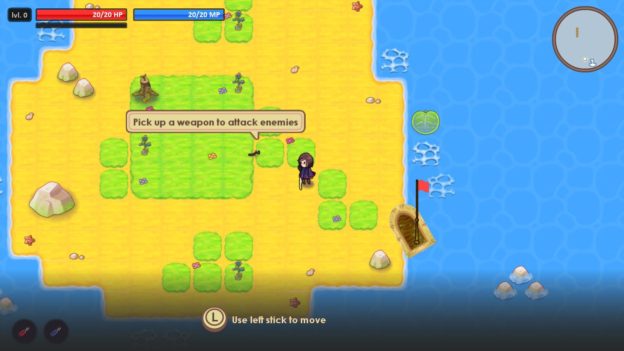 I’m not entirely sure what the purpose of this game is, and I don’t think the game knows, either. You play as a nameless character who runs around from screen to screen completing mundane tasks for NPCs and fighting enemies along the way. It doesn’t sound too bad, no, but where are we? Who are we? Why are we here? Is there a story? Is there a reason why we’re doing these quests for random NPCs?

No, there doesn’t seem to be a reason at all. With the lack of story, there’s a lack of stakes. I didn’t care about any of the characters or what was going on in the game at all. The quests, which seemed to be the main point, were boring. They were mostly fetch-quests that didn’t seem to have any meaning at all. For example, an alligator needed his book about butterflies back. So, you talk to the guy who borrowed the book, but there’s one butterfly missing. You need to find the butterfly and give it to him so he’ll give you the book and you can return it to the alligator. 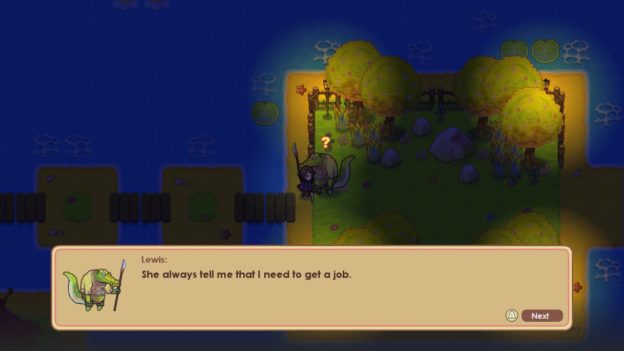 What do you get for these quests? Experience points and items—the same stuff you get when you’re out and about exploring and defeating enemies.

Experience allows you to level up and earn points to put toward your health or magic points. You can put these points toward strength and other stats, which is what you need for certain weapons. As you explore, you’ll find weapons throughout (or you can buy them from the town’s weaponry), but each weapon requires a certain amount of strength in order to be equipped. While this makes sense, it wasn’t fair in the beginning. 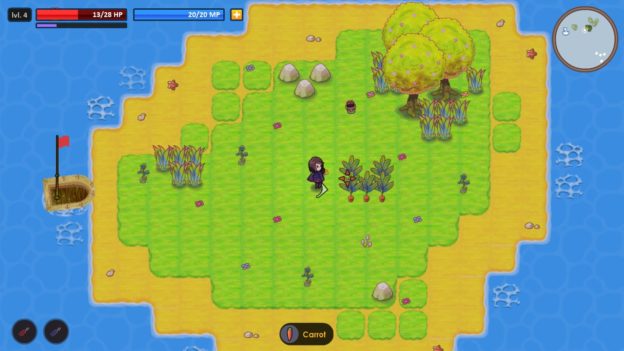 The first weapon you find is a stick, and you’re stuck with it for a while. But the stick isn’t strong enough to defeat enemies, especially when the controls are not responsive in the slightest. The game didn’t know how to aim even if my cursor was on the enemy or flower that’s not even moving. You need to collect sunflowers or carrots for quests and items, and this was one of the hardest things.

The controls are set up as a twin-stick, so you move with one stick, aim with the other, and hit with a button. It didn’t work with this game, though. Even if I had the flower lined up just right, I still managed to miss several times. Compared to enemies that are much bigger and stronger than my stick, combat was difficult. 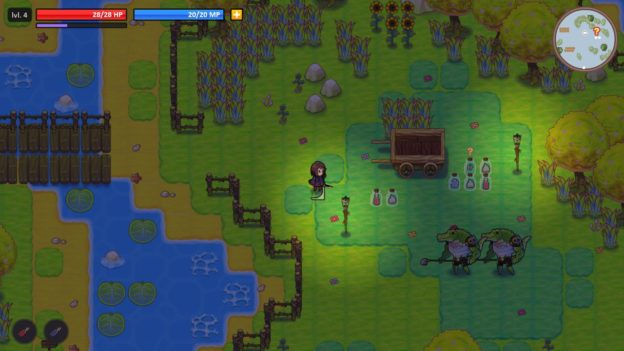 The graphics are cute, but that’s about it for me. I enjoyed the music, but the entirety of the game is a single track on a loop. There’s no variety.

Between WeakWood Throne’s lack of depth and story and poor controls, I couldn’t get into this game. I was frustrated throughout my entire playthrough, and even though the combat got a little easier as I got farther, it was tough to complete.

WeakWood Throne looks charming from the outside, but it still needs a lot of work in terms of feeling like a completed game.