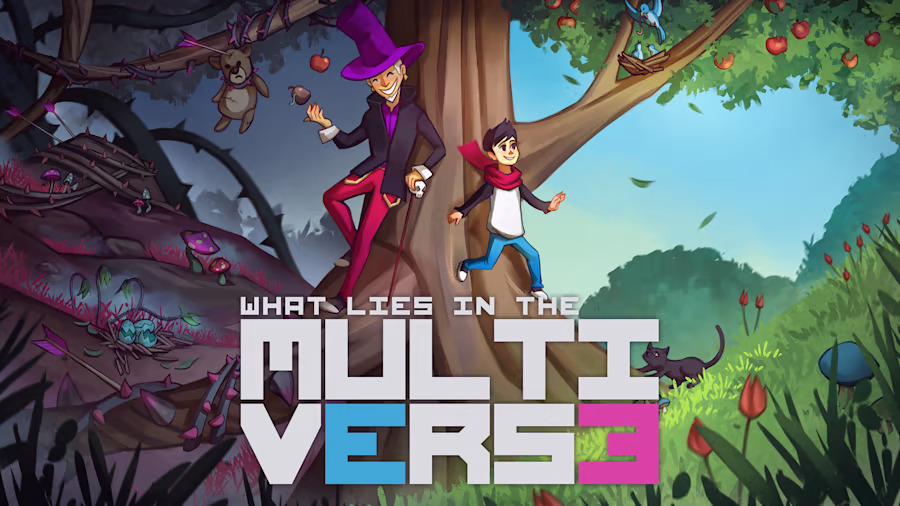 What Lies in the Multiverse isn’t just a question for Marvel fans to ponder. It’s also the name of an enjoyable puzzle-platformer for the Nintendo Switch. The strong narrative and clever puzzle mechanics successfully bring this title to life.

Like Dr. Strange’s recent journey into those maddening multiverses, What Lies in the Multiverse is the tale of two interdimensional travelers. Rather than featuring superheroes, though, here you play the role of an intelligent, unnamed lad who discovers how to unlock the multiverse. When he accidentally travels to another dimension, he stumbles upon the enigmatic Everett, a charismatic mad scientist who comes across like a universe-hopping version of Willy Wonka. When the kid becomes Everett’s assistant, the duo travels the multiverse to discover its secrets while a mysterious group shadows their movements. 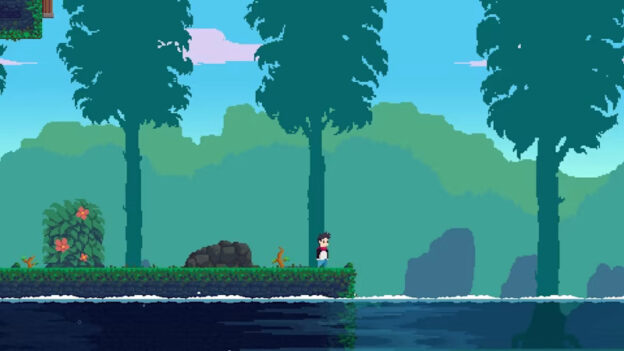 The compelling story is a huge part of this game, which is broken into nine chapters. Each chapter presents players with dual dimensions to explore, which is where the unique world-traversing mechanics come into play. The kid—thanks to Everett—now has the ability to swap between each world, using the subtle differences between them to solve puzzles that block his path. 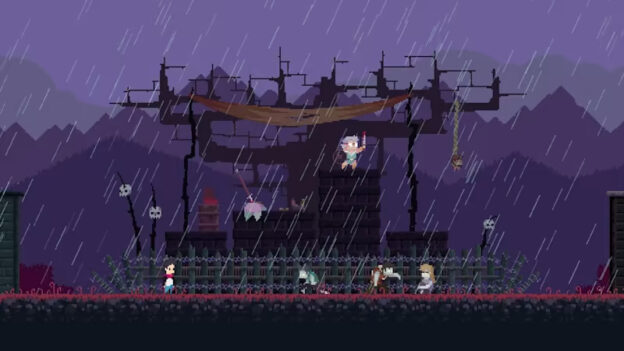 The puzzles are well crafted, with variance in each chapter to stop the game from feeling repetitive. The dimensions represent two versions of each other. While one might look bright and happy, the corresponding world may be a bleak, tortured version. Some objects only appear in one of these dimensions, like a frozen ledge in the icy wasteland or a long vine to be climbed in the overgrown forest. It’s a super-simple concept that’s well executed, often presenting a seemingly impossible area until you see the right path. It’s never frustratingly hard, yet it’s difficult enough to bring satisfaction when solved. Additional mechanics—such as dimensions with no air or static sections in which you can’t swap—add complexity to the later levels. 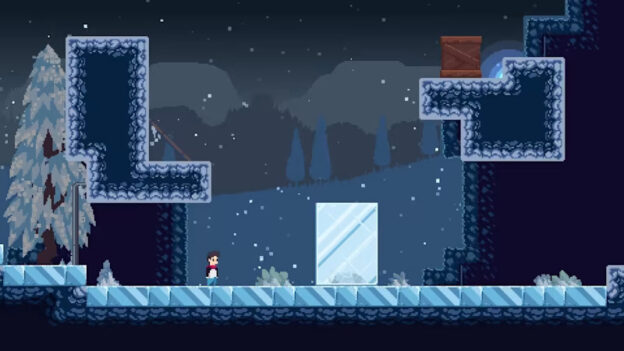 Graphically, What Lies in the Multiverse sports that classic 16-bit flavor that hits the sweet spot between colorful and retro. The sprites are full of personality, popping off the screen with their vibrant hues and enhancing their often-hilarious speech. There’s violence, too, albeit in a cartoony sort of way. For example, in one scene Everett “accidentally” hits someone with a car. Twice. It’s part of the fast-paced humor that works so well with the visual style, coming across like a comic made for older kids or adults. A few swear words also make an appearance, so it’s definitely not suitable for younger audiences. 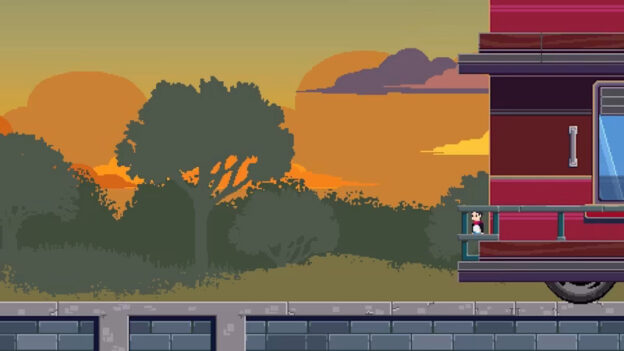 The music is a real treat, too, with each chapter featuring unique audio. Not only that, each of the two worlds within each chapter has its own soundtrack. These can be lively or haunting, suitably matching the environment you’re in. A particular highlight is the fast-paced piano tune that accompanies the train ride in chapter three. The entire score adds to the immersive experience of the game.

Overall, What Lies in the Multiverse is an enjoyable story-driven affair that brings as much humor as it does drama. The well-designed puzzles strike the perfect balance between fun and challenging, and their variety helps keep players engaged. This is one title that’s definitely worth checking out!

What Lies in the Multiverse is an enjoyable story-driven affair with well-designed characters and puzzles that strike the perfect balance between fun and challenging. This is one title that’s definitely worth checking out.