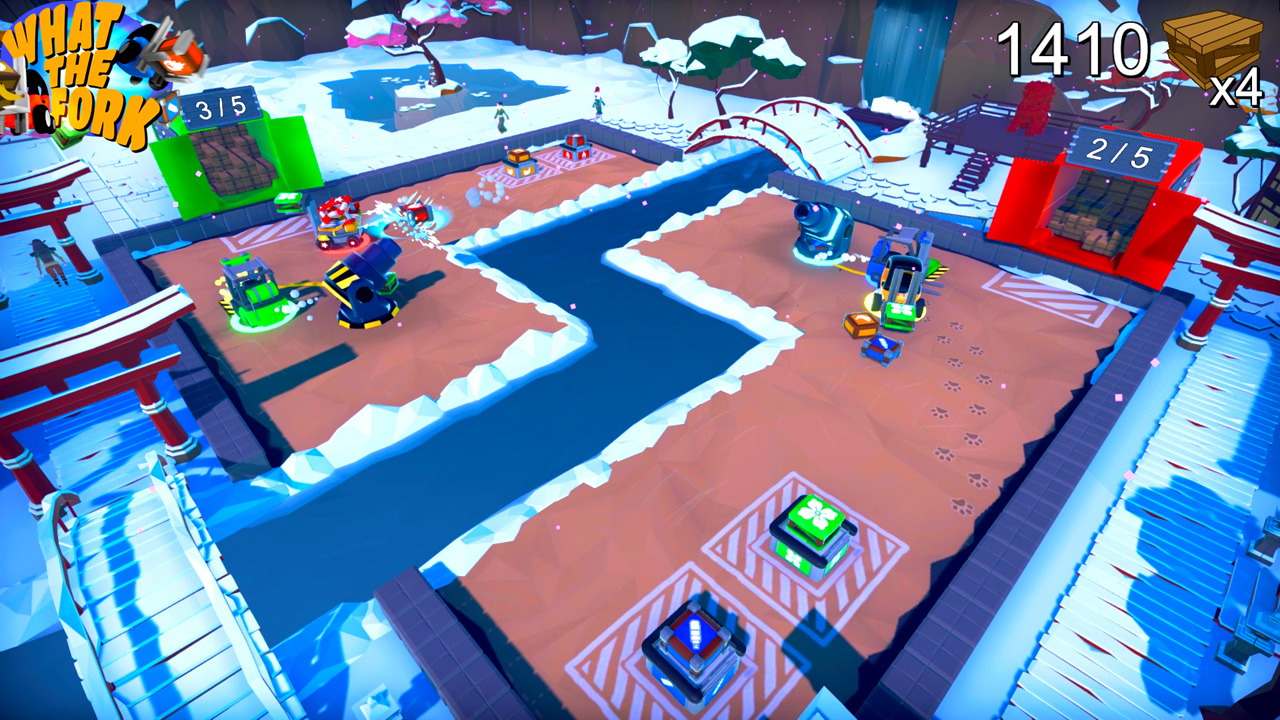 The Nintendo Switch has become a powerhouse of party games, offering players dozens of excellent options for local co-op and competitive play. Bit2Good’s action arcade game What the Fork is a recent example. Does it stack up against the competition?

Okay, I’m sorry about that. I normally try to avoid such obvious puns, but this game is called What the Fork. It’s a bad play on words, exacerbated by an opening monologue that repeatedly tells the same joke, as if doing so will eventually make it funny. It doesn’t work.

But who cares? Once you’re past that, you’ll find yourself in a unique multiplayer party game that’s sure to keep your guests entertained (for as long as you’re able to remain cordial with each other, anyway). 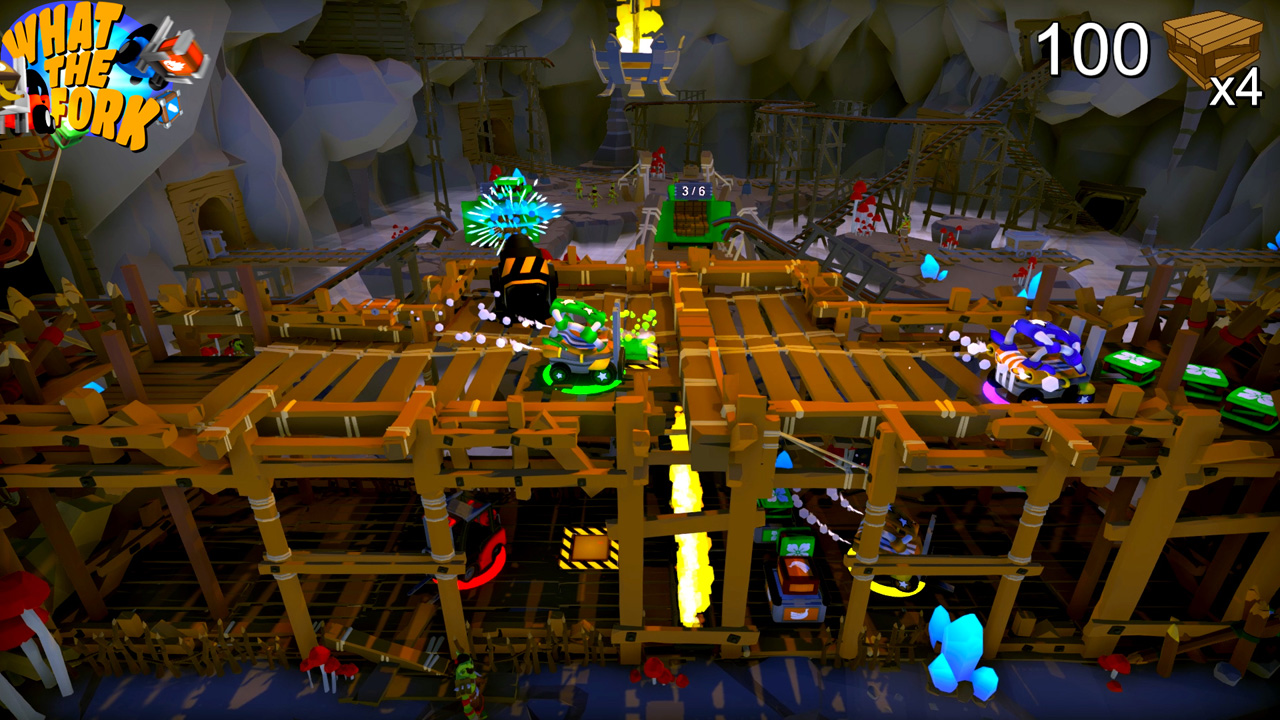 The basic premise here is that you’re using a forklift to move boxes into delivery trucks. I imagine it’s like working at Amazon, right down to the inability to unionize. You move your truck with the L-stick, and raise and lower the fork carriage with X and B, respectively. Y picks up the box, and A provides a quick “dash” to get your forklift to its destination a bit quicker. If you’re playing on your own (which I don’t recommend), hitting R or L will switch trucks.

The boxes you need to move around are color coded for their destination. Red boxes in the red truck, green in the green truck, etc. Efficiently delivering the boxes provides most of the challenge. You have to work together to grab a box, toss it beyond various inventive and unexpected barriers, and get it to the truck. You’ll also need to utilize everything from conveyor belts to canons to move the boxes around, so you can expect things to get quite hectic. 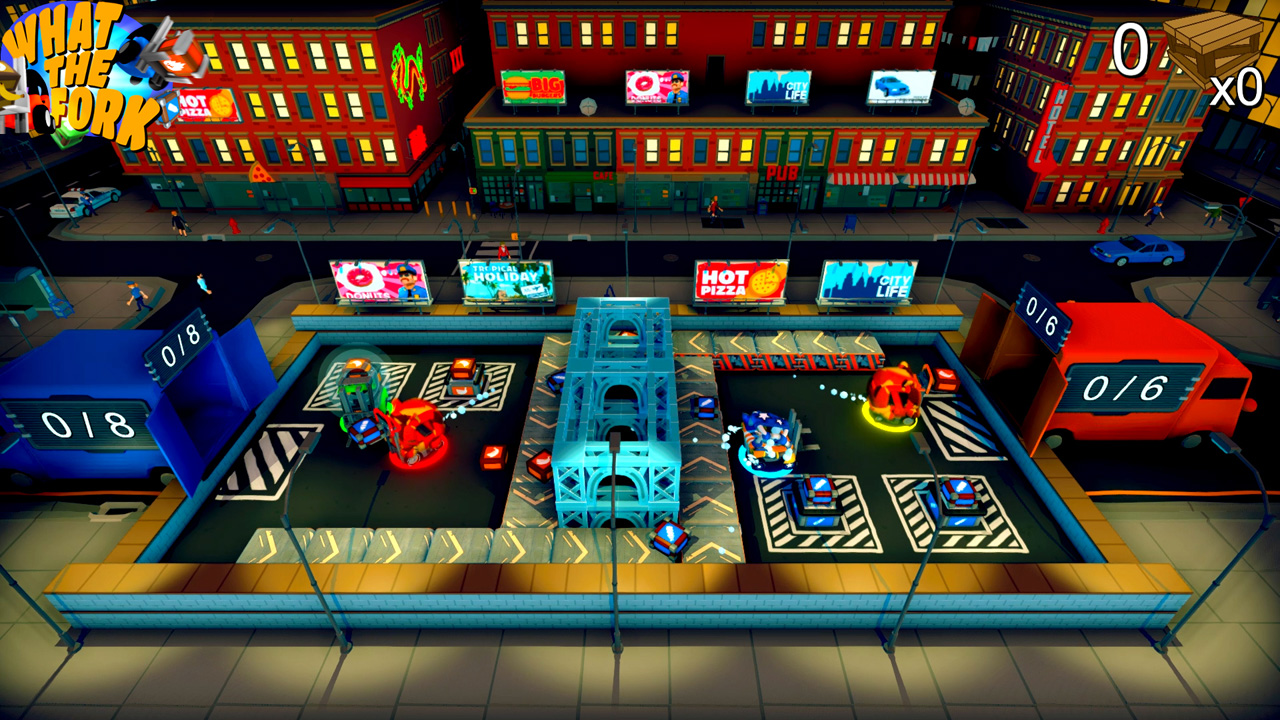 To make matters worse, you’re battling a timer. At the end of each three-minute round, you’re rewarded with golden boxes based on how many packages were delivered. It’s usually pretty simple to get at least one golden box, and quite difficult to obtain all three. These rewards can then be used to unlock further levels and to buy various cosmetic upgrades.

Various items can interfere with your system: fire, floors that rise and fall, the driving skills and strategies of your co-players, etc. The process of getting the boxes to the truck gets wildly messy as things progress. And considering you’re expending as much effort getting the properly colored box to your partners as you are loading your own truck, there’s plenty of ways that things can (and will) go wrong. 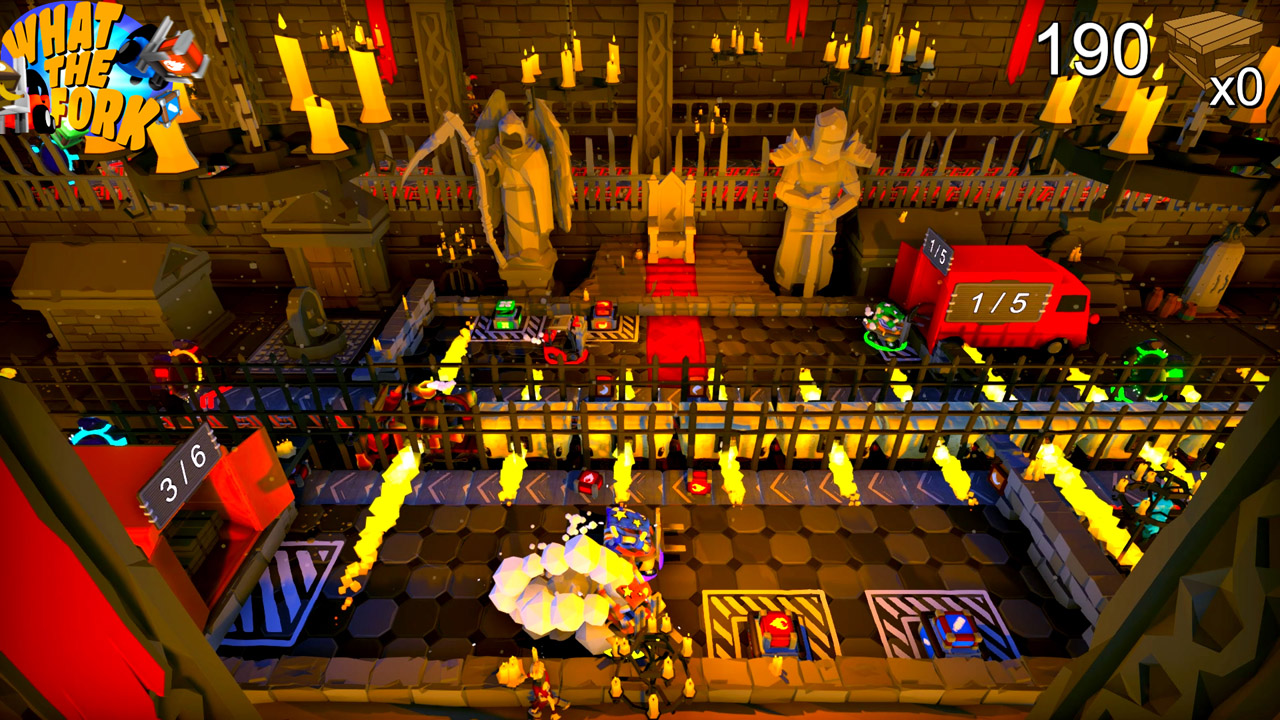 Unfortunately, one of those ways is the fault of an odd control decision. The Y button loads a box on your fork carriage. That’s fine, but there isn’t a button assigned to getting that box back off. Throwing boxes to the other players’ forklifts is a very important part of this game, so it’s annoying that you can’t just hit a button or trigger to automate the process. It’s worse that you’re never told how to do it. Sometimes, hitting Y while moving the forklift seemed to do it. Other times, I also had to raise the fork carriage. If there’s a consistent way to do this, I couldn’t find it. 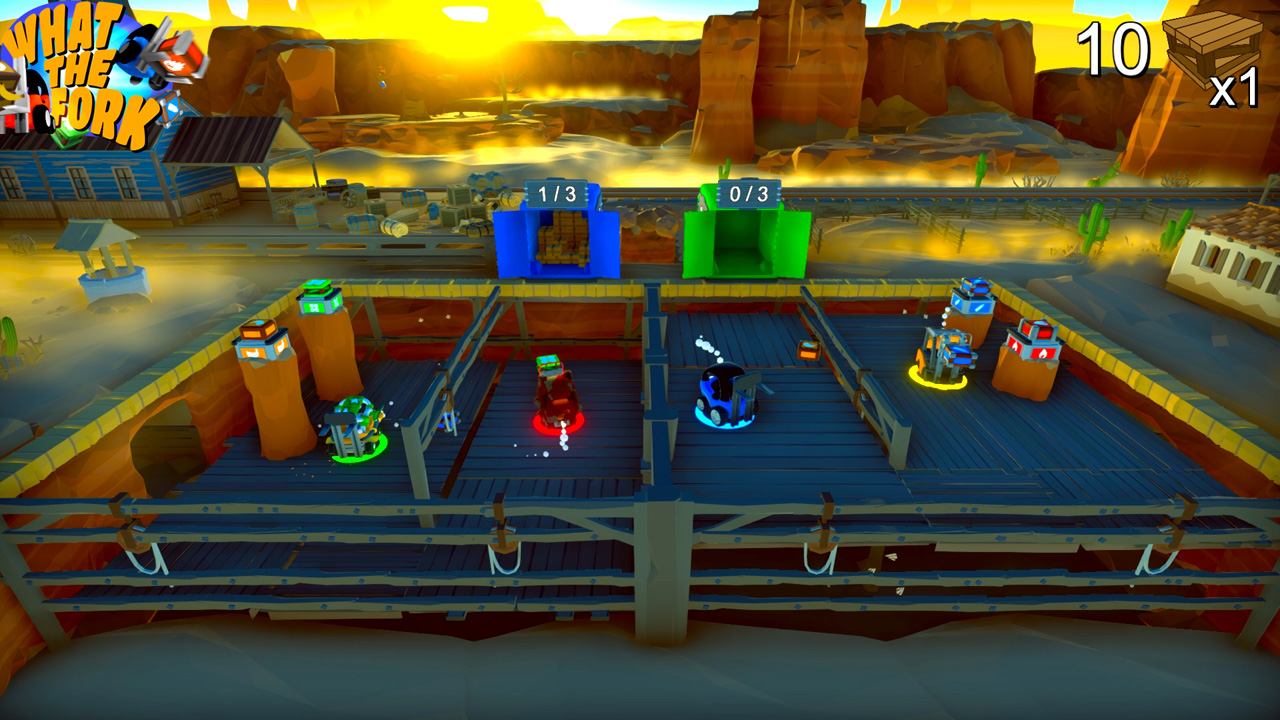 That control problem aside, What the Fork is a unique action arcade offering with enough puzzle elements to entertain the gang for the better half of a gaming session. It won’t keep you busy for long in solo mode, but the co-op and competitive multiplayer options present chaotic fun.

You may not think a game based on forklift operation could be all that entertaining. With the right group of friends working either cooperatively or competitively, however, you’ll get some fun out of What the Fork. Just be sure to avoid having to work alone.

Nintendo Switch what the fork bit2good