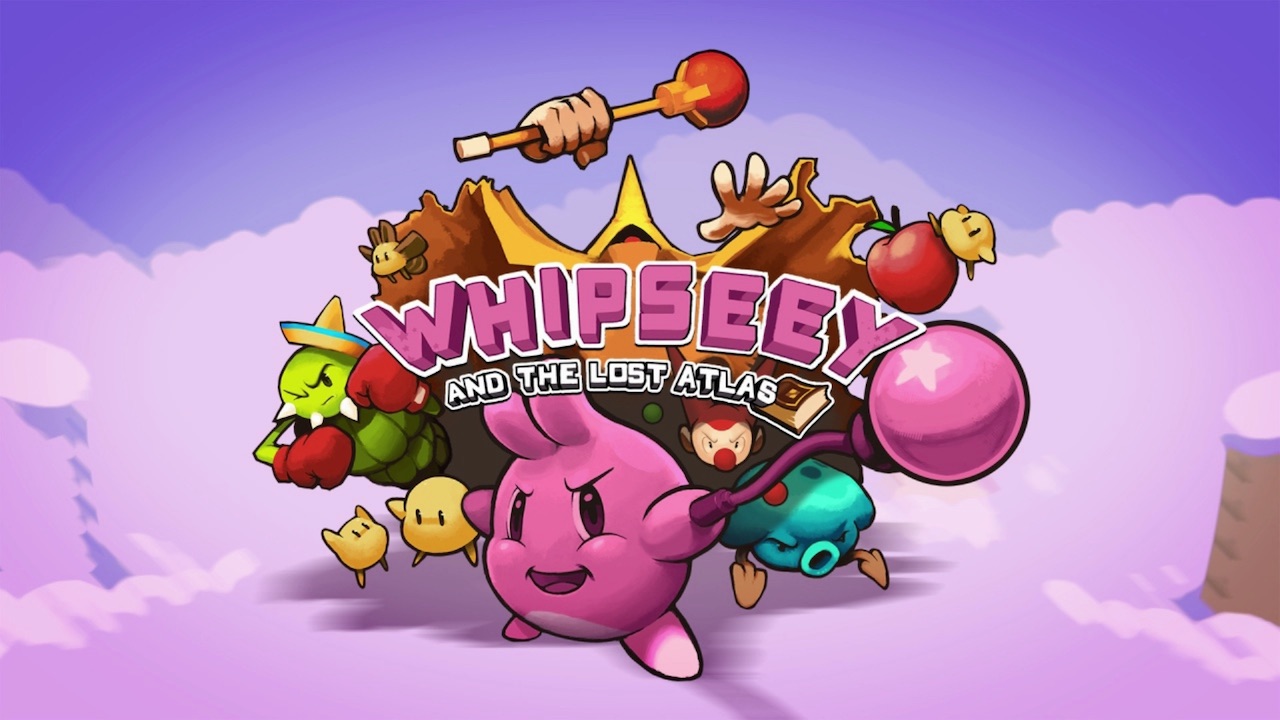 If you’re a fan of the Kirby series you might want to pay attention. There’s a new pink puffball in town and his name is Whipseey. Actually, his name is Alex and while reading a magical book he is whisked away to the world of Whipseeyland. Upon entering this world he is transformed into the cherubic blob known as Whipseey. In order to turn himself back into a human, Alex must collect magical orbs with the help of his trusty whip and find a way home.

While this isn’t exactly a Kirby clone, it’s obviously influenced by everyone’s favorite little pink vacuum. But there are a lot of differences, almost as many differences as there are similarities. Whipseey uses a whip to attack enemies, so you won’t be inhaling anyone in this video game. You can also jump on some enemies to stun them for a short time. You’ll notice that Whipseey doesn’t float or fly on his own. That magical whip of yours can be used as a helicopter to get you across treacherous areas. You also won’t be gaining any new abilities during your adventure. The whip is cool and all but it would have been nice to upgrade or maybe get it to do something different later on. 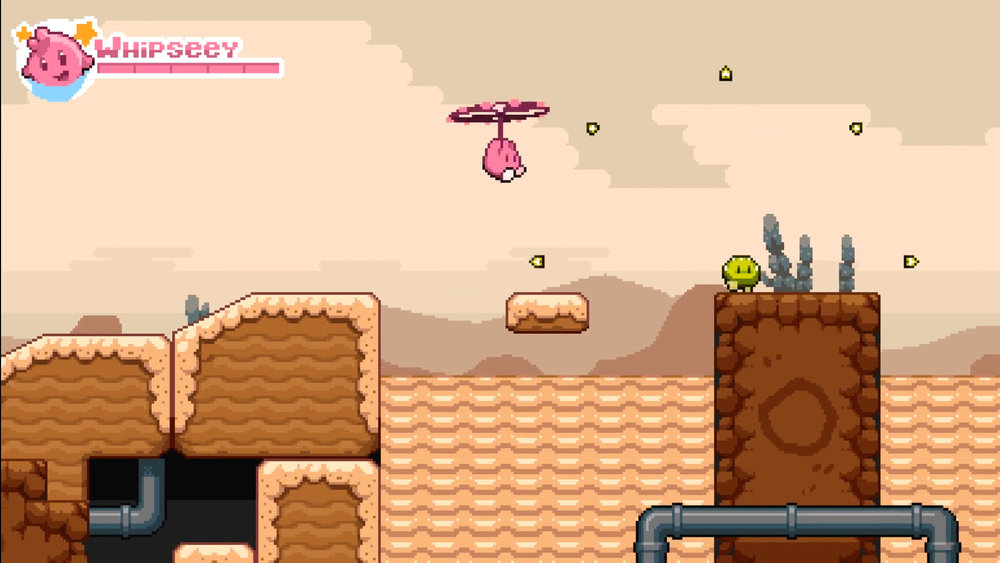 Speaking of “later on”, Whipseey and the Lost Atlas is a very short game. You can beat it in under an hour without much trouble at all. That was a little disappointing because I felt like with just a little more depth, maybe some collectibles or side quests this could have been a really cool game. But it’s just so underwhelming compared to some of the other platformers I’ve played recently. There’s really nothing to do besides move along to the next level and then bam! The game is over, just like that. Some of the bosses were a little change of pace and I liked the cartoony look they had, but they were kind of easy to beat as well. 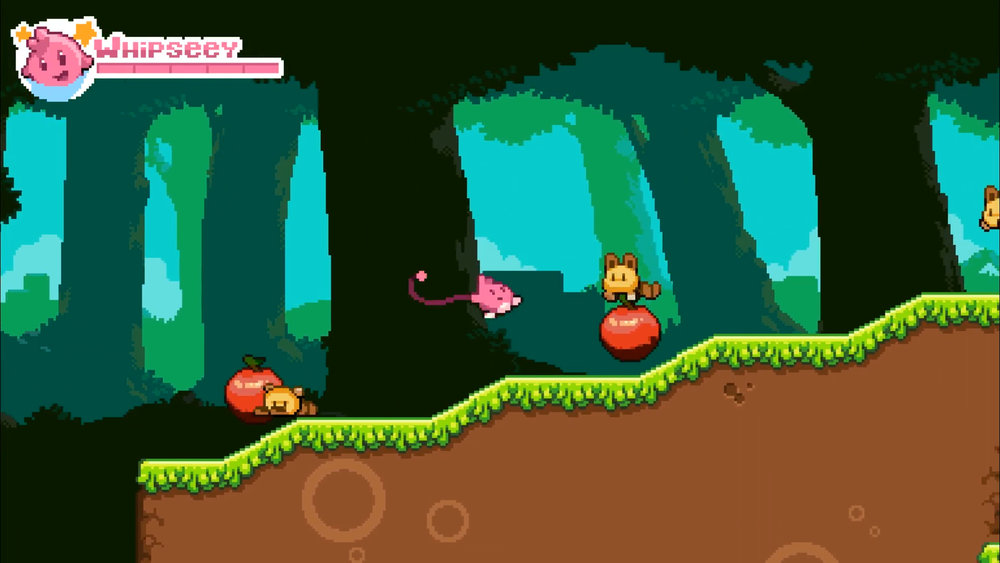 The way everything looks and sounds isn’t too bad. It gives off a good retro vibe. Kirby is just the first game that comes to mind because of the main character, but this game reminds me of A LOT of games I used to play when I was a kid. Some of the levels are fun to go through and look at, even if they’re not really challenging… Actually, the more I explain this game to you all the more I feel like it’d be a great alternative or beginner platformer for younger kids. It’s bright, colorful, the music is fun, and kids won’t get so frustrated that they quit playing. Just a thought. 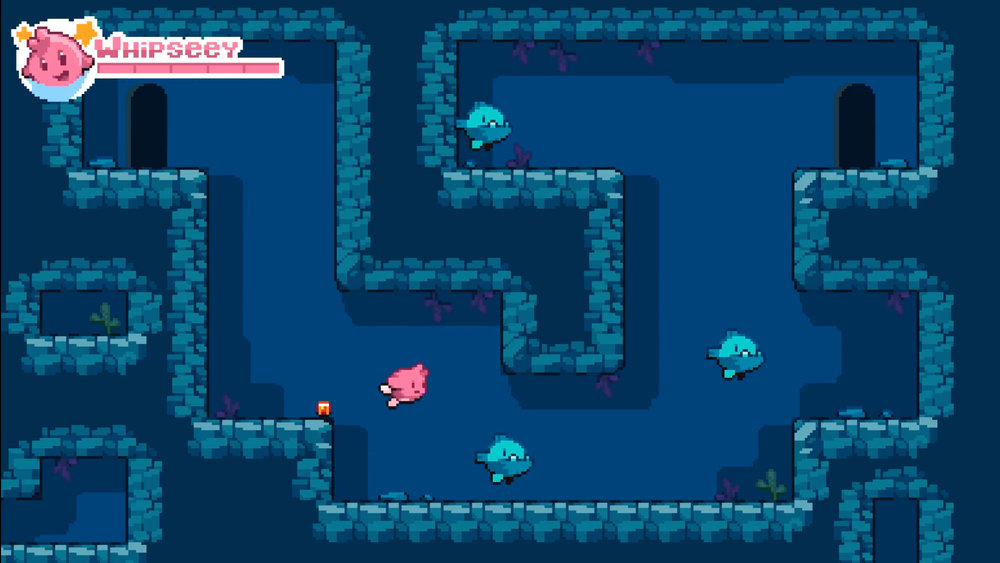 Overall I wanted to like Whipseey and the Lost Atlas but it’s just not a very memorable game for me. As I mentioned above though, I think it’s a good game if you have young children in the house and you’re looking for something they’ll enjoy. I’d love to see a sequel to this game one day -IF- some more features were added, and maybe some different weapons or abilities were made available. But hey, maybe you just like the color pink and you think Whipseey is cute. Checkout Whipseey and the Lost Atlas on the Nintendo Switch eShop for $5.99.

Whipseey and the Lost Atlas looks great and I liked the retro inspired music, but it’s a short game. It also lacks exciting features and objectives to keep the player interested. Would be a good game for younger kids though.