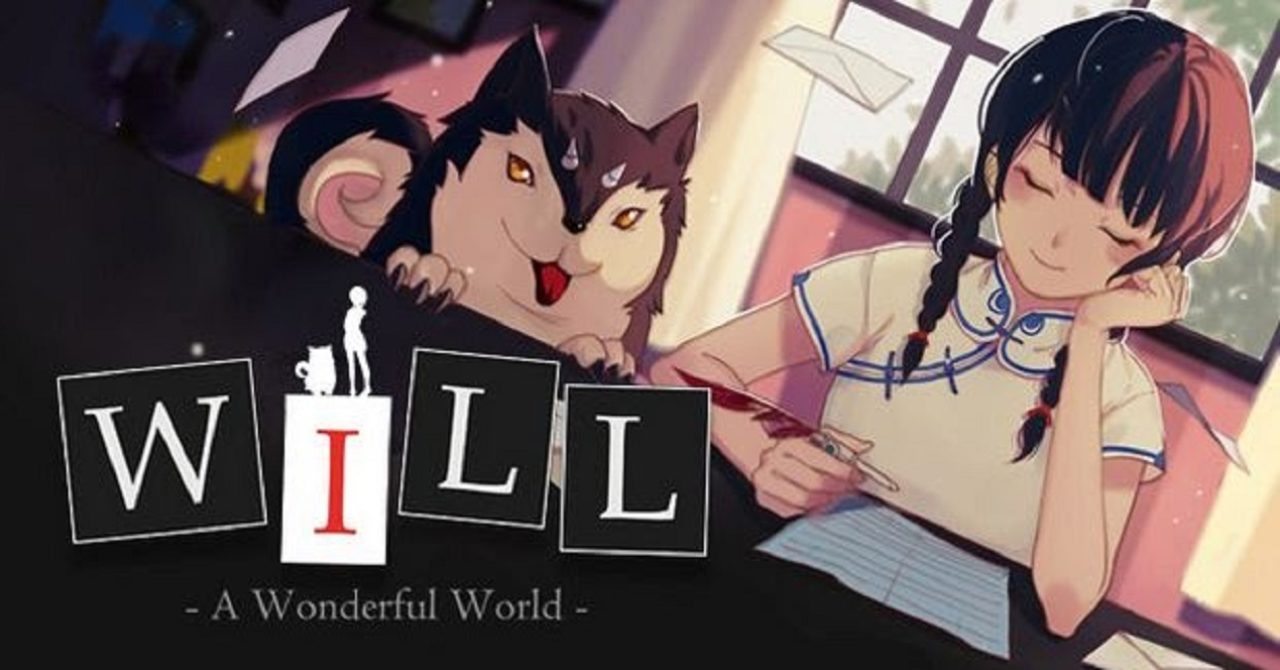 The experience of playing WILL: A Wonderful World, is the closest to reading a book that you’ll likely find in any video game. While many narrative-driven games deliver their stories through linear gameplay, animated events and acted or written dialogue, this game instead has next to no graphics and sound effects. WILL is entirely played by reading short stories, each a few minutes long, then rearranging sentences from the text to reshape the order of events, producing different, hopefully better, conclusions.

Each short story is written from the perspective of one of the game’s numerous characters, each of whom has multiple stories that usually connect and flow on from one another. As you read more and more of their lives and try to improve them by rearranging events, you become increasingly invested in the overall picture, and this is how the game keeps its hooks in you, just like any good novel. The storytelling is where WILL: A Wonderful World shines best, especially when multiple character’s stories begin to overlap, showing the same scenes, but from different perspectives. Often, one event will involve and impact multiple characters, while other times characters may only be close to each other by coincidence, and never actually interact, effectively making one character an Easter egg in another one’s life.

The music that plays in the background while reading each story always does a great job at setting the mood and increasing immersion, and some of the tracks are simply excellent, which is why it’s no surprise the game has a menu just for listening to its soundtrack. Occasional controller rumbles and sound effects also help bring the writing to life, as well as illustrations which, unfortunately, are even more infrequent. This is a shame as the game sometimes fails to paint a clear picture of the events in the reader’s mind when it leaves out important details in its descriptive writing. This is likely a side-effect of a deliberate choice to keep each story short, which is a good decision, but only if it were assisted with some more illustrations to help present scenes exactly as the writer imagined. Ambiguity around things like the shape of a room, the positioning of characters etc. leaves the text rearrangement challenge a bit of a guessing game after reading the story. Furthermore, after swapping sentences around, it becomes anyone’s guess what the object of each sentence becomes, so the rearranging game is often (not always) much less about logically solving a puzzle, and much more about trying every possibility until the best outcome is found. This isn’t too much of a problem since the game is aware of this and offers many interesting story endings to read, even for wrong answers.

If you like reading and the idea of seeing multiple endings to many short stories, you’ll likely find over 10 hours of entertainment in WILL: A Wonderful World, much of which will be accompanied by great music in the background. However, not all book lovers should immediately run to the eShop, because it should be noted which types of stories the game likes to tell. There is a variety, and some are purely comedic, but a large number, probably the majority, are about intense violence and similarly depressing events. It doesn’t go into too much detail on gore, but does still paint some gruesome graphics in the imagination, and it can touch on some really disgusting criminal actions that people can commit.

Overall, WILL: A Wonderful World serves a specific audience well, providing a solid core experience for people who like reading intense stories. As the game itself suggests, it should be played with headphones on, in a comfortable position, so it’s a shame the entire game isn’t playable with touch controls only.

The storytelling is where WILL: A Wonderful World shines best, especially when multiple character’s stories begin to overlap, showing the same scenes, but from different perspectives.