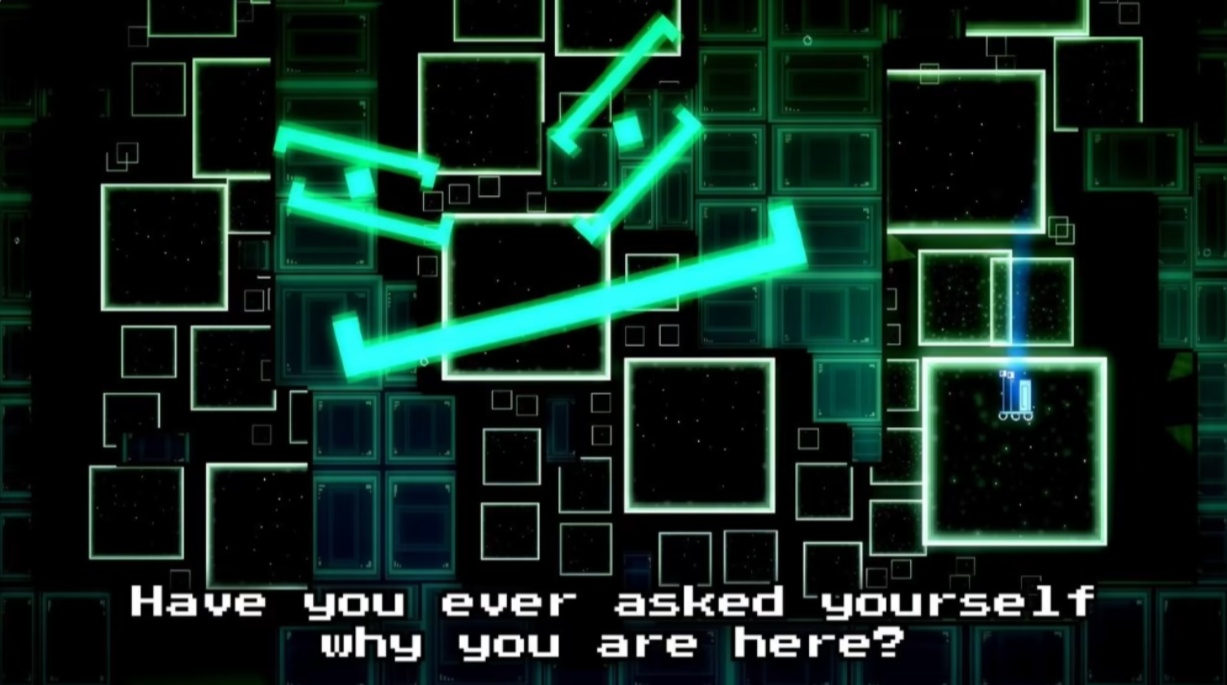 By Kirstie Summers  •  7 months ago

In a market inundated with clever platformers, Will You SnAIl? finds a host of unique ways to stand out from the crowd. Set in a technologically advanced future, you play as a digital snail trapped in a labyrinth controlled by an evil AI Squid. You have to progress through the levels he sets you to escape his wrath and uncover the secrets in his past that triggered his evil outburst.

The game itself is gorgeous to look at. The animation is fluid and fast-paced. The art style is bold and colourful, creating a unique setting for a platformer and leaning into the science fiction theme.

Will You SnAIl? is laid out like any other action platformer, with 2D levels you have to cross to progress. What makes it different is the villainous AI Squid that tracks your progress through the genuinely difficult puzzles and messes with you as you go. As well as spawning new traps each attempt, based on where you succumbed before, it also smugly displays how many times you’ve died so far and mocks you relentlessly. 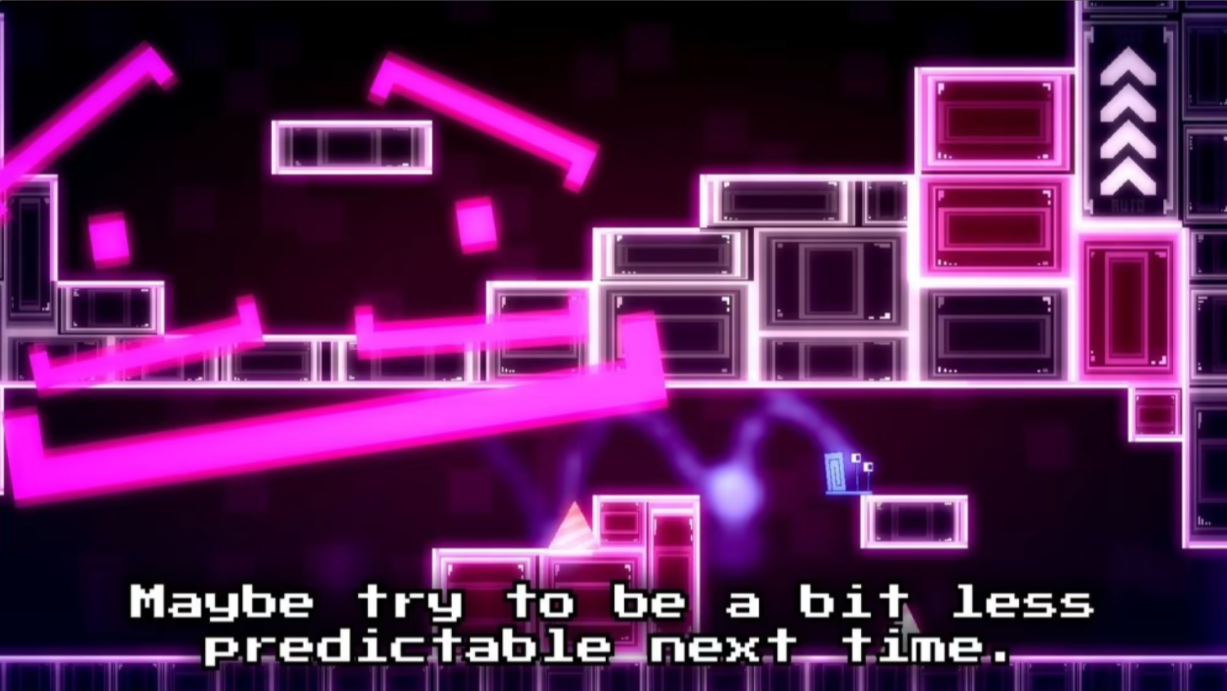 The Squid is easily the star of the show in this game. He is incredibly funny to fight against, channelling a sense of humour that legitimately understands its audience. His jabs and barbs motivate you to keep going, to prove him wrong, to power through even past the point at which you might have rage-quit a different game.

This sense of humour is baked into the core of the game. It is expertly woven into every detail. For instance, every difficulty setting is some variation of ‘easy’, because the Squid has no faith in you. If you are struggling, the Squid will sarcastically lower the difficulty for you – and increase it when you’re doing too well for his liking. This is a nice touch that doesn’t make you feel defeated to need to change the difficulty setting, given the element of humour through the Squid’s overly patronising commentary.

If you quit, you’re even asked if you want to switch to a different save file or if you’re frustrated. If you admit that you’re frustrated, you’re directed to a simple point-building, bubble-popping game to relax you before you switch off. 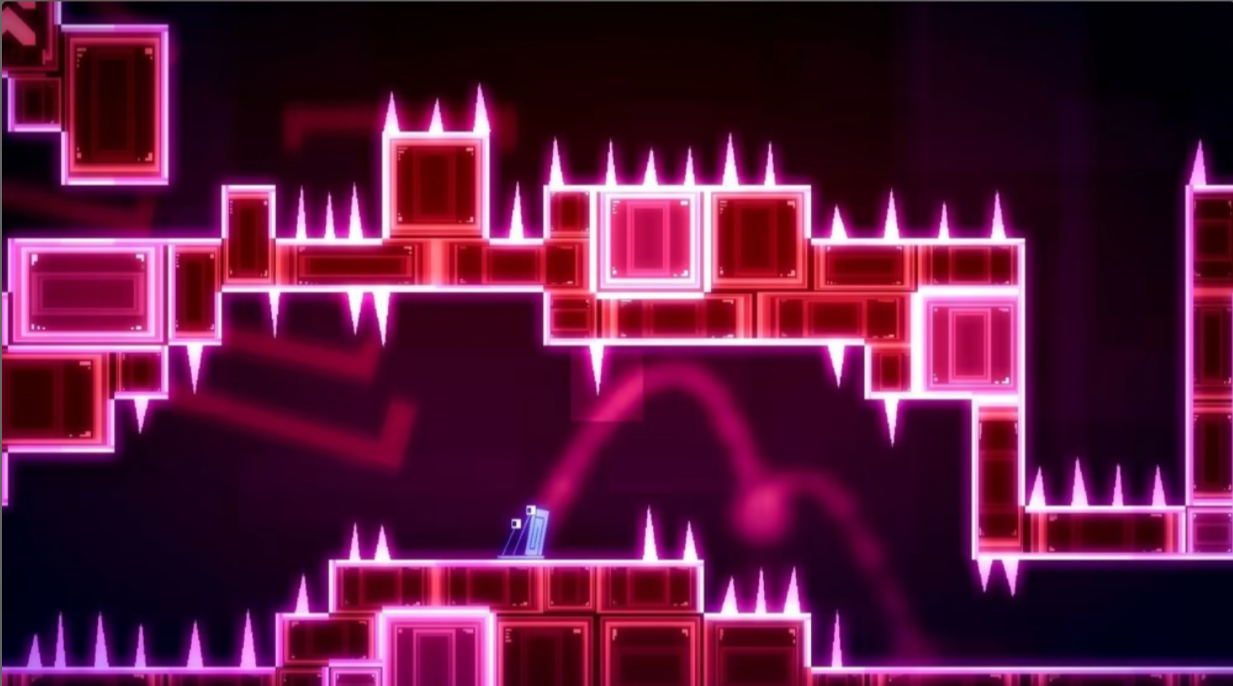 Despite his outward attitude, though, the Squid has a wonderfully tragic backstory. You learn how he grew to loathe people so much through memories that you piece together as you progress through the levels. These are very well written and perfectly paced so that they don’t disrupt the flow of the game. You get a clear sense of the world in which the game takes place and the context of the Squid’s creation, development and ultimate betrayal.

It actually makes for a profound and moving story, and one that takes you somewhat by surprise. It explores deep topics including death, humanity, consciousness and tackles the kind of complex ethical dilemmas scientists of the future may well face.

The puzzles are challenging, the boss battles are really fun and inspired by iconic arcade games, but with an intelligent twist. The pacing is wonderfully planned to keep you engaged. Once you get used to the rapid pace of the early levels, it abruptly plunges you underwater so the controls shift to a new velocity. Brutally difficult new challenges are implemented and linger just long enough that you feel a sense of achievement without dragging on for too long. 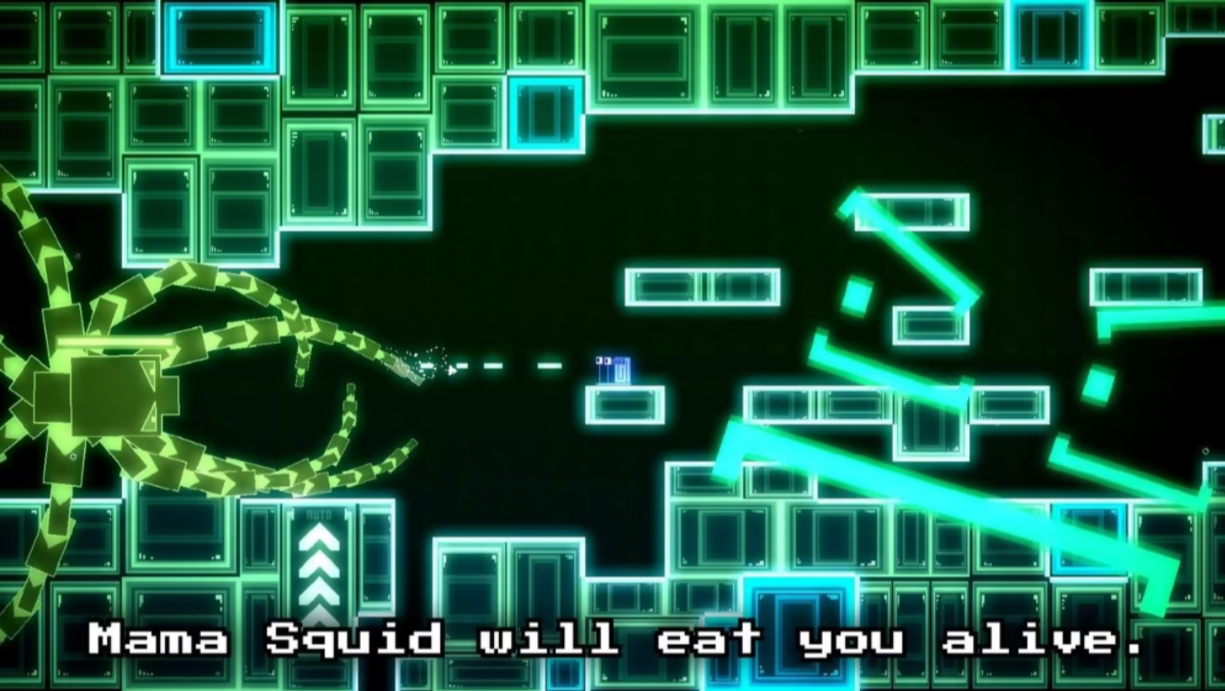 Will You SnAIl? offers a lot of content, especially for a platformer. The story is rich and heartfelt. There are many hours of puzzles to get through, and then you can go back over to try them on harder difficulties. There are bonus puzzles and secrets hidden amongst the levels.

The game balances its sardonic sense of humour with its intelligent and heartfelt narrative in a way that strikes just right. There is a lot about Will You SnAIl? that, if it had been handled poorly, could have let down the entire game. It is ambitious in a way that easily could have flopped. But it didn’t.

Will You SnAIl? is an expertly crafted action platformer, with gripping gameplay, a heart-wrenching futuristic story and a villain you can’t help but love to hate.