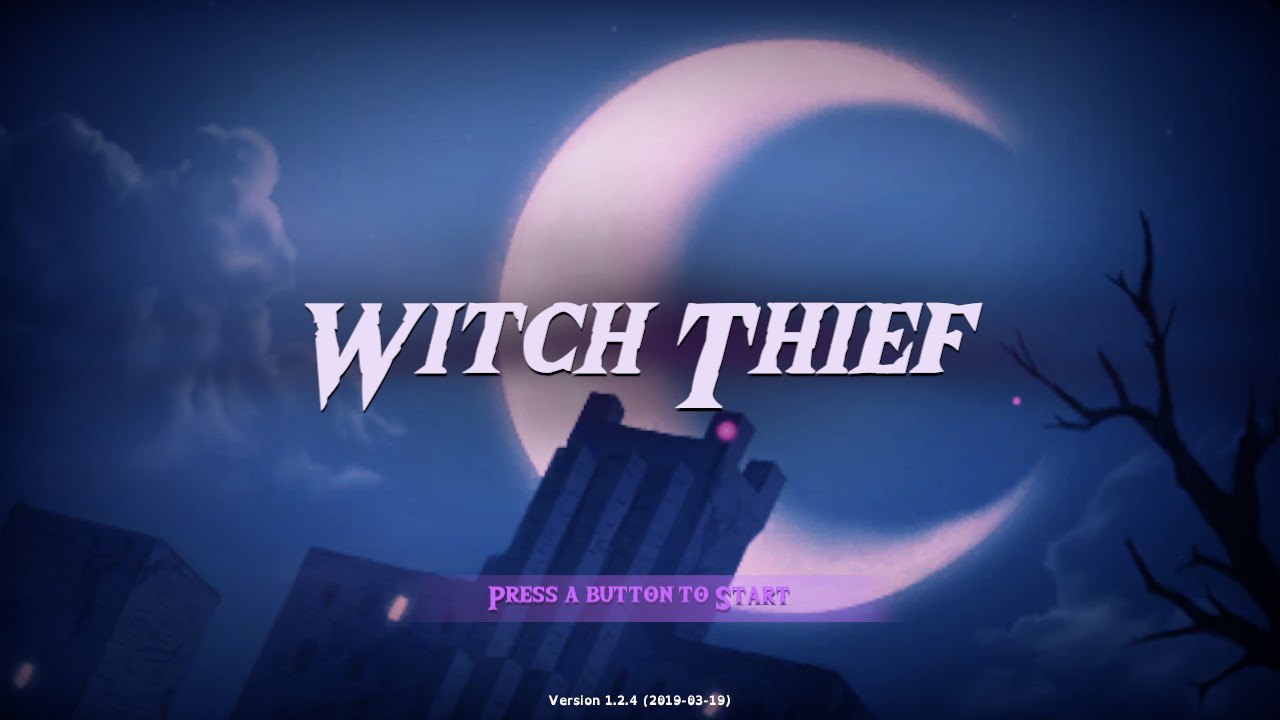 Witch Thief is an action arcade game from Cardboard Keep. The gameplay is fast paced with lots of action on the screen, difficult bosses, and various types of magic to use and control. This is a solid game though the controls are something to get used to. 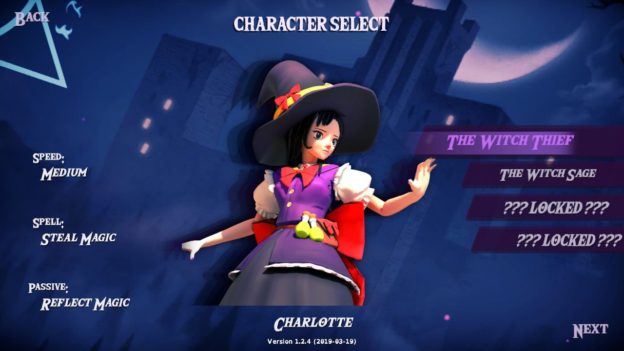 I played as Charlotte, a witch who is trying to steal all the magic she can. However, you can choose from a few different characters.

The levels are pretty straightforward as you control Charlotte through the various areas. There are objects she can break that give purple gems, which adds to your score. You get ranked from A (the best) to F (the worst) depending on how well you do in each level.

New spells will sometimes come out of boxes and other objects you can destroy. The default is blue balls shooting from your hands, but you can change that to a continuous purple laser beam, fireballs, and more. 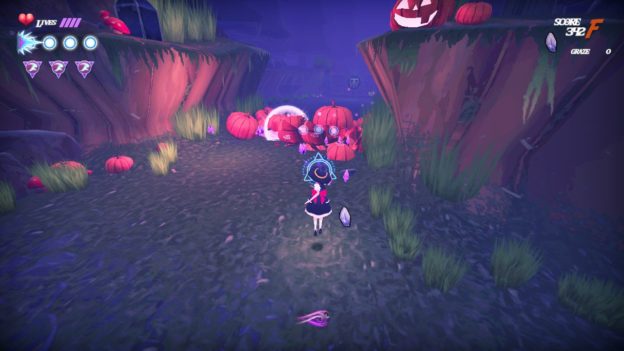 There are a lot of controls to learn and the camera is a bit of a learning curve. The left analog stick on the Joy-Con moves Charlotte around. However, she only faces one way. The camera is 360 degrees and can be moved in smooth motions using the right analog stick. Charlotte will face whichever way the camera is facing. This was tough, especially in boss rushes when there are so many enemies on screen moving way faster than you – Charlotte slows down when she uses her magic.

She can dodge attacks by pressing A and turning into a glowing purple ball. You can move around in this state and she’ll be invisible, but it doesn’t last long. The saving grace is stealing magic. When there are too many enemies on screen and they’re all throwing attacks at you at once from all angles, you can press B or Y and Charlotte will collect their magic, shooting it right back at them. The only problem with this is that Charlotte collects the magic in front of her and shoots it in front of her. So, again, here’s where the camera comes in. You can move the camera while she shoots the magic back, but it’s slow that it’s easy to miss your target. 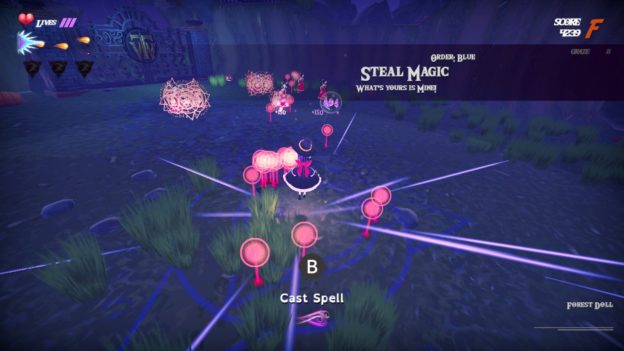 There are two modes in this game – Story and Dungeon. Dungeon mode felt similar to the story mode just without the story, of course. The levels were different as were the bosses, but they felt more difficult than the story mode. With the Steal Magic option, this wouldn’t be bad. For some reason though, whenever I used Steal Magic, the game lagged so much. It got to the point where I had to quit the mode because Charlotte kept getting hit and not moving fast enough due to the lag. This was extra annoying because Charlotte only has three lives with one hit point for each. In other words, get hit three times and it’s game over. Unless you found a checkpoint, you have to start all over again.

Witch Thief isn’t too bad of a game. The controls take some getting used to, but the idea of a constant shoot-out with enemy rushes and boss battles is a cool concept. It really increases the difficulty of the game making you really work for your magic throughout. I only wish I had more lives and/or hit points. It’s easy to die in this game and you will die a lot.

Overall, Witch Thief is an interesting concept for an action arcade game. The controls were smooth and the graphics crisp. If the character didn’t depend on facing where the camera was and had no lag, this would have been a better game for me.