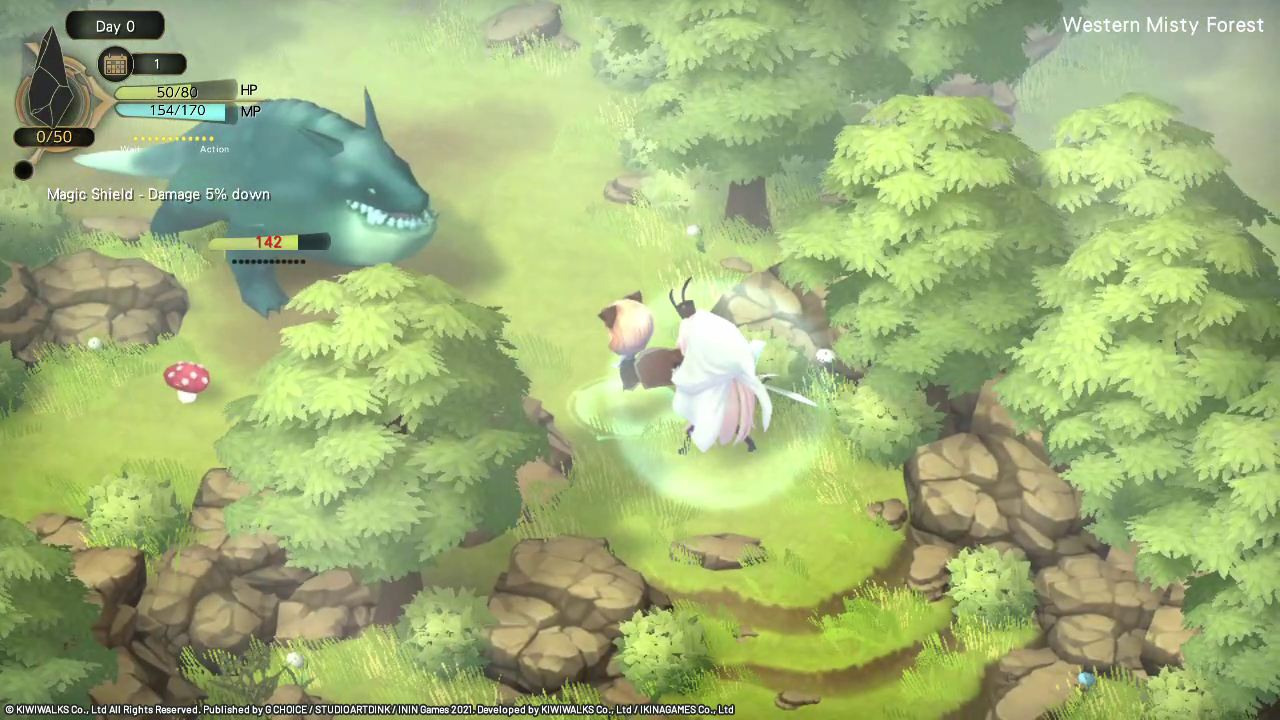 The spring of our discontent.

WitchSpring3 [Re:Fine] – The Story of Eirudy is a JRPG from ININ games. It’s also a study in mobile vs. console gaming. Originally released for mobile devices, The [ReFine] version is a Switch port that does make some necessary improvements. However, it doesn’t make enough to justify the price.

The story, which doesn’t require any working knowledge of the previous games in the series, follows a witch named Eirudy. Living a solitary existence in the woods, she creates dolls to keep her company. 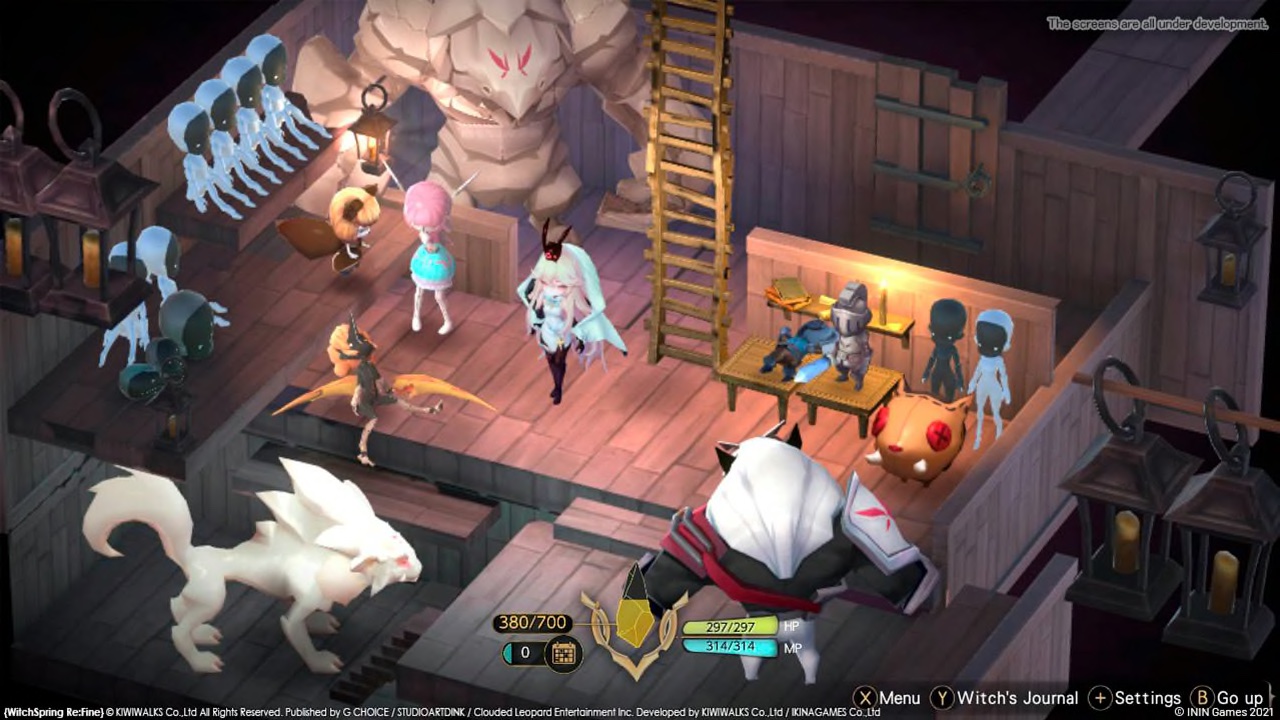 They’re pretty good in battles, but they aren’t of much use when it comes to casual conversation. So, when Eirudy meets (and saves) a boy named Adrian, the two become adventuring pals. Adrian has his own agenda involving his ailing mother, but their paths take them in the same direction. Of course, the two get caught up in a larger story along the way, one that involves the semi-obligatory fates of humans and gods.

The setup is fine, but WitchSpring3 doesn’t do a whole lot with it. As a result, the story never becomes terribly compelling, although it does at times become confusing. Too much of it seems like the writers had a beat to hit but had no idea how to get there within the game’s short timeframe (players with a basic knowledge of JRPGs will be able to finish WitchSpring3 in under 10 hours). As such, the story jumps from moment to moment with little explanation of how we got there or why. 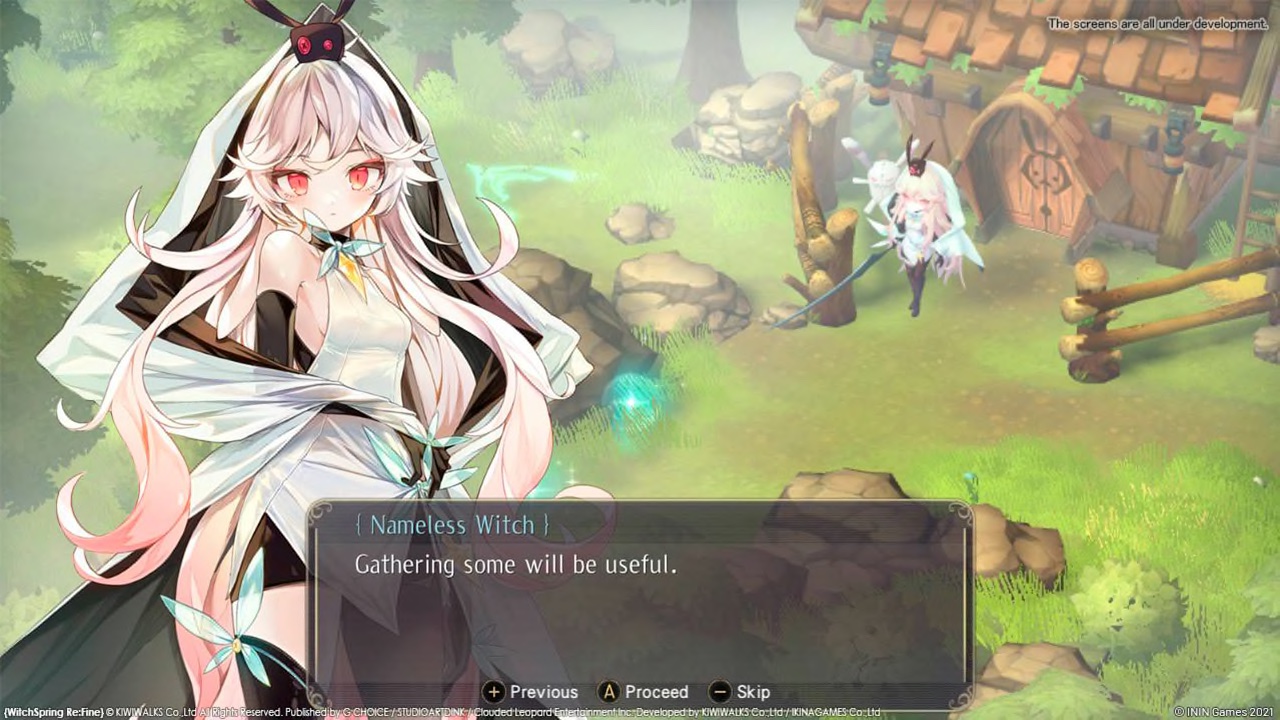 Story, of course, is a huge part of JRPGs. Poorly written narratives can sometimes be overlooked if the combat system can compensate. That doesn’t quite happen here, but there are some likeable elements, including the dynamic of bringing puppets into battles with you (up to three at a time). Eirudy will mix and match their powers (attacks, buffs, etc.) with her own magic and sword capabilities to efficiently take on a decent variety of enemies. Although the tutorial doesn’t do a great job of laying out the intricacies of combat, the turn-based system will quickly become manageable for JRPG fans. There are enough unique, strategic elements for the combat system to feel fresh…at the start, anyway. 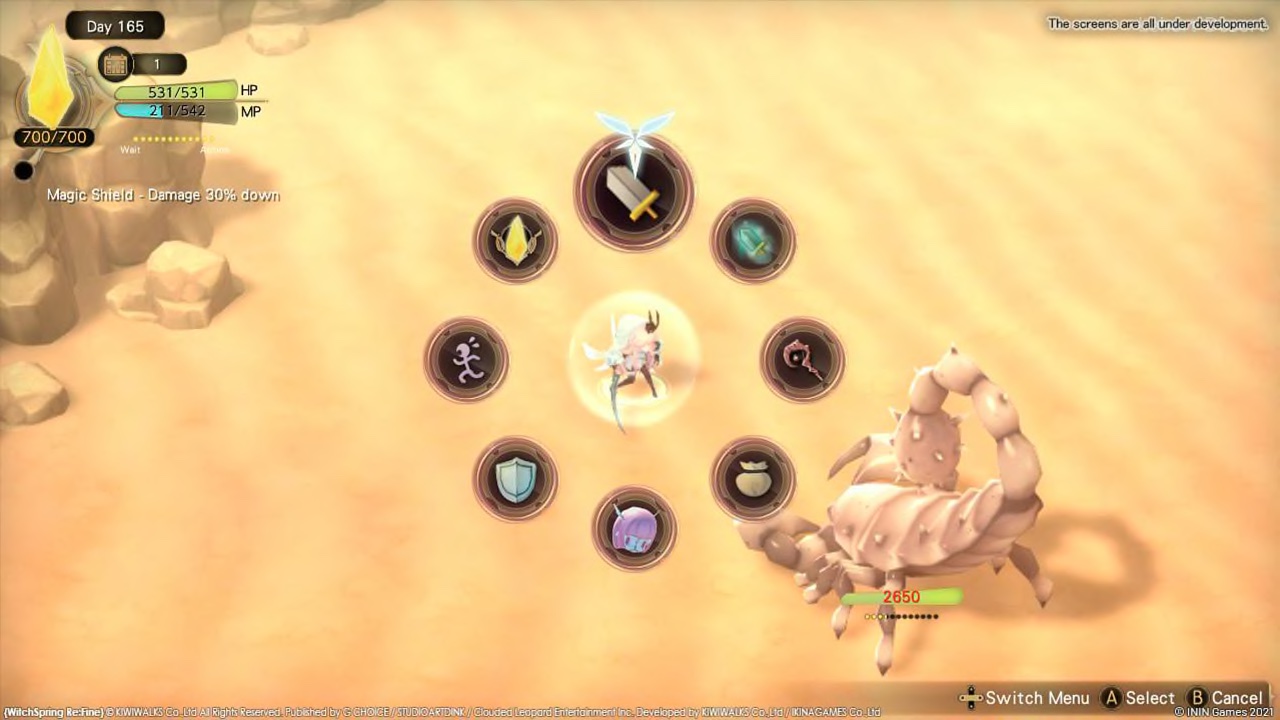 Although you’ll increase the number of puppets/abilities available to you, the system does start to wear thin after a while. Maybe it doesn’t need to grow too much over the course of a 10-hour game, but with all of the grinding required during that time, combat does get kind of boring. It’s here that WitchSpring3’s mobile roots hurt it, I think, as the whole system would be easier to work through in short bursts. When it comes to JRPGs, I prefer to push forward in blocks of hours. This game’s combat system feels like it’s meant to be played in tiny chunks. Repetition and grinding aren’t a big deal when you’re playing a game for 10 minutes at a time with hours or days between sessions.

The visuals feel mobile, too, which isn’t a problem when playing the Switch in handheld mode. The designs are soft and colorful, like a watercolor children’s book. They fit the game well, and are kind of charming. They don’t translate to your TV via docked mode, however. They get blocky, and the various clipping and stuttering problems become too pronounced on the larger screen. 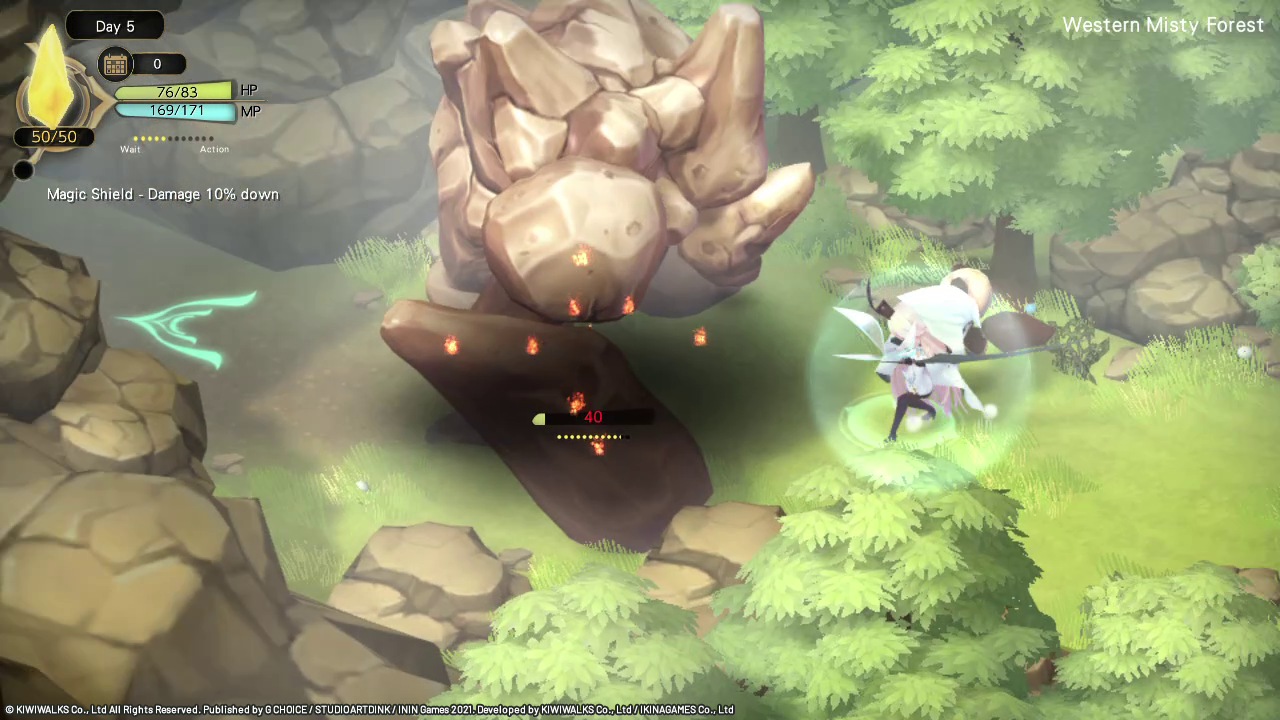 For the right price, I would still be able to recommend WitchSpring3 [Re:Fine] to those seeking a quick, breezy adventure. But this game costs $39.99 on the Switch, and that’s too expensive. $9.99 would be an easier sale, although you can play the original version on mobile for only $3.99. Do that.

WitchSpring3 [Re:Fine] – The Story of Eirudy is a port of a made-for-mobile, turn-based JRPG that should’ve stayed on mobile devices. It’s not bad, but it’s better played in short bursts where the game’s lack of a solid hook and issues with repetition are more forgivable.