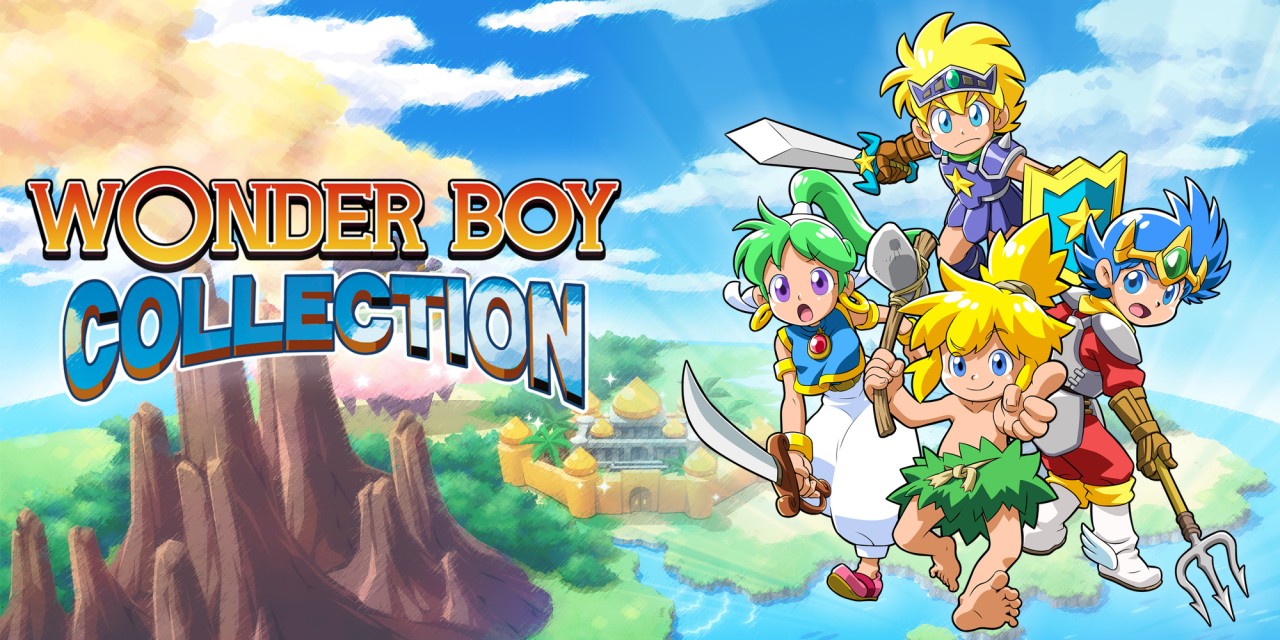 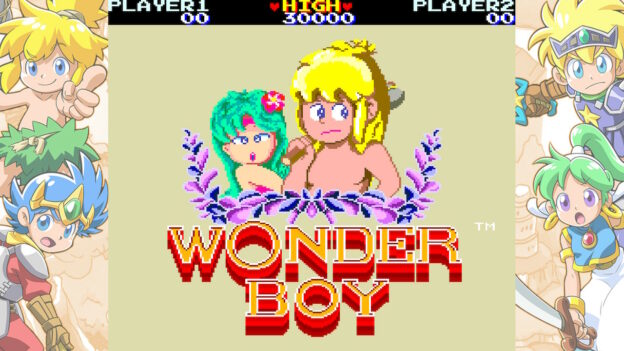 Wonder Boy, the game that kickstarted the franchise, is a similar tale to the classic Super Mario Bros. game. The protagonist, Tom-Tom, must save his girlfriend from a monster who’s kidnapped her. The gameplay is not too far off either. You mostly run and jump over enemies, however, you have a health bar that deteriorates as enemies and hazards touch you. There are some very light RPG elements where you can equip weapons and even use a skateboard (I know!) to assist you in certain levels. Whilst the gameplay is something I’m sure we have all played in our lifetimes, Wonder Boy has an undeniable charm and a banging soundtrack that kept me hooked much longer than anticipated.

The second game in this collection is Wonder Boy in Monster Land. This one differs a fair amount from the original Wonder Boy as it furthers the role-playing elements. Wonder Boy in Monster Land includes tasks such as spending your earned coins on equipment, weapons, and buffs, all of which can help you increase health, do extra damage, or even increase your speed. Aside from the linear direction, it was nice seeing these elements introduced to set itself apart from the original Wonder Boy. Within Wonder Boy in Monster Land you also have an hourglass of sand that slowly depletes as you play; if the hourglass empties, your character will fall and it will be game over. Not to worry too much though as defeating enemies provides you with mini-hourglasses that can refill your timer. I found this to be one of the weakest games in the collection. You can tell that it was introducing mechanics that had not quite been fleshed out, and the remaining gameplay wasn’t enough to keep me invested. 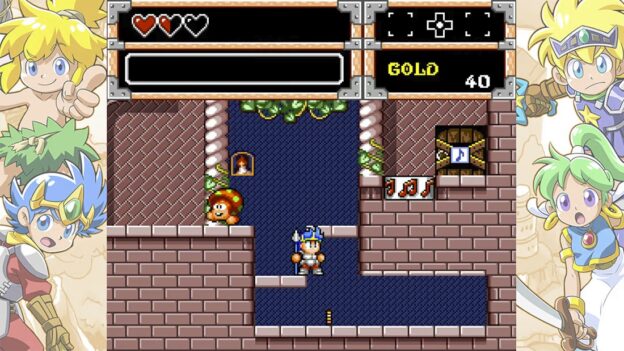 Next up is Wonder Boy in Monster World – not Land, World – the fifth game of the franchise. This game introduces a new hero, Shion, and several deeper RPG elements. Within Wonder Boy in Monster World you can embark on sidequests and to progress in the story, you must seek out certain individuals. For its time, these RPG elements were far deeper than I anticipated. Still, placing these mechanics in a game like this felt impressive but very awkward. It was hard to keep track of quests and where I had to go, and what was next to do.

The final game in this collection is Monster World IV. This is the first title in the Wonder Boy franchise without ‘Wonder Boy’ in its name. This is likely due to this also being the first one with a female protagonist. Originally a Japan exclusive, Monster World IV was not playable in the west until its Virtual Console release on the Nintendo Wii. It plays like a more modern side-scrolling game and returns the series to a more linear platformer, as opposed to Wonder Boy in Monster World. The visuals of this game and the smart, funny dialogue are what make this one stand out among the rest – along with much cleaner and faster gameplay. 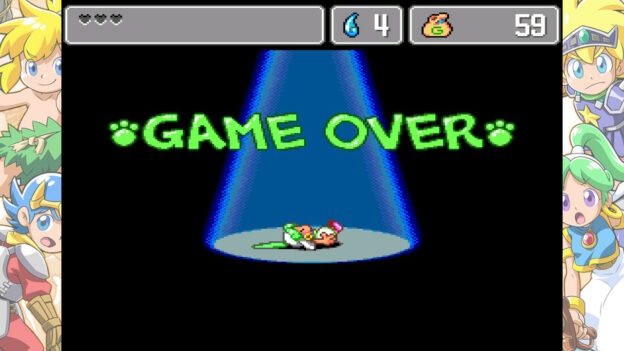 The collection as a whole offers up the usual options that many classic collection games do on the system. You’ll find in the settings the option to amend the aspect ratio to full screen, original format, as well as many other options. You can also place filters on each game, such as pixel-perfect, smooth, and the hugely nostalgic for many, CRT. When not in full screen, you are greeted with a colorful border that features the four protagonists of this collection, which is just as bright and animated as the games themselves. You are also able to speed up gameplay via a fast-forward option and rewind when mistakes are made. Very handy!

Wonder Boy Collection is stacked with four classic titles that are all worth your time to a degree. Fans of the franchise will likely be disappointed by the omission of other titles that hold much more value in terms of critic appeal. The two standout games for me, Wonder Boy and Monster World IV, have both been remade on the Nintendo Switch as their own standalone video games with updated graphics and some quality-of-life features. After playing through this collection, I’m now tempted to revisit these via their remastered counterparts. Wonder Boy Collection feels more like a collector’s item rather than an item you’ll purchase because you genuinely want to play these classics.