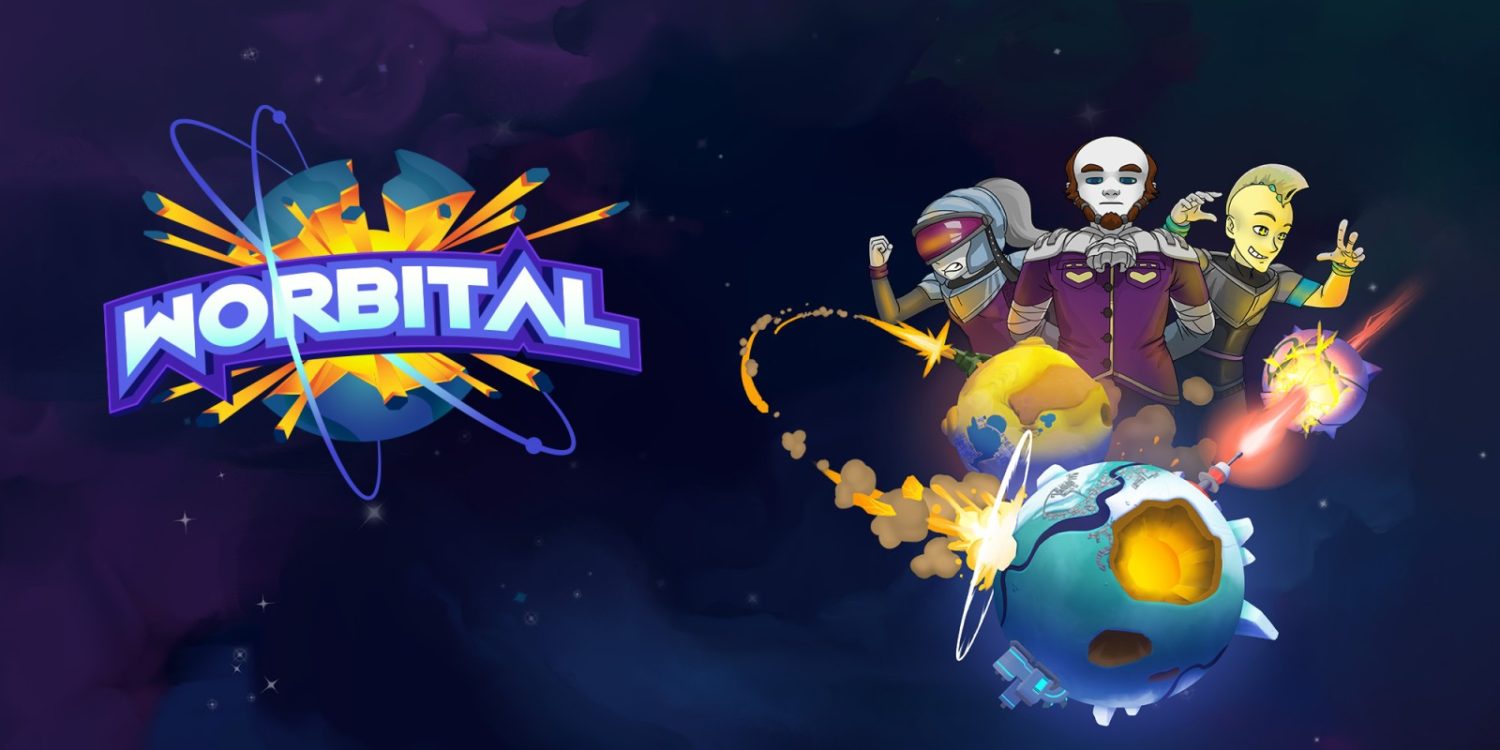 Have you ever wanted to blow up planets? Have a practiced-up, maniacal laugh? Then I have the perfect space-war, simulation program for you! Worbital is a real-time strategy game that has you colonizing planets, setting up defense structures, and doing whatever it takes to be the last civilization standing. Playing a bit like Worms in space, divulging from the turn-based pacing, you will have to win the day as quickly and efficiently as possible. As pleasurable as it is to blow things up – and taking place in space adds an epic coolness factor into this equation – there isn’t a lot of differentiation between what you are doing.

Featuring a decently sized campaign mode, Worbital has offerings for the single-player-only crowd, as well as those looking to duke it out with friends. The story in this one, however, is pretty darn ridiculous. You have several alien races who are going at it, with former friends ending up on the outs multiple times. Between the bickering and arguing, things end up degrading into shooting bombs at one another. Also, the dialogue is way too lengthy throughout. I regularly found myself getting bored posting through several screens of writing when I just wanted to get to the action. And as someone who usually is all about the story in games, to be totally turned off by everything that wasn’t the actual meat and potatoes of gameplay was disappointing.

Luckily, you can just jump into the online multiplayer against people through a Nintendo Online subscription. Whether that is random players or people you know, it gets right down to the business I was looking for.

Regardless of which way you play, you will have to learn the different strategies to success. You’ll need to be able to quickly decipher what it seems your enemy planets are doing so you can properly counter; and learning about each weapon and defense type as fast as possible is paramount. You can take different directions with what you would like to do. For instance, you can bulk up on shield generators and just loft a single nuke at your enemies over and over while blocking everything they send your way. You also could go with a full armament of rockets, plasma cannons, and the like in order to rain hell on your foes. This lets you decide on a style of gameplay you enjoy.

In order to build these structures, you have to gather up funds. This can be done in two ways: you can either build money-making buildings on your planet, or destroy random, uninhabited planets and asteroids floating about. Being able to control the economy through either function is key to rebuilding destroyed weapons and maintaining your defenses.

As good as all of that is, it can get old rather quickly. You only have about a dozen or so different types of structures you can build, so monotony will more than likely set in quickly, unless you are seriously entranced by the setting or actions. I found this title perfect for running a few matches and then setting it down for the night for something else, so as to not wear it out too quickly. This style of gameplay matches well with the benefits of the Nintendo Switch, but doesn’t really cater to long-from gameplay.

The only interesting thing outside of simply blowing stuff up is the gravitational pull mechanic. You have to work within the trajectories shown to you so that you can properly aim your armament at the enemy. Random planets will pop up around the sun you are battling around, and each can pull your ships or ammunition astray. Thus, taking your time for the perfect shot becomes the difference between pecking through some more of the outer crust, or striking the core perfectly. Hitting the core repeatedly is your only way to finish off the planet in explosive form.

All in all, Worbital is an enjoyable little title, even if it doesn’t have all the depth in the solar system. My prior history with the Worms series definitely got me moving in a positive direction with this one, but the lack of wackiness and charm when compared with that classic series makes Worbital seem closer to simulation than good fun (even if the campaign mode tries). With that being said, simulation titles are grand, but I usually prefer to have something more interesting than simply trying to pump out rounds as fast as possible from a couple buildings while watching them float endlessly in circles. Great for short play sessions or those looking to specifically burst planets into nothingness.

Worbital plays a bit like a Worms in space, minus the turn-based sequences. Even though blowing up planets in epic space wars is a plus, the lack of depth in battle structures and mechanics make this one better suited to short play sessions. The campaign mode, although a nice addition for single players, has dialogue segments that go longer than necessary.