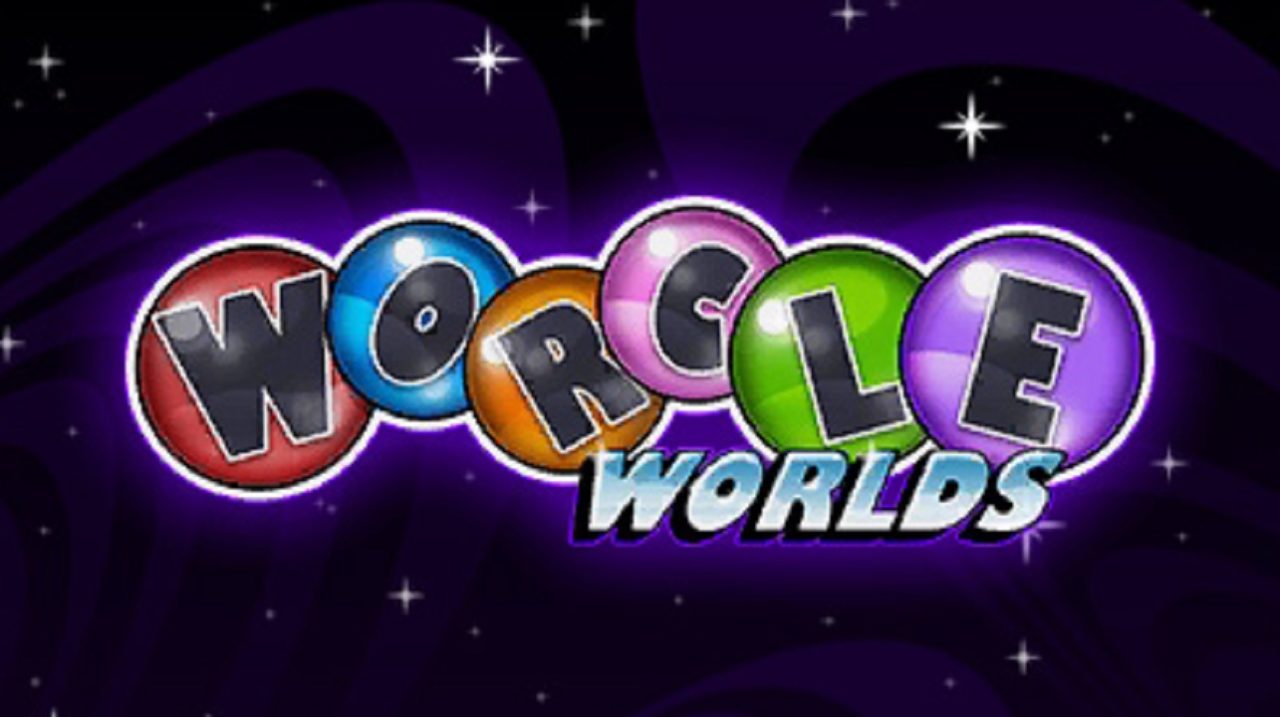 Lightwood Games knows their specialty, and Worcle Worlds is yet another solid world title released on the 3DS eShop. The “Words in a Circle” gameplay is unique, though not without several areas that could be improved. Read on to learn my impressions of this fun, but flawed game.

While I wouldn’t consider myself an expert on word titles, my wife certainly plays lots of them. She commented that she’s never played a word game like this, which is pretty cool. It’s intuitive, but I’m going to crib part of its description from Nintendo’s page anyway – “Shoot balls into the circle to make words. Create words of three or more letters to clear the balls but watch out for the swirling vortex! Don’t let the circle fill up or you’ll get sucked in and it’s game over.”

Besides the standard solo play, there are unlockable time attack modes, and multiplayer locally or online. The modes are good, but their execution did leave me somewhat in want. Starting with solo, it takes you through a story, which is mainly used to introduce each worlds’ unique rules. However, because of this, the game is linear, which can prove a real deterrent if you get stuck. There’s really no variance in the end goal (create 50 words) but having a challenge based largely on the randomness of letters is tricky. The “vowel drought” level was an ill-conceived idea, and finally beating it brought me only relief, with no satisfaction. Don’t get me wrong, I do like how the world approach allows the introduction of new music and visuals, giving the game some much appreciated aesthetic variety, but a less linear design would’ve been an asset.

Multiplayer can be fun, especially if the online community proves active. However, playing locally we found some of the matches really dragged on for too long. Points seem to mean little also, as it’s simply a matter of outlasting your opponent.  I wish there were some options besides straight battle, to mix things up and inject some freshness. Also, it’s a bit of a pain if you want to play multiple matches. You need to repeat the process of clicking continue, reselecting battle from the main menu, picking online or local, waiting to host a room, picking a world, waiting for your opponent, etc. Where is the quick replay option? Menu optimization in general is something I’d recommend Lightwood look at to make games that are more seamless.

One of Worcle Worlds’ big draws is its use of online leaderboards. Their addition could serve as your replay incentive after beating the game. My wife and enjoyed competing to one-up each other on the boards. When functioning, they separate scores for solo mode and time attack, and even have one for best word. As more players join, these should expand even more. However, all of my italics indicate a problem. At the time I’m publishing this, the leaderboards have been down for several days.

Worcle Worlds has taught me some words that I never knew. The best word board can really highlight some unfamiliar, if high scoring, words. Conversely, there is the odd time when a valid word isn’t accepted. Still, there is an educational element here. If you want a game that’ll exercise your brain for a bit, this is one to consider.

Worcle Worlds is a decent game with an original theme. It’s currently selling for $9.99 though, which is a bit high for what’s here, especially with the suspect leaderboards. A sale in the $5.99 range (with fixed boards) would be my recommendation. Lightwood Games next 3DS title has just released, so keep an eye out for a review of that one as well.

A sale in the $5.99 range (with fixed boards) would be my recommendation.