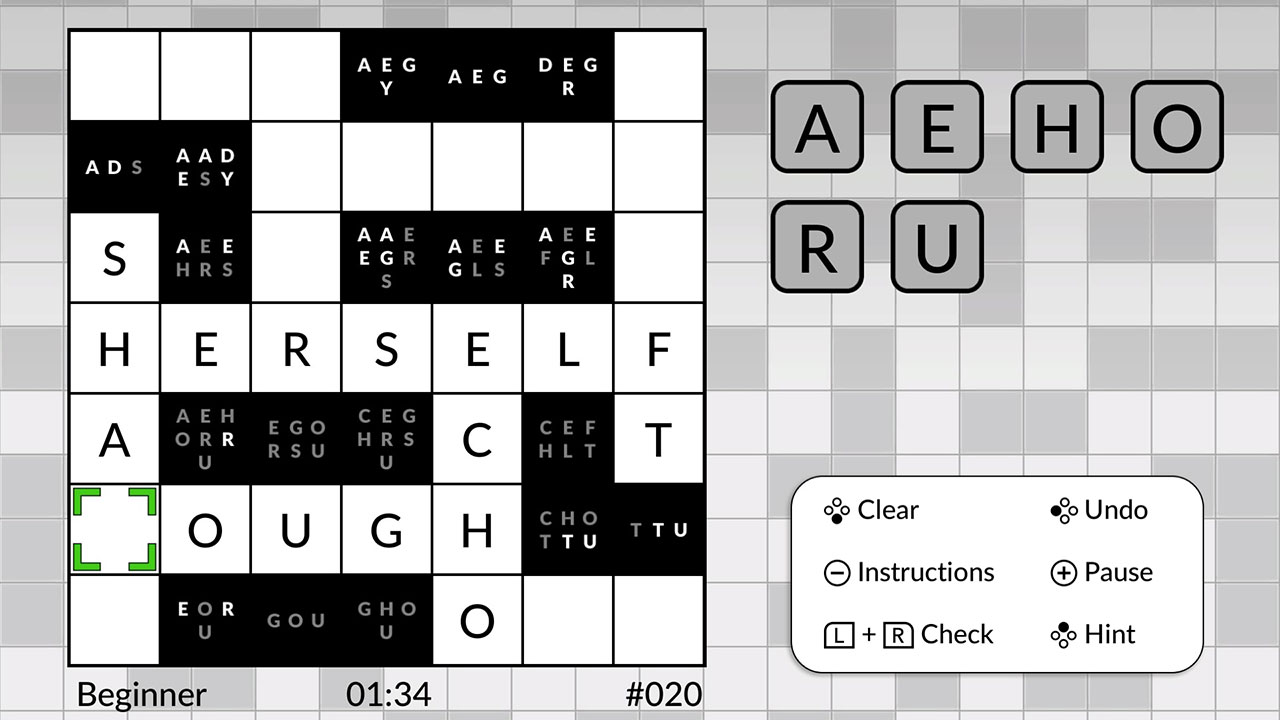 A mash-up of two classic puzzles, Wordsweeper by POWGI feels familiar but is in fact an original and exclusive POWGI game. It combines crosswords with minesweeper to create a game that makes you think in an entirely new way.

You are presented with what looks like a straightforward crossword puzzle. But instead of guessing words based on clues describing their meaning, you build the finished puzzle letter by letter. Clues are provided in the form of letters in the black spaces, which must appear in one of the adjacent white squares. You have to arrange them in such a way that, when complete, they make interconnected words.

Wordsweeper by POWGI offers an interesting take on two classic games. It is a logic puzzle as much as a language one. Having a large vocabulary may well help, but if your logic skills are good enough you can likely get by on those alone and maybe learn some new words along the way. 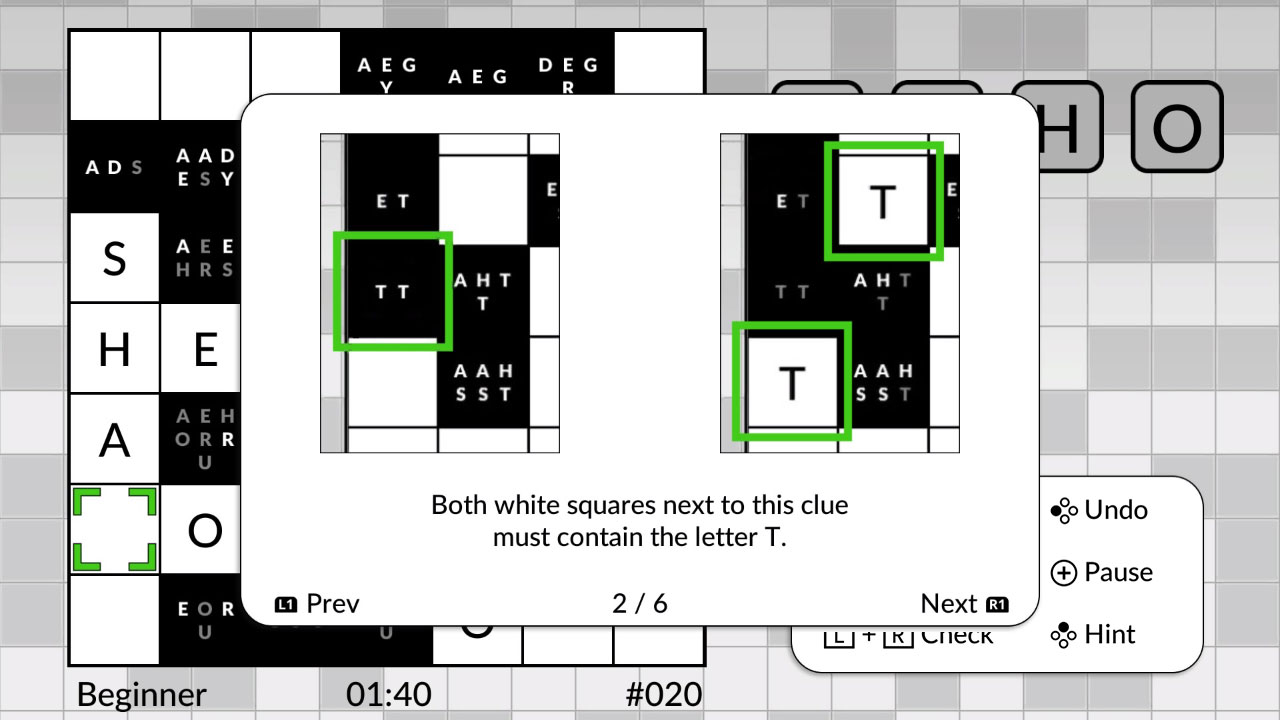 The way the two puzzles have been combined make for a game that is unique, but still feels familiar. The instructions provided are clear, even for people who aren’t avid puzzle gamers.

Wordsweeper by POWGI is very clearly a part of the POWGI family. It has the same simple, clear aesthetic that presents the puzzle as the primary focus with very little flash to distract you from solving it. It has the same music as other games in the POWGI series. This is comprised of a few simple and somewhat repetitive tunes. There’s nothing wrong with the music, but nothing about it stands out. If you play a lot of POWGI games, it might become background noise that you stop hearing altogether, even when it alternates between tracks. 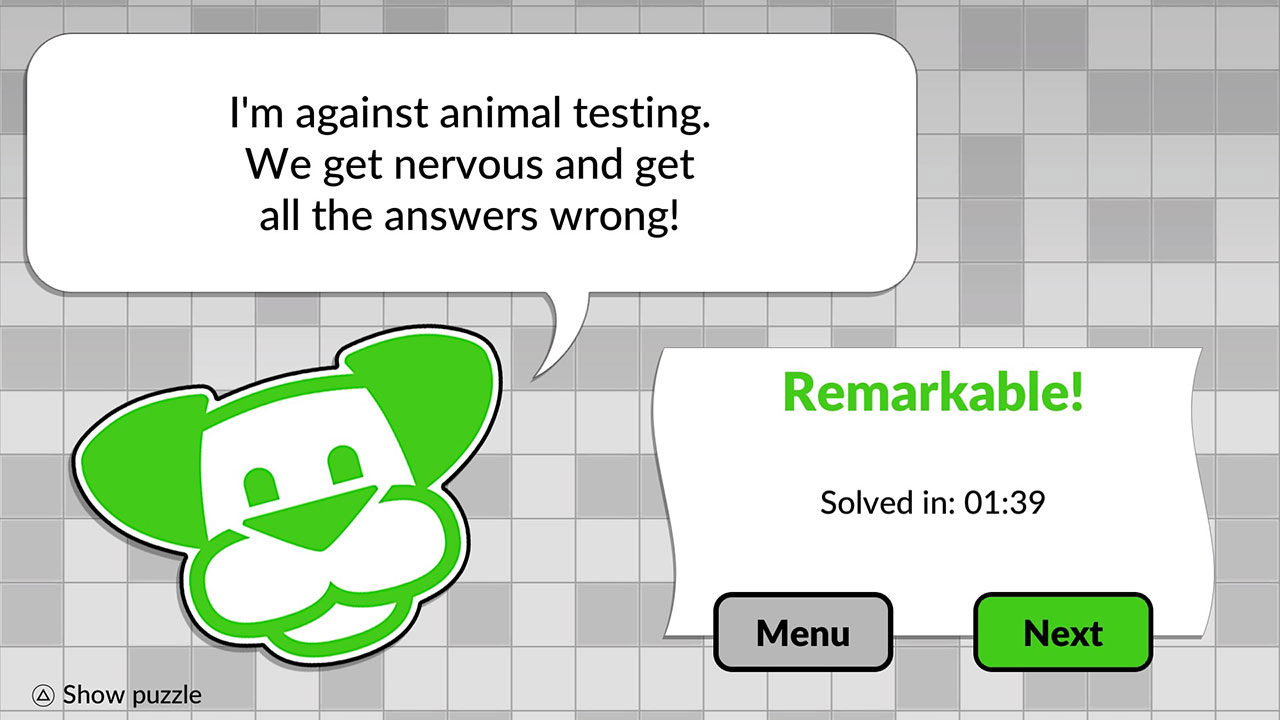 It doesn’t have the same opportunities to play socially as other puzzle games. There isn’t a competitive or co-operative play option. It’s possible to team up with friends to play together, but it’s not the easiest game to describe when it comes to explaining which square you’re talking about. It’s not impossible to play it jointly with other people, but it doesn’t lend itself as easily as other puzzles to communal play.

Wordsweeper by POWGI is definitely one of the more unique choices in the POWGI selection. If you’re looking for something new and a bit different and you’re a puzzle fan, this is definitely the kind of game that will pique your interest.

Wordsweeper by POWGI blends two popular games together in a way that offers puzzle fans something interesting and a bit different.