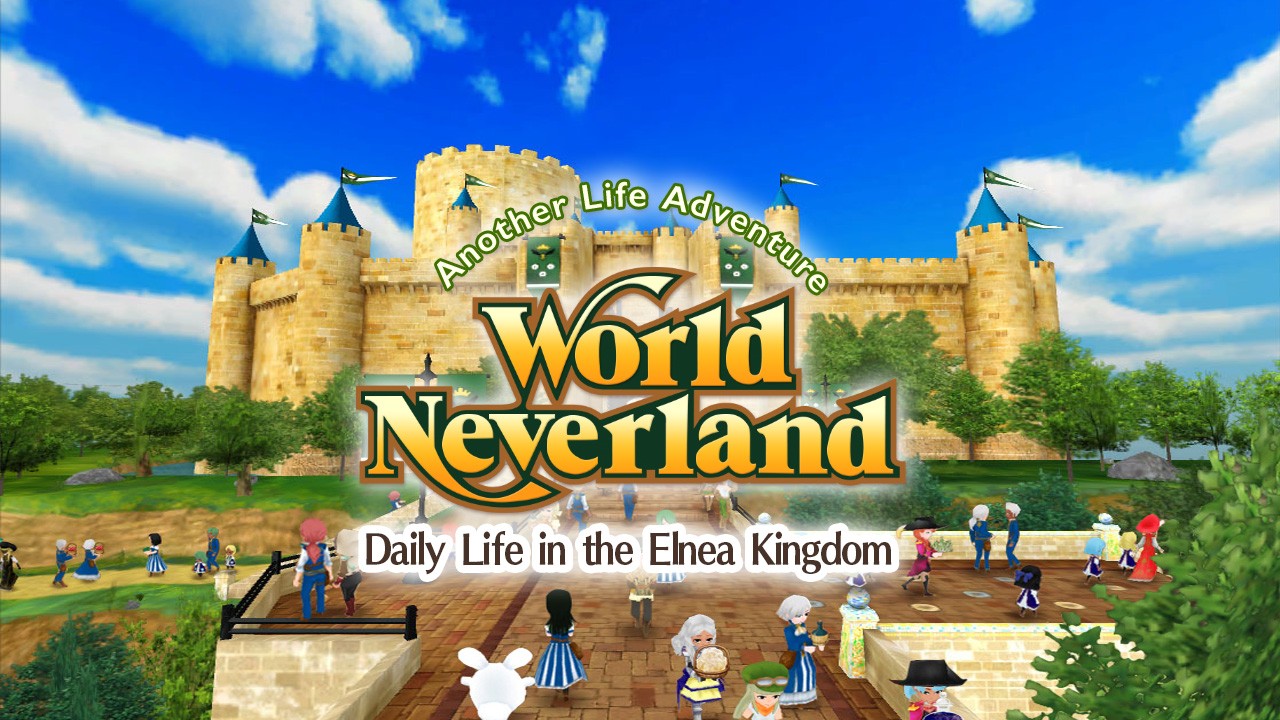 Developed and published by Althi Inc., World Neverland – Elnea Kingdom was originally released on mobile devices in 2016 as a free game that included in-app purchases. I’ve personally never heard of this game until now, which is surprising. I’m a huge fan of simulation games. Being able to take control and rule a little world is pretty neat. I was hoping to have the same experience with World Neverland but, well, that wasn’t quite the case. 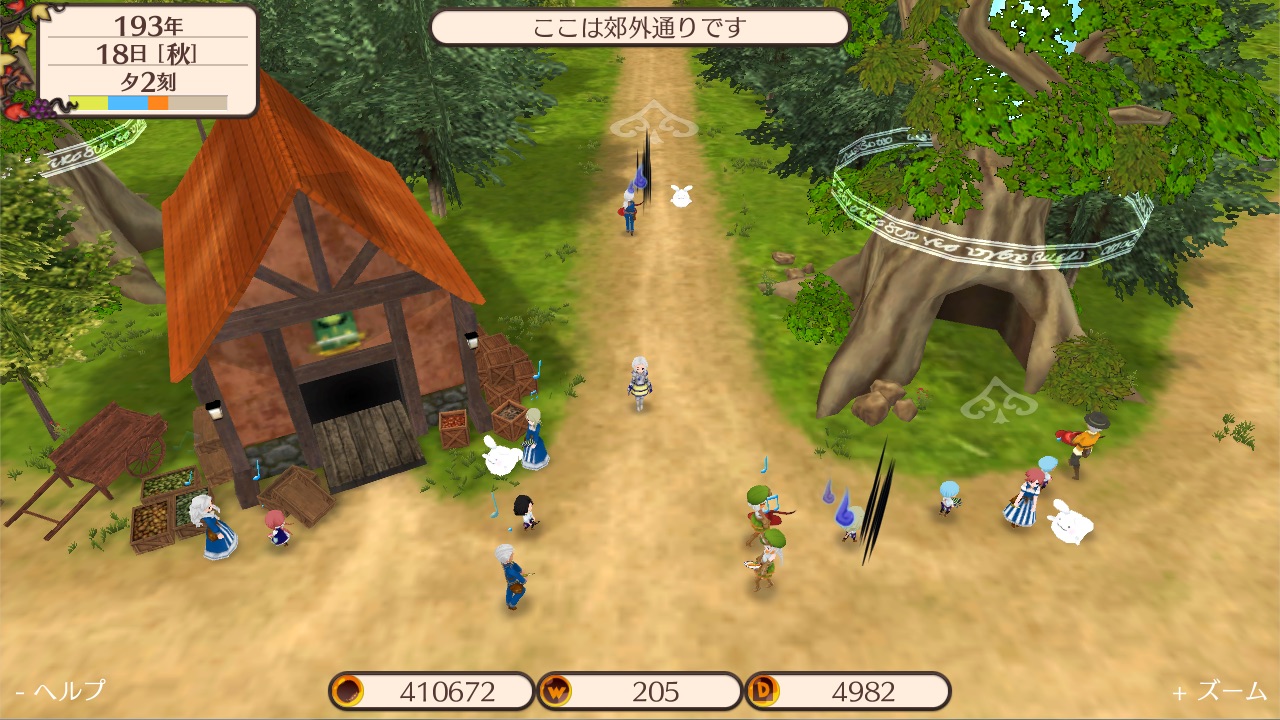 After creating your character (with some pretty basic features) you arrive in Elnea Kingdom. Not much info is given from there. Just that you need to meet up with someone named Wiala to begin your first quest. Like they really don’t elaborate much on any kind of plot line. I don’t know about anyone else who’s played this, but I felt lost as soon as I started exploring. There were areas that looked identical to others, making it very confusing and time consuming when trying to reach my destination. There is an option to use a fast-travel feature, but I found it pretty pointless since I had to watch the character walk to their destination, and this includes the load screens between areas. I found the whole process of getting anywhere pretty frustrating. You can also zoom in and out to view the area differently, but I was a little dissatisfied with the placement. It really didn’t help with the exploration process. 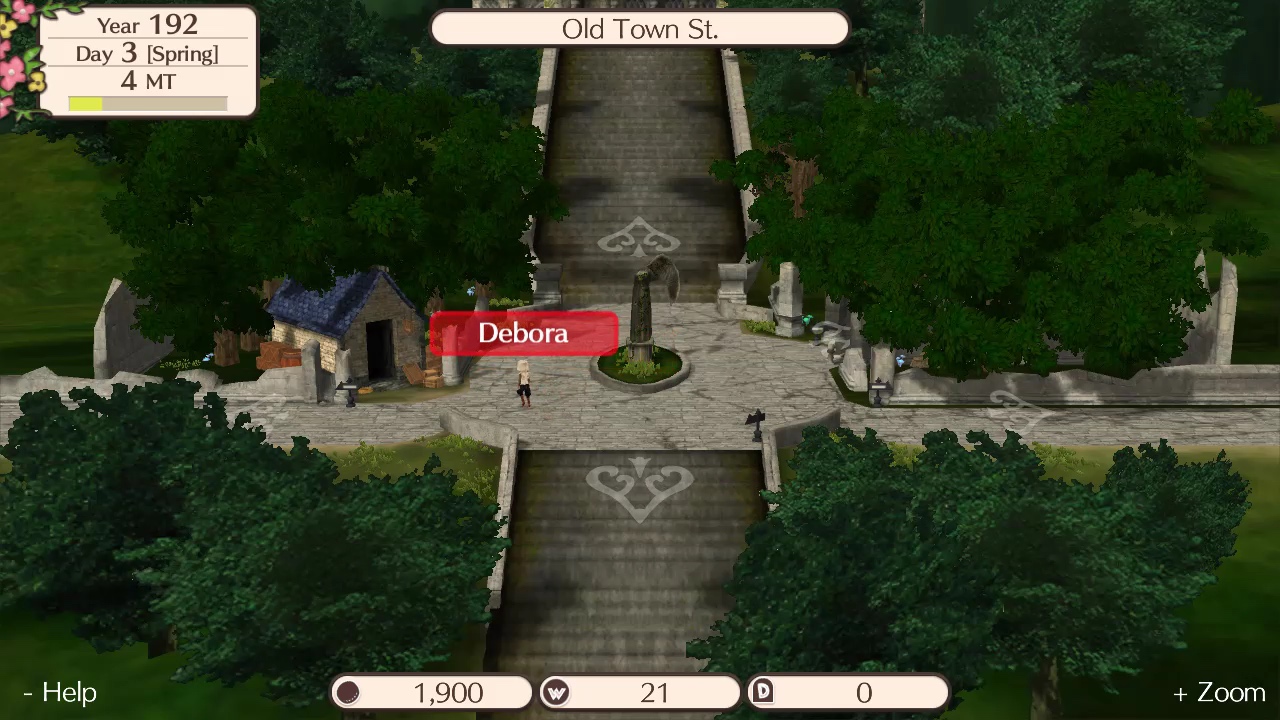 I understand that Elnea isn’t suppose to be just a village or a little town, its a Kingdom! But I feel like the ruler of Elnea is really compensating for something. It would be neat if the streets were lined with awesome stuff to do, or mini games or… shops, or something. There are some cool buildings, but I’m talking about the big open areas of nothing in some spots. Just boring copies of frames from previous areas I’d already seen. And while I didn’t really hate how the game looked, it’s not anything to write home about. There were some areas that I thought looked really pretty though, and while I assume it has evolved quite a bit from it’s App Store days, it’s a game that would probably work better on the 3DS. 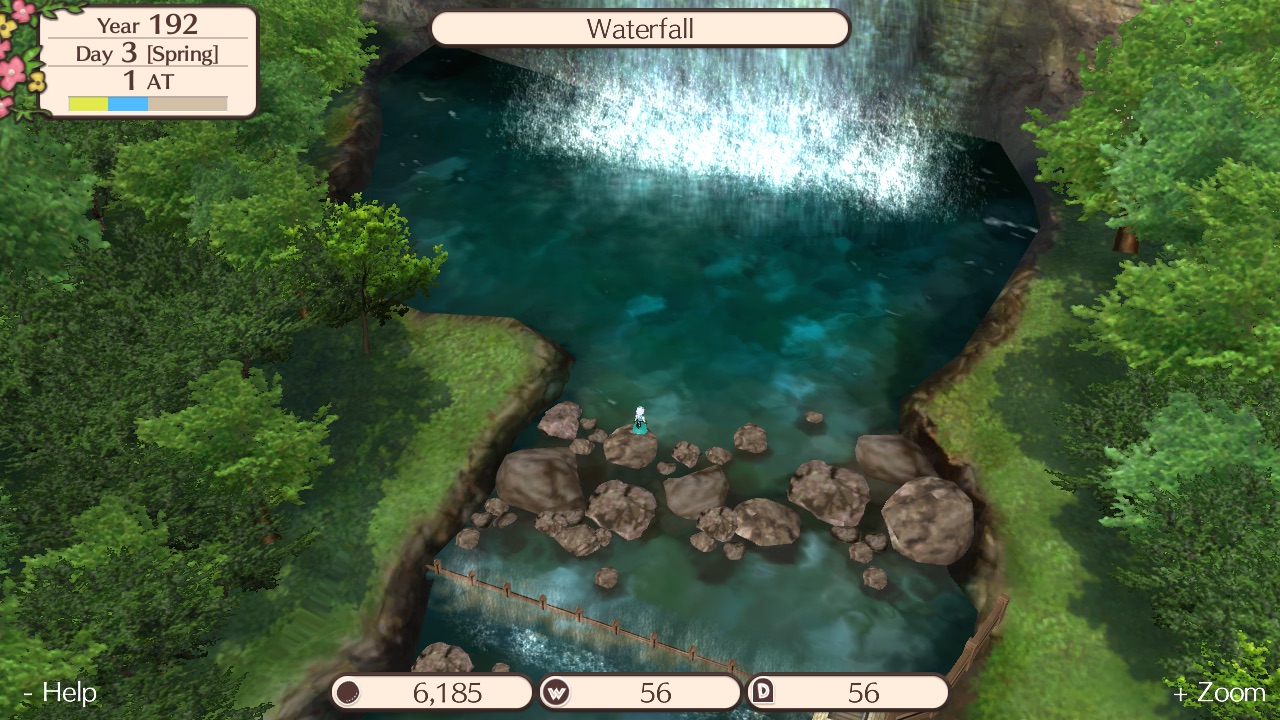 While it does sound like I’m naming a lot of negative aspects, Elnea Kingdom does offer some charm in a Harvest Moon/Stardew Valley kind of way. You can build relationships with the characters in the game. Allowing you to make friends, enemies or even fall in love and start a family. I found it relatively easy to gain their affection. Giving them items and having positive interactions with them everyday can get a friendship going pretty quickly. The only problem is that Elnea Kingdom is a tad overpopulated. There are people everywhere and some of them look very similar to each other, so it can be hard to locate a specific person sometimes. I’m assuming that’s why you can gain their affection so quickly is because there’s so darn many of them. 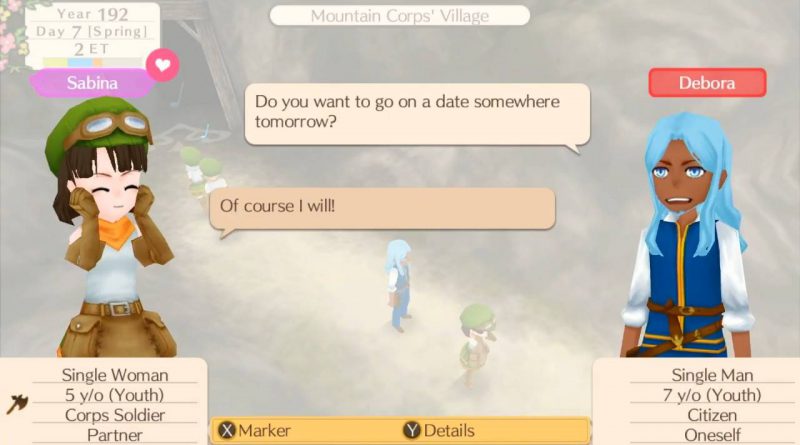 Besides making friends, you’ll be doing other things like fishing, farming and collecting treasure. You can sell anything you grow, catch or find. However (yes I’m complaining again), unlike any other farming simulation game I’ve ever played, you have to wait until the end of the year to receive the profits from everything you’ve sold. When selling something you receive these things called work points. The number of work points you have at the end of the year determines your overall pay outcome. Pretty harsh right? Hopefully you don’t spend it all in one place! 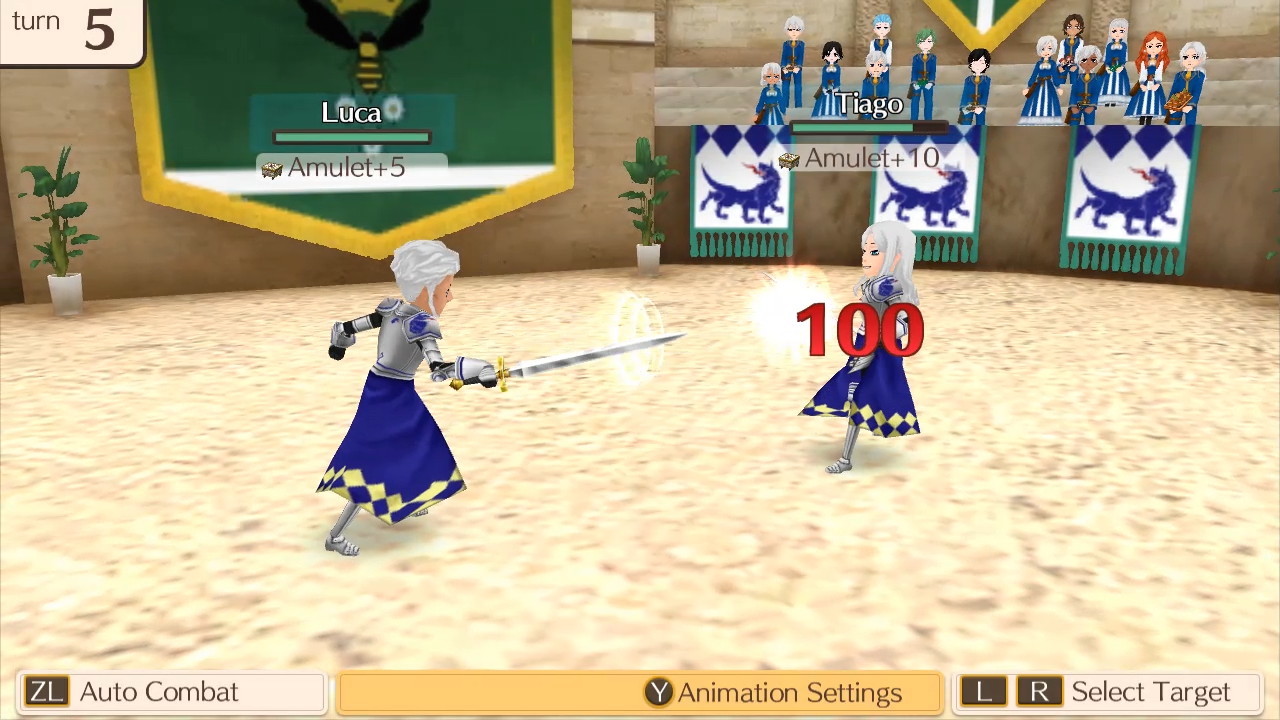 As far as everything else goes, the game plays ok. I didn’t experience any frame rate issues or frozen screens so that’s good. There are some in-game quests and achievements that are pretty satisfying when completed. Your character can also do things like spar with other characters, or explore monster-filled dungeons to uncover valuable loot. My final complaint (I promise) is that I couldn’t use my Pro Controller. The game is only compatible with the Joy-Cons, Which might not bother some people, but it bothered me quite a bit seeing as I leave mine attached to the screen most of the time. 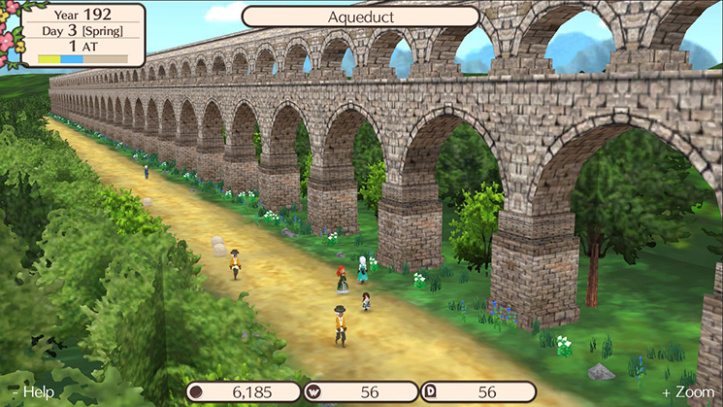 Overall this game kind of has too much to offer, in a way that tries your patience and makes it overwhelming. World Neverland- Elnea Kingdom claims to be a sandbox, life simulation game where you can create a custom character and “live the life you’ve always dreamed of”. While the first part is correct, this sadly isn’t the life sim I’ve always dreamed of. However I also don’t like Sloppy Joes, but I know a lot of people who do. So checkout World Elnea Kingdom on the Nintendo Switch eShop if it sounds like something you might want to explore.

Elnea Kingdom could have been a great game if it was a bit less complicated and a little more story driven. I found it to be overwhelming, and underwhelming at the same time if that makes any sense. However fans of the mobile series will probably still enjoy being able to play this on the Nintendo Switch.