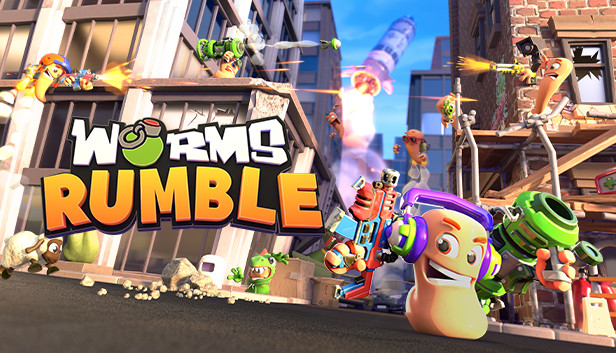 The very first Worms game was released over 20 years ago in 1995, and birthed a very popular franchise beloved by millions. The original Worms was a turn-based, strategy game where you try and kill your opponent’s team before they kill yours. Worms has been this way since its inception, never straying too far from this formula over the years. Worms Rumble, however, departs from this tried and tested style, in favour of a solely-multiplayer game where the action all takes place in real-time, arena based, 32-player games. 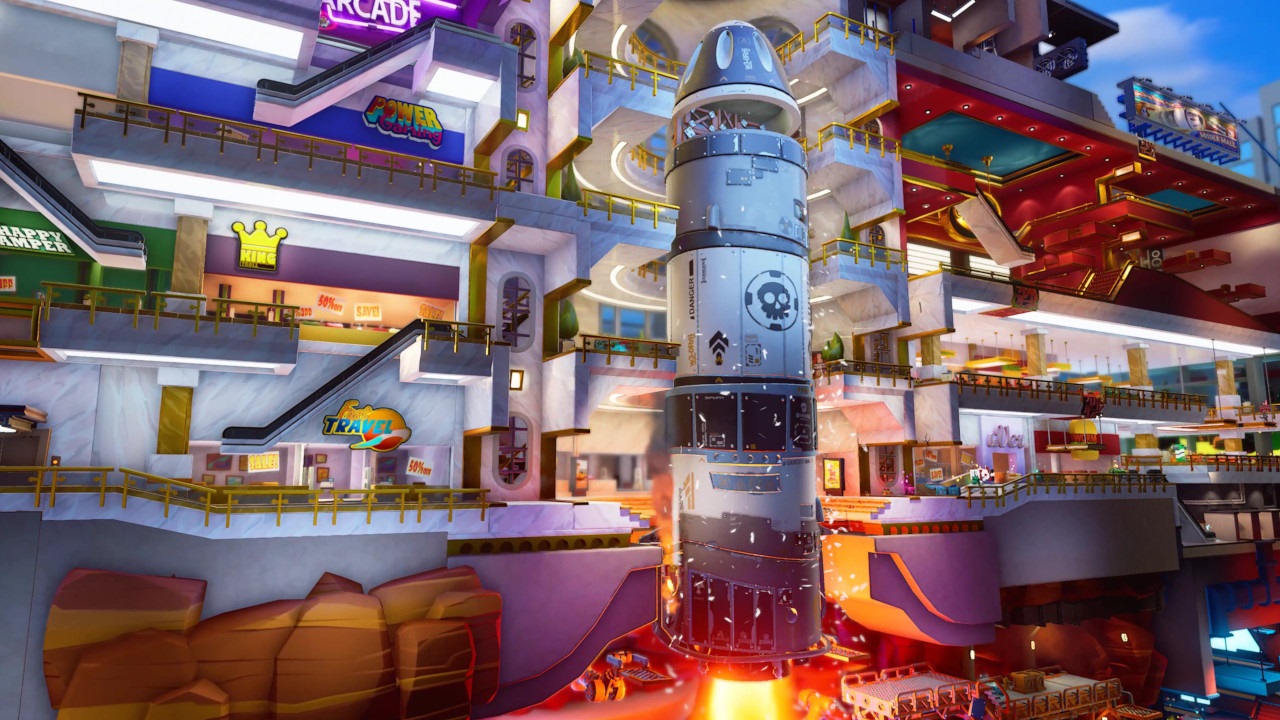 Straying away from what you’re known for is often done by long-standing franchises, especially when they need to stay relevant. Prior to Worms Rumble, the last entry was in 2016, and it was very much a classic rendition of the franchise we have grown to love. Worms Rumble is fighting for attention in a relatively new gaming landscape, one where massive online multiplayer games are a focal point of the whole industry. The Nintendo Switch version of Worms Rumble is a good effort at re-inventing the franchise, but it just misses the mark.

By preferring a real-time, action style, the game is much more chaotic, but it is also really really difficult. The controls are very challenging to get to grips with, and the tutorial isn’t much help in explaining them either. So in order to start really understanding the game you need to go into a match. There are four game modes to choose from, but the gameplay is largely the same, it’s just the objective that changes. Once you begin to figure out the controls, getting up to speed can take a second especially when taking into account trying to understand each individual weapon. Worms Rumble really could have done with a better tutorial. 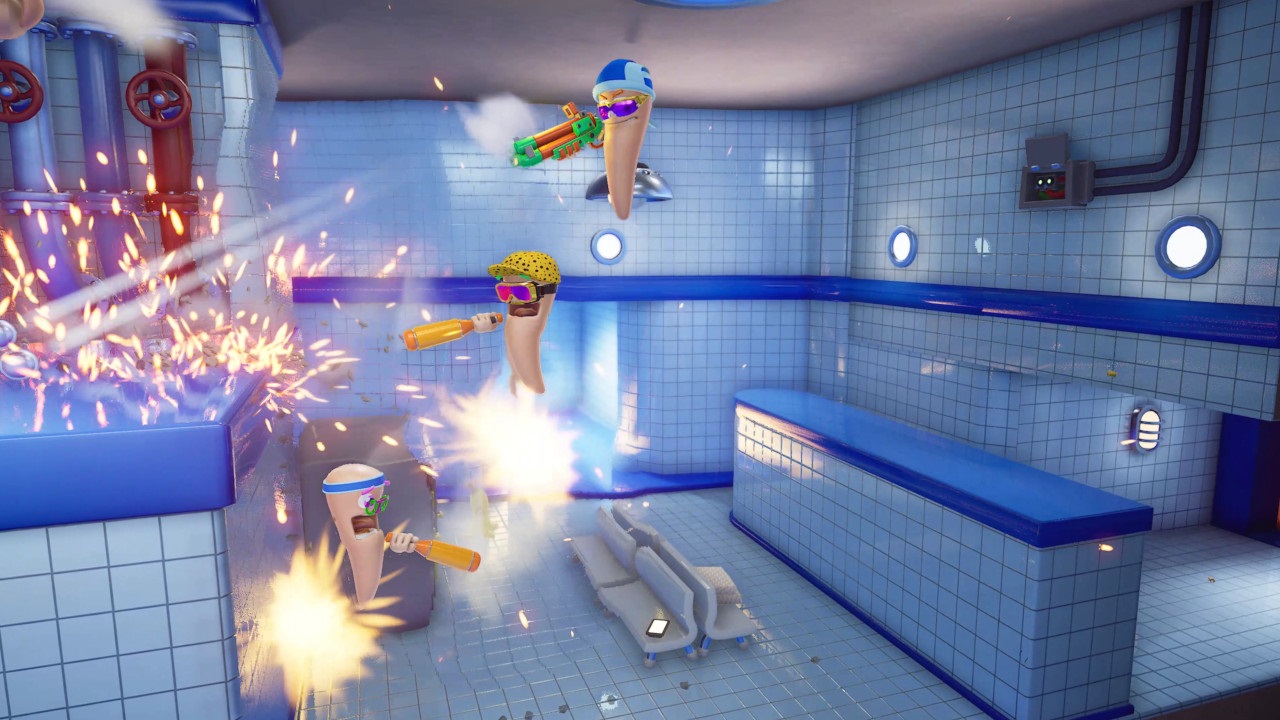 More in line with the traditional Worms games, are the weapons. There is a good blend of weapons for you to find around the maps, some that are familiar and there a few new ones as well. There are also good options to customise your worm for when you take it into battle.

Sadly, especially in handheld mode, it is difficult to make out the finer details. There is quite a lot going on and it is very zoomed out, so on handheld it’s definitely lacking detail. Once the game is docked, things are much clearer, in turn it’s not a bad looking game. Worms Rumble definitely has a fun cartoony art style, but that doesn’t prevent it from having a few technical issues on the Nintendo Switch. The frame rate is far from consistent, on top of this, when things really start popping off, the screen becomes very busy, and as a result, difficult to see. 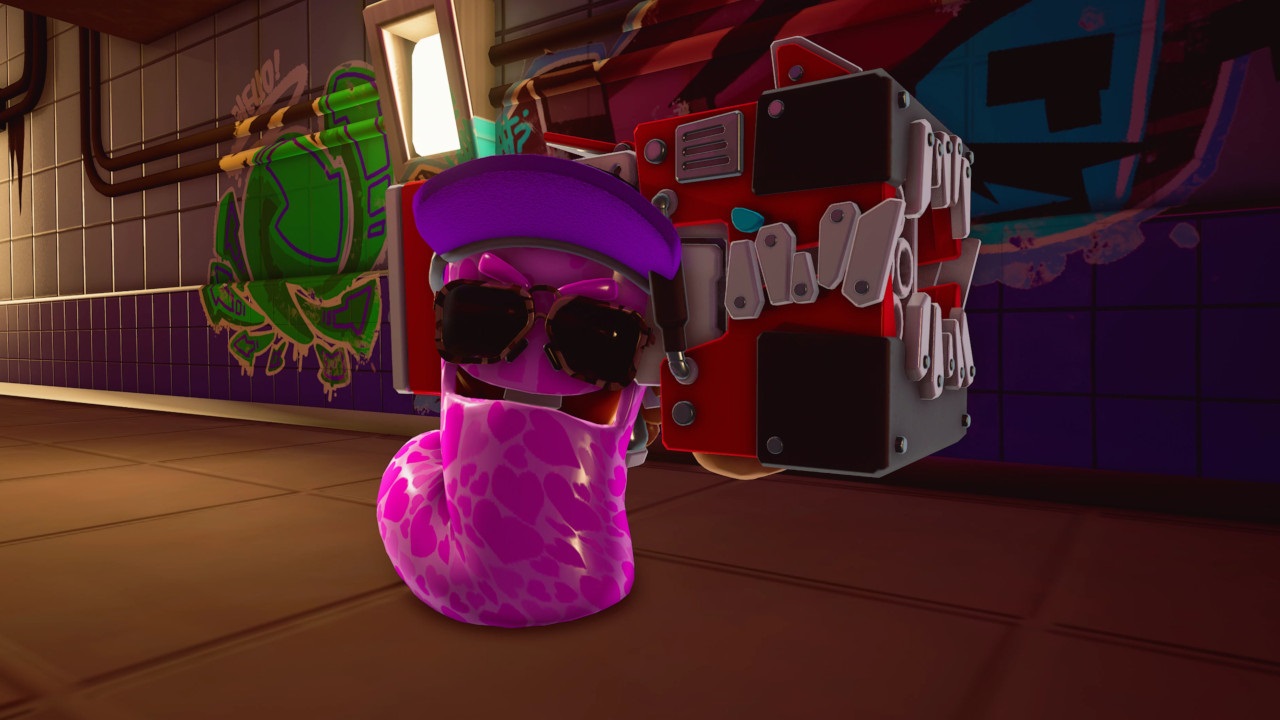 It’s always very admirable when developers try something completely new with a longstanding franchise but unfortunately, on this occasion, it doesn’t stick the landing. The maps are interesting, well-designed and there is a good variety of weapons to use. However the learning curve, and the deviation from what makes Worms great, means this is not the next great entry in the franchise. This won’t be a must-have for fans of Worms and it also won’t be a must play for die-hard multiplayer games. It doesn’t stand out enough in an incredibly saturated market right now. Sadly the wait continues for another great Worms game.

Worms Rumble can be an enjoyable ride, and it is certainly a bold, fresh take on the franchise. However,  it is ultimately a step in the wrong direction. Worms Rumble fails to capture the essence of previous games, and adopting this style of gameplay causes it to grow stale quickly.