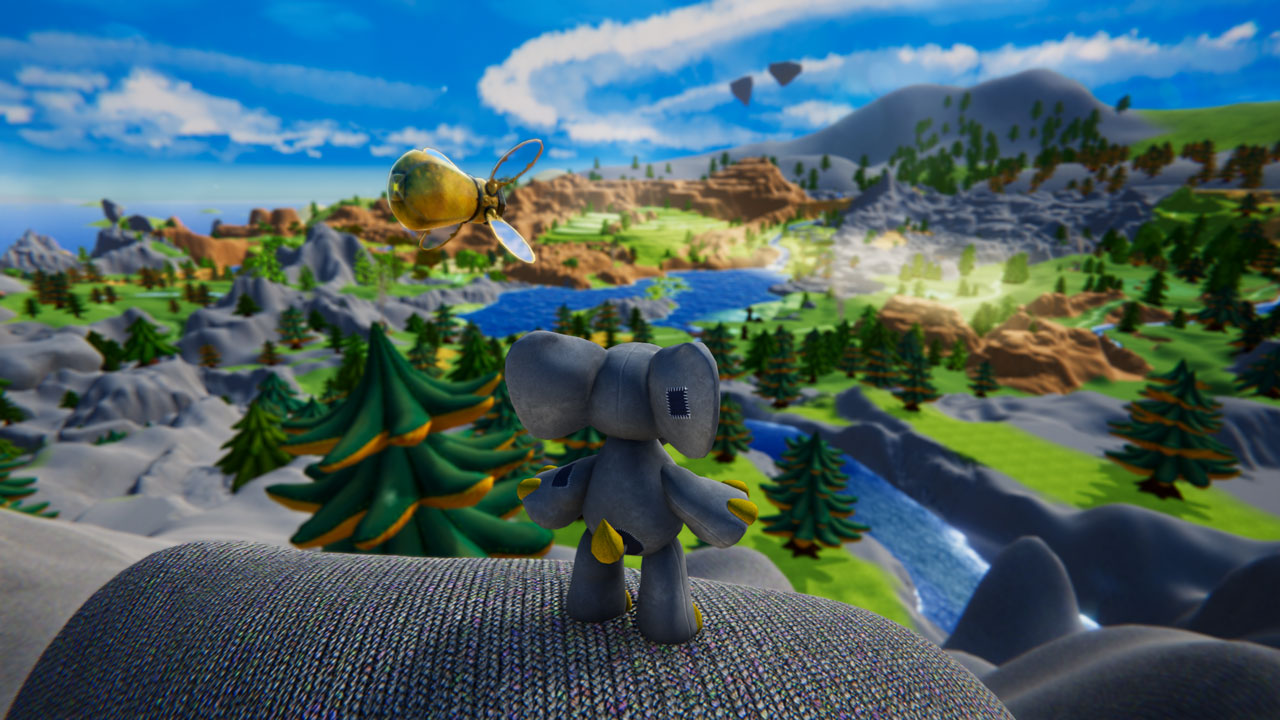 In Stuffy’s world of textiles, you get to wander around and explore a variety of textures, patterns, and colors. Who is Stuffy? Stuffy is the elephant in the room, or at least he starts out as an elephant in the game, but we’ll get into that later.

Woven appears to be a kid-friendly 3D adventure game at first glance, but first impressions can sometimes be misleading. While the visuals and the general theme are kid-friendly, the amount of patience required to play is not exactly conducive to the typical short-attention-span crowd. If you have an unusually attentive 7 to 11 year old, this game may be a good option. Otherwise, kids may get bored quickly. If you are a more seasoned gamer (in this case it means “patient”) and can appreciate a game whose pace is easily considered sedate, then you may enjoy what Woven has to offer.

Woven is as much about looking around at the environment as it is about doing things and navigating through the story of the game. 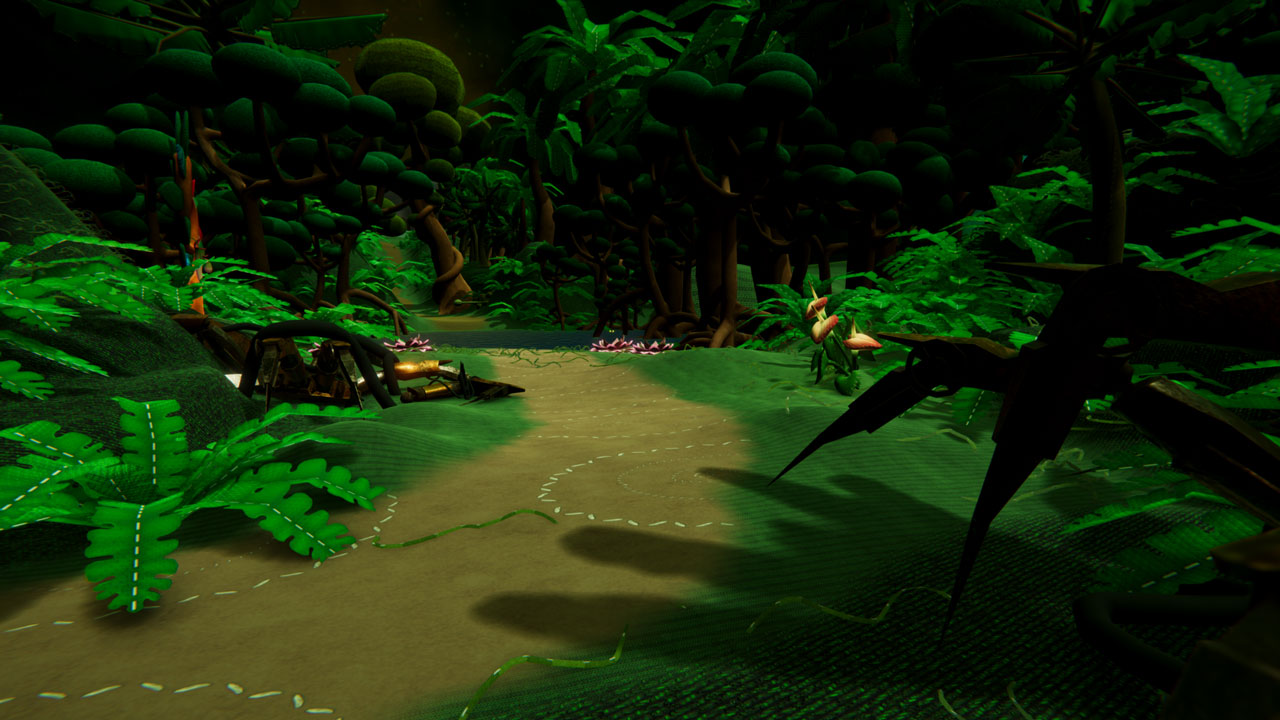 Wandering around is a very safe activity—arguably a bit too safe. The game will not let you go where it doesn’t think you don’t need to be, even if you would like to explore there. The invisible walls seem to be less of a boundary for the world as they are means of preventing anything from happening to you. Want to climb a hill? Nope. Maybe dive off a cliff into the ocean? No dice. Maybe check out what’s on the other side of a valley? Not happening.

Even though meandering through your environs seems like being a three-year-old taking a walk with grandma, there is still plenty left to see. Everything around you is made of some sort of fabric which makes things look like stuffed animals or quilted plush toys. The color pallet has a very rich variety, and the colors are used in a mix of traditional ways (trees are often green) and unusual ways (snakes aren’t usually plaid—no, really, there is a plaid snake in the game). Looking into Stuffy’s world is a bit like opening a box of 64 Crayola crayons—safe and wonderful at the same time. 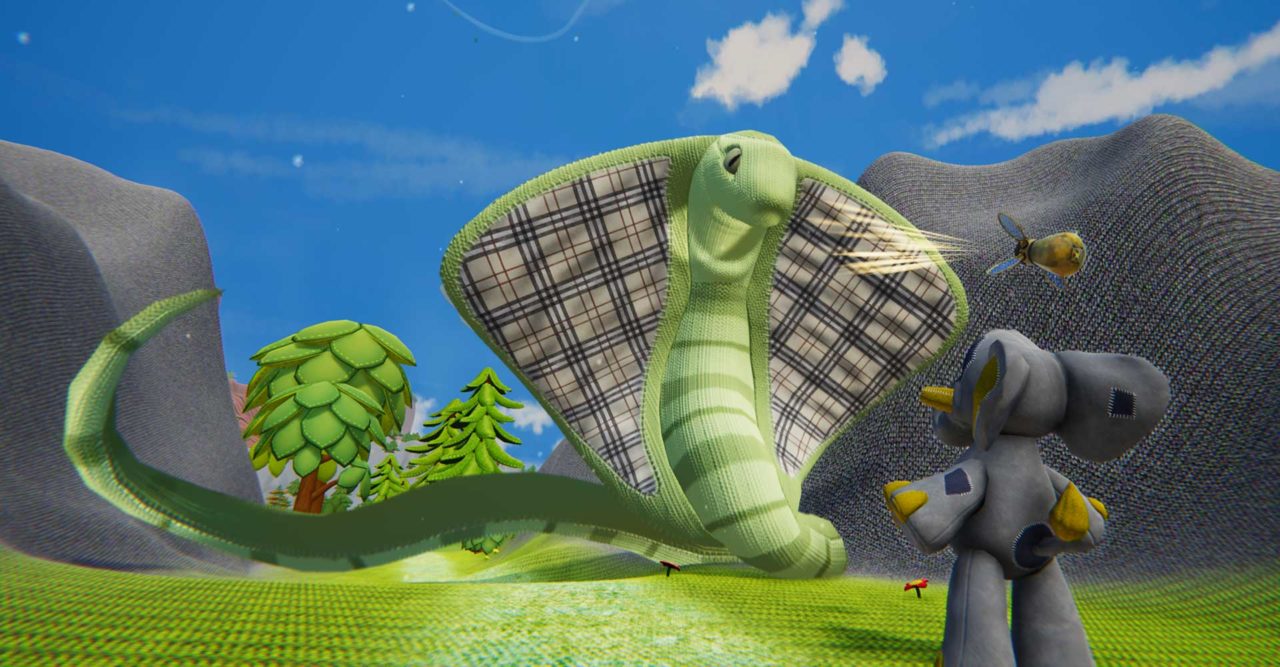 One of the first things you find is Glitch, who becomes your trusty companion and rather useful accessory. Glitch is a cross between a light bulb and a firefly with one big eye. Glitch acts as a light, a pattern scanner, and a sort of key for the machines you will find laying around your world. Glitch can activate a pattern generator which becomes sort of a game within a game. Use the left joystick and the A button to make sure the dots scrolling by you get touched by the stylus on the right side of the machine. Hit enough of the dots and you get a new pattern you can use to modify Fluffy’s body. Take the new pattern to a weaving machine (Glitch activates these as well) and you can change out body parts to gain new abilities or to change material patterns or colors to get a new look.

If you switch from your starting elephant legs to deer legs, you can jump (but only on designated jumping points) to get up a small cliff. Change from elephant arms to donkey arms and you can now push things out of the way. The game is not great at telling you what you are about to need, however, so there will be plenty of back-tracking to the weaving machine. Woven will usually tell you what ability you need in the form of a hovering icon, but these icons are a bit inconvenient to use. Press the right or left Z button, use the joystick on the same side as the button you pushed and swing the joystick pointer to the ability you want to use and release the Z button to activate the ability. This operation is a bit cumbersome and could readily be rendered easier by using the buttons on the top of the Joy-con. 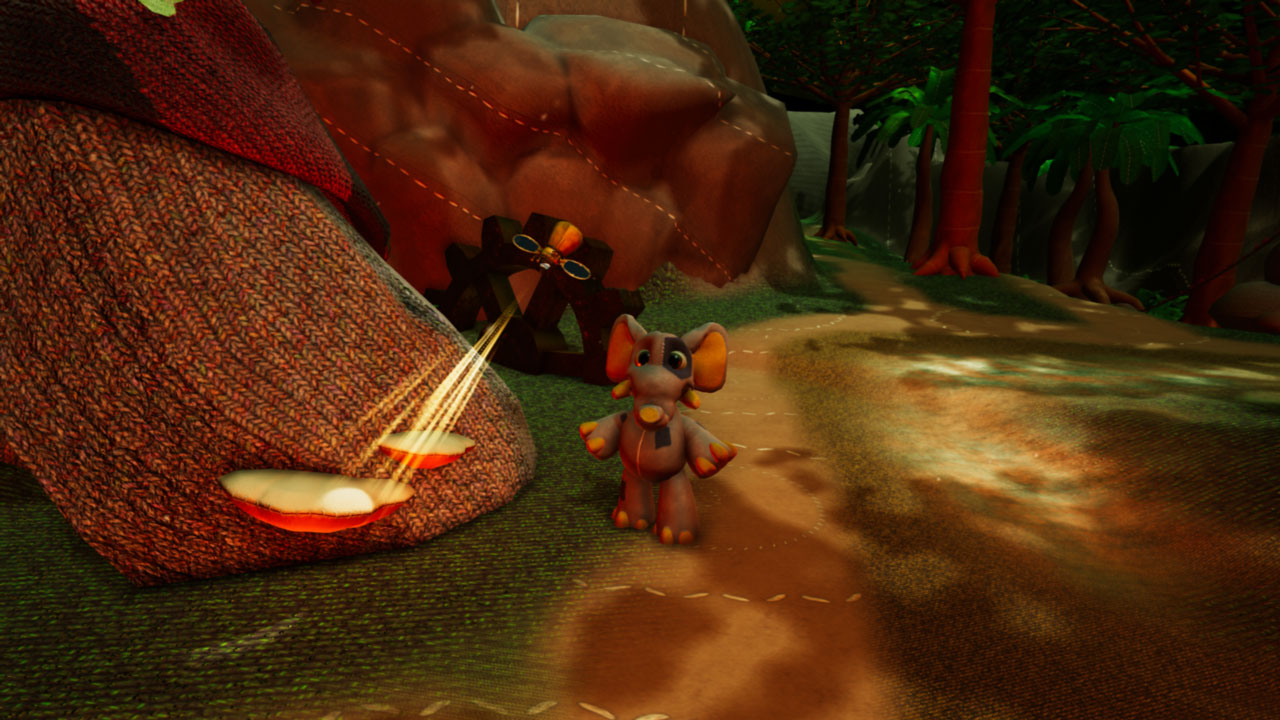 There is another aspect to the game’s hint system which bears mentioning. There are some actions you can take, such as stomping on the ground to persuade a…well, let’s call it a crochet cow to move out of your way. For a few seconds, you can’t do anything because the game is showing you the other animal on the path is also moving (or is that mooooving?). It may seem irrelevant, but this is actually the game’s way of showing you how to get around the hill you can’t climb yet; forget the first cow and run around the other way to get to the hidden path before the second cow blocks it. The hint system may be a bit oblique, but once you start to understand how the rules work, things start to fall into place and you can start enjoying the game. Like I said, if you have patience, there is a decent game hidden in all the decorations.

Something you might encounter which might be called a glitch (not your buddy, Glitch); every now and then the “camera” sees through things like cave walls, the ground, or Fluffy’s head. This is only surprising because the attention to the visual details seems to be, otherwise, very good.

There are a couple of other annoyances I’ll share. First is the inability to go back to a previous “level” to grab something. The stages in the game seem to be set up as one-way gates. This is a bummer because I think I missed a pattern maker early on and don’t have access to that form’s abilities. The second irritant is the narrative. This one comes in two parts. First is the fact you can’t hit one of the buttons to fast forward through the audio track even though you are done reading the text. The other is the nature of the audio track. The narrative is written in the style of A. A. Milne (Winnie the Pooh) with vocals to match, right down to an accent which sounds a bit English. While it is passable as a storybook sounding audio track, it falls short of the style of the Pooh stories. With the sedate game pace, soothing music, and bedtime audio-book sound, you will not only need patience but maybe some caffeine as well. 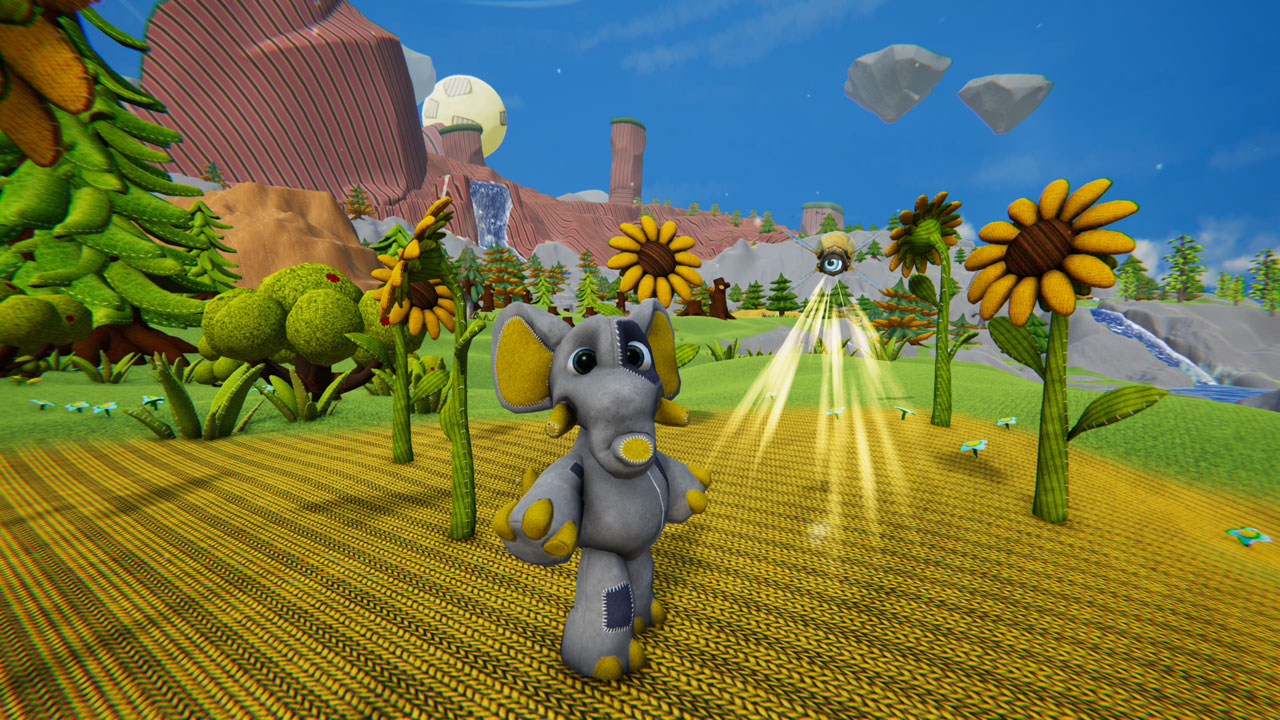 This all comes together to create a kids’ game that may not really be suitable for young players due to the awkward controls for special skills and the lack of action/interaction. It may fall a bit flat with older gamers for the same reasons, which is a bit disappointing for a game which obviously had some talented people involved in its creation. If you can handle a game which plays with the intensity of putting together a jigsaw puzzle, it can actually be enjoyable to play and visually inspiring.

Woven is a sedate, easy to play, colorful, game that’s imaginative and pleasant to look at. However, it starts slowly and doesn’t get much faster, and it requires a healthy chill level on the player’s part.

I started covering games for iOS in 2013, and made the Switch to Nintendo (you see what I did there) in 2019. I enjoy tabletop, mobile, and console gaming—just about anything which can provide a little diversion, a brain teaser, or an adventure. A little play every day can be good for you. That’s my story and I’m sticking to it.
Top