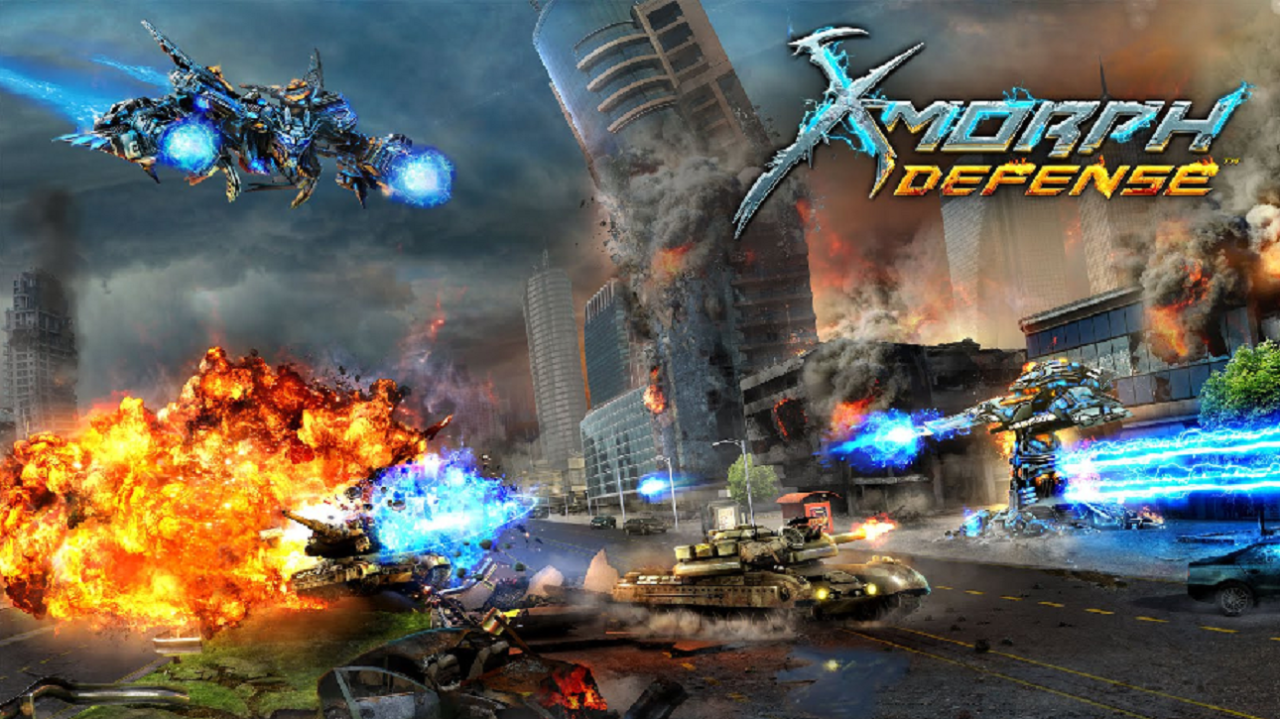 Tower Defense is a genre not very widespread in today’s age of gaming but includes some really great titles. Although X-Morph: Defense is not one of them. X-Morph: Defense is an interesting take on the genre with a top-down shooter approach, but lacks the qualities of what makes for a decent experience.

X-Morph: Defense is a tower defense shoot-em-up game set in a not-so-distant future on Earth with sci-fi elements. The story of the game starts when an unidentifiable object crashes into the surface of South Africa. The mission from there is to protect a core and destroy all opposition. Throughout the game, you will be playing as an X-Morph – an alien species who are invading Earth to harvest its natural resources and terraform the surface.

As with other tower defense games, you are given the choice to either be right up front in the battle and involved in the fight or sit back while you let alien towers vaporize incoming mercenaries. There is a building mode as well so you can plan the pathway of how enemies approach the core.

The main campaign has content that will give you at least 20 hours of action-packed tower combat, but all of that comes with the catch of you being able to sit through it. While there are three pieces of downloadable content, none are enough to save this game. It doesn’t help that the voice acting and graphics are horrendous which make the experience of playing feel like even more of a pain.

It was impressive the sheer variety of enemies put into the game and the completely destructible environments; however, that wasn’t enough to keep me coming back.

If you are a fan of tower defense games and are looking for one to play on your favourite hybrid console, this is not for you. There are much better alternatives for the price on the platform like Balloon Tower Defense, etc.

With little replay value incentives and a campaign that lacks the qualities which make for a compelling experience, it is very hard to recommend this game even with its lower price tag.

With little replay value incentives and a campaign that lacks the qualities which make for a compelling experience, it is very hard to recommend this game even with its lower price tag.