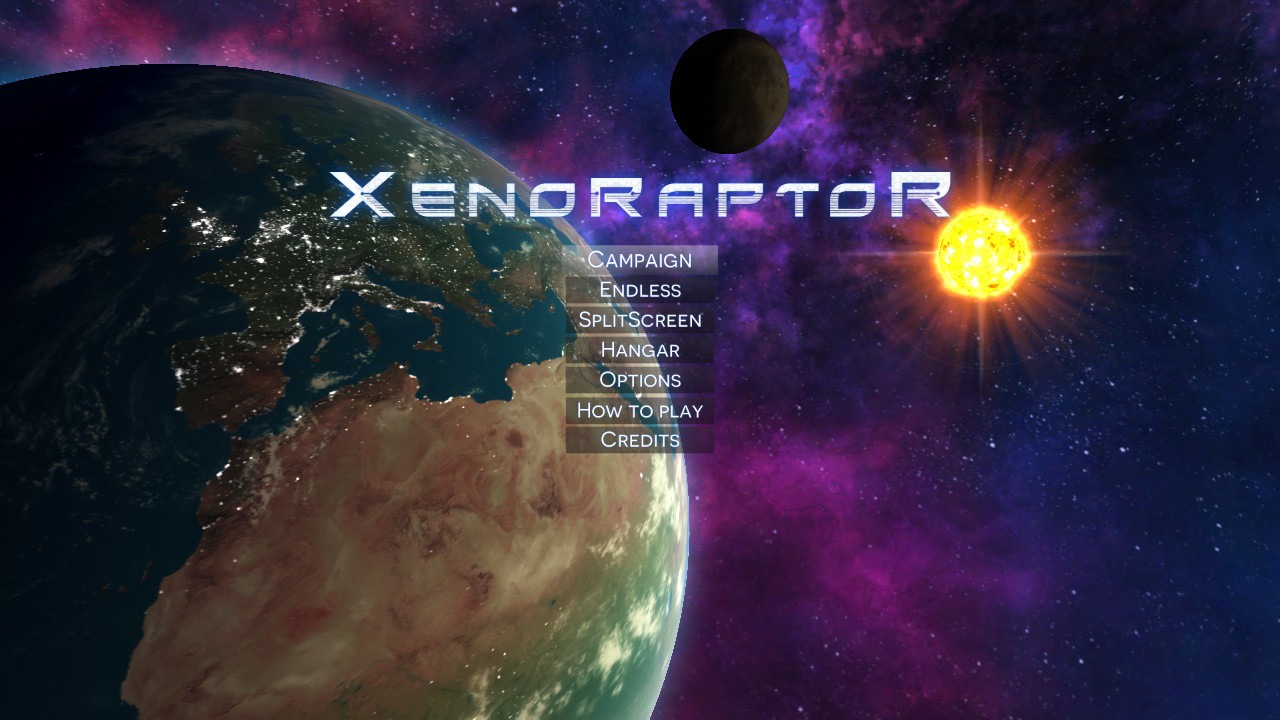 XenoRaptor is an action arcade game published by Digerati. You are inside a cyberdragon spaceship shooting down your enemies while avoiding asteroids and other hazards in space. 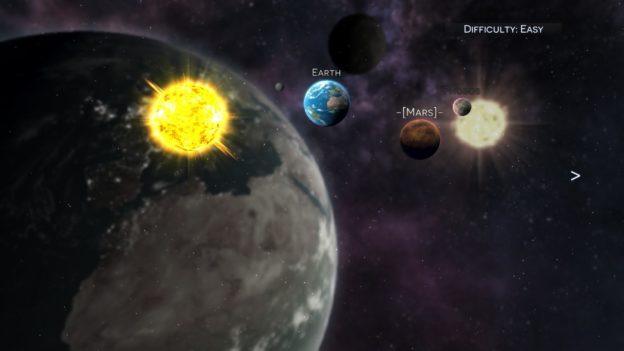 When booting up the game, there are a few different modes you can play: Campaign, Endless, and SplitScreen. SplitScreen is the two-player co-op version of Campaign mode. I didn’t get the chance to try out SplitScreen, though I do think the game would be a lot of fun with a second player. Endless is a boss rush mode, which is just as fun as the main Campaign mode.

The Campaign mode is split up into planets. The first planet is Earth, then you move onto Mars, and so on. Each planet doesn’t have levels but has waves of enemies. There’s no saving in the middle of it all, so if you’re going to play the game, you need to allow yourself some time to get through a level. 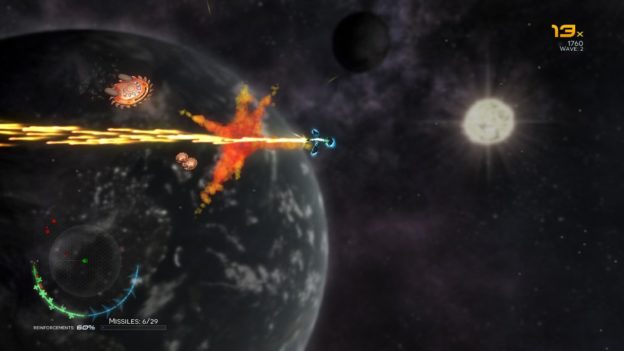 For each planet, there are about ten waves of enemies constantly coming at you. There’s a boss halfway through, and at the end of the final wave, there’s another boss to unlock the next planet. You can play the game in three difficulty modes: easy, normal, and nightmare. I mostly played in easy because apparently, for this particular game, easy is my speed. I attempted nightmare difficulty once and it truly was a nightmare. I didn’t get very far.

Part of the reason I played in easy difficulty was the controls. The game is a twin-stick shooter where you move with the left analog stick and aim with the right analog stick. The ZR button shoots your main weapon, the R button shoots a special weapon such as missiles, and the L button can be used to dash. These controls aren’t hard but can take some getting used to. For me, it’s easier with the Joy-Con because they’re smaller.

You can go to the Hangar on the main menu and switch up your weapons, as well. As you defeat enemies, other items drop such as repairs (which is health for your ship), speed (which is a temporary boost), and coolant. After shooting your main weapon for so long, your ship may overheat. Coolant immediately fixes that. If you can’t find coolant anywhere on the map, the ship will cool down on its own and you’ll have your weapon back again. 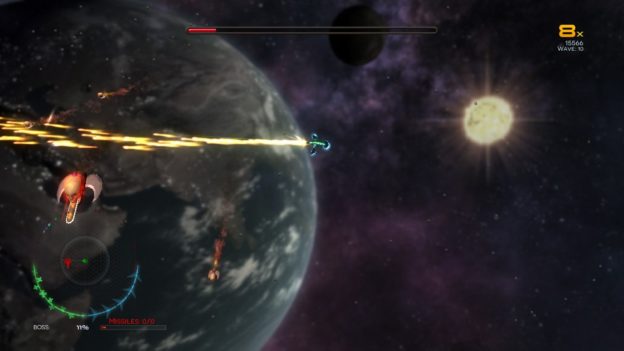 XenoRaptor is a lot of fun. The boss rush element keeps your attention throughout the gameplay as each planet gets a bit harder than the last. The graphics are easy on the eyes, the controls are smooth, and the music is upbeat enough that you don’t get sick of it throughout the many waves tossed at you.

If you’re a fan of arcade shooting games and boss rushes, then XenoRaptor is one to add to your collection.

XenoRaptor is a solid arcade shooting game with a fun boss rush element and a unique space experience.