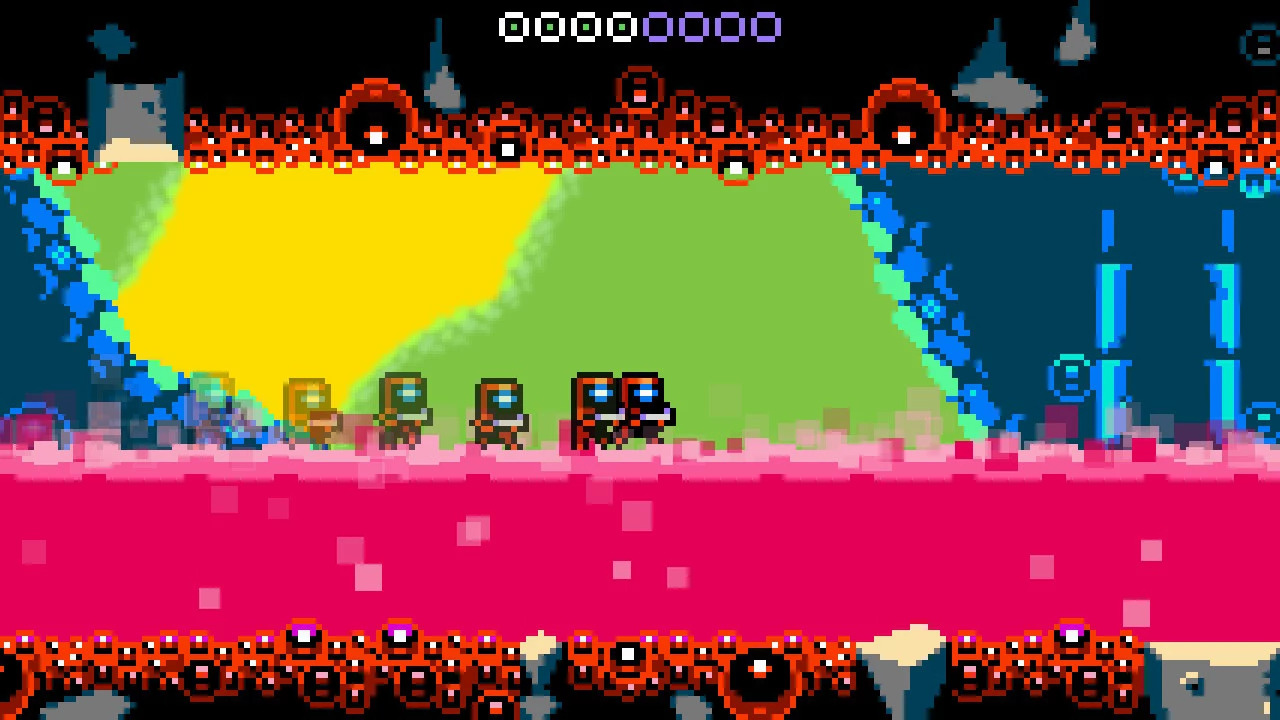 Everyone loves Metroidvanias. But who has time to fuss with the dense designs, story and gameplay the modern gaming generation brings. Sometimes, going forward means going backwards.

Xeodrifter delighted countless when it was released on the Nintendo 3DS a few years back. The spacey adventure title works well in portable form, so playing it again on the Switch feels pretty natural. There’s no fuss as far as controls are concerned, mostly because everything in the game is scaled down.

In a good way, mind you.

From it’s design to its gameplay, everything about this Metroid inspired title is incredibly bare bones. Our heroic drifter must repair his ship, embarking on an adventure on four nearby planets. As he progresses, he slays hostile aliens, gains new abilities and gets closer and closer to fixing his ship and venturing home.

The progression is as slow or as fast as you like. You can take your time, take the scenic route, grab every health and weapon upgrade. But like all Metroidvanias, you could easily speedrun it. Variety is good, especially when you have such simple mechanics. You explore, you fight boss aliens, you gain new abilities and gain access to new areas where you can repeat the process. It doesn’t get too stale, because instead of one big level, you’re on four. Each planet mixes up the landscapes, enemies and challenges, keeping everything fresh. 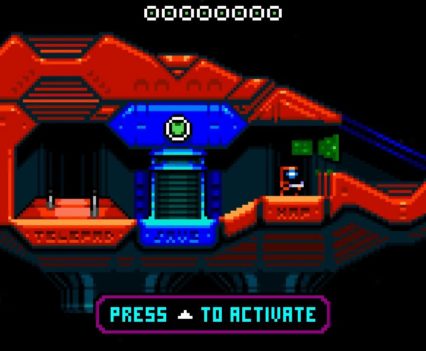 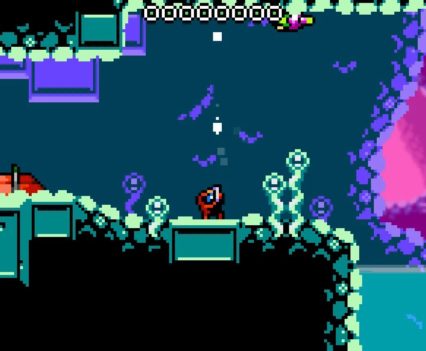 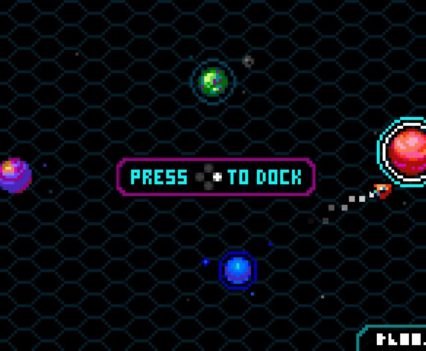 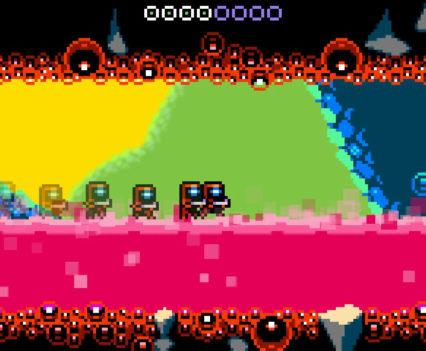 Unfortunately, if you’re prone to dying a lot, the game isn’t exactly forgiving. The only times you’re able to save are just before a boss battle or when venturing from planet to planet. In between these places there’s plenty of challenge to be had. If you die, get ready to repeat whatever arduous task you’re doing over again. The whole forced challenge has an NES difficulty feel though, one wonders if it’s a design choice.

If it is, it’s a bad one. If a game feels like homework, it loses its charm. And there’s plenty of charm to be had. Our drifter, his infinitely mod-able gun, the level design and even the annoying hoards of enemies feel like a SNES-style time warp.

Summary: There’s a scarcity of places to save your game, but it’s not enough to pass on Xeodrifter. It’s minimalism proves that there’s still a place for simplicity, even on modern powerhouse consoles. It’s like the first Metroid game only, you know, playable.

Summary: There’s a scarcity of places to save your game, but it’s not enough to pass on Xeodrifter. It’s minimalism proves that there’s still a place for simplicity, even on modern powerhouse consoles. It’s like the first Metroid game only, you know, playable.