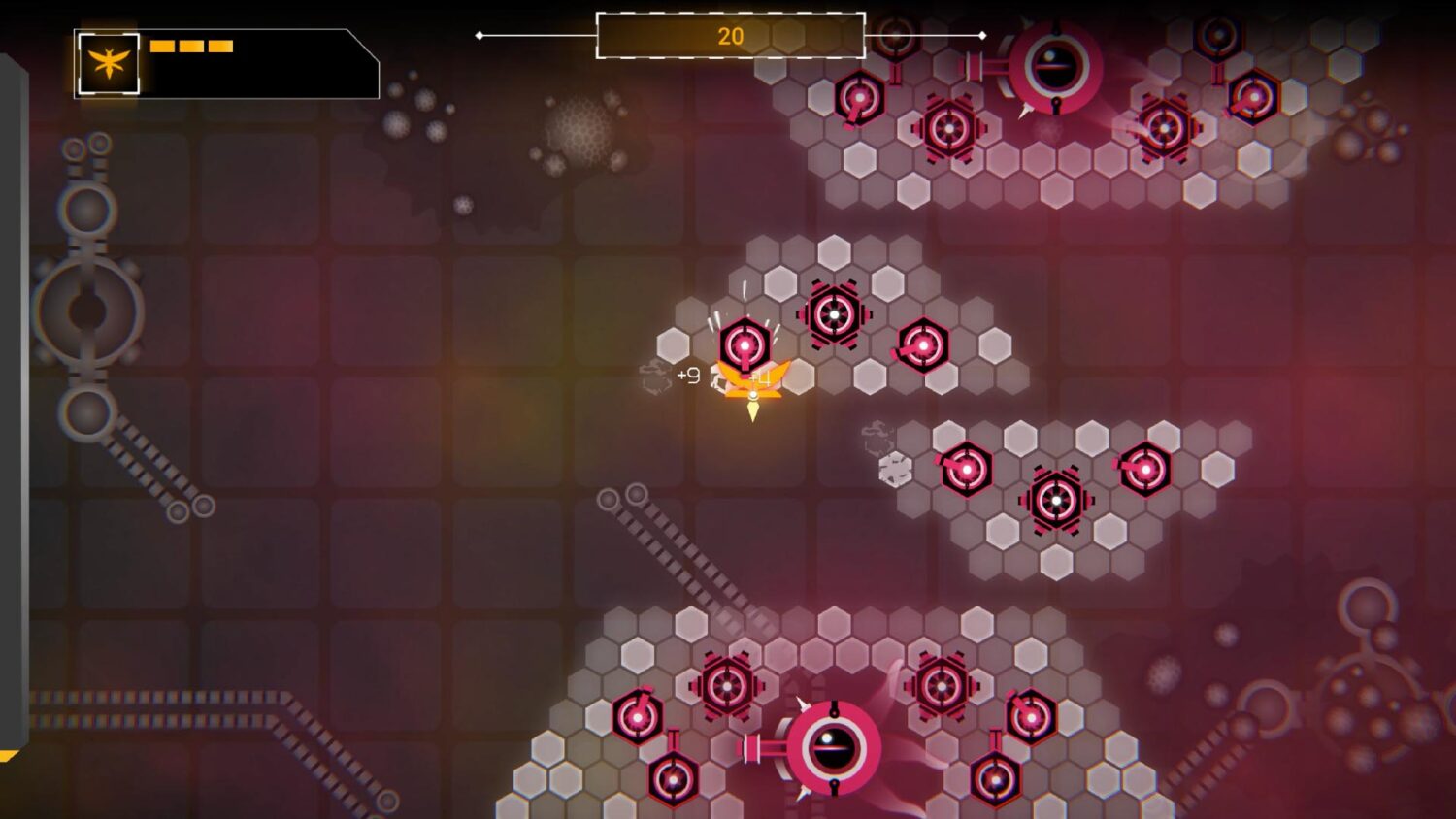 Finally, we got to talk about a game where you’re a space-faring dragonfly creature that shoots energy bullets and eats obstacles. What else could it be but Yars? Well, if you’re playing on the Nintendo Switch, it’s now Yars: Recharged from Adamvision Studios and SneakyBox.

The original video game generation will likely recall 1982’s Yars’ Revenge for the Atari 2600. Thankfully, this isn’t just a straight 8-bit port to the Switch; the developers have updated the visuals so we aren’t stuck with the overly pixelated imagery that plagues so many games in an attempt to look “retro cool.”  Don’t get me wrong; I like a game with a simple and clean look, I just don’t think it needs to look like a pile of bricks to achieve the effect. While we are on the game’s graphics, they look fine in handheld mode but are much easier to discern on the TV. Getting a larger view of all the bullets, your position, and the other status icons was easier on the eyes and allowed for a greater situational awareness. 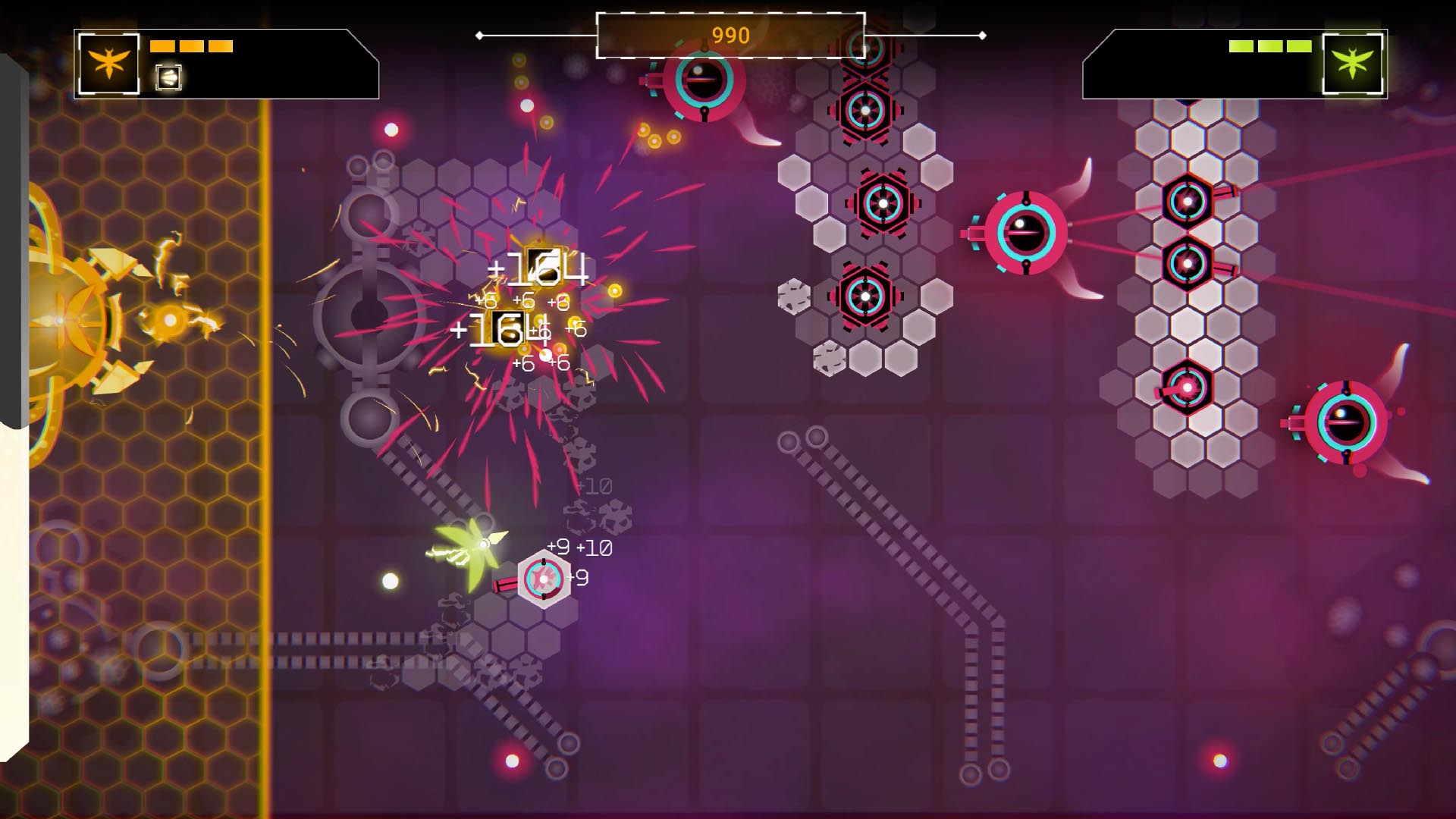 The other upgrade we get is a multiplayer option. Unlike the days of the Atari 2600, you don’t need to be in the same room; we have the Switch’s network connectivity to help with that.

One of the other nice features we get with Yars: Recharged are dual modes for Arcade and Mission gameplay. There are thirty levels to chew through in Mission Mode, with new levels unlocking when you complete the previous level. You can replay any of the unlocked levels to see if you can improve your score; just remember to use the B button when you finish the level because if you hit the A button you will start the same level again. Speaking of scores, there are bonuses for time spent, for not losing lives, etc. There are also thirty levels in Arcade mode. You have the same three lives, but if you get hit three times, the journey is over; if you want to keep going with Arcade mode you have to start over with level 1. Don’t worry too much; after you clear each level, you start the next level with three lives again. 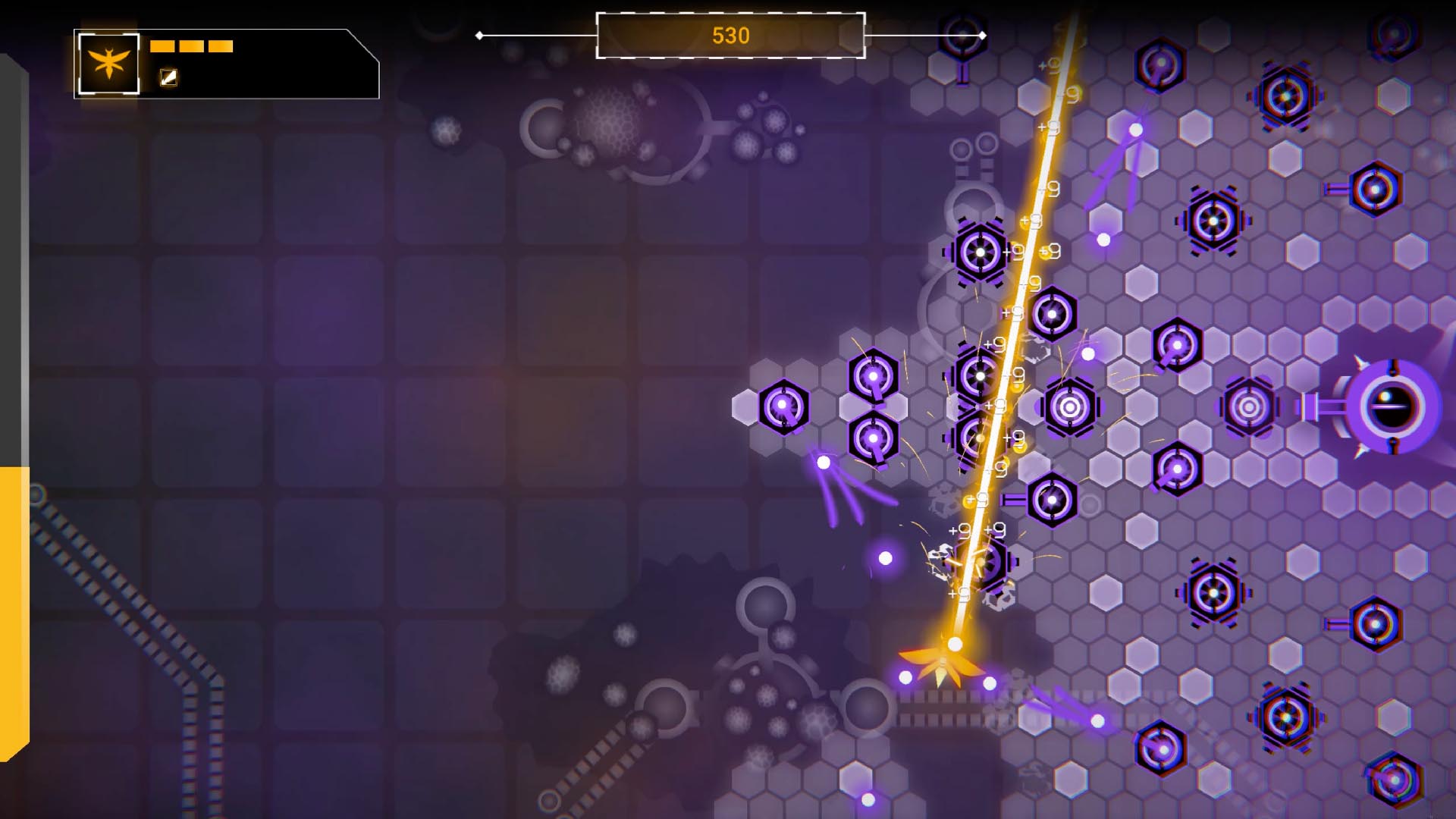 Yars: Recharged is very simple with the premise and layout, but don’t think it’s just a walkthrough. The goal is still to knock out the master core (or cores) before taking three hits. Each master core has some shielding, and they are accompanied by a few smaller cores which are there to shoot at you. There are different types of cores which shoot different types of unfriendliness your way. You gain small droplets of energy as you shoot or nibble on the shielding. When you knock out the small cores, you get a small pile of energy droplets.  Be sure to collect these as they will power up your big gun charge meter.

Once the meter is full, you get access to the really large gun at the left edge of the screen. To use this one, you need to fly into it, line up the shot (it only shoots in a straight, horizontal line) and use the right JoyCon to launch your shot. It can take out a small core in one shot, but you will need to land two clean hits on the master cores to destroy them. With all the cores shooting at you, barriers to get through, and the large swirl shots launched by the master cores, there are plenty of things you need to dodge. There are simple bullets, starburst shots, beam weapons, and the dreaded swirl shots, so you will need to stay sharp. 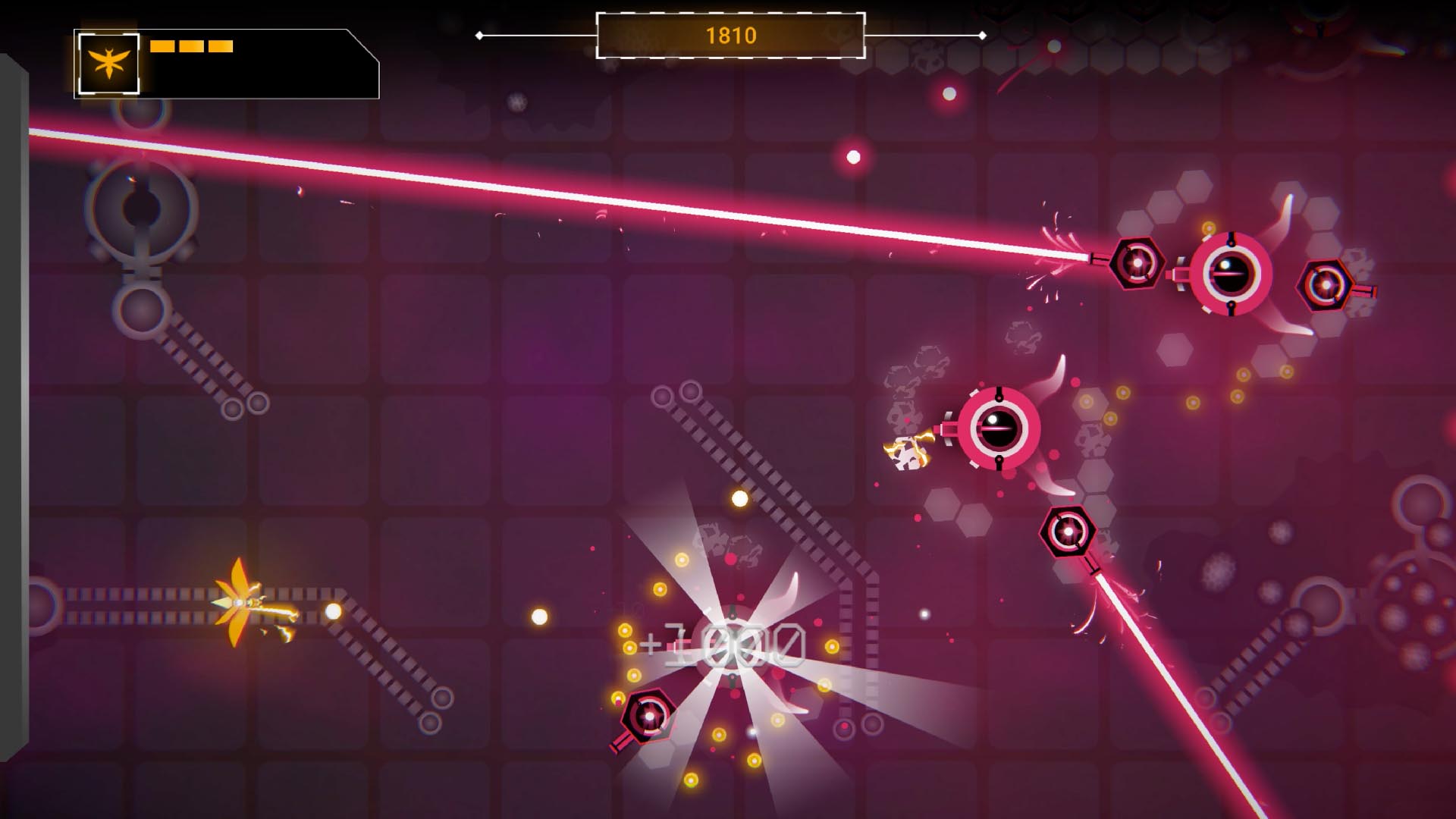 Most enemy fire will drain one life of damage, but the swirl will kill you in one shot no matter what. Another tip regarding the enemy fire—don’t forget that when you are mounting your big gun, there is a safe zone which the enemy bullets can’t penetrate. The swirl can still get you, however, so, “Don’t get cocky,” as Mr. Solo once cautioned.

Yars: Recharged is, like its progenitor, a simple survive and shoot game. It can feel a bit repetitive, as there is no story, no adventure, no puzzles to solve, and no interesting characters with which to interact. However, what you do get is a pure and simple game of skill. There is a little pattern learning, some tactical planning, plenty of attention to detail, and sharp reactions required to survive this game. It engages some very basic survival and competitive drives and wraps it all up in a good-looking package. There is also plenty of replay potential; you can always try to beat your old score, and the two player option lets you exercise your teamwork skills.

At the current asking price of $9.99, Atari’s arcade action game Yars: Recharged is an easy recommendation for your Nintendo Switch library. This is a fun game with enough challenge to keep you playing for hours.