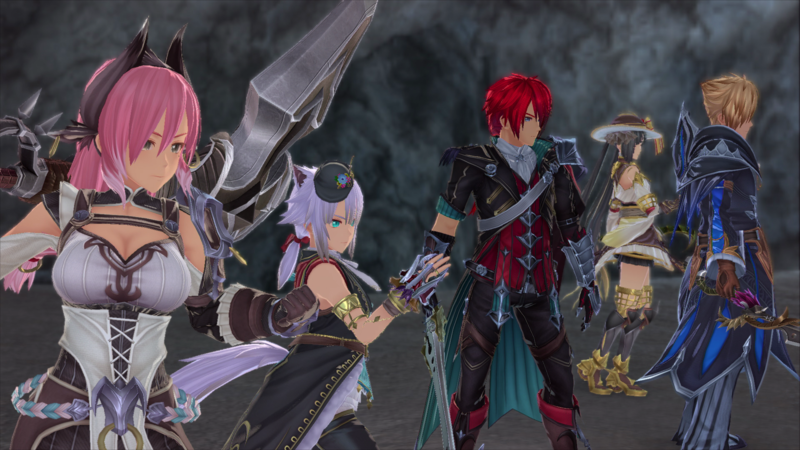 I came late to the Ys franchise, starting with the wonderful Ys VIII: Lacrimosa of Dana for the Switch. I’ve since gone back and played the Ys Chronicles games on the iPhone, but have largely missed the bulk of Adol Christin’s adventures.

I mention this not because you need a working knowledge of the series to enjoy Ys IX: Monstrum Nox, but because it starts with poor Adol being imprisoned for the events of those games. Upon arriving at Balduq, he’s captured and arrested for being a “suspicious character.” Seems his attachment to a string of pretty crazy events has not gone unnoticed.

It doesn’t pay to be the hero. Until it does.

With the support of another inmate, Adol attempts an escape. On his way out, however, he’s shot by a mysterious woman named Aprilis. This doesn’t kill him, but rather “curses” him with special powers he’ll use to fight monsters in a separate dimension called the Grimwald Nox. 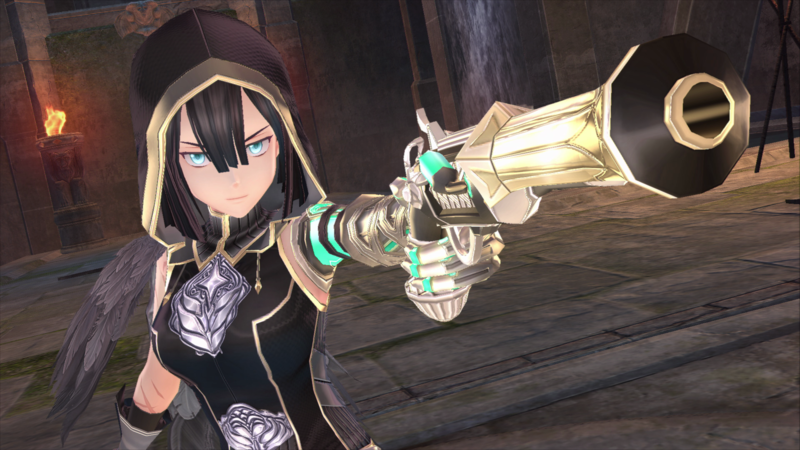 Another part of the curse is that he’s now trapped in the city of Balduq. It’s not all bad, though, as he’s not the first person to become a Monstrum, as they’re called. The first half of the game centers around discovering the identities of the other Monstrums, all of whom eventually team up with Adol on his explorations. The Monstrums are both feared and revered by the citizens and authorities of Balduq, and they get a full chapter to explain how they fit in.

More importantly, they each have their own special power which is helpful not only in combat situations, but also in reaching new areas and locations of Balduq. You get Adol’s grappling ability at the start, while others allow you to see hidden items, run up walls, roll through tight spaces, and so on. 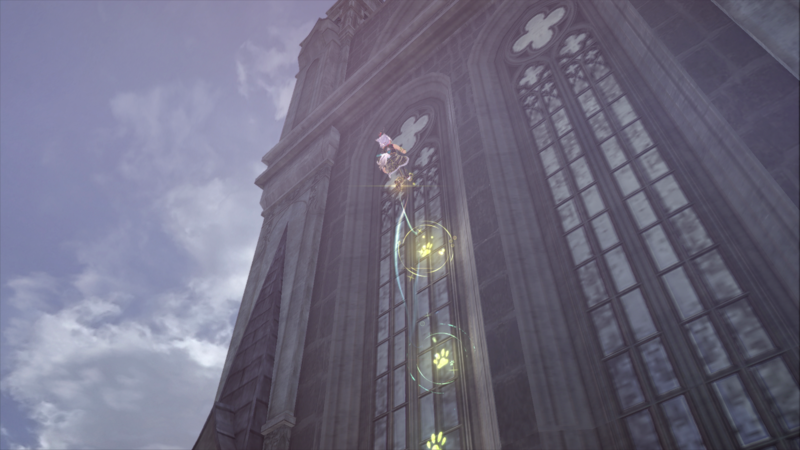 You can take three Monstrums into combat at any time, so you’re eventually shuffling your party around to make sure they level up evenly (party members on the sidelines don’t gain experience as quickly as those who are active). As they have unique weapons and skills, taking the right people into the fight can certainly speed things along. You’re able to shuffle through your three active combatants at any time during a battle, provided they haven’t been incapacitated. If that happens, you’re able to pause the real-time combat to administer aid and any power-ups you may have handy. In a helpful touch, if your entire party dies during a boss or Grimawald battle, you have the option to try again at an easier difficulty.

The actual fighting is handled mostly with the Y button, which is your main attack. You can dodge attacks with L and guard with the R, both of which give you temporary advantages if you time them perfectly. 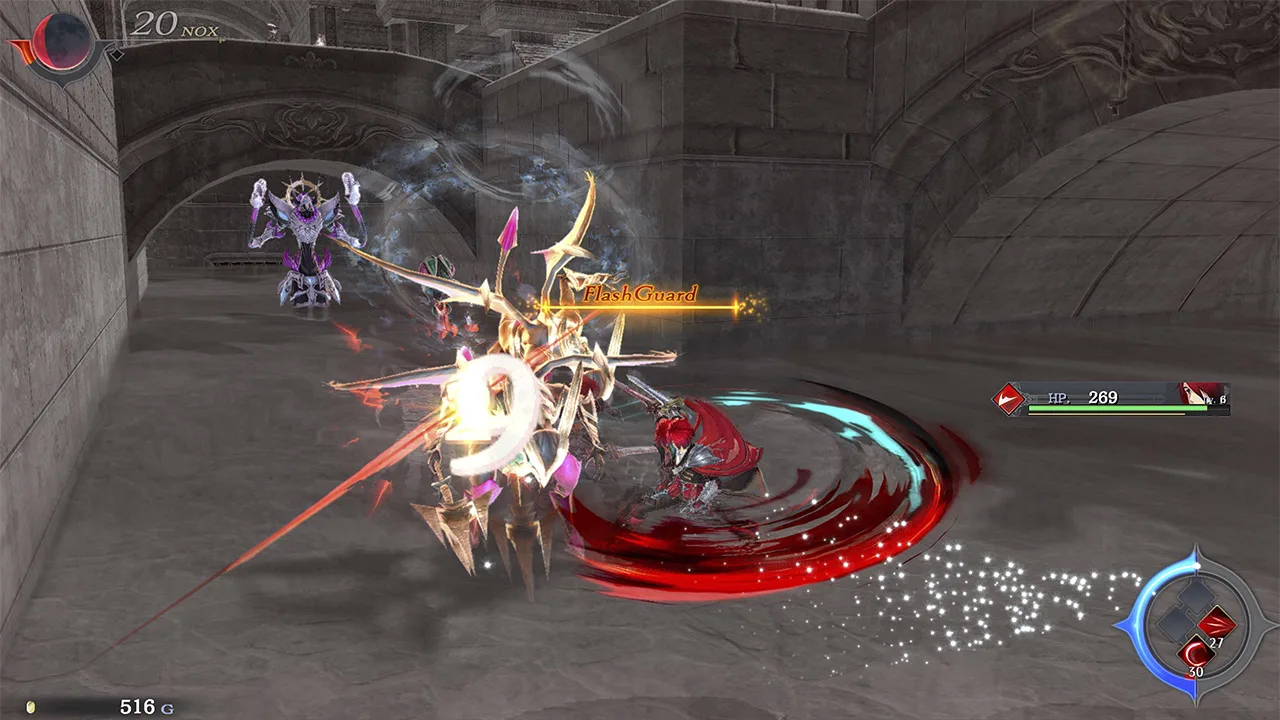 In standard fights, this is pretty easy. In the boss battles, however, the action is so intense and choppy (more on this later) that it’s well nigh impossible to know when you’re about to be attacked. I found that spamming the dodge button was useful, however, as there can be so many enemies attacking at once that I was almost guaranteed to perfectly dodge something.

Your standard attack is also used to power up special attacks that are selected with the aid of the R button. These are more powerful and have additional effects such as stunning or breaking the enemy, and effectively managing the specials for each character is integral to the system. One complaint I have with the game, however, is that unleashing one of your most powerful attacks is accomplished by hitting L and R simultaneously. That would be fine, except that L by itself is dodge, so I often inadvertently unleashed that ability too soon by attempting a dodge too close to using a special attack.

As with Ys VIII, Ys IX: Monstrum Nox gives you plenty to handle as you explore Balduq, its prison, and the surrounding area. After setting up a cafe as the front to your operations, many people join your team and provide the ability to craft and upgrade weapons and armor, brew potions, buy items, collect intel, and more. The game also gives you numerous quests to complete, and there’s no shortage of items to round up and locations to unlock for various rewards. The city is also infested with respawning battle points you’ll want to clear out to unlock certain areas of town and—more importantly—stay leveled up as the difficulty increases. Things get grindy at times, but the settings rarely become dull; it seems there’s always something new to discover or reach.

Still, there are two story aspects that work against Ys IX. First, I didn’t find these particular characters or this setting as interesting as those in Ys VIII. They’re not boring, just less engaging. At the point in the story when the party finally gets to leave town a bit, I was probably more excited than they were to get that change of scenery. And that’s telling, because I have to go all the way back to The Last Story to find a city that was initially as fun to navigate as Balduq. 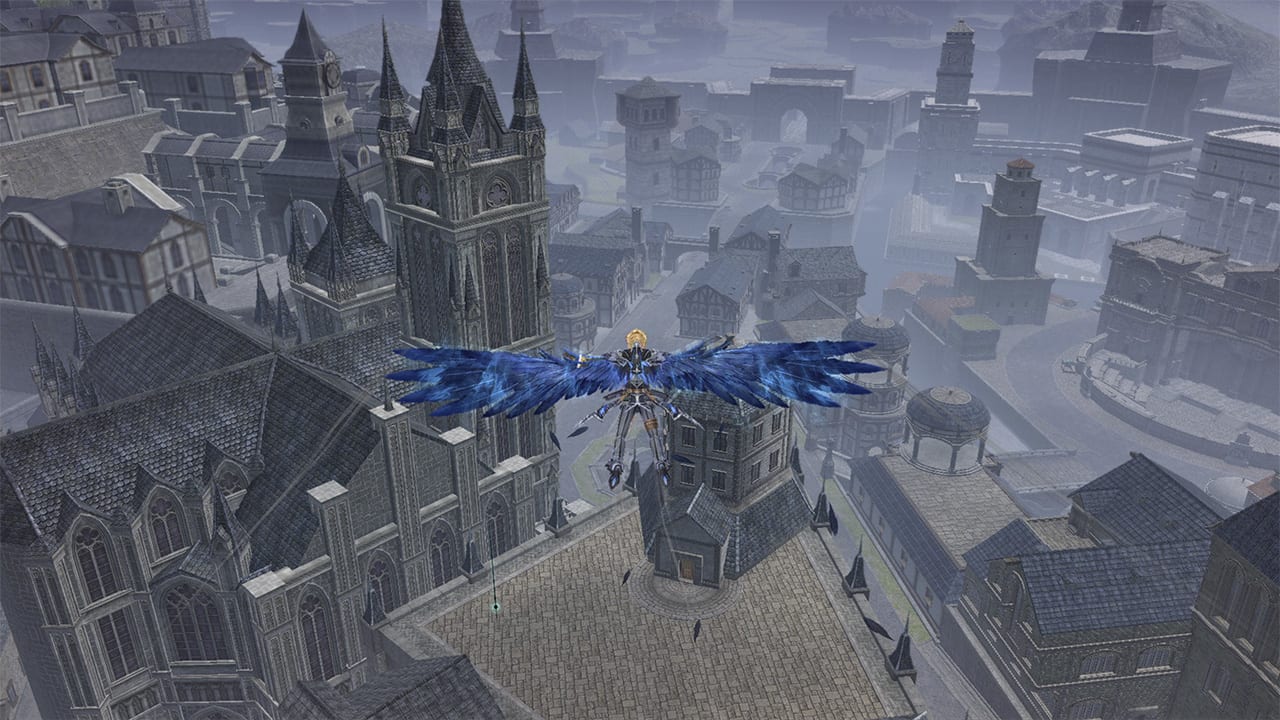 Second [minor spoiler here, so skip to the next paragraph if you’re not a couple chapters in], there are two Adol Christins: one in Balduq and one in the prison. Jailbird Adol doesn’t have the Monstrum abilities, and he mostly explores the prison alone. These levels are tightly integrated with what’s going on outside, but I felt they killed the story’s momentum. More importantly, they weren’t as fun to play through, often requiring stealth or parkour-style progression that felt out of sorts with the rest of the game. You have the option to skip certain segments if you’re having trouble, but you’ll miss any treasures you could accumulate along the way.

The game’s biggest problems, however, are graphical. First, the background textures are somewhat muddy and lack detail, causing the whole affair to seem drab. 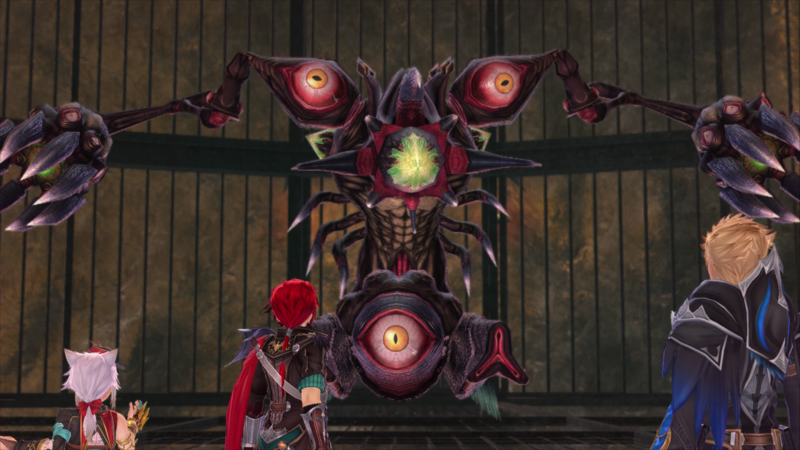 Also, the characters move oddly through it, as if they’re floating or otherwise detached from the environment. Watching them turn around during dialogue sequences is particularly comical.

Then there are the performance issues. The framerate drops at odd times, which can make it harder than it should be to reach some of the trickier areas. This gets really bad during the intense Grimwald Nox fights, when it seemed I was at times getting single-digit frames per second…in docked mode! I think this actually made combat a bit simpler at times (easier to time things), but it’s not worth the visual let-down. And don’t even try to play Ys IX in handheld mode, where the visual hits are exacerbated by nearly unreadable text.

But even with these complaints, Ys IX: Monstrum Nox provides a solid JRPG experience for genre and franchise fans. There’s more than enough going on to keep you entertained throughout, and every now and again it serves up something pretty incredible. One particular boss fight is amongst the best I’ve ever played outside of a Zelda dungeon. I do prefer Ys VIII overall, but both games should be on the shortlist for fans of action RPGs.

Ys IX: Monstrum Nox has the type of performance issues we shouldn’t be seeing on consoles these days. When it’s cooking, however, it provides a fully satisfying JRPG adventure for those seeking unique monsters to fight, vast environments to explore, and intriguing mysteries to unravel.