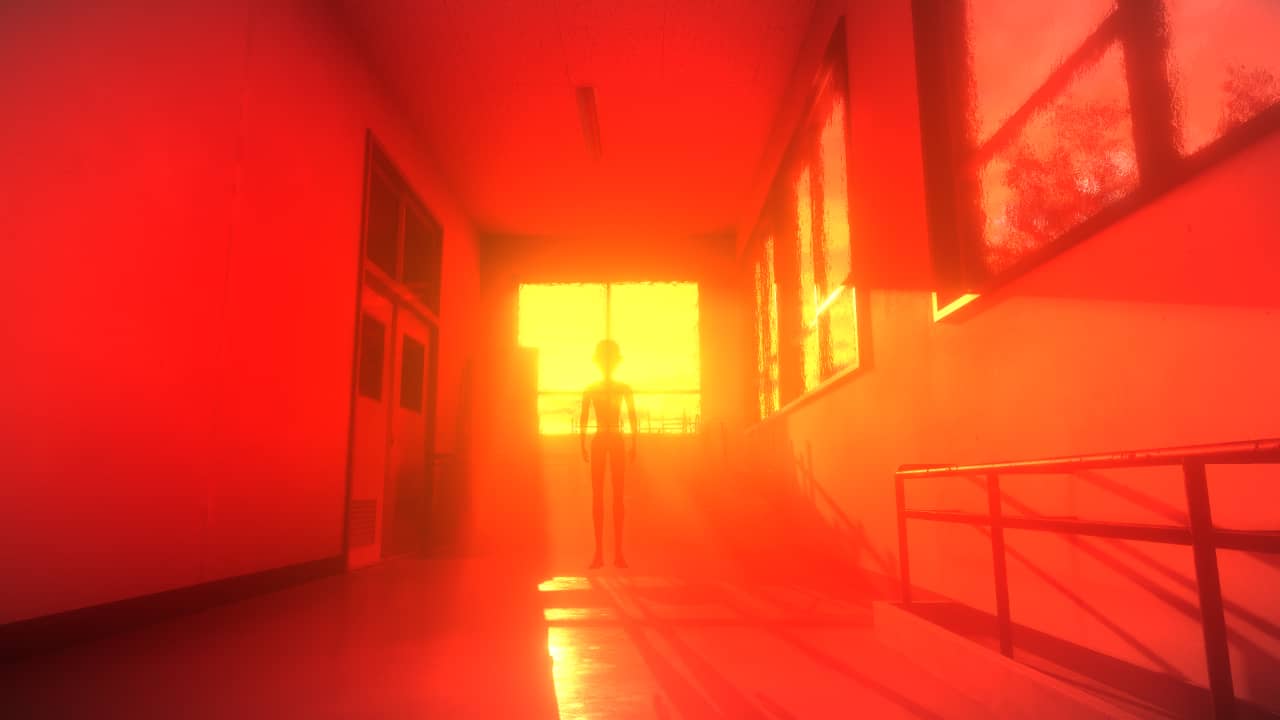 I think we can all agree that Asian horror is elite. I remember my first experience of Ringu changed my life forever (and ruined my sleeping schedule briefly), so whenever an Asian horror video game is up for grabs, I am always happy to throw my hat in the ring. This time round it’s Yuoni, a Japanese horror game set in the 1990s.

From the title menu alone and opening level, I had flashbacks to Shadow Corridor (another Asian horror video game I reviewed here at PN). From the deafeningly quiet hallways to the equally deafening sounds of cicadas, the eeriness really does put you on the edge of your seat. Like Shadow Corridor, you play as a wholly defenseless human up against some very dangerous ghosts and apparitions. 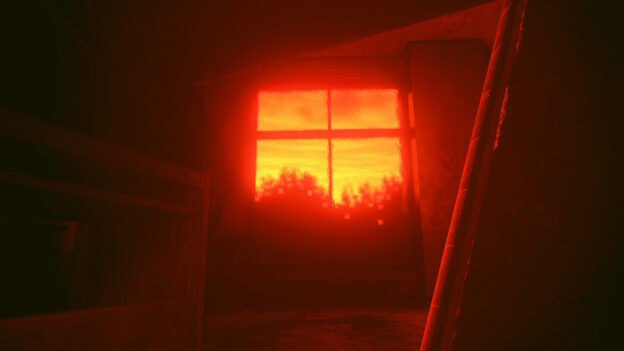 You play Ai, a lonely Japanese schoolgirl who has found herself in a very unfortunate game with Tsun, the spirit of a deceased boy. The game is simple: you must find a bucket of water and a doll. The doll is hidden somewhere, and you’re tasked to find said doll and dunk it in the bucket of water. However, you cannot let anyone – or anything – see you doing this. If you lose, you’re stuck playing with Tsun forever.

Sounds simple enough, however there are a few layers of complexity. Firstly, the locations you find yourself in, whether this be an abandoned school or hospital, are chock full of turns and doors, and rooms that lead to nowhere. Essentially, you’re in a labyrinth of sorts. Once the doll is found, you must navigate back through to where you came from, so a good sense of direction helps massively. Unfortunately, each level design  looks eerily similar to one another, and some areas are carbon copies of others. I was lost trying to find the doll, let alone bringing it back to the bucket of water! 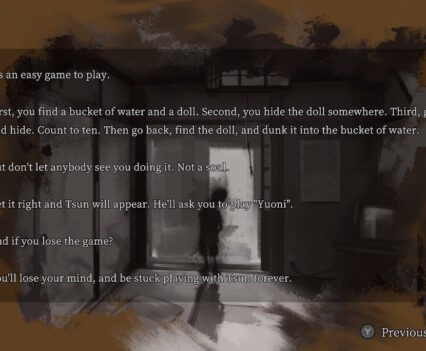 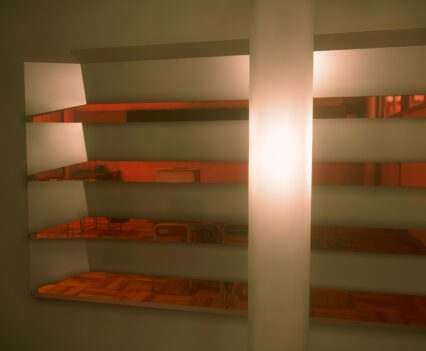 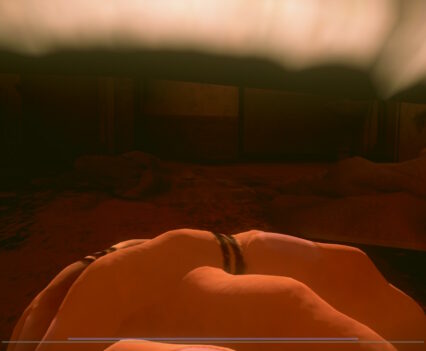 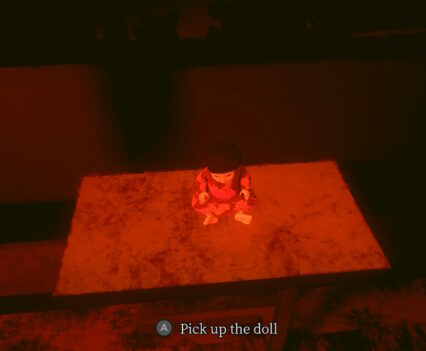 The sometimes-puzzling layout is only half the battle with Yuoni. Alongside the never-ending dusk are ghosts haunting the level. These ghosts vary from glitchy shadows to large, skulking slender-like objects, and they all act differently. Some will have an excellent sense of hearing, so you’ll need to hold your breath and crawl by them, whereas others will have incredible vision, so you’ll have to tactically hide and let them pass or find other ways around. This means that you’ll have to be on your toes (sometimes literally!) and adapt your style of play based on which ghosts you encounter. Of course, if you are caught, you’re dead. You can try to hide or run, but some will spring on you in an instant, sending you back to square one. 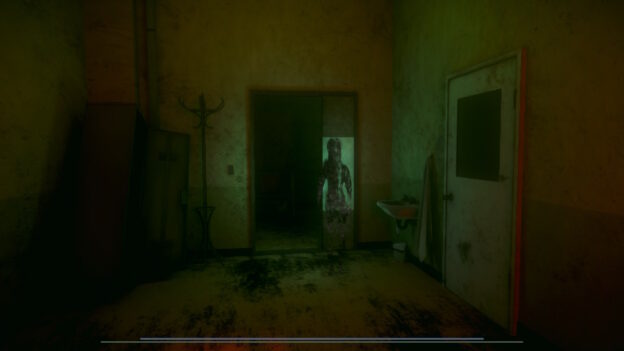 Yuoni has all the pieces to create a great horror puzzle, but everything, when put into action, doesn’t work as smoothly as it sounds. The repeated visuals become dull very quickly, and the repeated handful of ghosts become very predictable once you have sussed out a way around. I stumbled upon this feeling as early as the third to fourth level, and whilst the levels became more complex, they only delayed the inevitable – me dunking a doll’s head in water.

That said, there are three levels of difficulty: normal, hard and, exclusive to the Nintendo Switch, deathless. The latter mode is essentially a walking simulator. Ghosts will not come for you at all, even if you stamp in their face and run rings around them. Keep in mind though, the jump scares scattered throughout are still present, with many of them being highly effective. 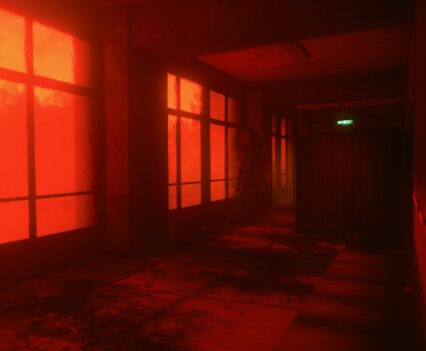 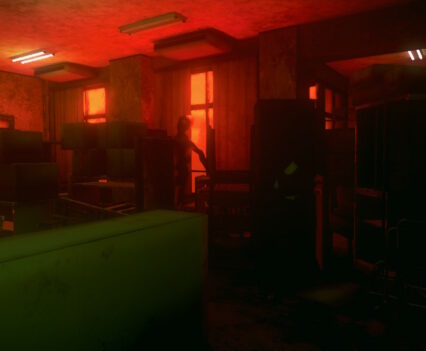 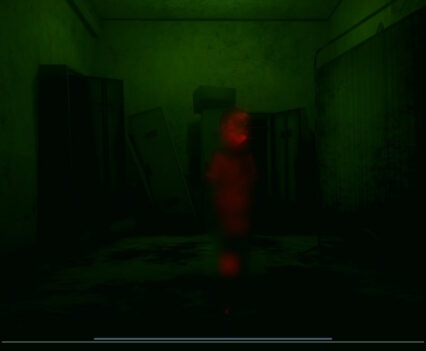 My biggest issue with Yuoni is the visuals. I found myself having to fine-tune the brightness and contrast on numerous occasions. Even in the dusk-lit sun, some areas were incredibly hard to see and determine whether it was a wall or a dark corridor. Even after finding what I felt to be the best settings, everything was very muddy and unclear. This does add to the creepiness a tad, but it also heavily affects the gameplay. Far too many times were doors and other important visuals unidentifiable. It wasn’t until I was pressed against them that I knew what they were! And that was mainly because the on-screen prompt appeared to open it!

Youni is a very short and unfortunately lackluster experience. Once you’ve played the first few levels, you have essentially seen it all. Whilst some of the jump scares are great and some moments are very eerie, there isn’t much else to keep you invested or wanting to play. The poor visuals impact the smoothness of the gameplay, causing frustration on top of the slow pacing.