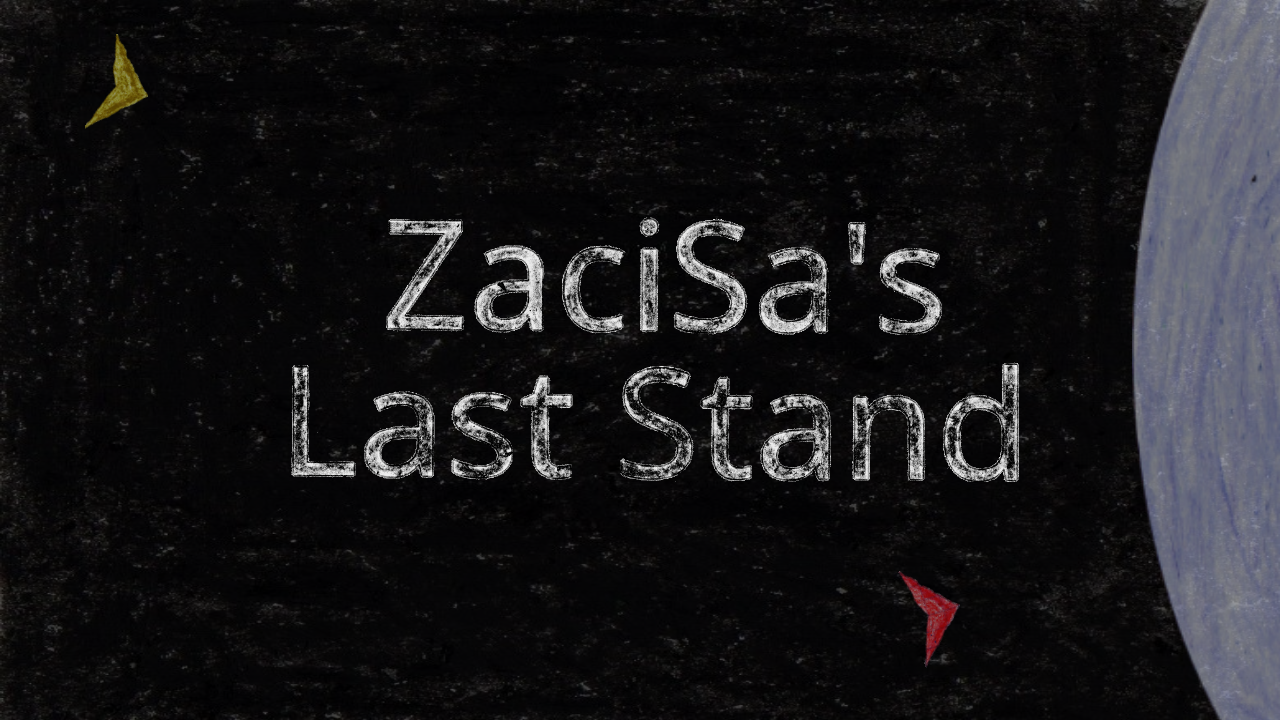 I had no clue what I was getting myself into with ZaciSa’s Last Stand. In-fact, I had no idea what the game even looked like. I just blindly took a game that sounded like an adventure. Before you ask, yes, this rogue mentality is how I run my life.

Simply put, ZaciSa’s Last Stand is a 2D tower defense. Players choose from a mix of defensive and offensive Resources to help protect the nucleus/base. 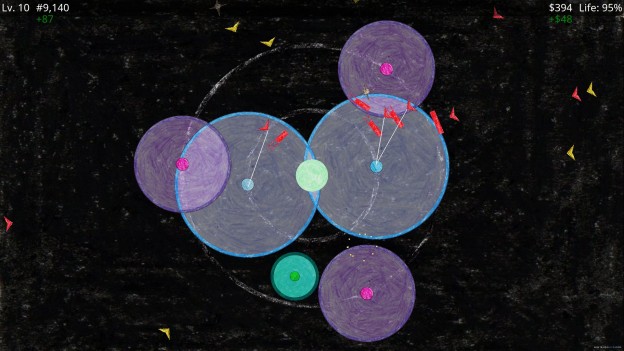 Sentry: Simple bot weapon that fires at a standard speed, range and power at incoming enemies in any direction within it’s range. Like all resources, this can be upgraded. Upgrades include, but not limited to: power, number shot at, range, etc.

Bomber: Powerful bombing bot that has a great outside range and can easily strike down incoming enemies. However it’s slow to fire compared to the Sentry as well as has a blind spot near it’s location where it can’t fire inside of it. Use it wisely.
Cloud: A large range attack vessel that fires very quickly but has little power. Not best to use as your main defense, but helpful in wearing down any and all enemies within it’s large range.

Drone: Unlike the sentry and other bots, this isn’t stationary. This is a mobile bot that travels very fast around the outskirts of the map looking for enemies to take down. It also features a powerful attack at a good speed as well. Expensive, but well worth it.

Helper: Purely defense type, cannot hurt the enemy. But can help slow them down and freeze them in place for a little bit. A good companion bot to help and assist other bots.
Shield: Will add or increase the shield of your base to ensure you last longer. Very helpful to survive another level, but its price goes up every time you use it.

As the Resources take down Asteroid style enemies, players collect money that is used to upgrade one’s Resources: Power, Range, Speed, and more. Players also control each of the Resource priorities. For example, one Bomber Resource’s main objective would focus on the weakest enemy while another would focus on the strongest. This gives the player the ability to build the most efficient space base of all time. 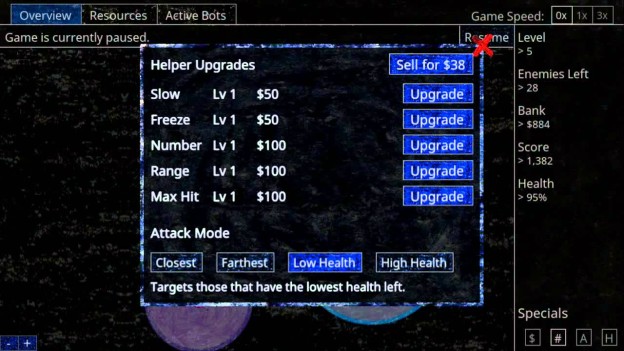 Players can also gain one of four Specials after every level or by taking down one of the Special deployment enemies. The first two Specials are multipliers for money and points. These multipliers can be stacked on each other to gain more during its run. The other two are more for assistance. Atomic will clear the level of all enemies. Health will do what it says and replenish up-to 50% of health.

ZaciSa’s offers different game modes to help grow the experience. The game launched with six different maps that offer a unique experience and strategy. One strategy that worked before would fail miserably on another map. This makes a game with only six levels heavier and meatier. ZaciSa’s also offers Hard and Easy game modes. With the Hard; enemies deal five damage per hit and every five levels a special quick spawning attack occurs. In easy mode; enemies deal four in damage and players start with 25% more base building cash. 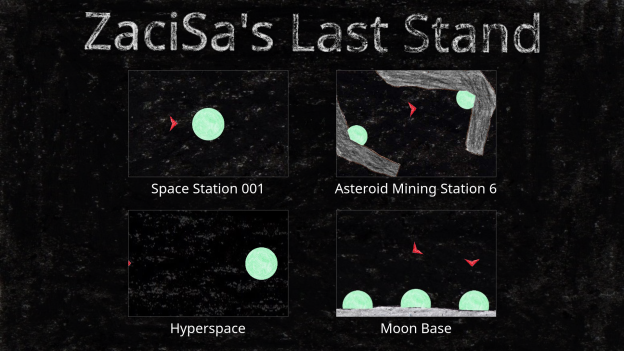 It’s hard to put a score on ZaciSa’s Last Stand. With a price of $2.99 you get what you pay for, a game that is good for small spurts. I dislike the term ‘shovelware’ that some are using for this game. ZaciSa’s is a simplistically charming game that had some thought put into it. At its core the game is very enjoyable, even if I can only enjoy if for short spurts.