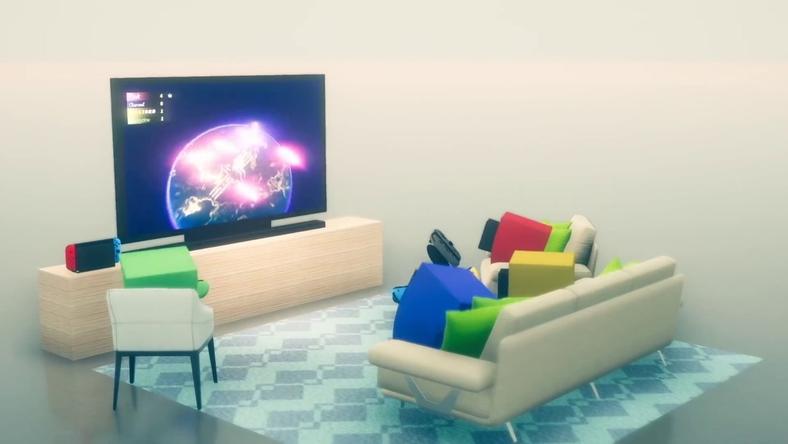 Zarvot is a game about cubes, it’s as simple as that. Or is it? Join protagonist Charcoal and his silly friend, Mustard, as they set out on a mission to assemble the perfect birthday present for their good friend, Red. While this may seem like a simple task for most, the pair find themselves dealing with a lot more trouble than they bargained for. Explore the world inhabited by these adorable little cubes and defeat a variety of enemies on your way to salvage what’s left of your best friend’s birthday.

I was interested in this game because of it’s visual similarities to the Pikmin series. For some reason, it’s kind of fascinating to me when I can explore the world as a tiny creature (or shape in this case). Maybe it’s because I’m so tall in real life? Anyways, these cubes have their own little area where things are scaled to their size, but beyond that is a very interesting, dangerous and beautiful world. The game starts off with a tutorial that is quick and to the point. The A, B, X and Y buttons are used to jump, dash, shoot and deploy some close-range spikes that are great for big groups of enemies. 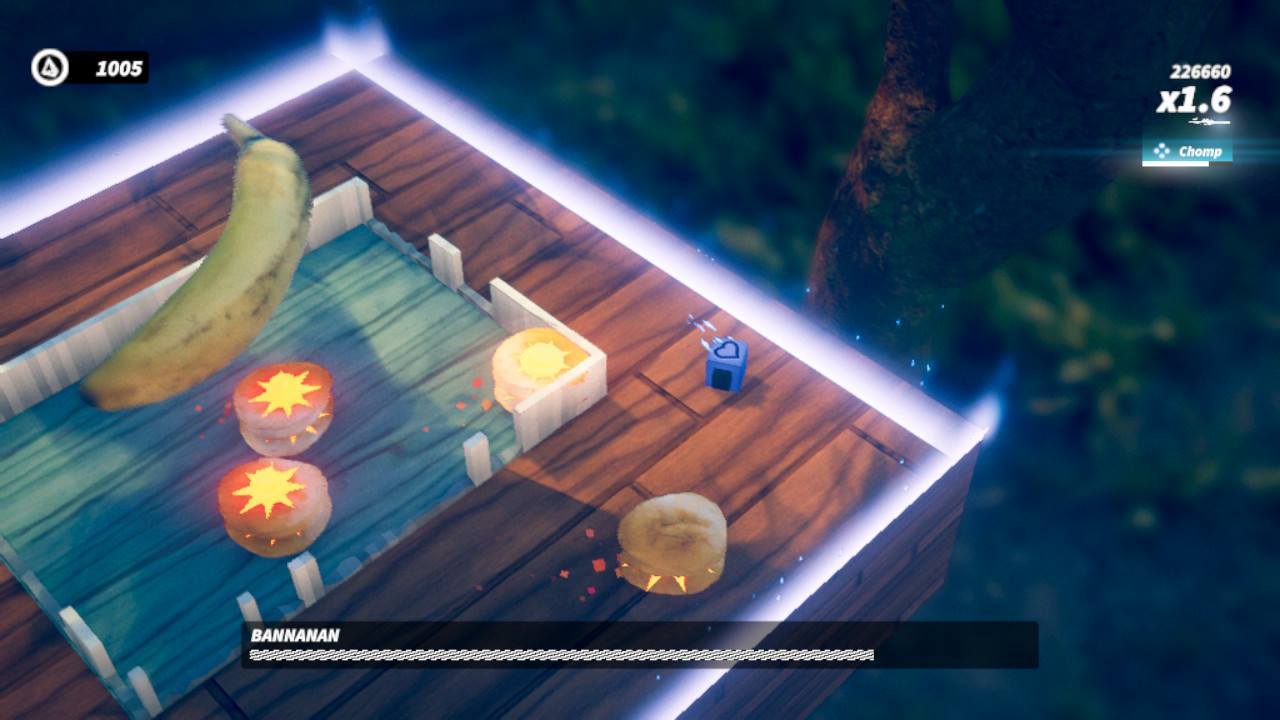 While exploring, you will enter arena-like areas that trigger enemies to appear. They come in waves and once you’ve defeated every wave you can continue on your adventure. Using your attacks too quickly will deplete your character’s stamina. So don’t go crazy and start button mashing, because big groups will swarm all over you during the two seconds you’re not able to attack. When you run out of health you’ll black out and restart from the last save point. Zarvot uses a frequent auto-save feature. So any time you enter a new area you don’t have to worry about losing much progress. 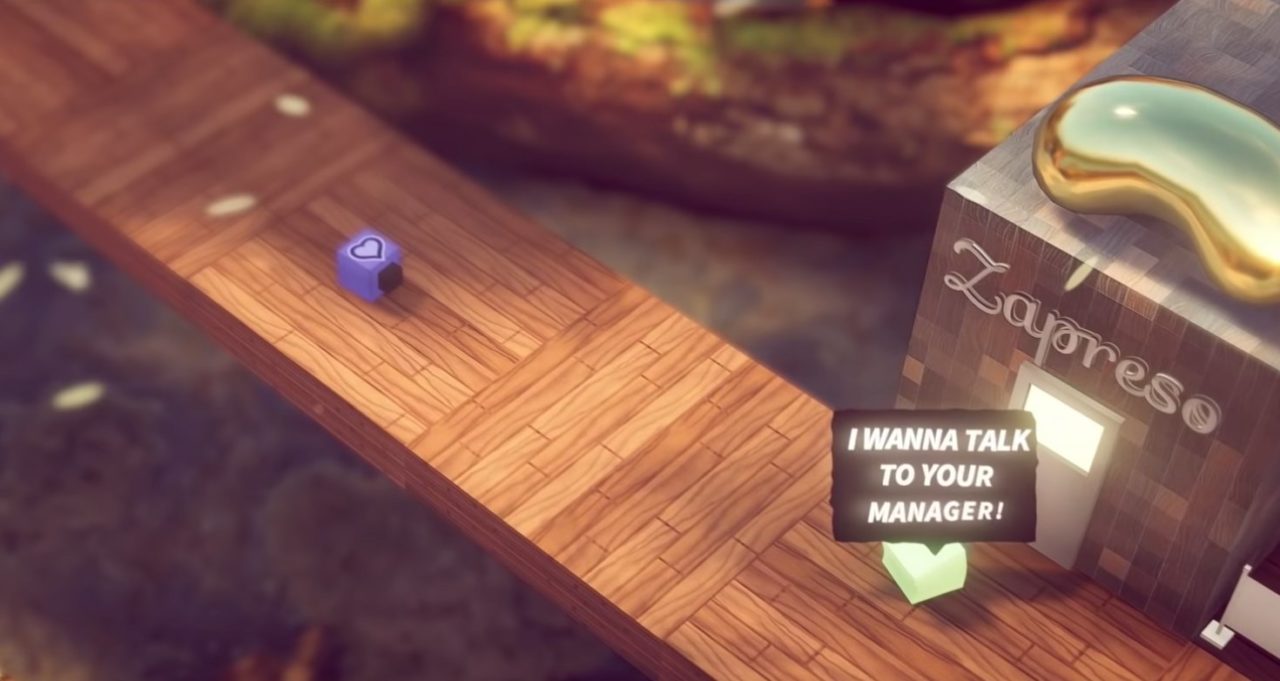 Difficulty-wise, I wouldn’t say that Zarvot is a hard game. There’s definitely some strategy involved with how you need to approach enemy waves and sustain your stamina at the same time. Sometimes, the waves are pretty big and you have 10 or 15 of these little square creatures, spinning and jumping around, shooting everywhere. You can get hit a few times before it’s game over but there’s no real penalty for dying because the game saves so much, which isn’t a complaint on my end. Before completing a chapter you’ll have to fight the boss for that area. These are a lot more interesting and fun than the big waves of enemies. I also found boss battles to be quite manageable, though once in a while they did give me a little challenge. 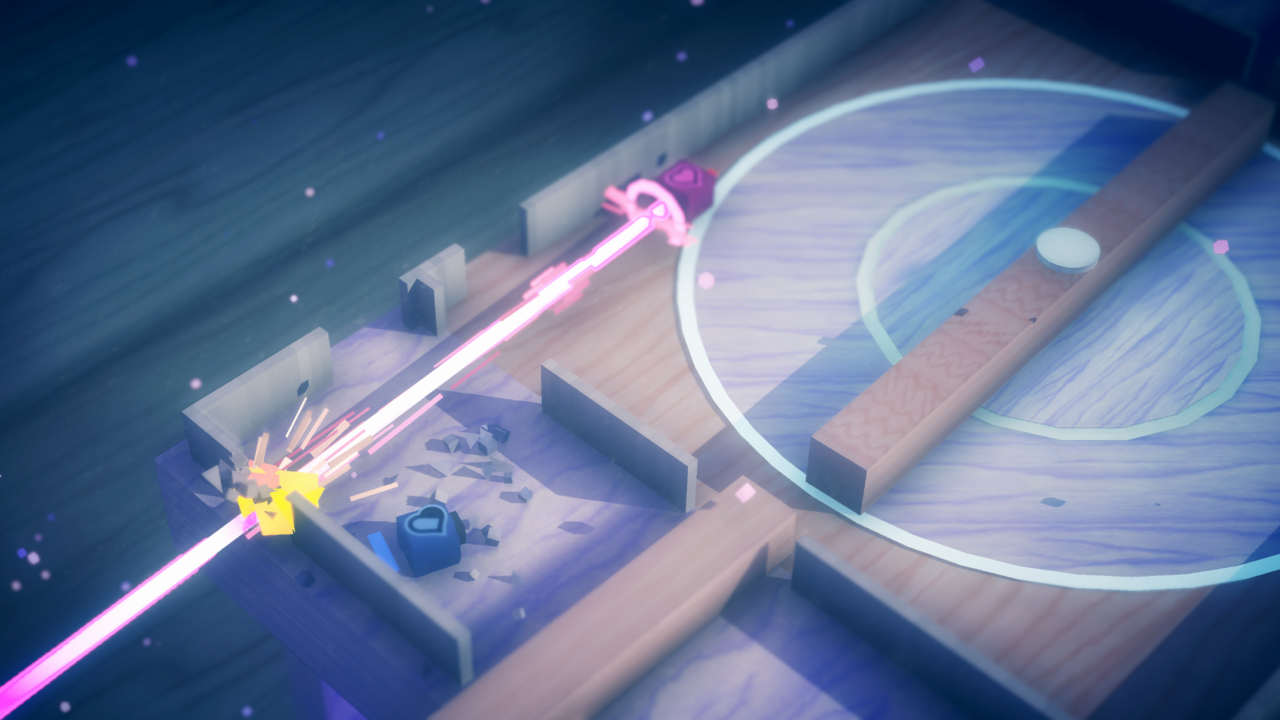 Visually, Zarvot is a great-looking game. Even though the characters are extremely simplistic, the world around them makes up for it with attractive environments and neat little details. I absolutely loved how good the cutscenes looked. There are also some cool level designs and a fun skateboarding mission that I really enjoyed. I did have a few issues with frame rate though. The game looked like it was kind of skipping, like a CD would. This only occurred when there was a lot moving around on the screen, but after a while it started to bother my eyes a little bit. So I’m hoping for a patch to fix that issue soon. The game is also equipped with a pretty good soundtrack so you can enjoy some nice ambient tunes during your adventure. 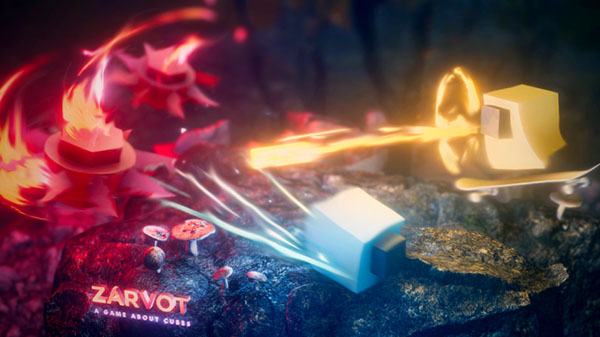 I’m really surprised with how invested I became in these little cubes’ lives. Zarvot really draws you into the story and makes you care about a couple of squares. There is a lot of comical dialogue throughout each chapter of the game, but there are also some serious elements that keep the story grounded and on track. If you don’t want to get into story mode, there’s also a local multiplayer option with a few different game types, plus a solo arcade mode where you can try to earn high scores. Keep in mind the game lacks an online leaderboard, however the arcade mode is still a fun option if you just want something quick to play. 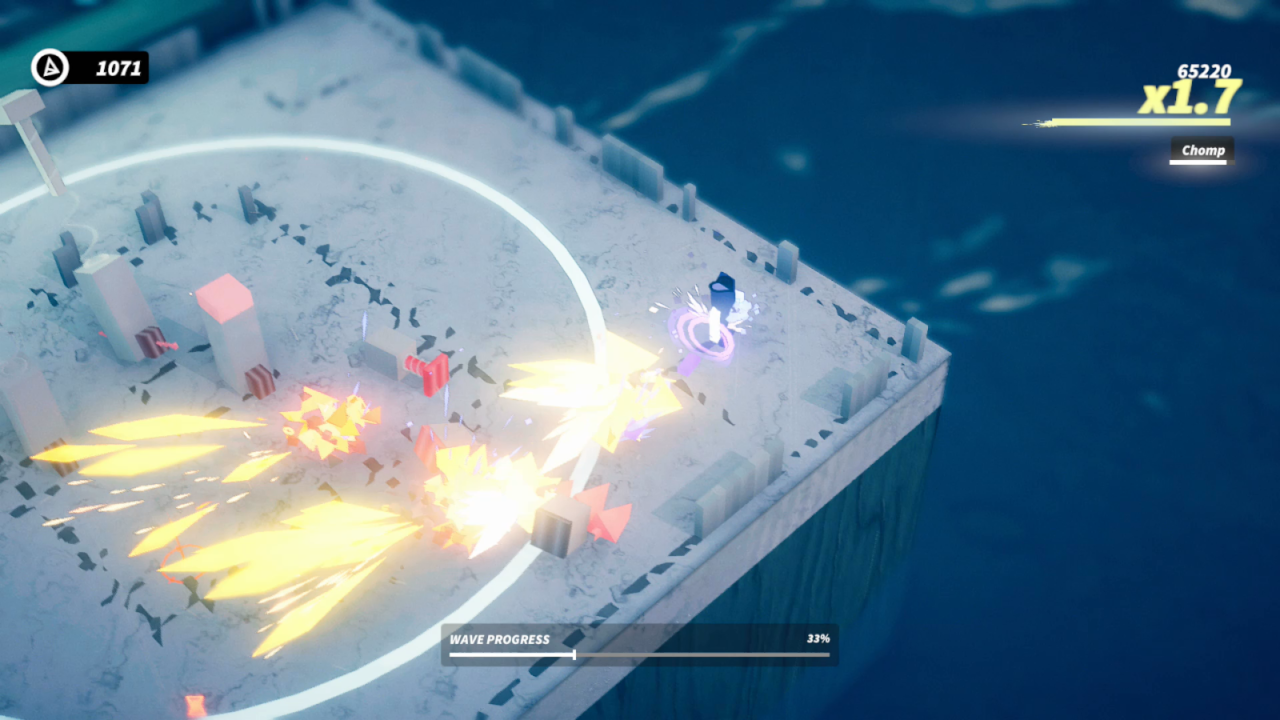 After reading over my review I think I’d have to say Zarvot is a pretty awesome little indie game. I don’t stumble upon many of these that I actually like but I had a lot of fun with this one. I also liked how much effort was put into the characters and storyline, not to mention the overall aesthetics of the game. I definitely recommend checking this one out. Hopefully we can expect a patch to fix the lag issue soon (if so I’ll bump the score up to a 9), but honestly it’s still worth playing regardless.

Zarvot is available on the Nintendo Switch eShop for $19.99.

Zarvot is a pleasant surprise, visually and gameplay wise. I like almost everything about this game besides the small lagging issues I had. If a patch is released soon I would be glad to change my score to a 9.