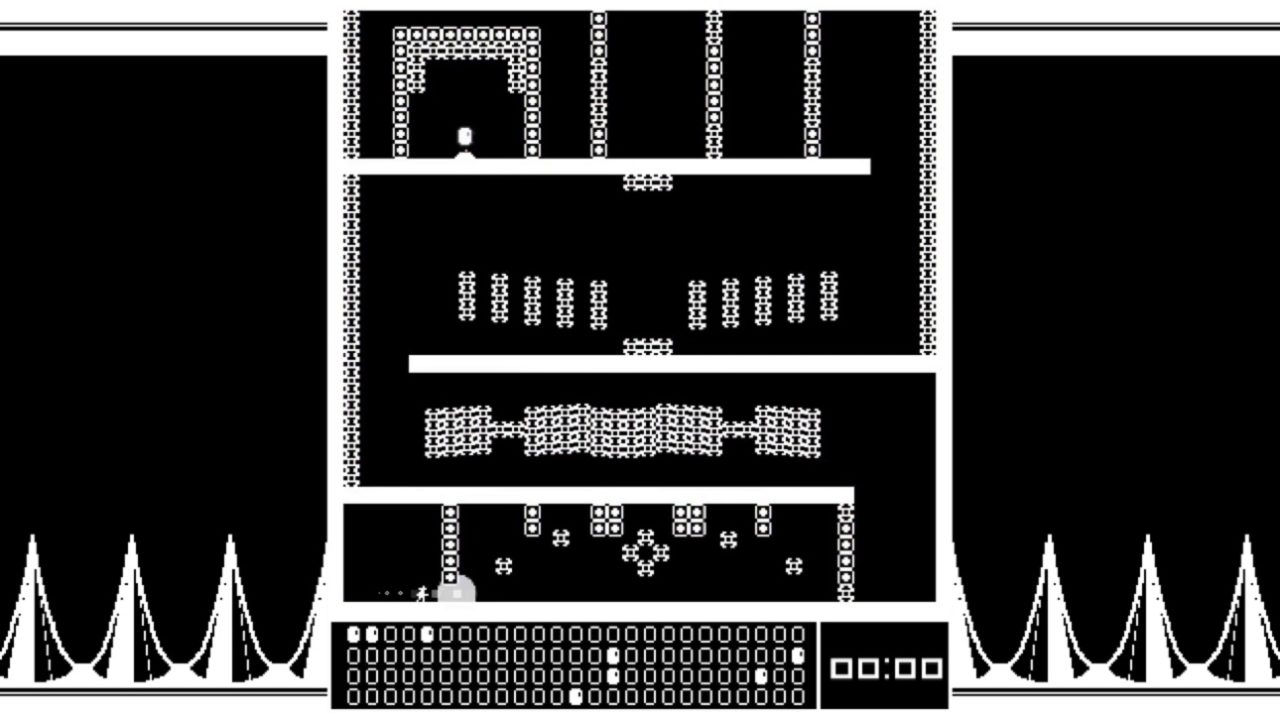 Precision platformers seem to be on an upswing the past few years. Zero Zero Zero Zero (From now on referred to as 0000) is one of the latest to come to the eShop. How does it compare to the competition?

There are 100 levels in 0000, played in a random order, with the goal being to just beat all of them, preferably in as little time as possible. Each level can be beaten anywhere from 5-20 seconds, with the main focus being to use quick thinking to jump, dodge, and shoot enemies; though shooting is a rather odd point to me. Despite the eShop picture prominently showing this guy carrying a gun, you barely ever use it. I’d say maybe twenty percent of the levels have any real use for it, and most of the time it’s just to break blocks. It makes me wonder why it got an E-10 rating, but I guess I’ll add this one to the ‘odd ESRB rating’ pile. 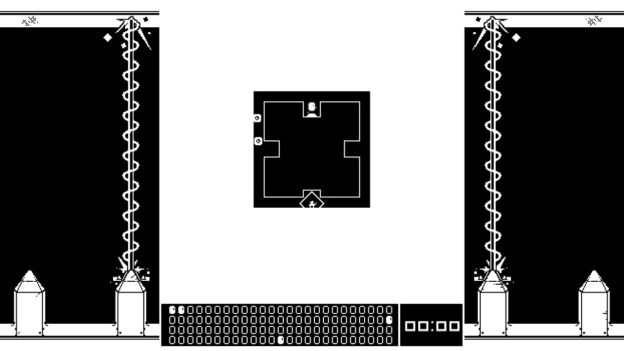 Like a lot of games nowadays, 0000 goes for an old-school look. Claiming in the eShop to be “one-bit” (not sure I’d agree, but okay), the graphics are pixely and only black and white. I don’t think the “one-bit” decision was necessary, it honestly just feels like the dev cheaped out. Also, something about the game’s graphics really bothered my eyes when first playing. I usually play in handheld at around half brightness, but for 0000 I had to turn it down to almost the lowest setting to be comfortable. On the subject of graphics, why do certain levels lag?! I’m pretty sure the Switch can handle these graphics. 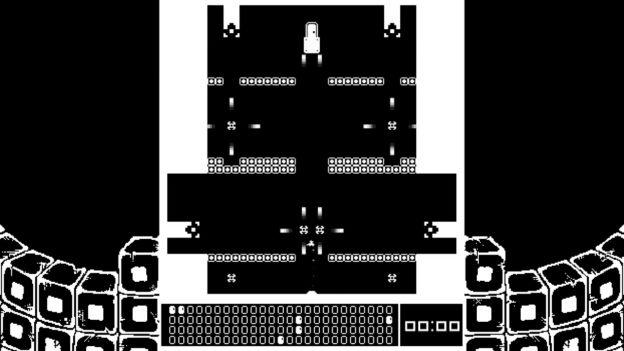 With gameplay taking such a forefront in the genre, precision platformers need to impress here; but 0000 falls short for me. The physics are rather floaty, lacking the precision I’d like. Also, your character is really, really tiny for some reason. Some levels have lots of projectiles flying at you, but I found that half the time I could just jump right through the bullet spray since my hitbox was so minuscule. Being so tiny makes finding myself at the start of each level annoying as well. The level design is really hit or miss too, with the majority of levels just feeling boring to me. 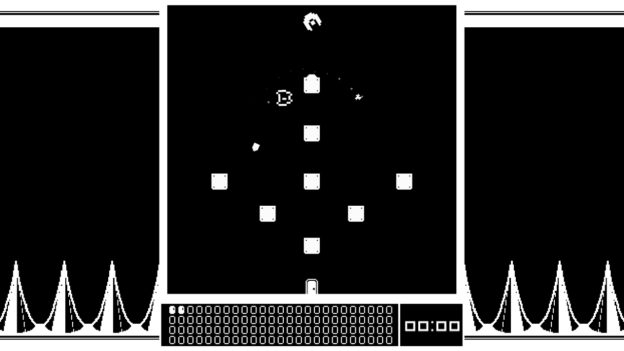 I’ve mentioned quite a few issues I’ve had with 0000, but my biggest problem is that it just feels lacking. Having not been able to shake this feeling while writing this review, I looked the game up on Steam, and sure enough, many features aren’t on the Switch release, like online leaderboards, a level editor, and level sharing! Why strip the game down for the Switch? On the subject of features, the eShop says there’s a ‘Race mode’ where you can compete with a friend, but I don’t see it as an option anywhere. The game is listed as one player on the eShop as well, so either I’m missing something, or they forgot they took that out of the Switch port too. 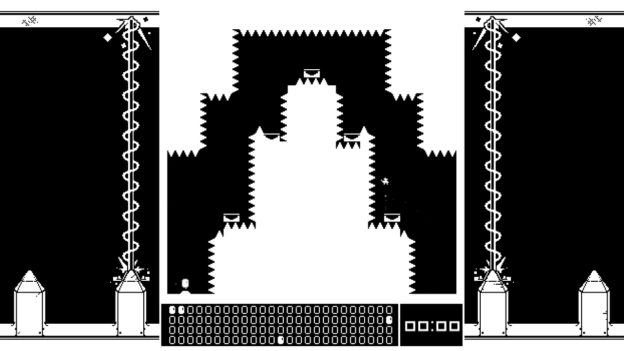 All in all, 0000 disappointed. I didn’t have too much fun playing through it, and I doubt I’ll ever revisit it. If you’re a super-fan of precise platformers, you may find something to like here, but for my money, I’d look elsewhere. On the brighter side, though, playing it got me to play through VVVVVV again, which is still as awesome as ever. 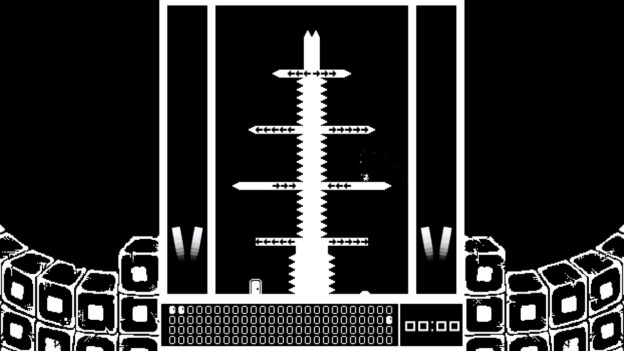 Zero Zero Zero Zero doesn’t have what it takes to compete with its competition. If you like precise platformers, I’d wholeheartedly recommend VVVVVV instead, if you don’t already own it.