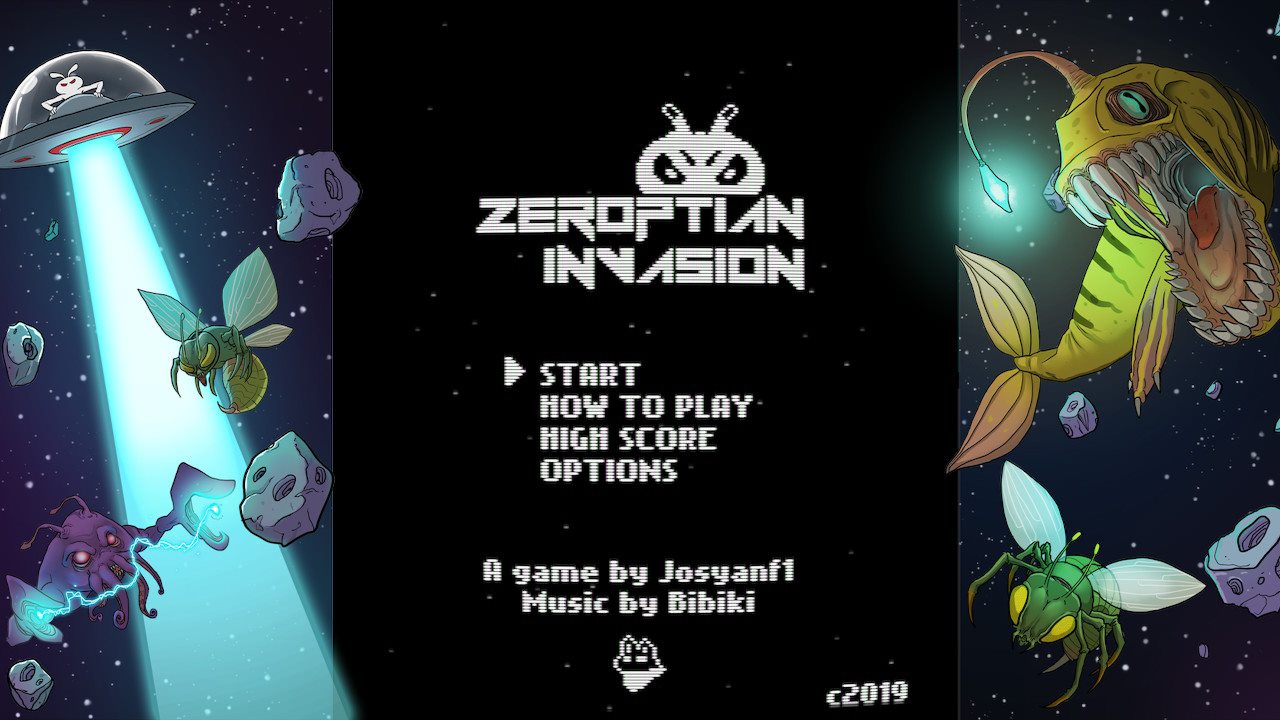 Zeroptian Invasion is an arcade shooter game from Ratalaika Games. Inspired from older arcade shooters, this game is sure to bring back some nostalgia for you. This is a great game to pick up and play whenever you want, though not with ease. 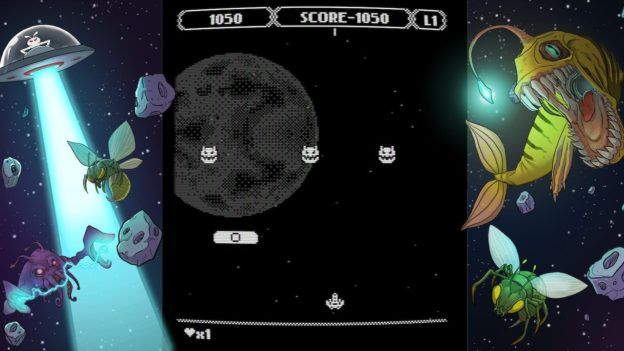 The Zeroptian Invasion has begun and it’s up to you to take out all their UFOs. Inside your tiny spaceship, you head off to the galaxy right into the midst of the evil to defeat the aliens – one at a time. Yes, your spaceship can only shoot off one laser at a time. The UFOs, of course, move, so you need to have pretty good aim and precision timing if you want to hit the aliens.

Some aliens shoot at you in the same manner as you shoot at them, and others shoot heat-seeking lasers. However, they just go in the general direction of where you are. Once they pass your ship, they go off screen. The aliens move in a patterned way, and the more you clear from the screen, the faster they move. 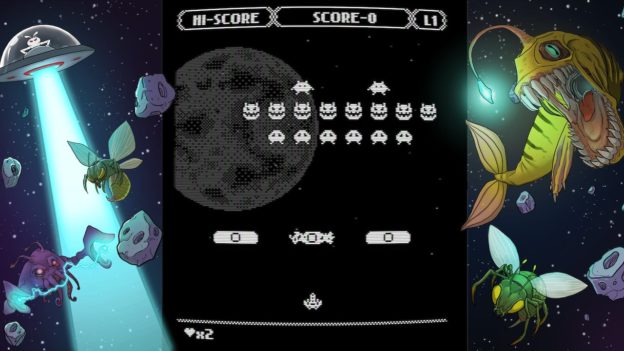 There are different rounds to go through, each having about three levels. The levels aren’t long at all, but they get increasingly hard. On the first few levels, the aliens are fairly easy. The first boss is pretty easy as well. He floats around the stage shooting at you from time to time. Then you come across red aliens that move about the screen quickly, constantly shooting at you. Their boss is a red spider which is pretty tough. The game continues from there getting harder and harder.

Mimicking an arcade game, Zeroptian Invasion keeps track of your high score. The more you shoot aliens and the farther along the game you get, the higher your score goes. However, you only have two hits throughout the whole game. Get hit twice and you lose, having to start back at the beginning. Of course, the game automatically saves after you defeat a boss. This is nice since it’s not one of those how-far-can-you-go games. 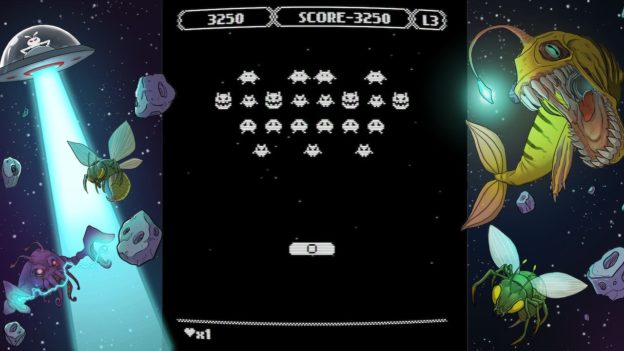 This game is aesthetically pleasing. The pixel art makes you feel as though you’re playing an old school arcade game and the chiptune music is fun to listen to. The controls are easy enough as well since you’re basically just moving and mashing the A button to shoot your lasers. You’ll miss a lot because of the way the aliens move, but you’ll figure it out as you go along. Once you get better at it, the game will get harder. It’s a fun challenge nonetheless.

Zeroptian Invasion is a fun game to pick up and play on the go. The controls are easy and the levels themselves are challenging, making for a good time.