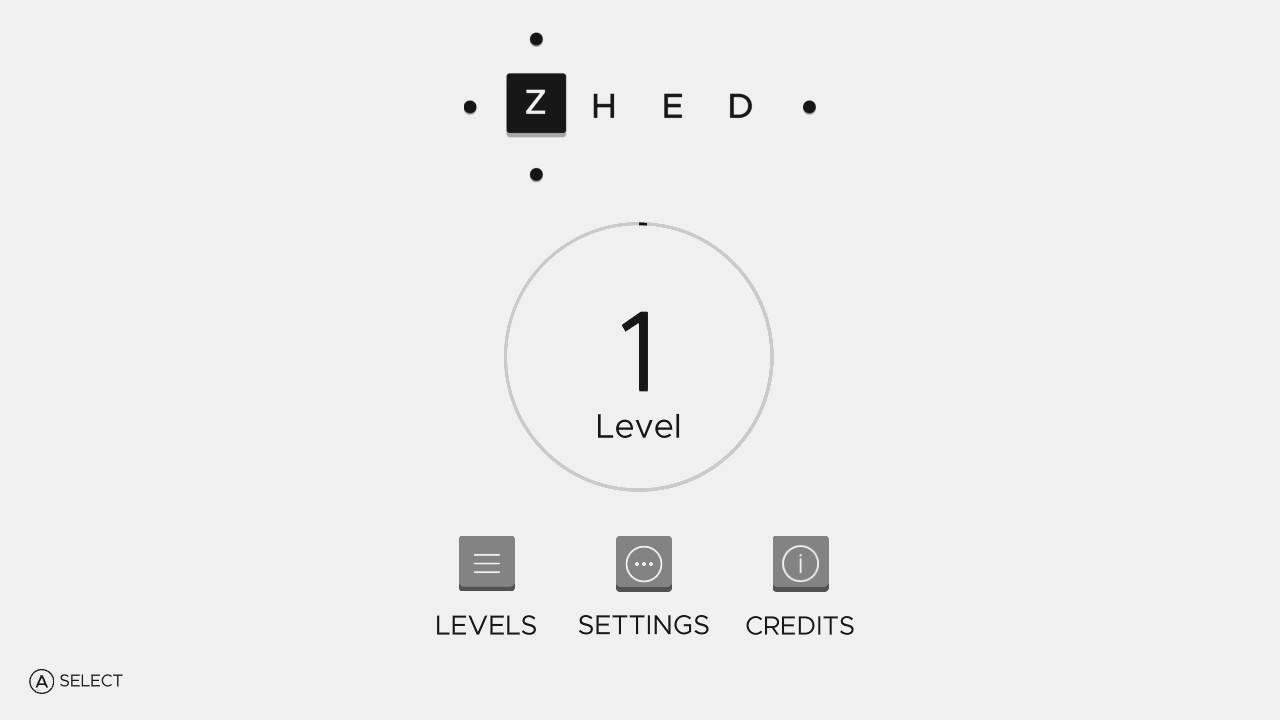 ZHED is a brain-teaser puzzle game from Ground Control Studios. This puzzle game is just the puzzles – no more, no less. There are no timers, move counters or any other sort of pressure aside from solving the puzzles themselves. 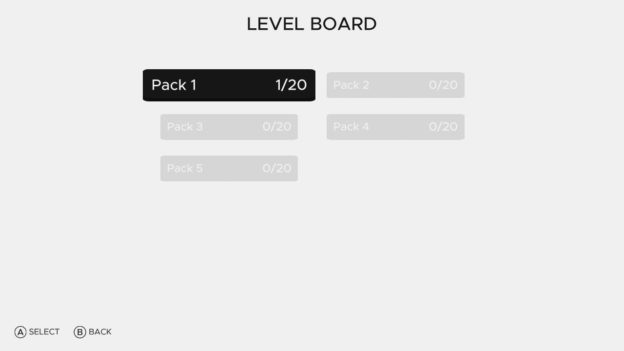 This is a fairly quick game with 100 levels total with five “packs” that each holds 20 puzzles. All the packs are there, but you need to play through level one to unlock level two and so on. There are no achievements or goals. You need to beat every level.

This isn’t necessarily a bad thing. Each puzzle is short though you can get stuck on them for a long time. I would have liked to have a little lee-way to move onto another puzzle when I got stuck on a certain level. Sometimes you need a break and, instead of putting the game down, I would have rather continued my progress and gone back to the original puzzle later. 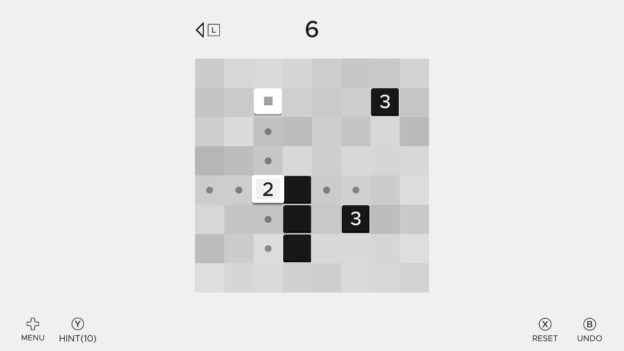 I say this because the gameplay itself is straightforward. You need to create a path to the goal using various squares scattered about the board. Each square has a number on it, and when you click it and move it up, down, left, or right, new squares will appear. For example, if you tap a square with a three on it and tap the left analog stick to the left, three more squares will appear in that direction. Continue this, intersecting all the squares together and create a path to the end goal. I liked how simple the gameplay was since the puzzles increasingly get more complex so you can solely focus on solving the puzzle.

You can play the same level as much as you want. However, if you complete the level and it’s wrong, the same level will restart without any consequences. You can reset the level whenever you want or undo a move if you realized you made a mistake. Also, hints are earned whenever you complete a level and, since the first few levels are fairly easy, you can build up a nice queue of hints for later. 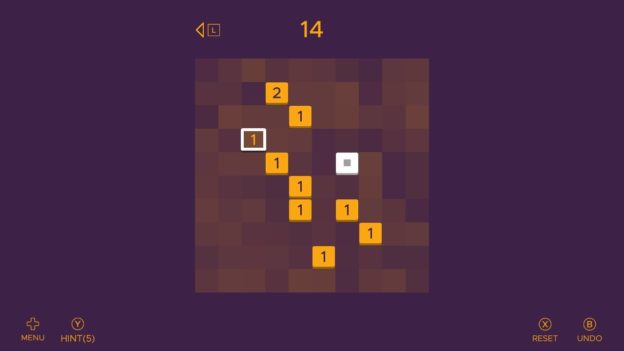 I will say, it’s easy to use up all your hints quickly. There weren’t any levels where I got stuck on for a long time, but I had trouble with levels 30 through 39. I don’t know what it was about those levels, or why the game seemed easier to me after that, but I blew through my hints fast. Aside from earning a hint when completing a puzzle, there were no other ways to get hints – not that I figured out, anyway. So, due to the difficulty and running out of hints, I was stuck in the 30s for quite a while.

Aside from the main gameplay, there are no tricks or strategy pointers to this game. The difficulty increases through more squares and bigger grids. There’s only one way to solve these puzzles. So, once you’re stuck, you’re stuck for a while. 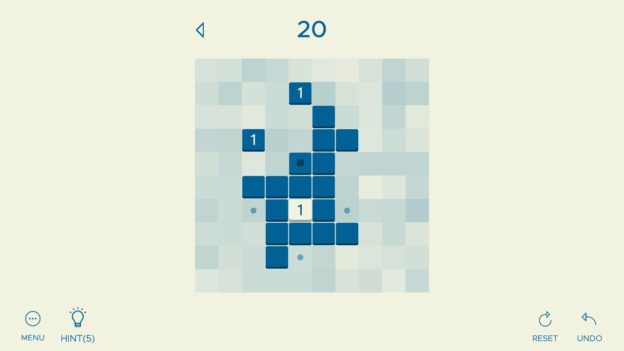 Overall, ZHED is a fun puzzle game that’s relaxing and challenging at the same time. The colors for the board and squares change once in a while. The grids increase in size as well so it sometimes made the board harder to see depending on the size and color though it was never too difficult to figure it out. The music was relaxing as well, even though it was the same song on a loop throughout.

ZHED is a unique puzzle game with simple mechanics and challenging brain-teasers for an overall relaxing time.