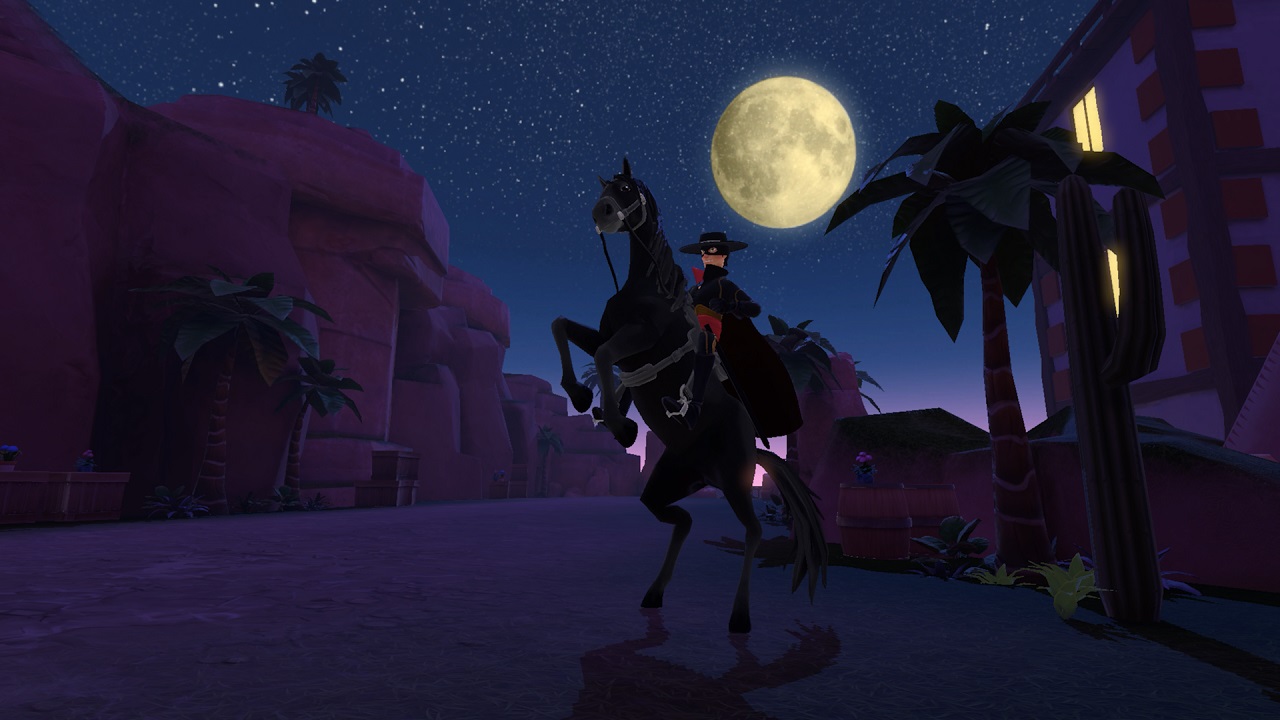 By Kirstie Summers  •  3 months ago

The companion game to the show, Zorro The Chronicles is a child-friendly hack-and-slash adventure. The game reimagines the legend of Zorro through a series of 18 missions you undertake to liberate the people of California from Sergeant Garcia’s army.

The game begins with a brief cutscene then plunges you immediately into the first mission. This choice makes sense, largely because it’s a safe assumption that most people playing it will be children who enjoy the show. Even if you haven’t seen it, you’ll figure out what’s going on easily with a passing knowledge of the Zorro folklore.

The 18 missions forge a narrative, with the completion of each revealing clues that unlock the next. This gives Zorro The Chronicles a sense of progression as the stakes build with each mission. 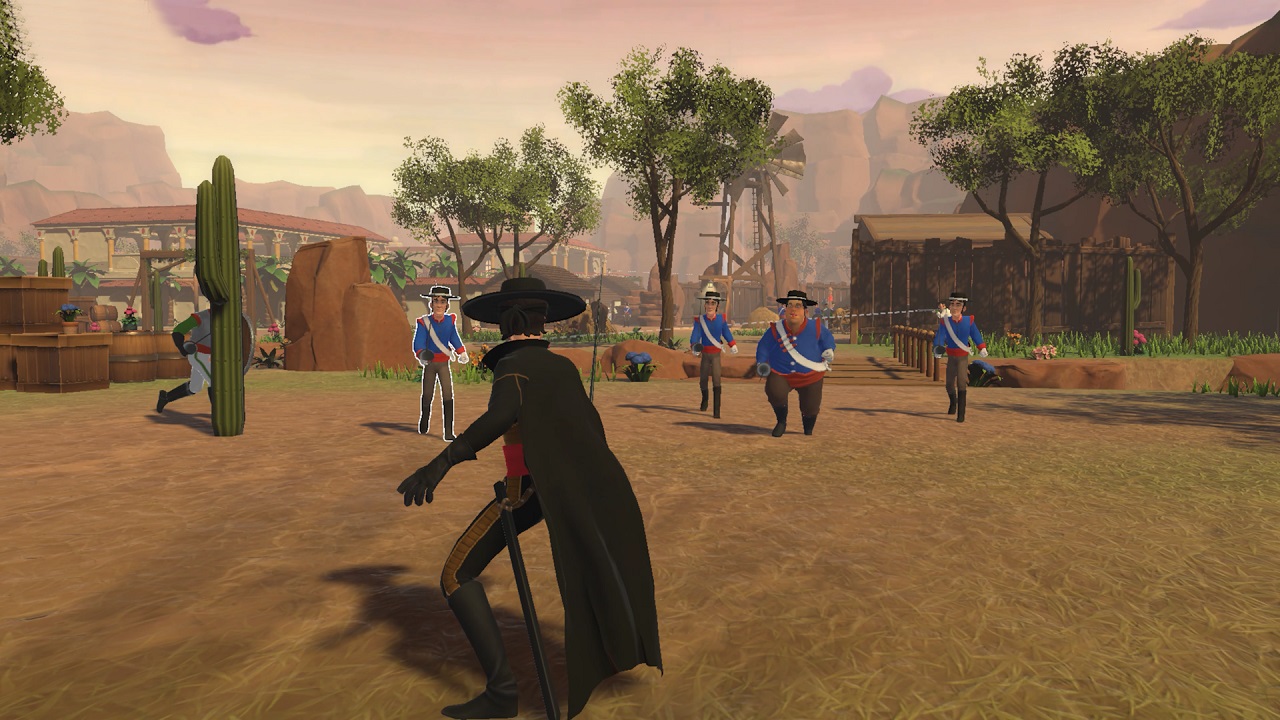 You can choose to don the Zorro mask and cape as either Diego or Ines de la Vega. Diego begins each mission with more strength, while Ines has more life. The difference it makes to the gameplay is minimal, especially as the two characters share the skills you invest in as you progress. But it’s still nice to see Ines given a proactive role in the masked vigilante’s antics.

You can go back and replay each mission as often as you like, and the game gives you plenty of reasons to do so. In each one, you are offered bonus points for performing certain tasks outside of the main goal. These include using the environment in various ways to take out the guards, using certain special moves and putting up posters around town mocking Sergeant Garcia. Each mission also offers two starting points, tailored toward a stealth or combat approach respectively. 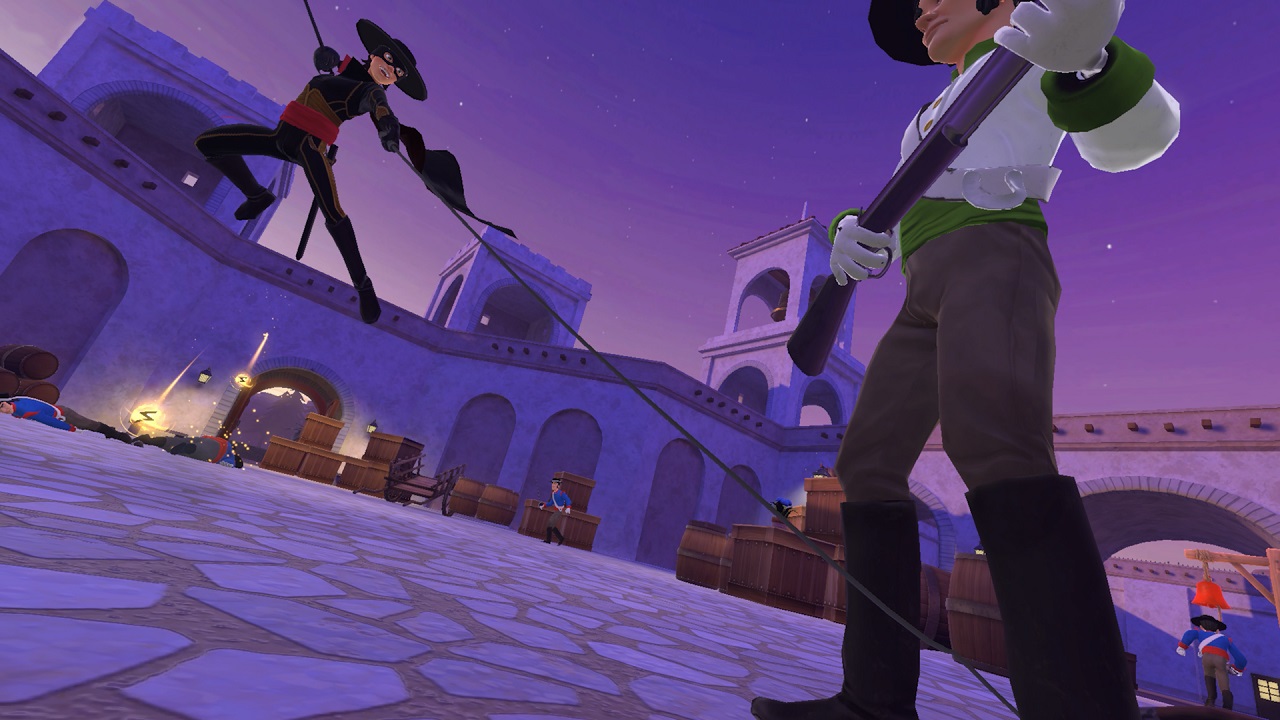 The gameplay and controls are simple. You sneak around buildings, use your whip to scale walls and battle guards to reclaim ill-gotten taxes and free prisoners. It’s easy to button-mash your way through near enough every mission.

I think the simplicity of it is only fair because it is aimed at children. This is very obviously reflected in the game’s sense of humor and approach to violence. There is no visible blood. If you run out of health, rather than dying, you flee in a cloud of smoke. The guards you defeat with your sword lay dazed on the ground with stars swirling above their heads. You can knock them off balconies and they just dangle there. (I spent far too long trying to stamp on their fingers so they would fall off, thinking they might climb back up and attack.) One of your special moves involves cutting the trousers off a guard to expose his frilly underwear. 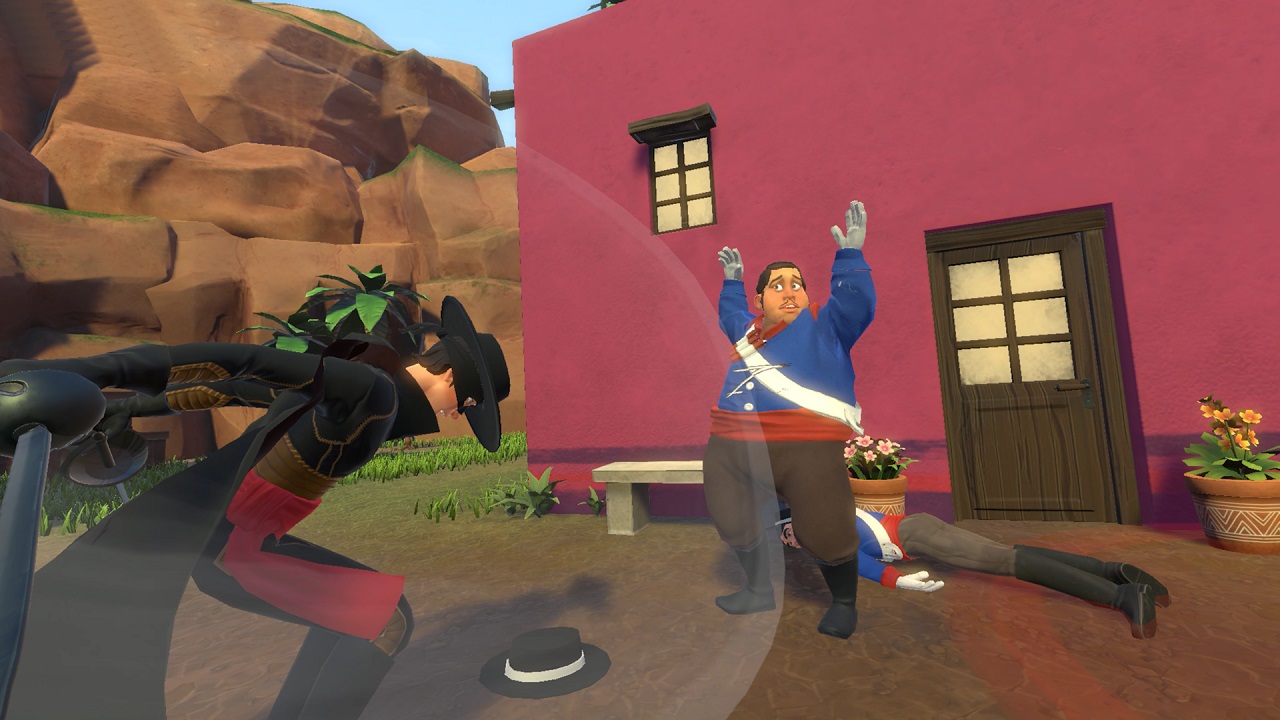 With this context in mind, Zorro The Chronicles does a lot of what it sets out to achieve. It’s not the deepest or most complex game you’ll ever play, but neither is it designed to be. It’s a beginner game for kids to feel more immersed in the world of a TV show. It’s still a bit on the pricey side for what it is, but it does a decent job of introducing action gaming to children who will graduate to more involved titles.

A sanitized retelling of the legend of Zorro with simple controls and an innocent sense of humor that largely achieves its goals as a companion game to the new cartoon.