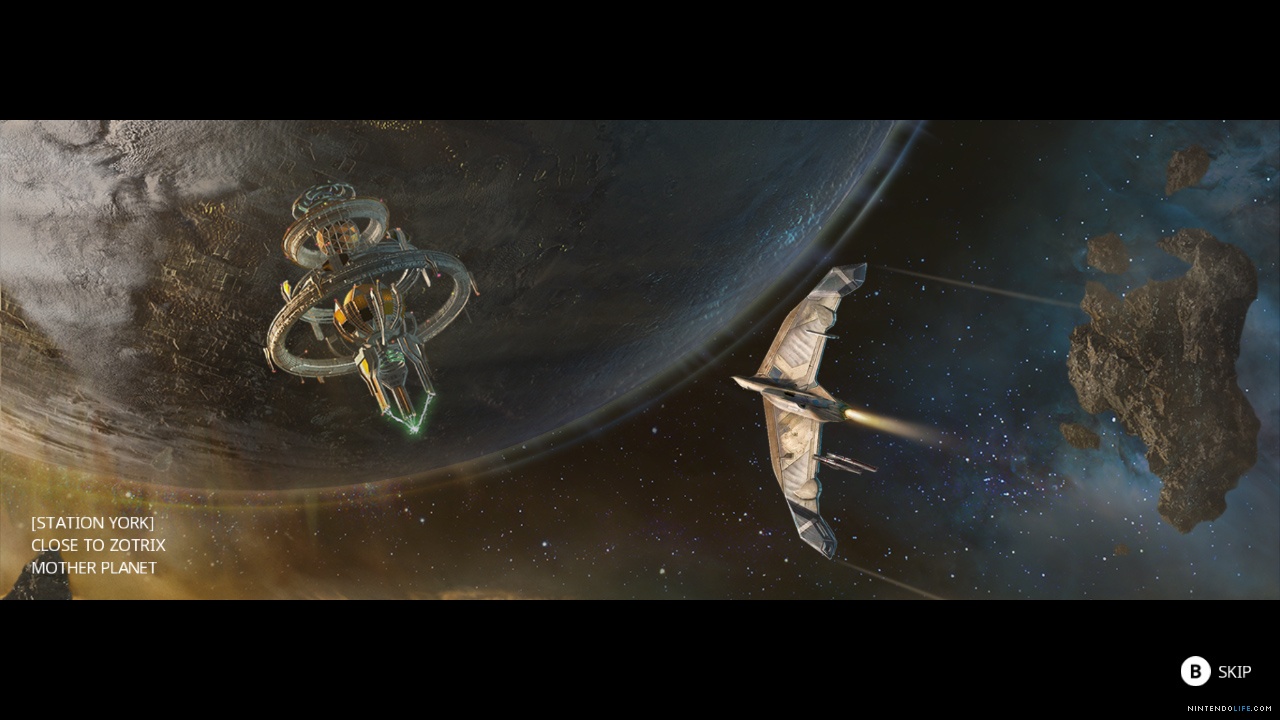 Many tower defense games offer very little in story, however Zotrix does start out with of a small but semi-interesting story. There was a distress call from York Asteroid Station. You are the only available Solar Division to go find out what happened to York Station and its crew. The station was near planet Zotrix and there are no readings of alive humans left in the station. You find out it has been invaded by the nearby planet’s inhabitants.

The gameplay is predominantly like any other tower defense game that I have ever played. The goal being to stop the wave of invaders from reaching the end of their path. If they reach the end of the path, it causes damage to the structure you are trying to protect. The gameplay is sometimes mixed up by making the protected structure be in the middle of the map. In other maps the protected structure was moving along the map. Some missions you just have to keep the structures intact for a given amount of time. There are also 45 different missions and if you play in classic mode you can see where you stack up. 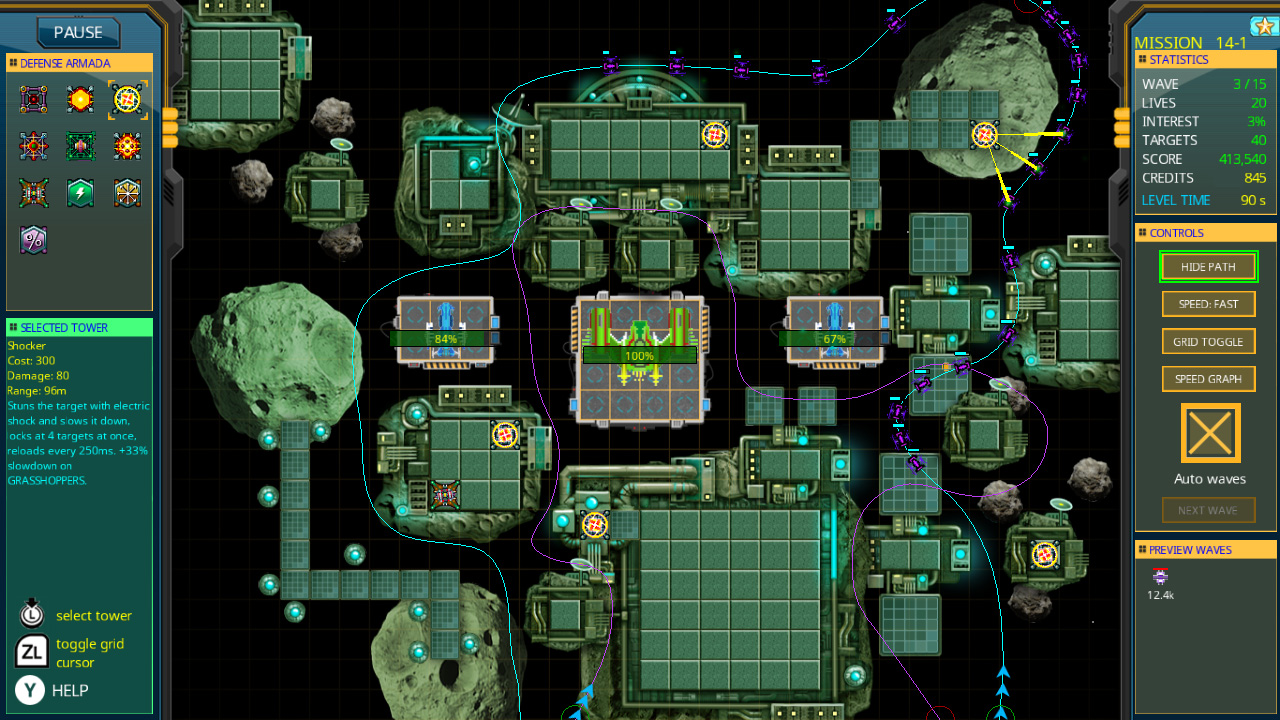 In another effort to stand out from other tower defense games, 6 different challenge modes are offered. Classic, all towers on, reversal, limited towers, max credits and endless. There is also an easy, normal and hard mode for each level. Playing each level in each mode can add a fair amount of game variety to each level. Playing the game in classic mode offers a chance to view online rankings, allowing the player to see where they stack up against other players. 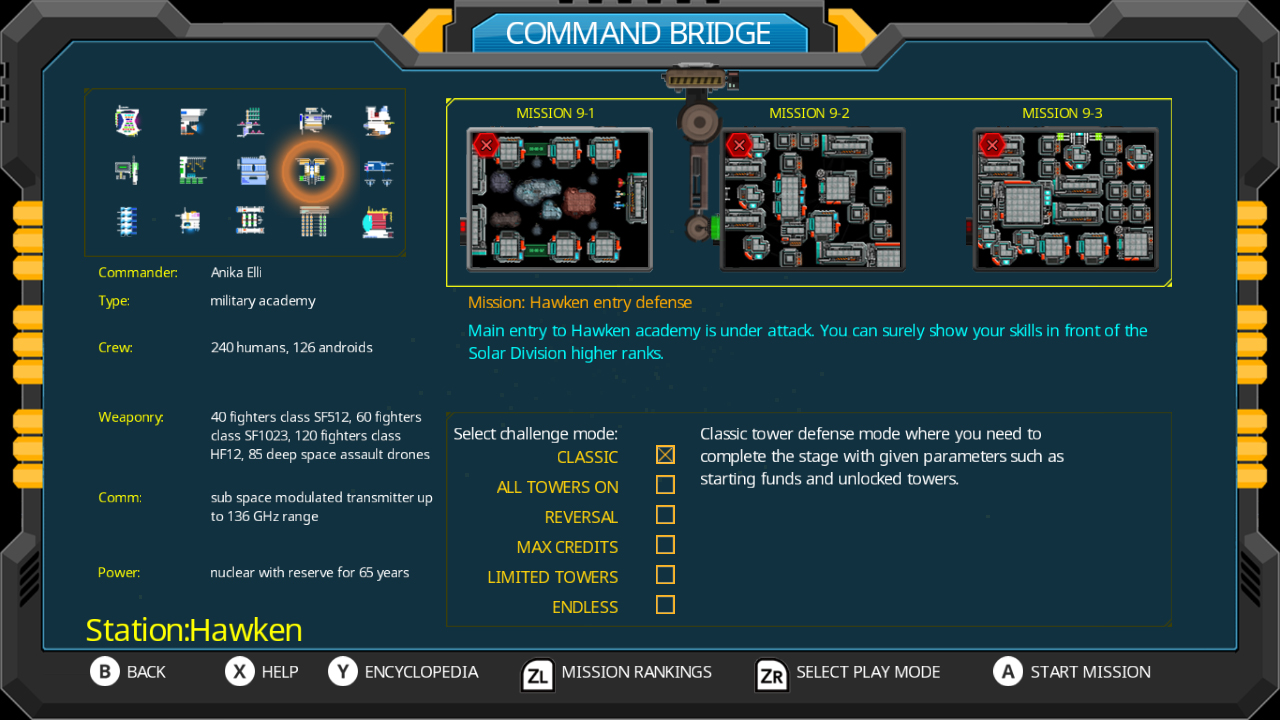 Another interesting way the game showed original concepts from other tower defense games was the ability to have a moving drone that would patrol from point to point. The disadvantages of this drone was that it moved at a rather slow pace as well as take up two places that could have been a tower spot.

During battle, you further base the battle around your skill by controlling the waves of enemies. Options like “auto waves” can be selected and turned off/on during gameplay. You can also adjust the speed of each wave between normal and fast. 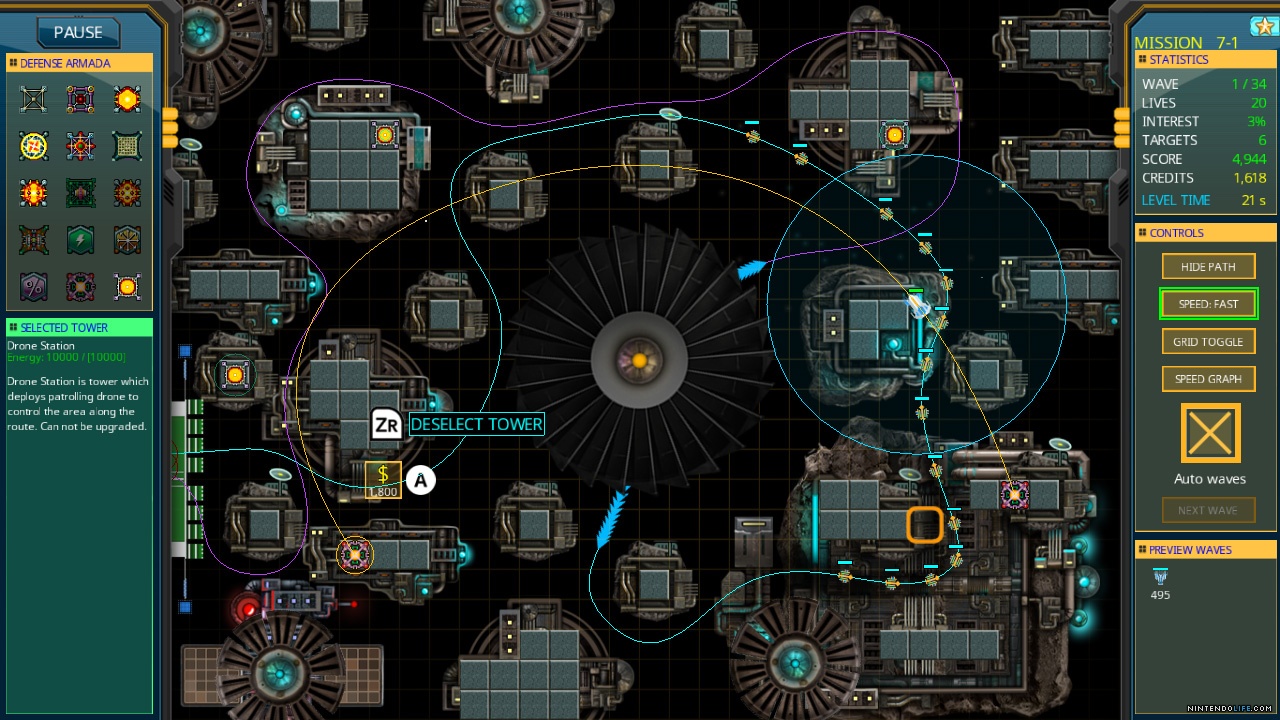 There are 15 different types of towers to choose from. On the left side of the screen you can read what each tower does and its stats. Stats such as fire rate, damage range and cost. Each tower can be upgraded up to 3 times. Due to the variety in defense towers, there certainly is a lot of strategic options to choose from. Different strategies in the game are due to differences within stages and some stages do not offer all towers.

I must admit my time with Tower defense games is limited. I have tried to play them on my phone but usually lose interest rather quickly and uninstall the software. Zotrix: Solar Division does a nice job of keeping things fresh and interesting, by offering up several different gameplay options as well as different conditions for winning.

Zotrix: Solar Division does a nice job of keeping things fresh and interesting, by offering up several different gameplay options as well as different conditions for winning.