“Imagine it. Build it. Drive your train through it.”

Builder is the key word in the title of Big John Games latest 3DS eShop release.  You’ll build trains, build tracks, and build the cities they reside in.  Creative types and sandbox fans definitely should take note, though the learning curve for this simulation might give some pause. 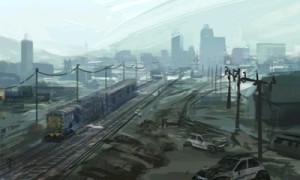 Story is the first mode you should familiarize yourself with.  By the developers own admission it’s secondary to the “core” creative mode, but its 16 missions will let you get a sense of certain things as you explore a future where trains are the main means of transport.  It’s got varied objectives, but I admit to not being excited about the timed levels.  I do like the challenge, and satisfaction that comes from successful completion.  However they just don’t feel like they fit in with the atmosphere I was expecting.  I think of model trains more as a hobby to dabble with, something time restrictions seem to work against. 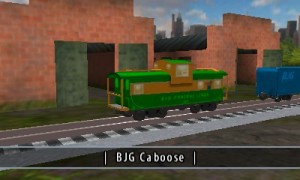 When it comes to creation, assembling your train is the most user friendly experience to start with.  There’s a good number of cars to pick from, and you can quickly customize their colors and placement.  Designing a track and adding scenery proves more complex.  The extrinsic setup has you juggling between the top and bottom screens, through multiple menus, for a range functions.  I also find certain screens slightly cramped with unclear icons, making me wonder how much better a title like this might be if played on the larger Wii U GamePad. The lack of a tutorial weakens the package.

I feel any complexities and confusion would be far less an issue with a proper tutorial.  To be clear, everything is totally functional.  I’ve found no annoying glitches or bugs.  And the manual is very detailed.  Nevertheless I do not think this compensates for a tutorial’s absence.  If I recall correctly, BJG’s Coaster Creator 3D had similar observations from critics.  There’s no shame in a good tutorial.  In fact for a game of this nature, a legit tutorial really should be considered a must.

3D features distinctly in the title, and the effects certainly emphasize it in positive fashion.  I feel like I’m peering into the living world of Lionel Valley, much like Lisa in The Simpsons episode “Genesis Tub”.  The 3D is incorporated quite effectively.  It’s fun to sit back for a few minutes at a time and just watch the trains running.  The 8 different camera angles are terrific assets as well.  I enjoy changing them on the fly, even if they’re oddly limited to just the creative mode. 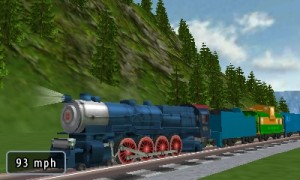 Other notables include sharing your creations via QR codes and achievements.  I hope BJG starts sharing QR codes on their site and social media profiles.  As for achievements, objectives are listed for how to unlock them.  They range in simplicity, but most are basic.  The more difficult to unlock seem to involve time commitments.

I played with trains as a kid, so this package brought back some fond memories.  But while the 3D really impresses me, the lack of a tutorial proves worrying.  This might limit how broad an appeal this title has.  All the same, if you have any interest in trains, the $4.99 introductory price isn’t at all bad for what’s included in Lionel City Builder 3D: Rise of the Rails.

Creative types and sandbox fans definitely should take note, though the learning curve for this simulation might give some pause.