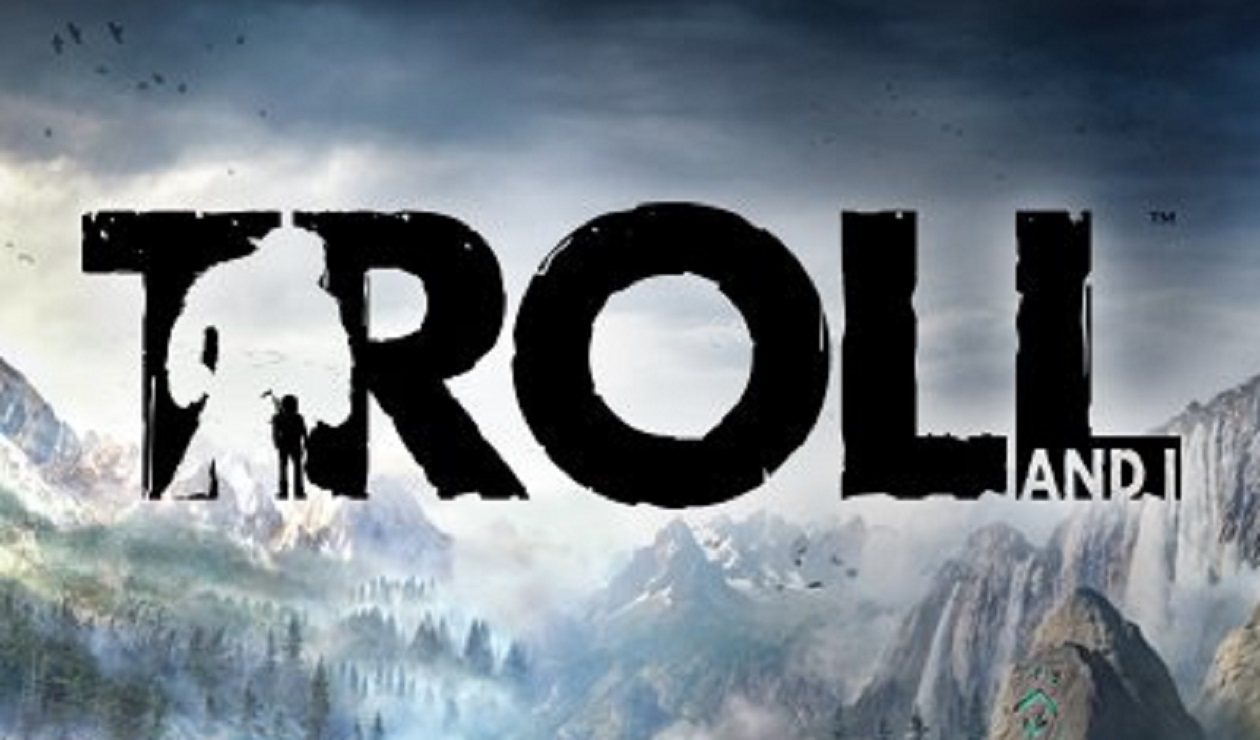 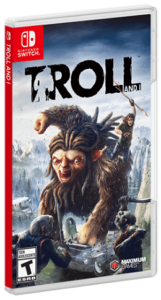 Troll and I is a game I’ve been struggling with for a while now. I’ve decided it’s time for the struggle to end. I’m going to present my impressions on what I’ve experienced, and they’re not favorable. This just isn’t a good game in its current state, sadly.

Taking place in the late 1950s, you initially control a teenager named Otto. When he returns from a hunting trip to find his village in the midst of being destroyed by fire, he flees from the men who caused said fire. This leads to him running into, and befriending the troll. The two of them embark on an adventure where they team up for combat and puzzles.

The troll looks like an egg beater was taken to 80s pop culture. His body is similar to Harry from Harry and the Hendersons. His face looks like E.T. from E.T. the Extra-Terrestrial. Slap on some ears in the shape of “Star Wars” Yoda, and give him Milli Vanilli (or Terrence Trent D’Arby) hair. It’s a bizarre look. 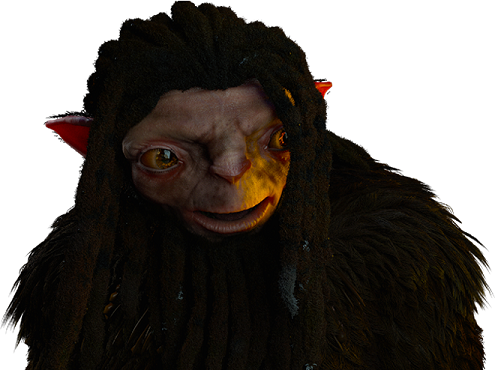 Speaking of looks, I’m not going to really delve into the graphics. I will say that they leave a bad early impression though, with an unfinished look. Bugs lead to odd effects. There’s clipping, odd lighting fluctuations, pixelation, and more. The framerate has issues. Having to fight with the subpar camera doesn’t help.

As for sound, when playing as the s-l-o-w troll, the audio is reminiscent of someone brushing up against a loose speaker wire. The music actually isn’t bad, but too many sections are unscored. Voice acting is okay, but the main character needs more modulation.

The controls aren’t particularly intuitive, and I surprisingly would often forget what did what, having to fumble through the various button combinations and menus. This makes the lack of a digital manual really inexcusable. I had a sequence where I had to jump from platform to platform. It worked about 20% of the time – no exaggeration. 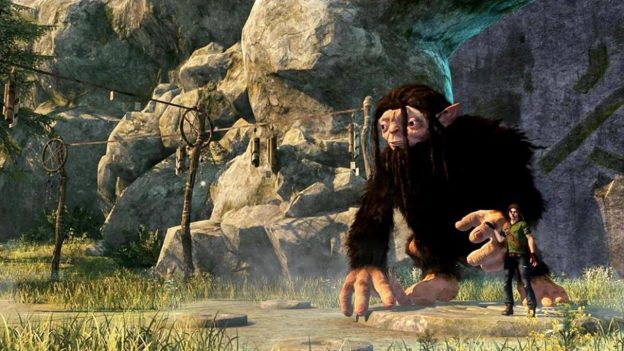 A crafting element seemingly provides some depth, but I found it rather clunky and dull. I had a message remain on the screen to craft a green spear, despite the fact that I’d already made multiple. The fact that it was actually blue that was needed just adds insult to injury. Messages stuck on the screen during this process weren’t uncommon. Everything seems repetitive, crafting and beyond.

You can’t save manually. The auto-save is subpar, as you’ll find out when you fail. I encountered a game breaking glitch, in the first ten minutes no less. Glitches are a recurring feature of this game. A patch (of the already patched game) has lessened a few of these bugs, yet it’s also somehow unleashed new ones.

How does a game this buggy see release? This is a question not just for the developer and publisher either – how did Nintendo pass this through lotcheck? A couple patches are a step in the right direction, but more are needed. 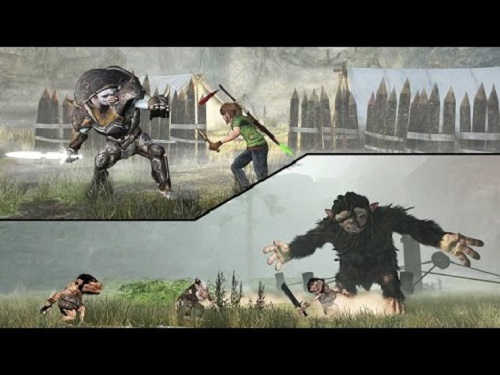 It’s a shame because there are certain things that I admire here. The story seems like it has potential. The buddy gameplay between Otto and the Troll, which can also be tackled cooperatively, seems entertaining under better circumstances. The sheer ambition here definitely hasn’t escaped me either. But there needs to be a certain amount of humility to realize you can’t release a game in this buggy state.

Writing a review like this isn’t fun, but if I save even one reader $40 I’ll consider my job done. I would actually like to revisit this game someday, after it’s further patched to minimize frustrations. Hopefully, all the negative feedback Troll and I has received can be taken constructively and lead to improvements.

How does a game this buggy see release?