Mushroom kingdoms and Poké Balls are all well and good, but even Nintendo gamers occasionally want something a little more…visceral. We’ll get that game a little later this month when RICO is released for Nintendo Switch on March 14th.

Published by Rising Star Games and developed by Ground Shatter, RICO is a buddy-cop shooter inspired by modern action cinema. In other words, expect plenty of bad guys, plenty of bullets, and plenty of doors to kick down. Players will join the elite RICO taskforce, where “they have twenty-four hours to solve a case and bring an end to organized crime.” 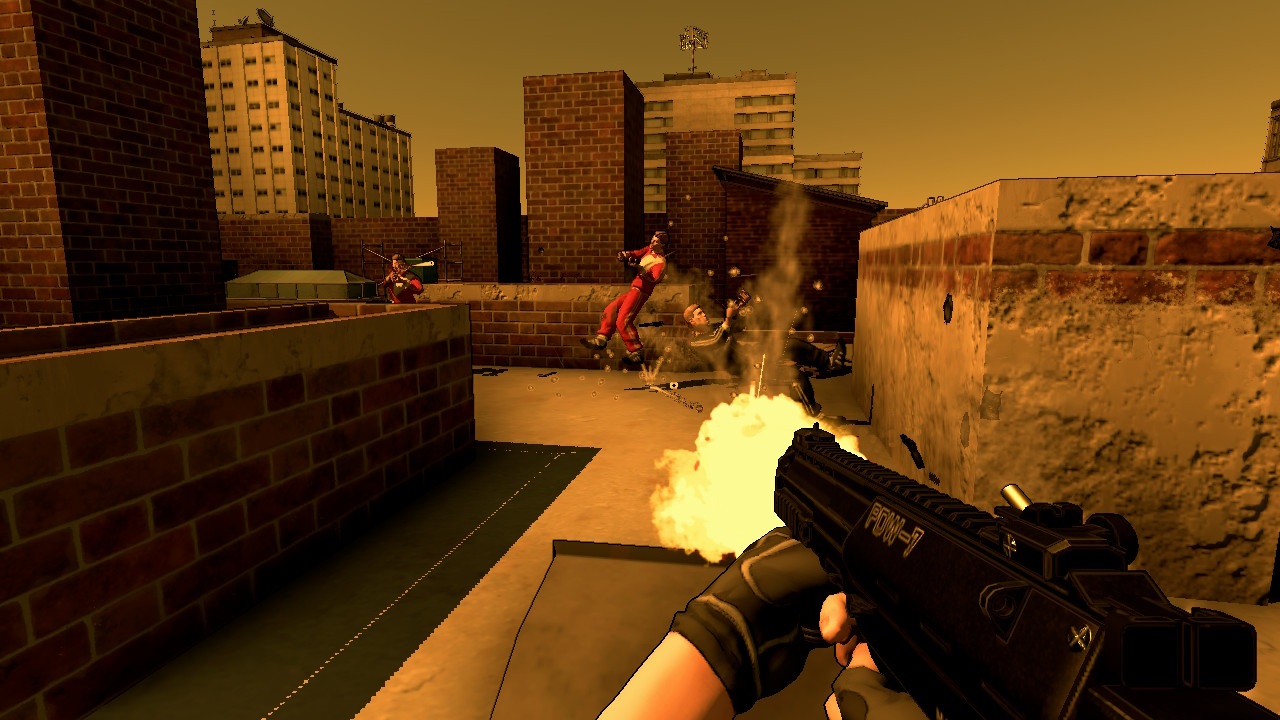 Ending organized crime may sound like quite the chore—especially considering the game’s randomly generated cases, operations, and environments—but you don’t have to do it alone. In RICO, gamers can also team up with a partner in online or local split-screen co-op play.

RICO is an arcade-style tactical shooter where players must react in the moment to shootouts as they unfold, breaching doors, moving from room to room, and unlocking new weapons, traits, and equipment as they seek to bring down the crime bosses in the game’s main case mode. They can also compete against one another with a fixed loadout and on the same level on the Leaderboards of the Daily Play mode.

RICO will be available as a physical release on March 14th. For more information, visit rico-game.com.