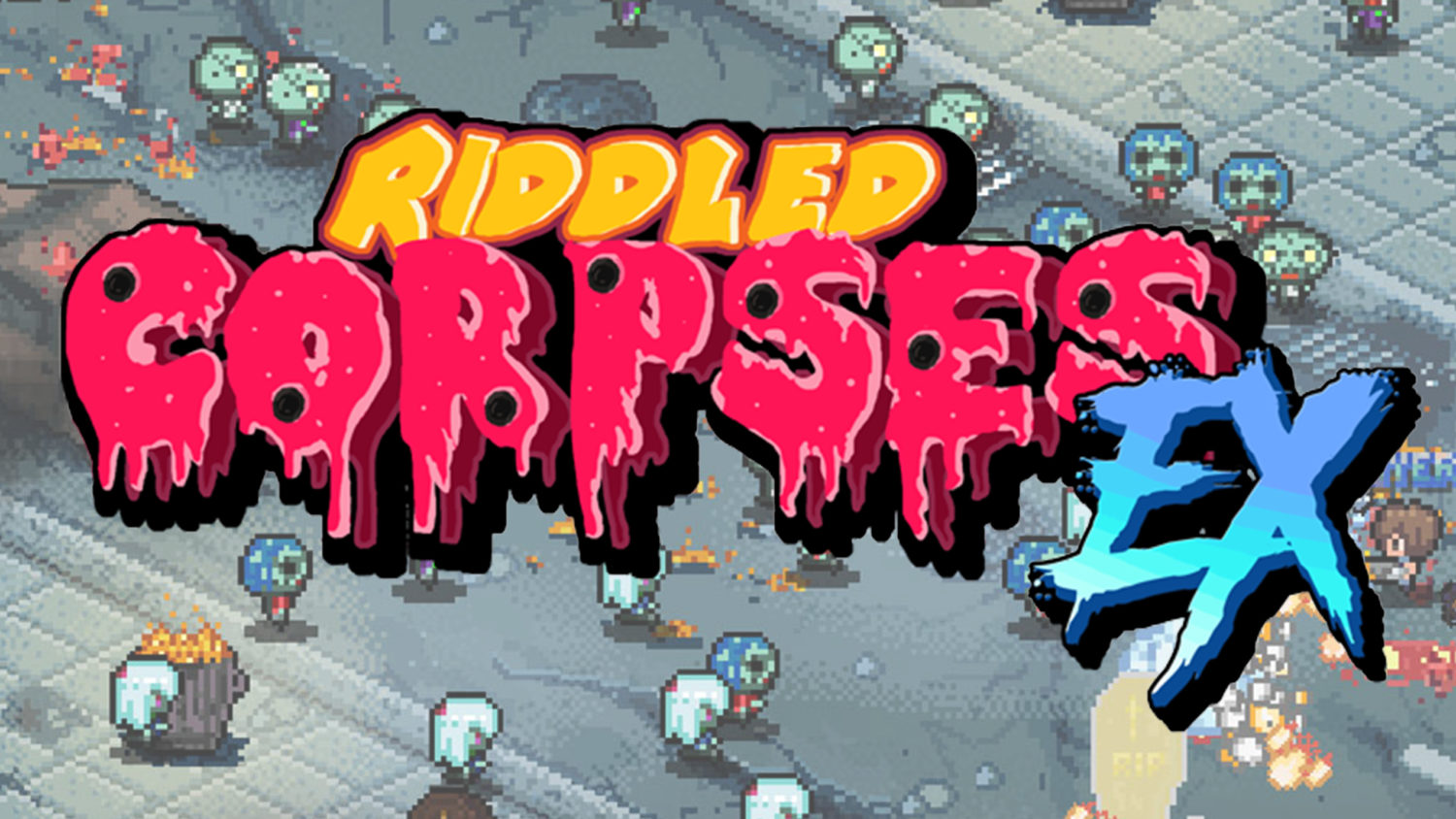 There’s an argument to be made for the Nintendo Switch to be the official at-home arcade system, second only to actually breaking down an arcade cabinet. 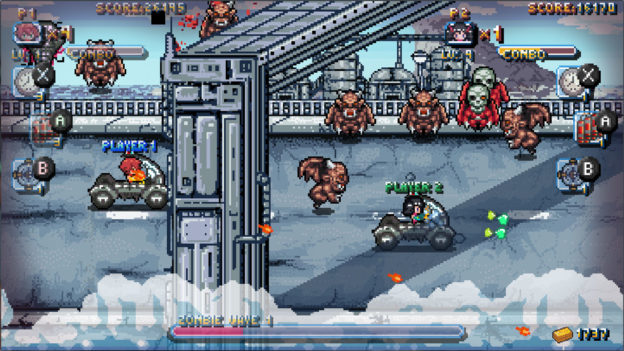 Riddled Corpses EX will look pretty familiar to anyone who’s ever dropped tokens into a standing machine with a joystick and blue and red buttons. It’s a twin-stick shooter that places you in the line of an incoming horde of zombies, with only a single machine gun to protect you. It’s a similar feel to games like Super Smash TV and even Robotron 2084.

Similar, yes. But is Riddle Corpses EX a cheap facsimile? Far from it. Firstly, the game wastes no time with making you sit through a clunky story. There are zombies, and they must be annihilated. This works for me. After selecting start, you’re only seconds away from gunning down the undead.

Controlling your gunner is easy enough. One joystick controls your movement, the other the aim of your weapon. Every once in a while, optional power-ups like time freezes, bombs, and shields pop up to help mix up your attack strategy.

Devising a strategy is difficult, considering how relentless the hordes are. Along with juggling the sheer number of baddies coming at you, there’s also the different kinds of enemies, from rabid dogs to hulking mid-bosses who take far more bullets than your average baddie.

Riddled Corpses EX was pretty difficult from the get-go, but it never punishes you for it. In fact, you’re almost rewarded for jumping back into the fight. Every round you enter you collect gold which you can use to upgrade your character and buy sub-weapons. And if you die, you die with all the gold you collected in any given round. I guess you can take it with you when you’re gone, after all. 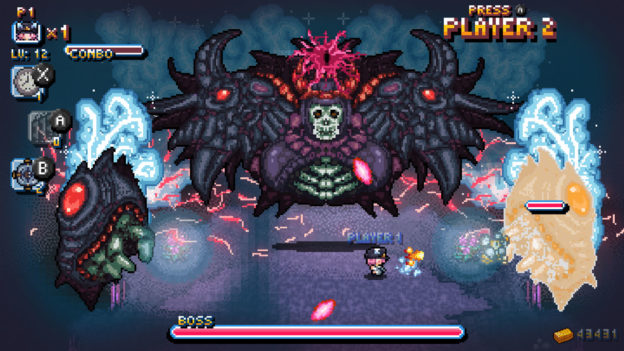 Progression may be slower for those of us who insist on gaming despite being less than stellar at it. But if you stick it out, there are some great boss battles to fight and five characters (six in total) to unlock. And like any zombie game worth its salt, there’s a survival mode to truly test your skills.

Riddled Corpses EX seeks to emulate the twin-stick shooters from the 8 and 16-bit era. However, like any game worth mentioning, Riddled Corpses borrows, but stands out on its own merits. Sprite characters and backgrounds along with quality chiptunes make this arcade shooter a total time warp worth your time.