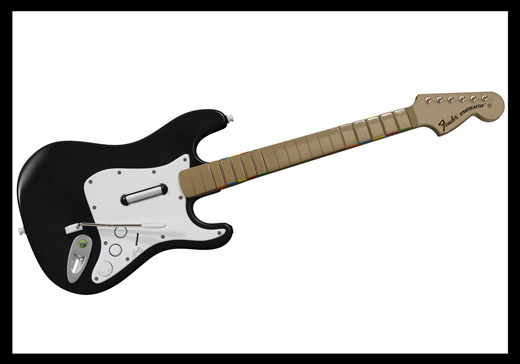 Here it is, the Rock Band Fender Stratocaster. Besides resembling the original Fender Strat, it has multi-colored buttons on the neck that wrap around and include the fret. That means that playing Rock Band not only mimics playing an actual guitar, but this design lets you see what exactly the heck you are pressing. In short: it’s natural. Production hasn’t yet begun apparently, so this must be a near-final prototype. Hope it plays as good as it looks. 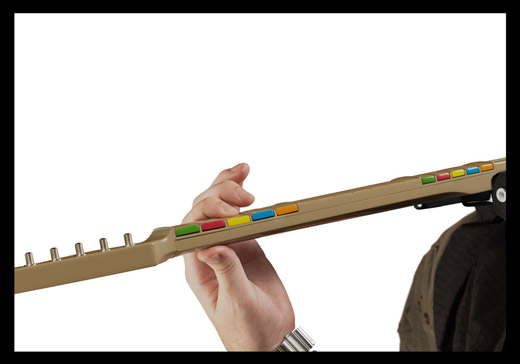 The tag in this says it’s a rumor. The Guitar is not a rumor, this is the guitar. I put rumor on the tag because this game still has not been officially announced for the Wii yet. It has been strongly hinted at.