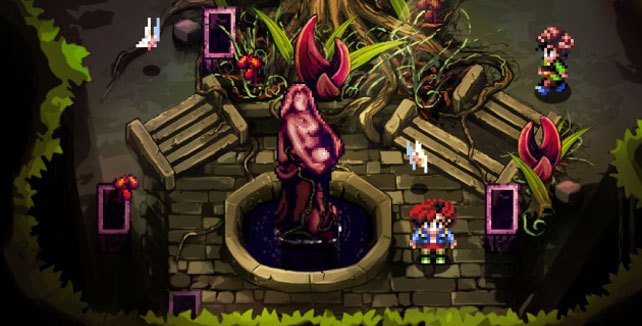 We mentioned last year that Pier Solar was one of many upcoming eShop titles. In an interview with Nintendo Enthusiast, we can now report that developers WaterMelon are hoping to release the classically-inspired RPG this April.

WaterMelon had this to say about the title’s use of the GamePad, its release date, and a possible 3DS version:

On Wii U, we’re definitely putting the second screen to good use, a feature that will be exclusive of that platform — well, maybe not for long if we end up making it to the 3DS, but that’s for later. We planned a few functions for the second screen that will add to the gameplay; I’m sure the Wii U players will enjoy them. We’re hoping to release the game in April.

The Pier Solar trailer below shows the game’s unique blend of HD and pixel graphics, even allowing you to switch between 16-bit and HD graphics for a retro or modern feel.

Originally released in 2010 on the MegaDrive, the Wii U version will be enhanced with major changes to the graphics and soundtrack. There will also be new mini games and  an extended version that includes at least 10 hours of extra gameplay.

Will you be downloading this RPG when it’s available in April? Would you like to see a 3DS version announced? Let us know your thoughts below.